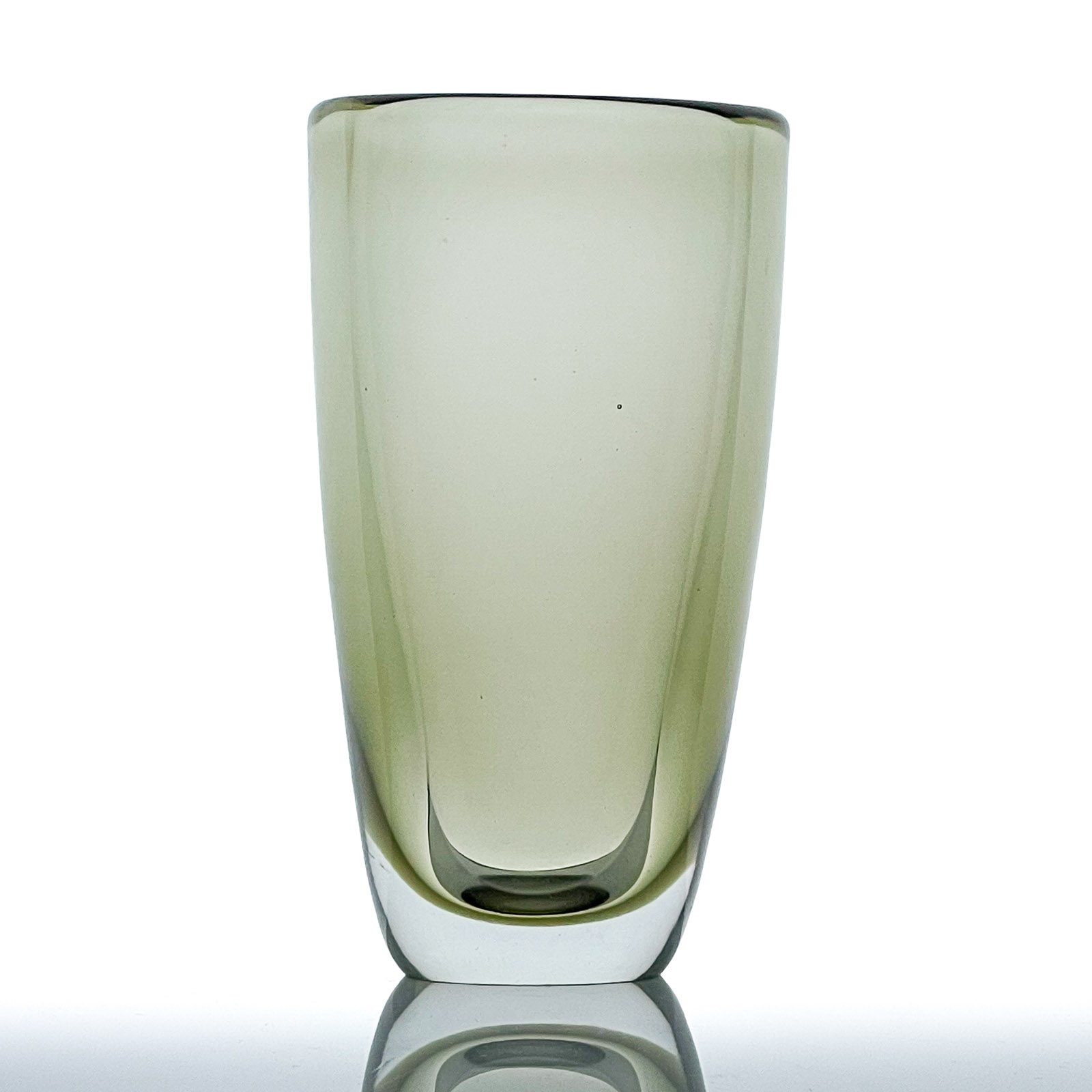 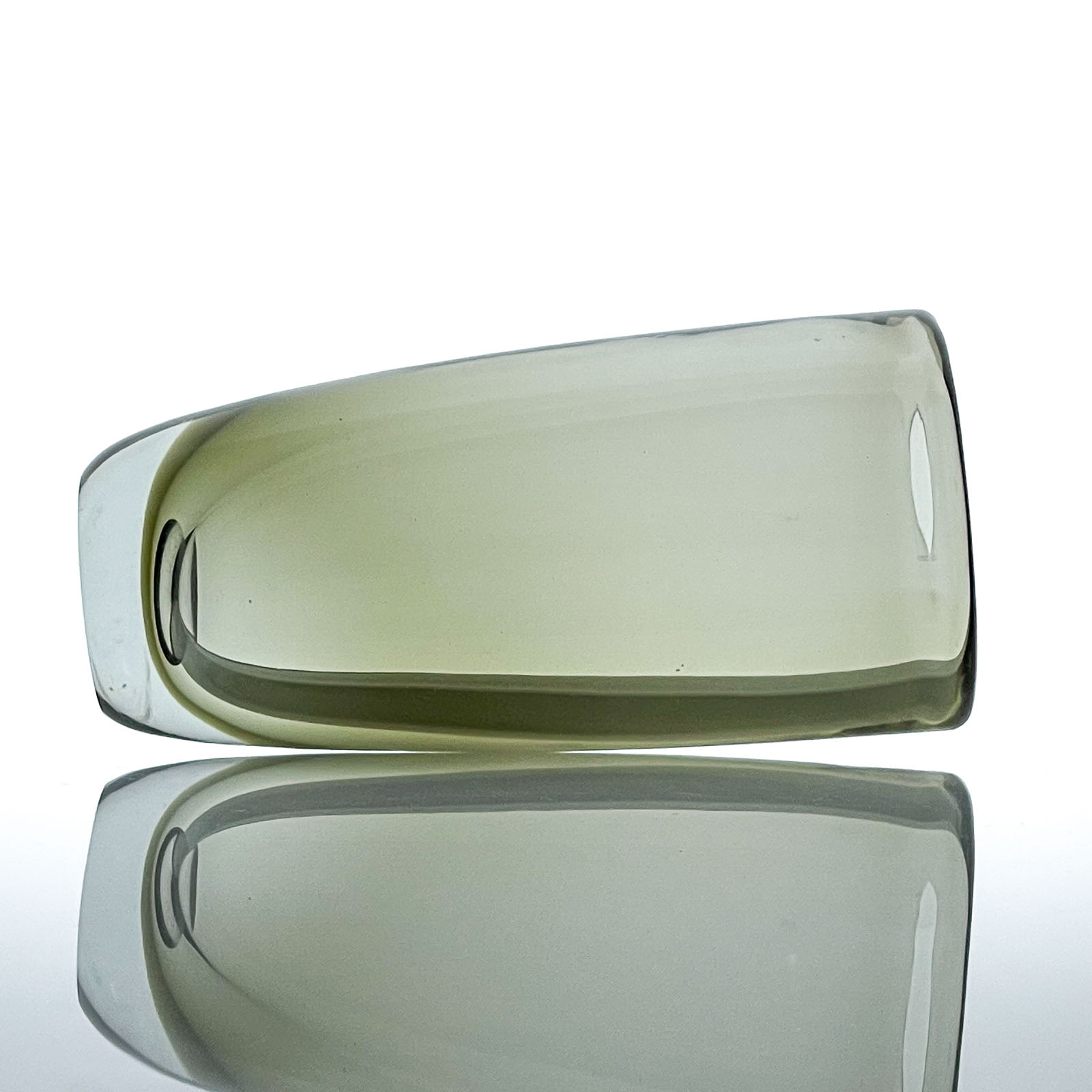 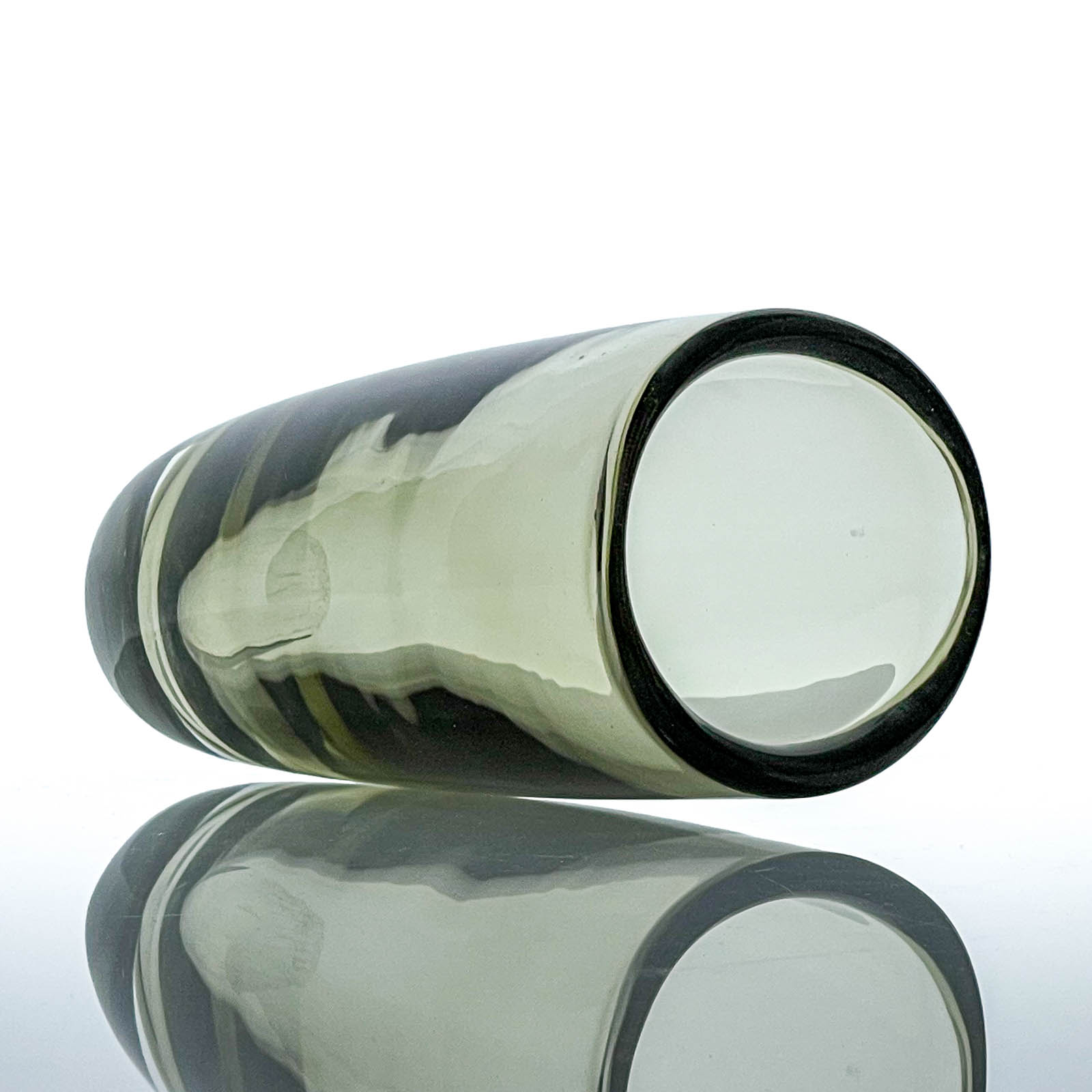 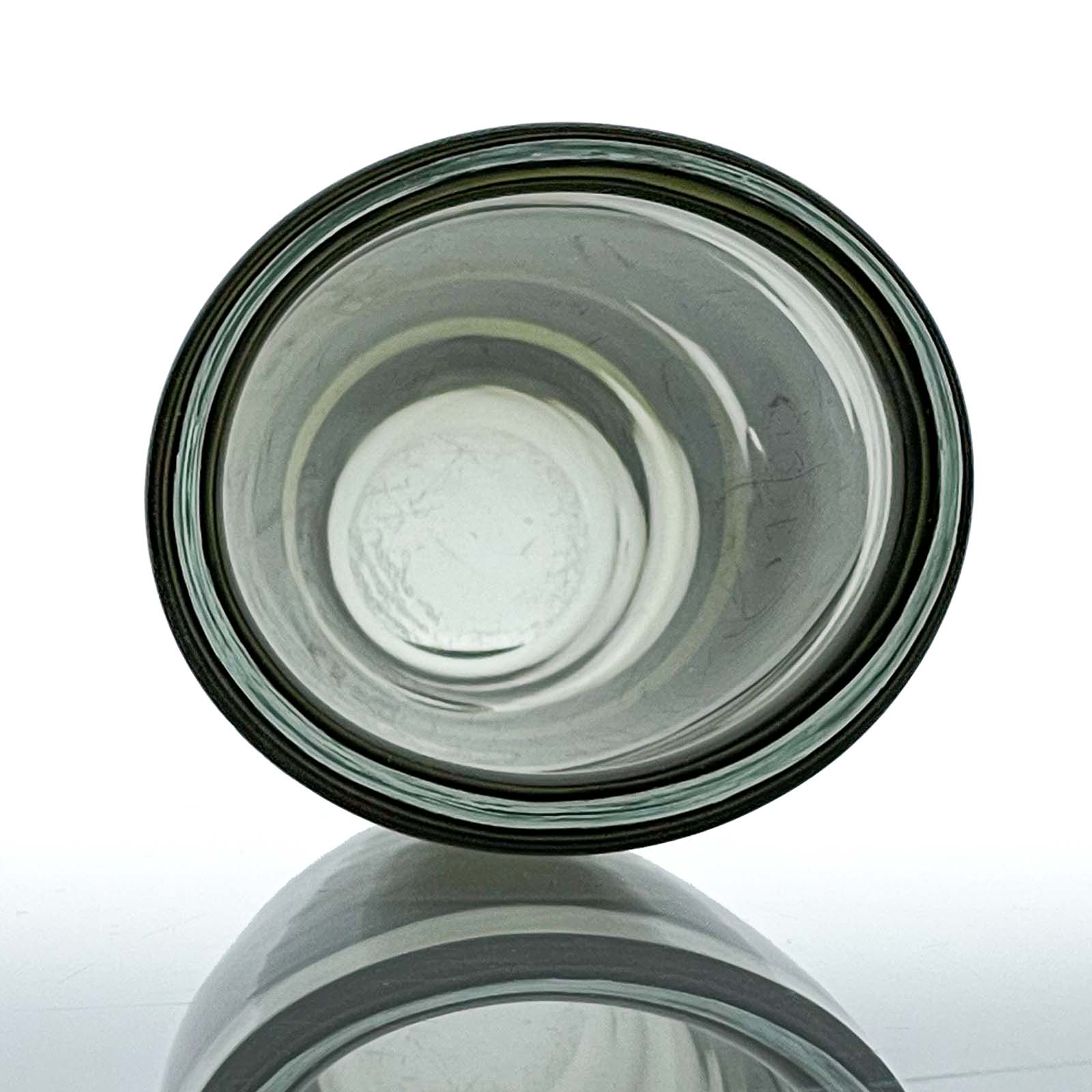 A free blown, flared, cut and polished smoke grey-green and clear cased glass art-object, model KF 108. Designed by Kaj Franck in 1953 and executed by the Nuutajärvi-Notsjö glassworks in 1954.

These art-objects were made between 1953 and 1958 in two variants and three sizes. The more well known variant is gauzed and made of clear glass. This is a medium sized non-gauzed example executed in a beautiful smoke grey-green colour. It is marked underneath the base in diamondpen: K. Franck Nuutajärvi-Notsjö 54 (1954). 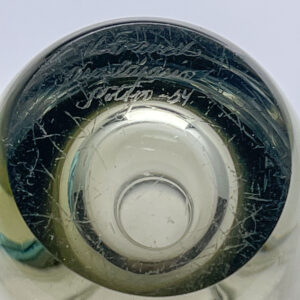