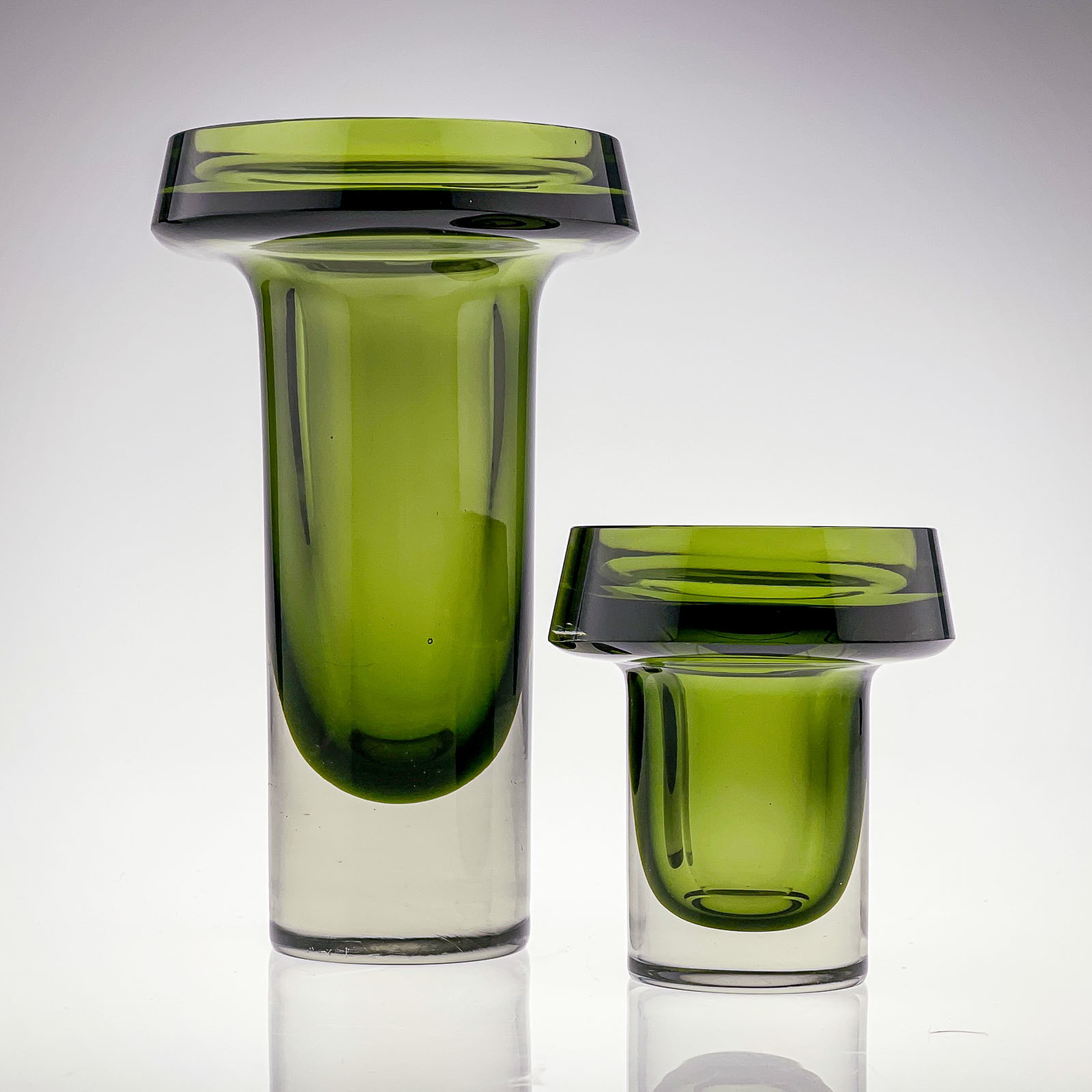 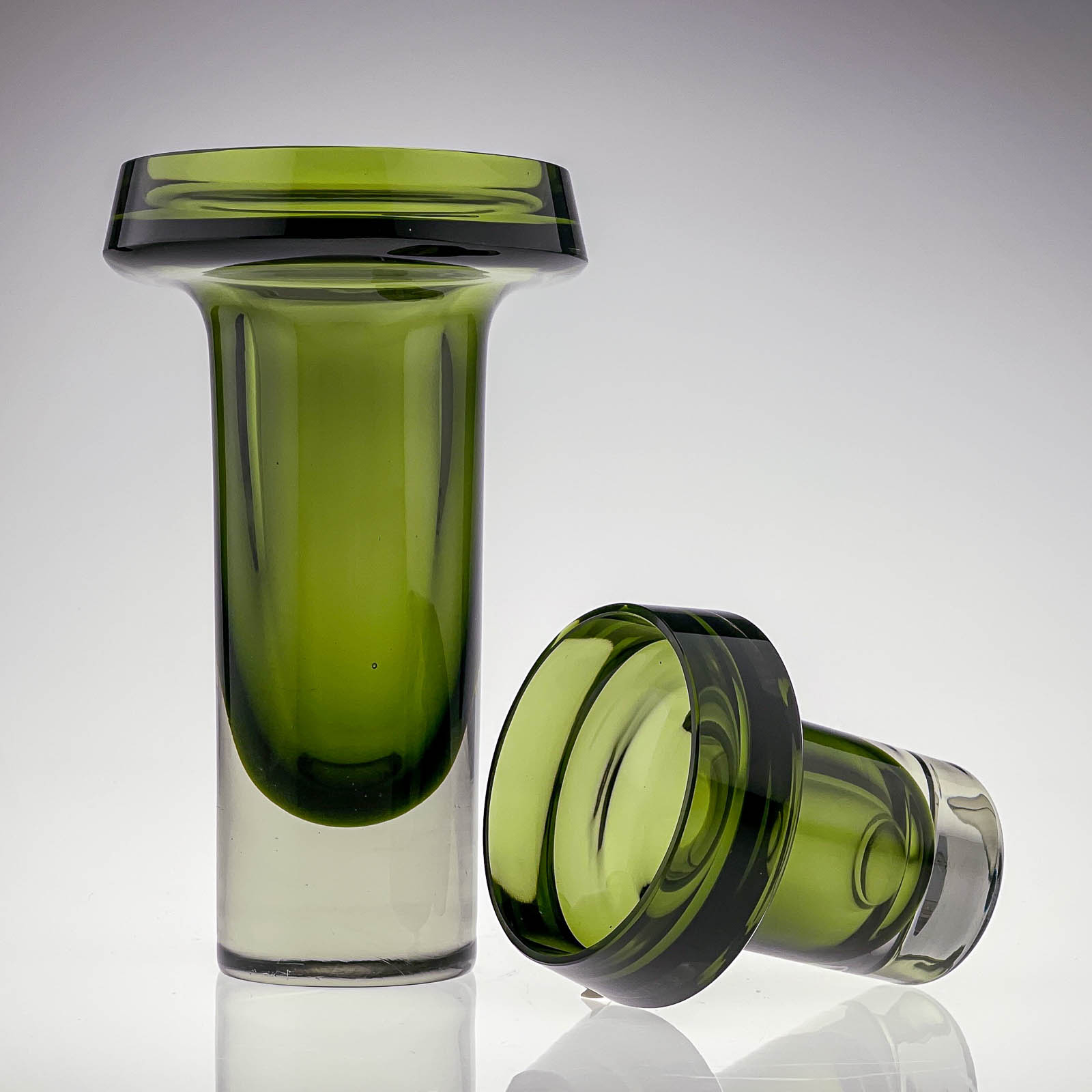 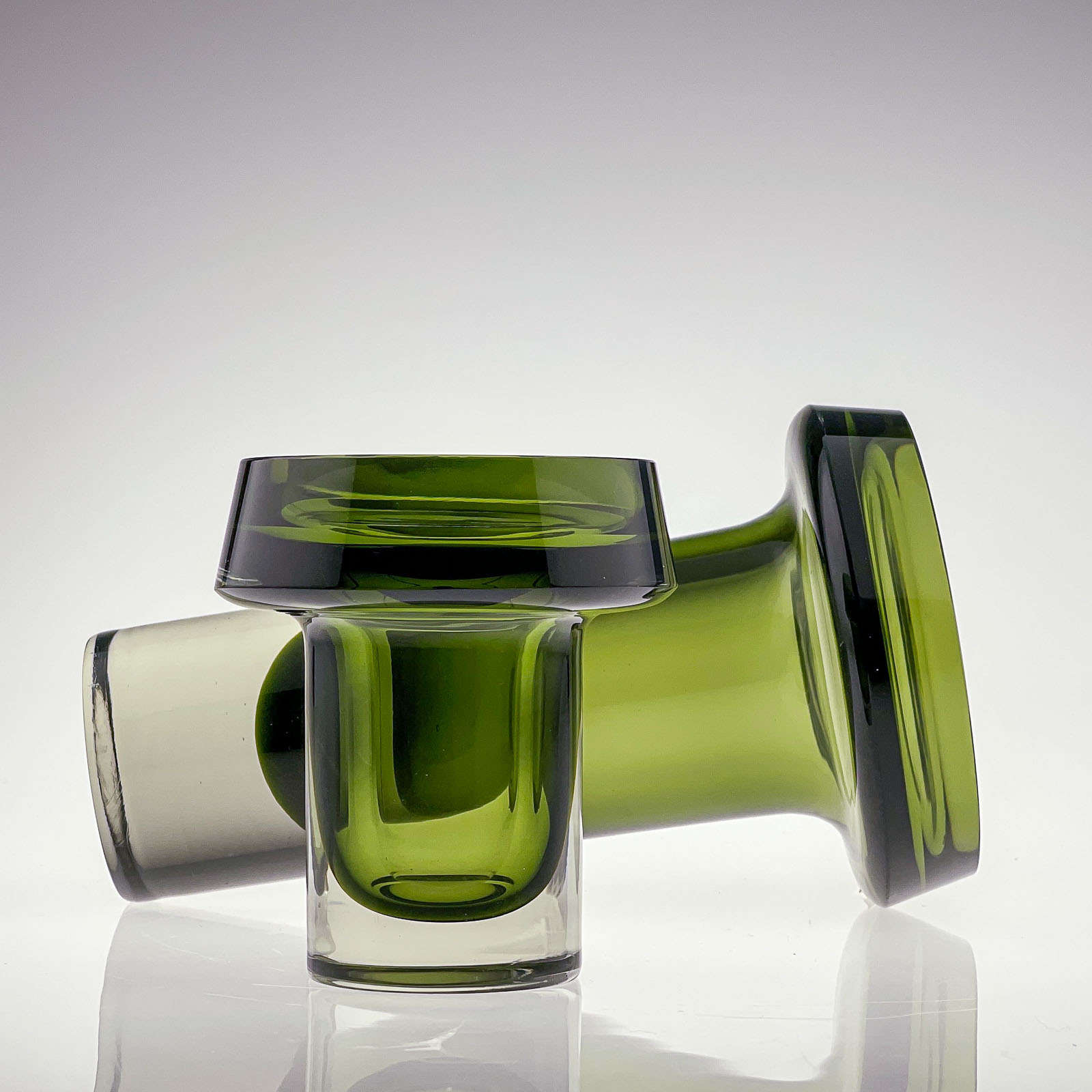 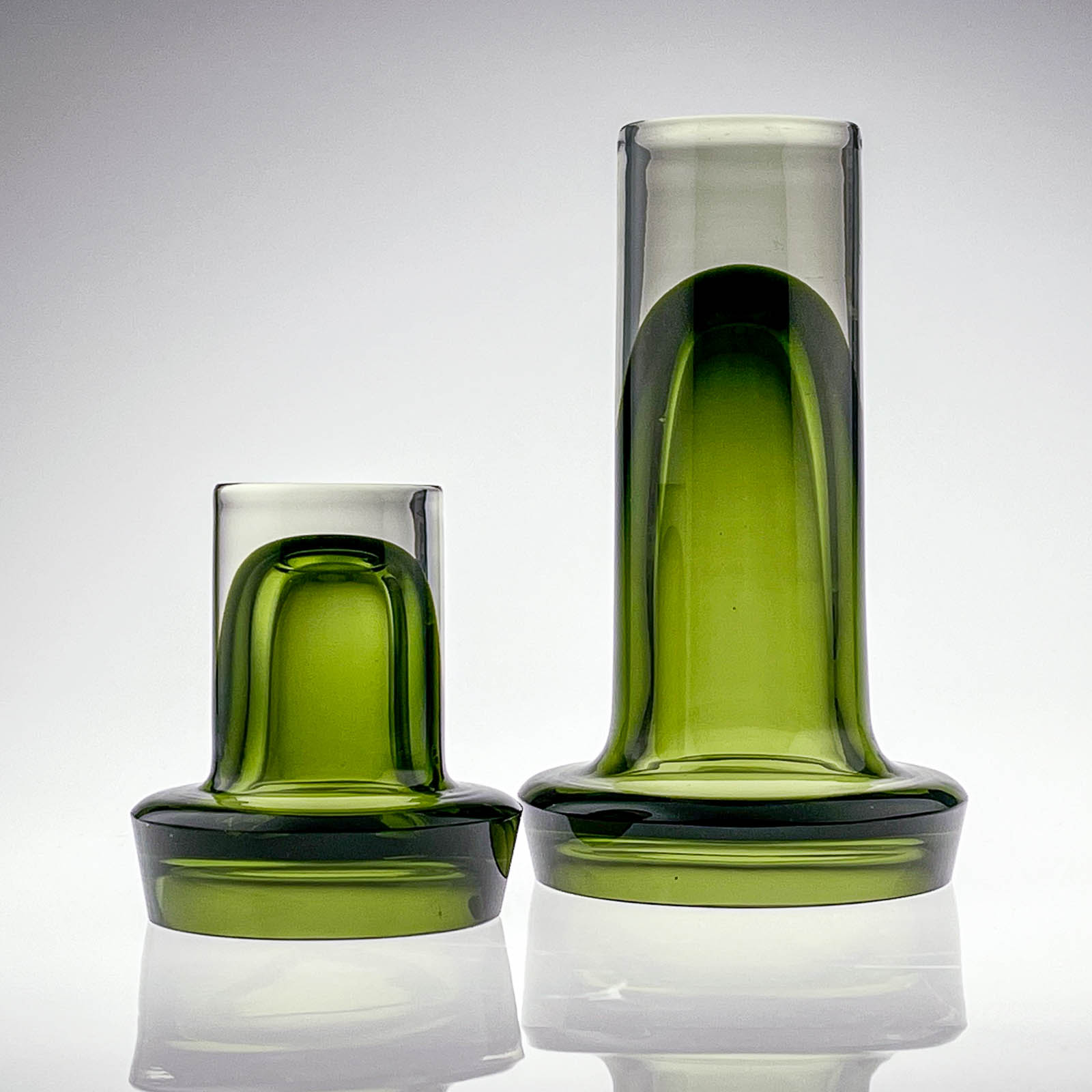 Two green and clear cased glass, turned mold blown and cut art-objects, model KF 260, designed by Kaj Franck in 1960, both were executed by the Nuutajärvi-Notsjö glassworks in 1960.

These art-objects were only made between 1960 and 1966 in three colors (green, blue and purple) and three sizes (110, 140, 220 mm). This being a matched pair of the smallest and tallest examples in a rare moss-green colour.

These art-objects are in good condition, some minor scratches and wear consistent with age and use.