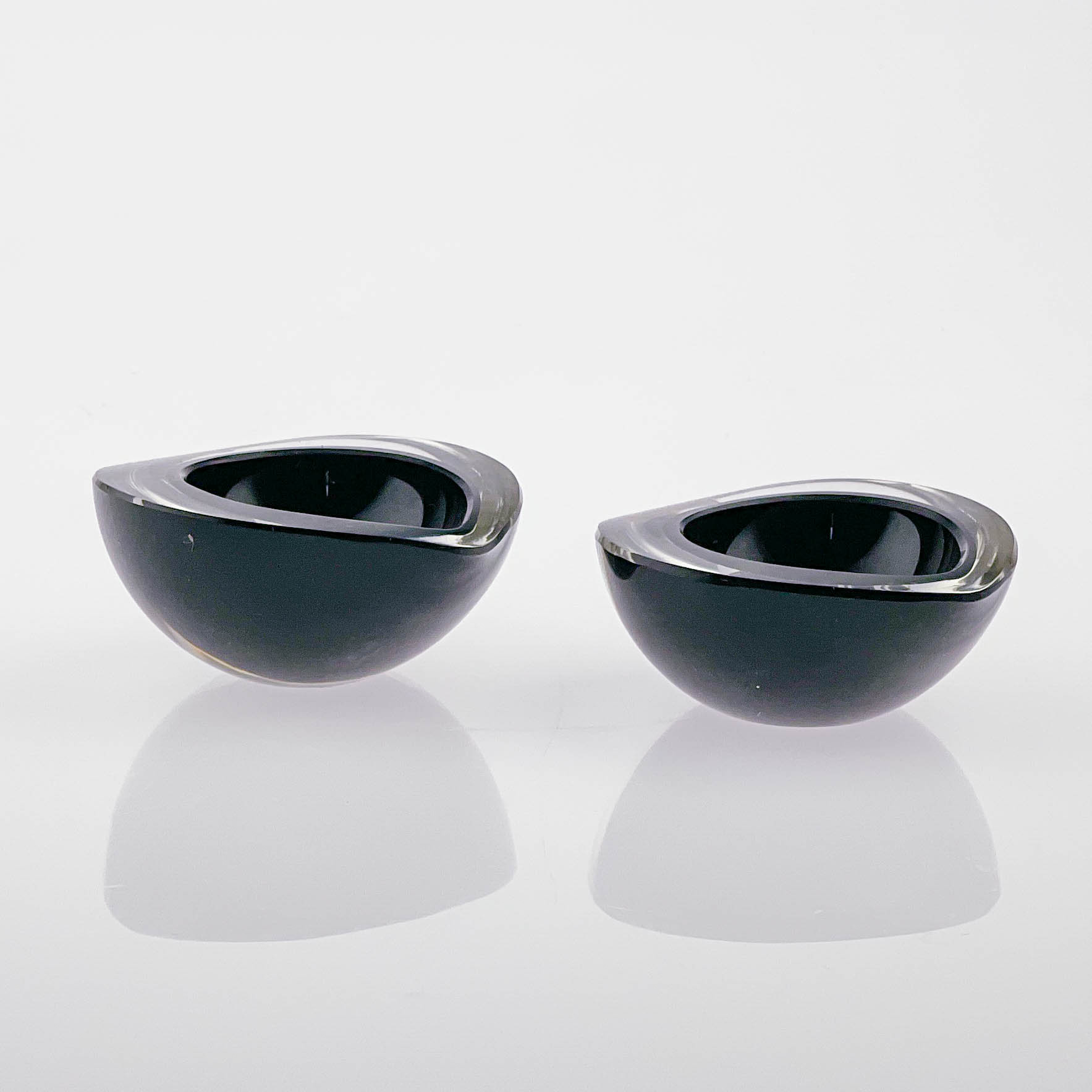 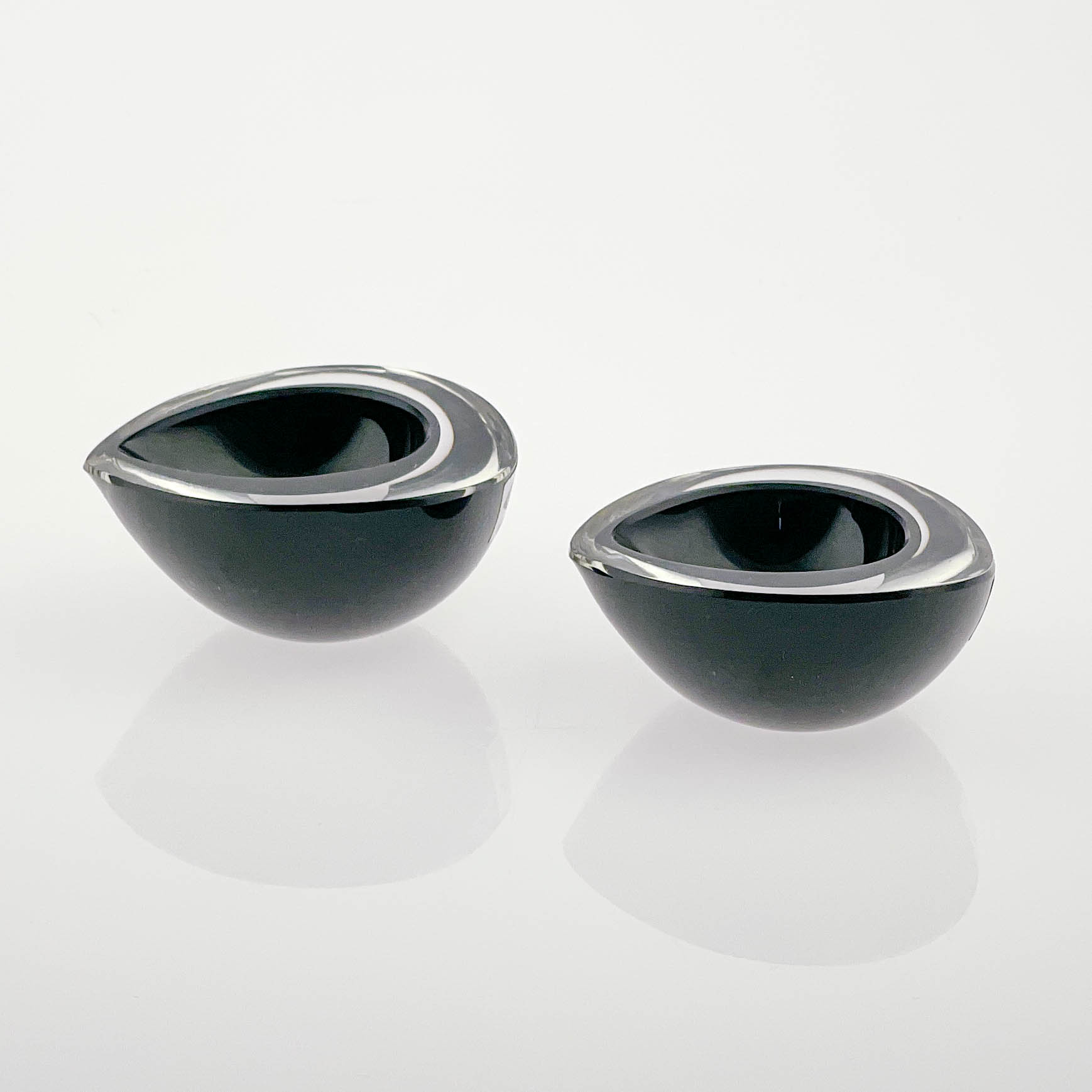 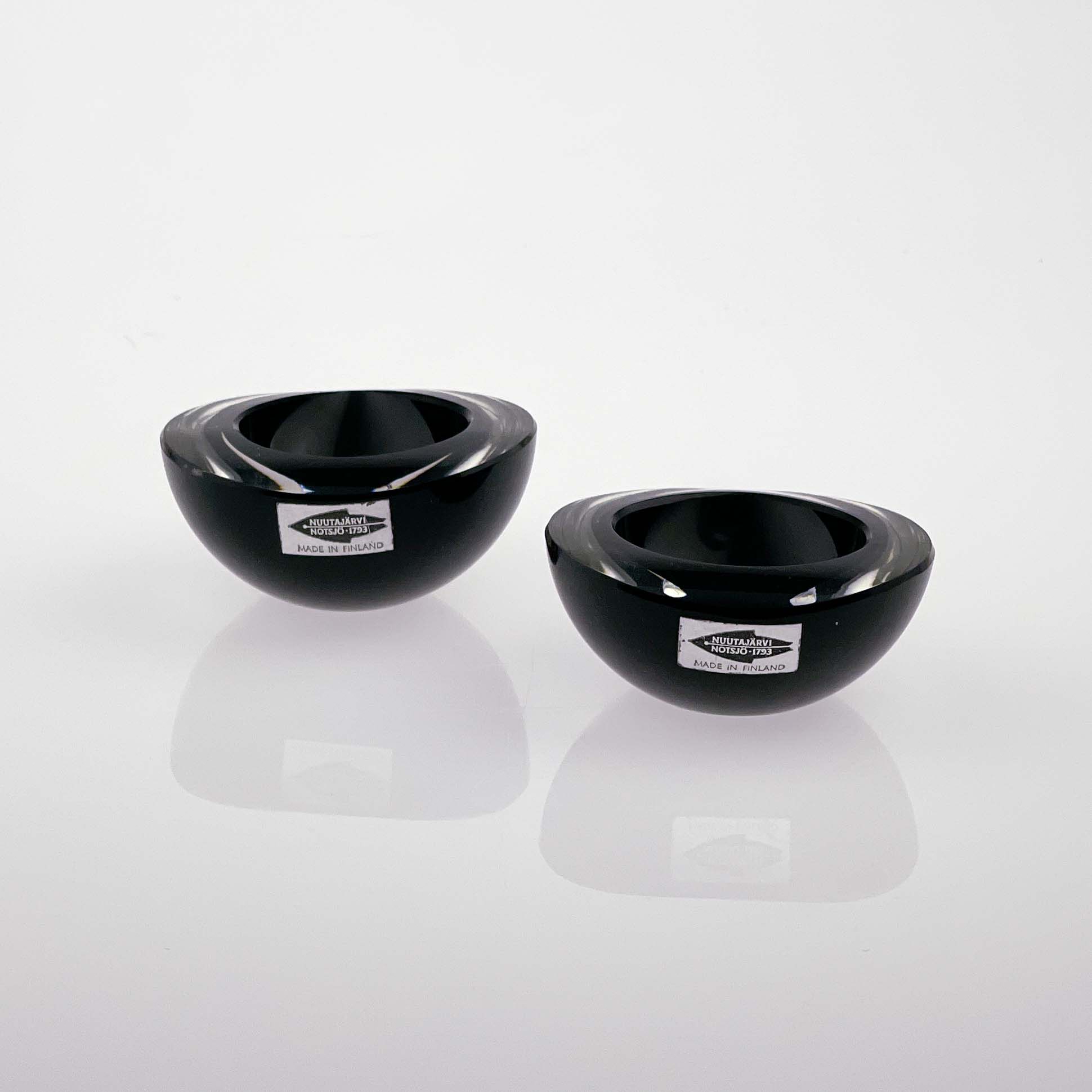 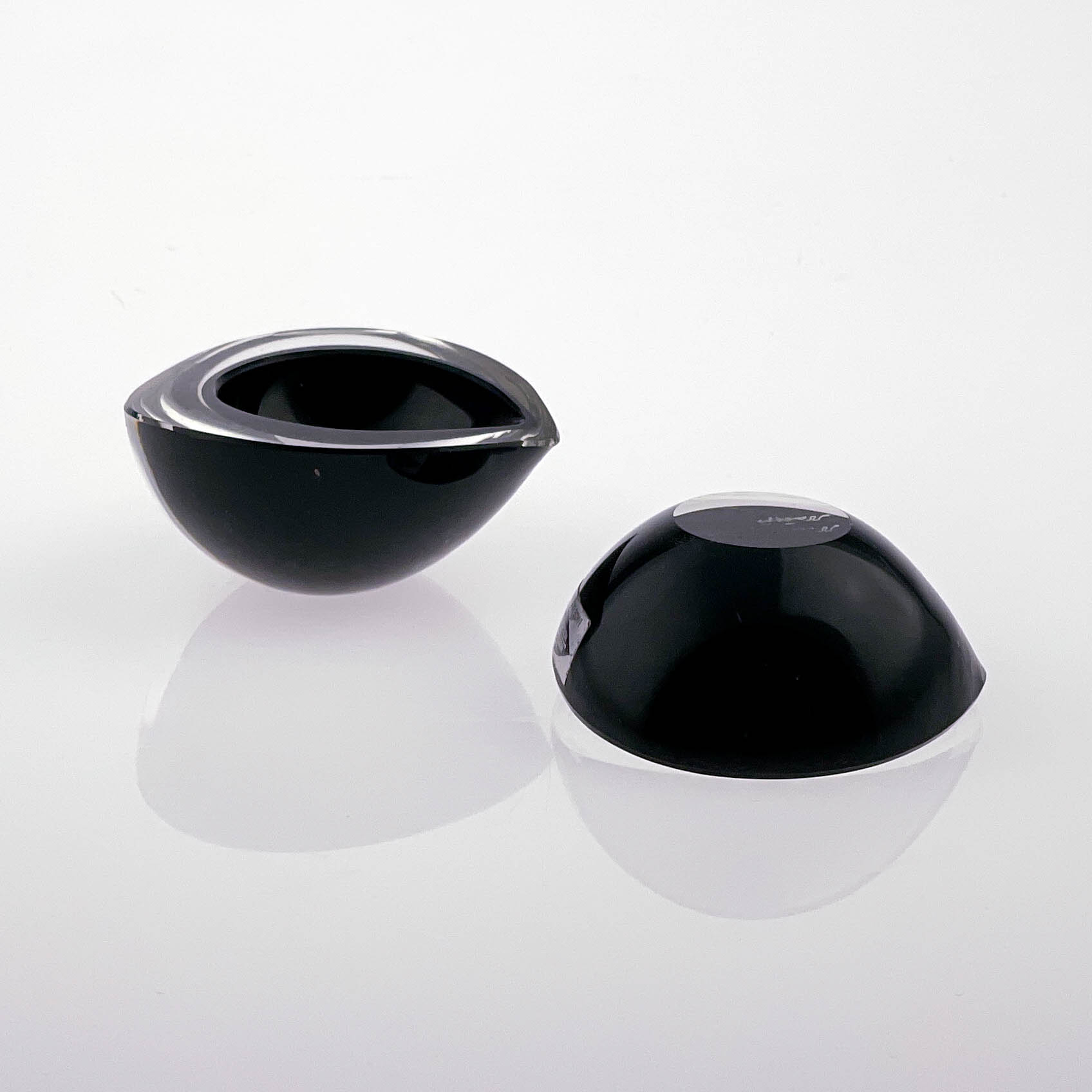 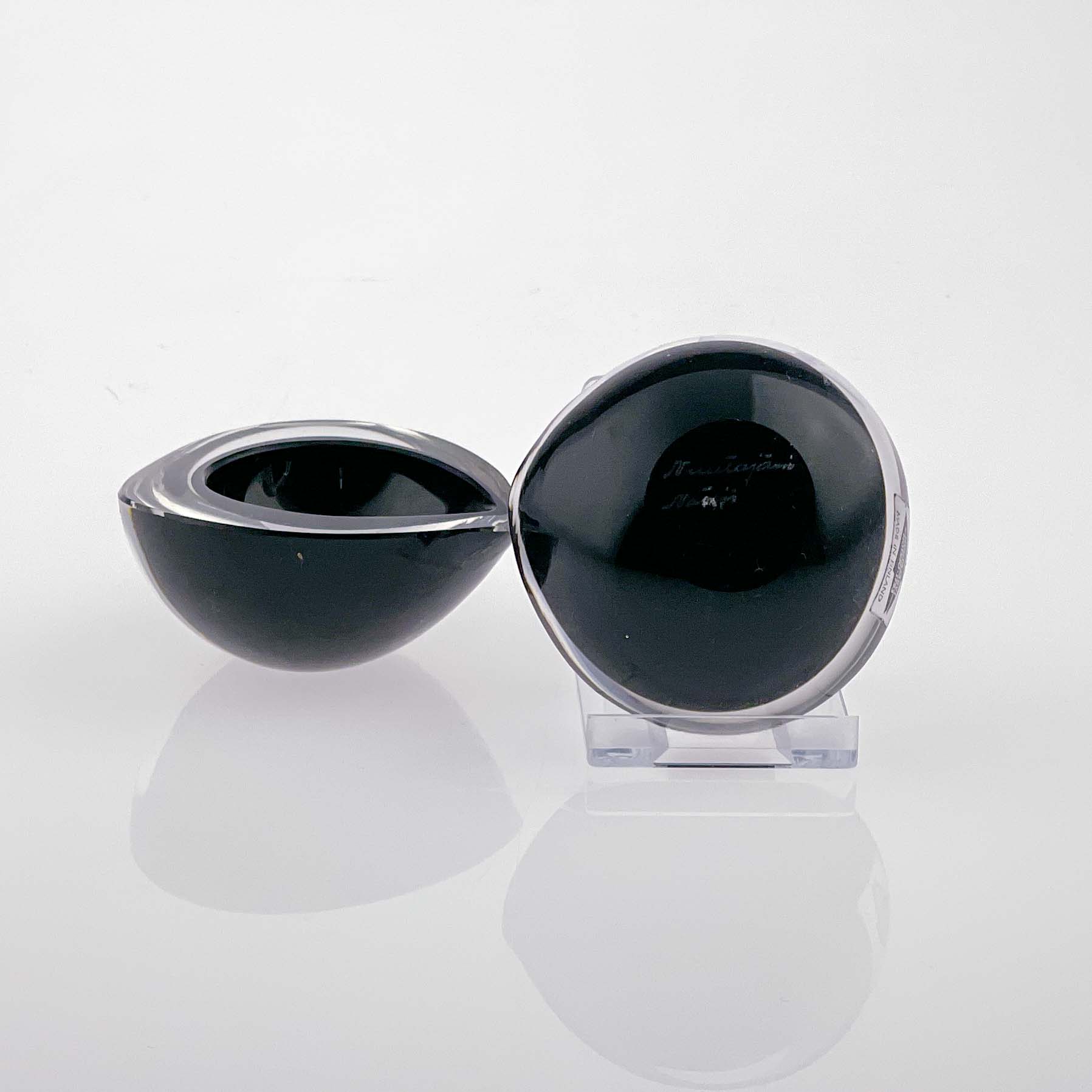 Two black and clear cased and cut artglass object "Kastanja" (chestnut), model KF211. Designed by Kaj Franck in 1952 and executed by the Nuutajärvi-Notsjö glassworks circa 1965.

These "Kastanja's" were made between 1952 and 1969 in two colours (black and white) in one size. This being two black examples in excellent condition.

They are marked underneath the base in diamondpen: Nuutajärvi-Notsjö. In accordance with Kaj Franck's ideas regarding the role of the artist in the creative process, his designs were - from mid 1960's tot the late 1960's - signed withe the factory name only. They also bear the original factorylabel on the side. 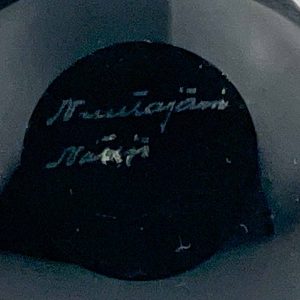 Both "Kastanja's"are in very good condition. Some minor scratches and wear consistent with age and use. No chips or cracks.