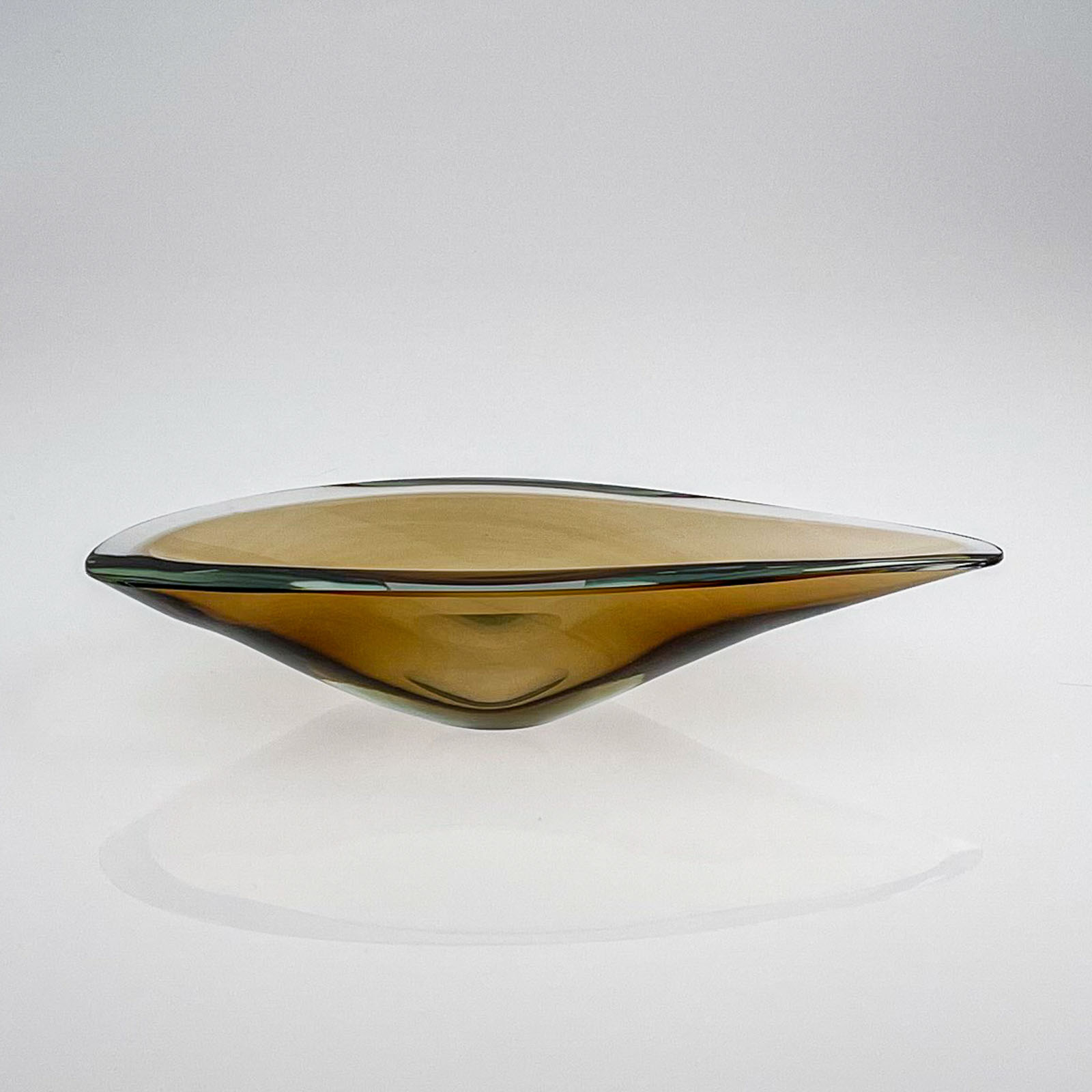 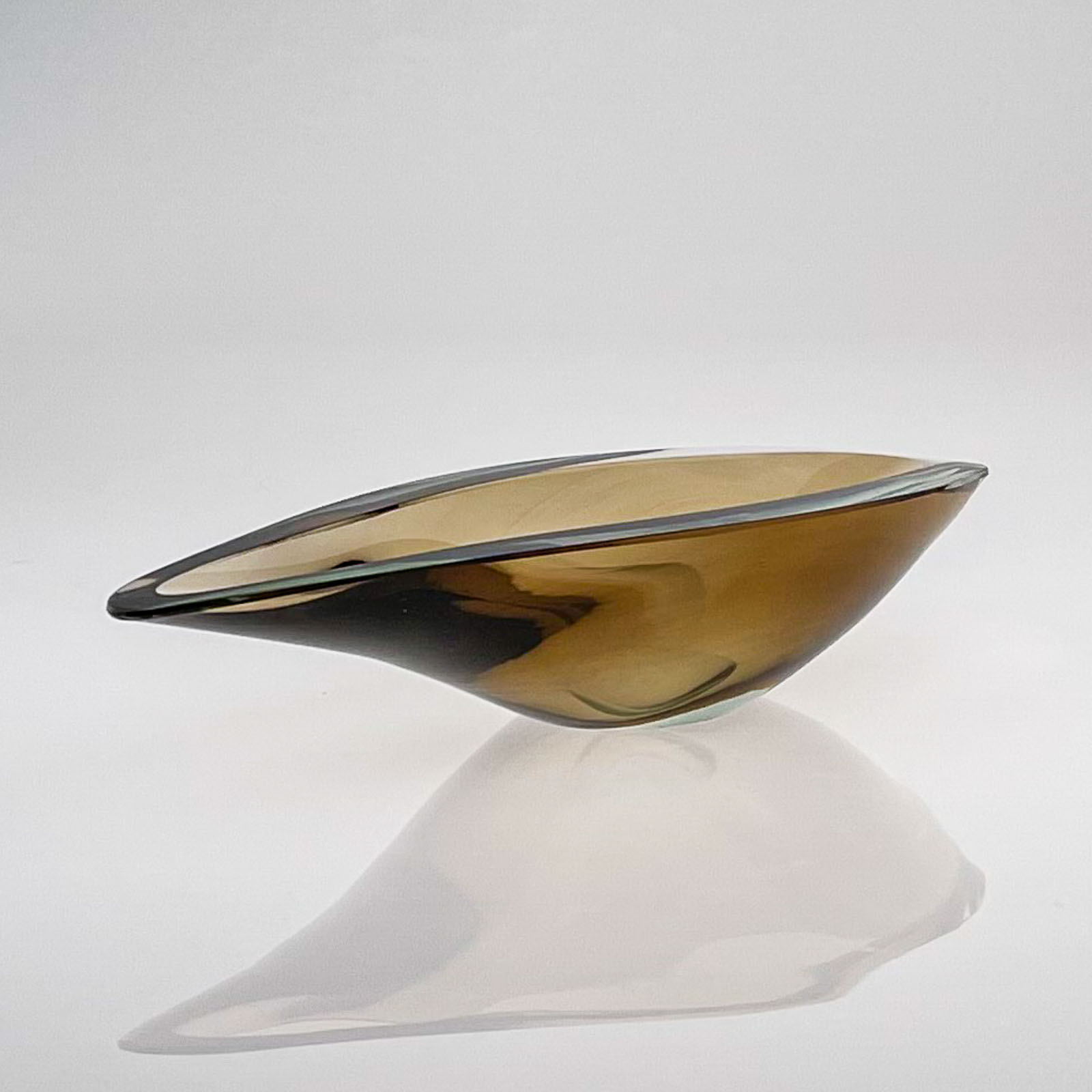 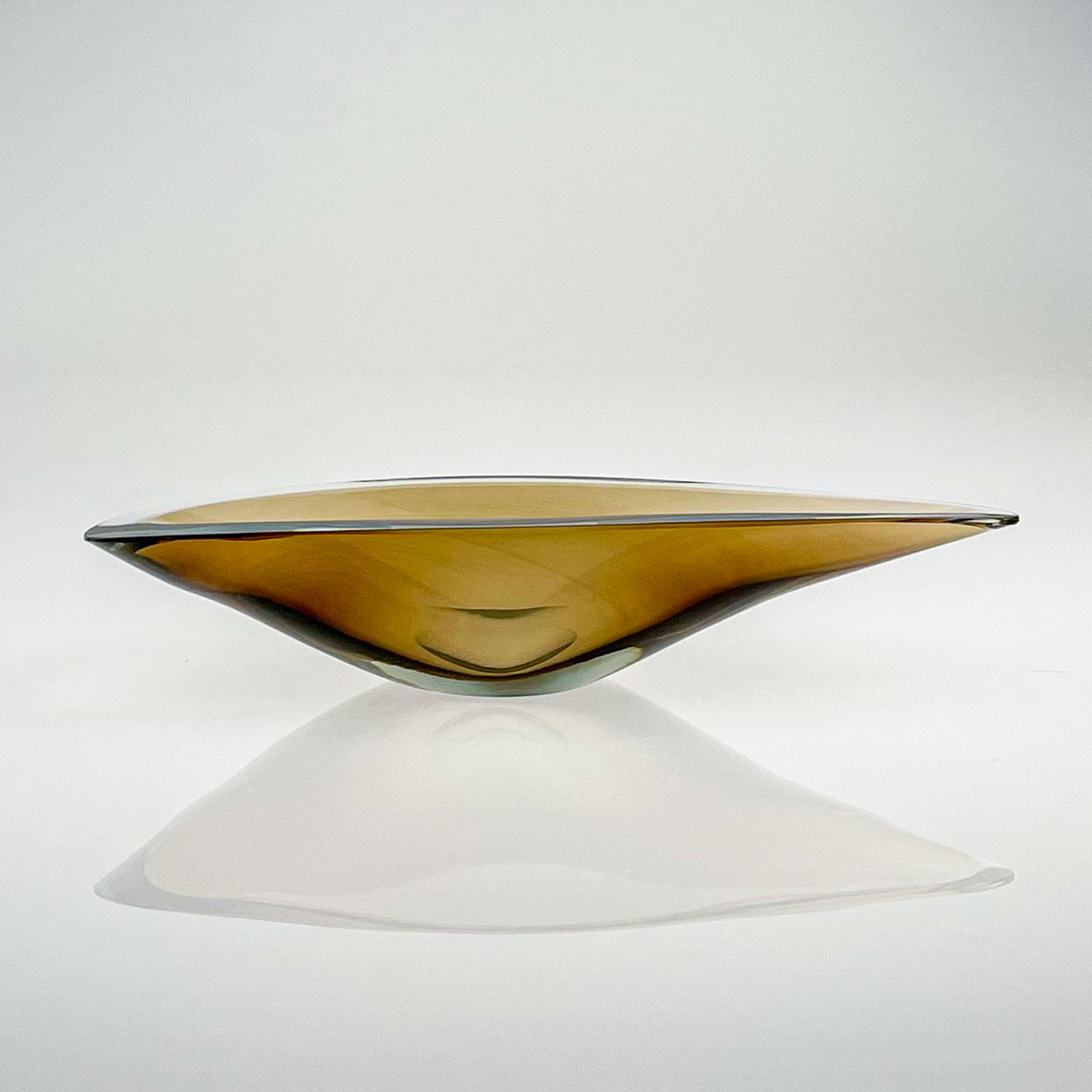 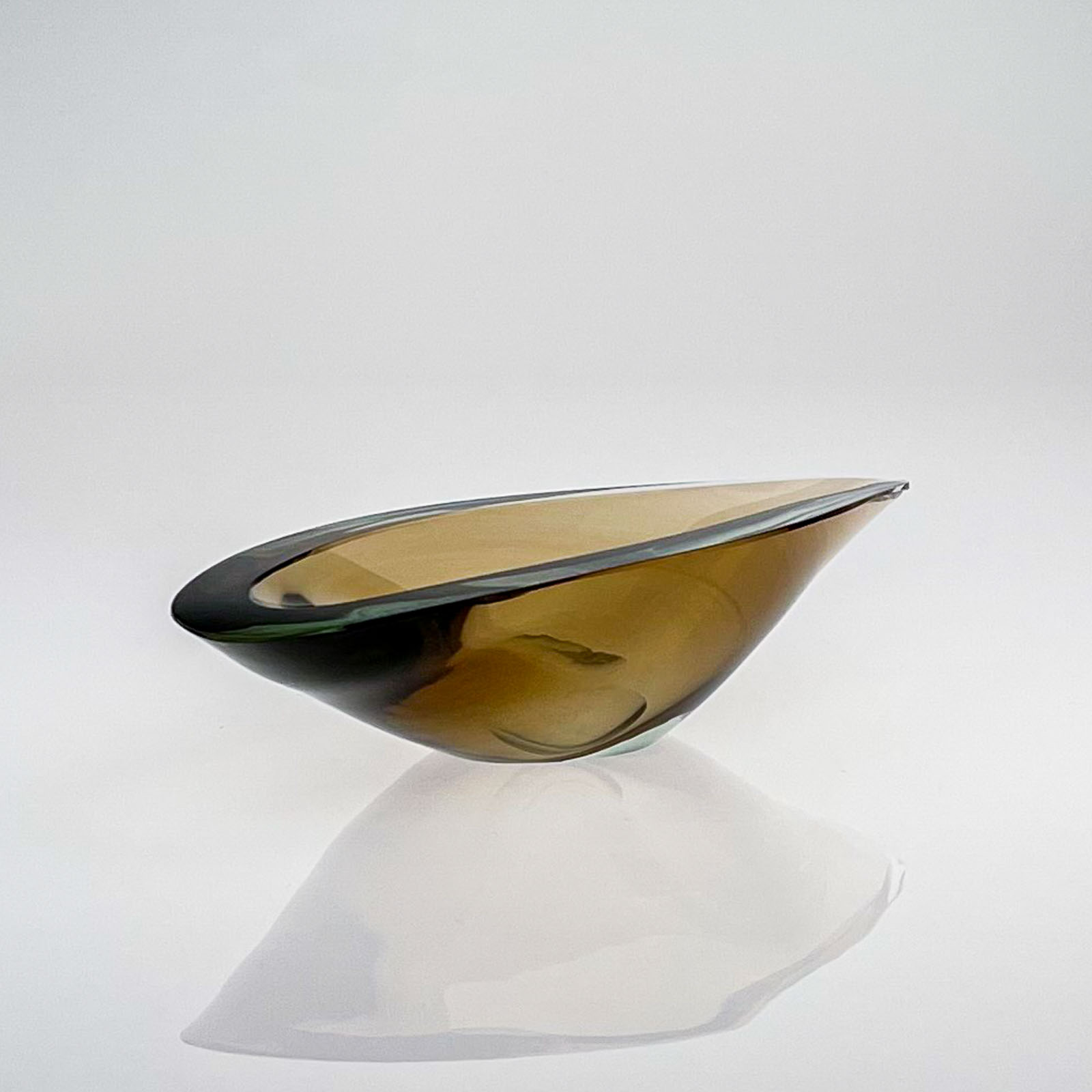 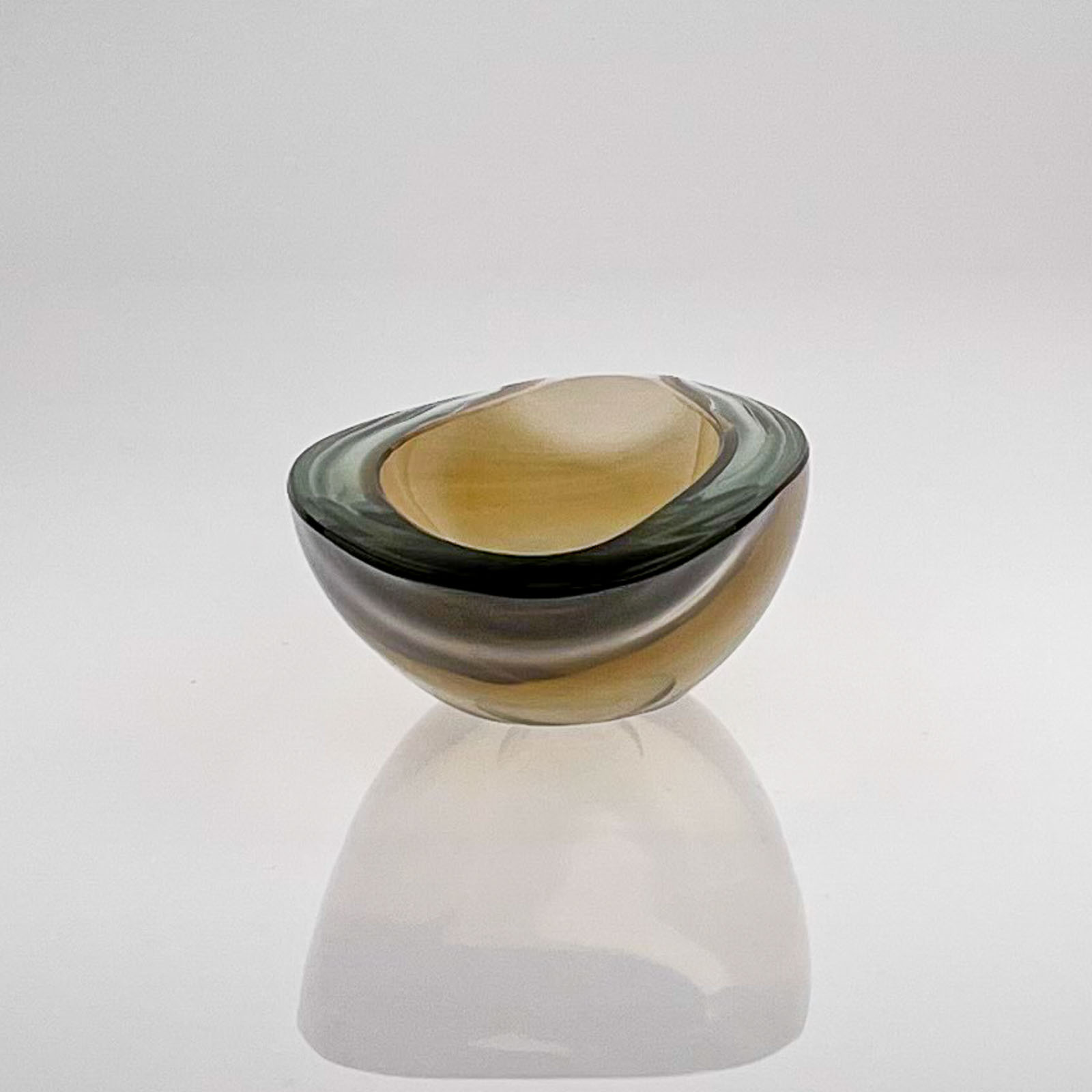 A free blown, flared, cut and polished light brown and clear cased glass art-object "Pajunlehti" or "Willowleaf", model KF 210. Designed by Kaj Franck in 1954 and executed by the Nuutajärvi-Notsjö glassworks circa 1960.

These art-objects were made in three different size-ranges and several colours between 1954 and 1963. This being a largest size example in a unusual light brown colour. The same colour used in the Nuutajärvi-Notsjö glassworks for one of the "Prisma" variants.

Etched-signed underneath the base. The etching has faded though and only K. F. remains readable. Either it was signed this way or the rest of the designers name has faded. 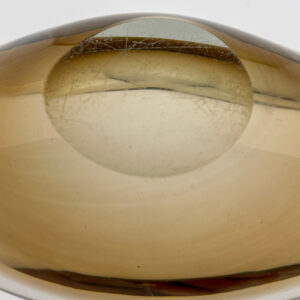