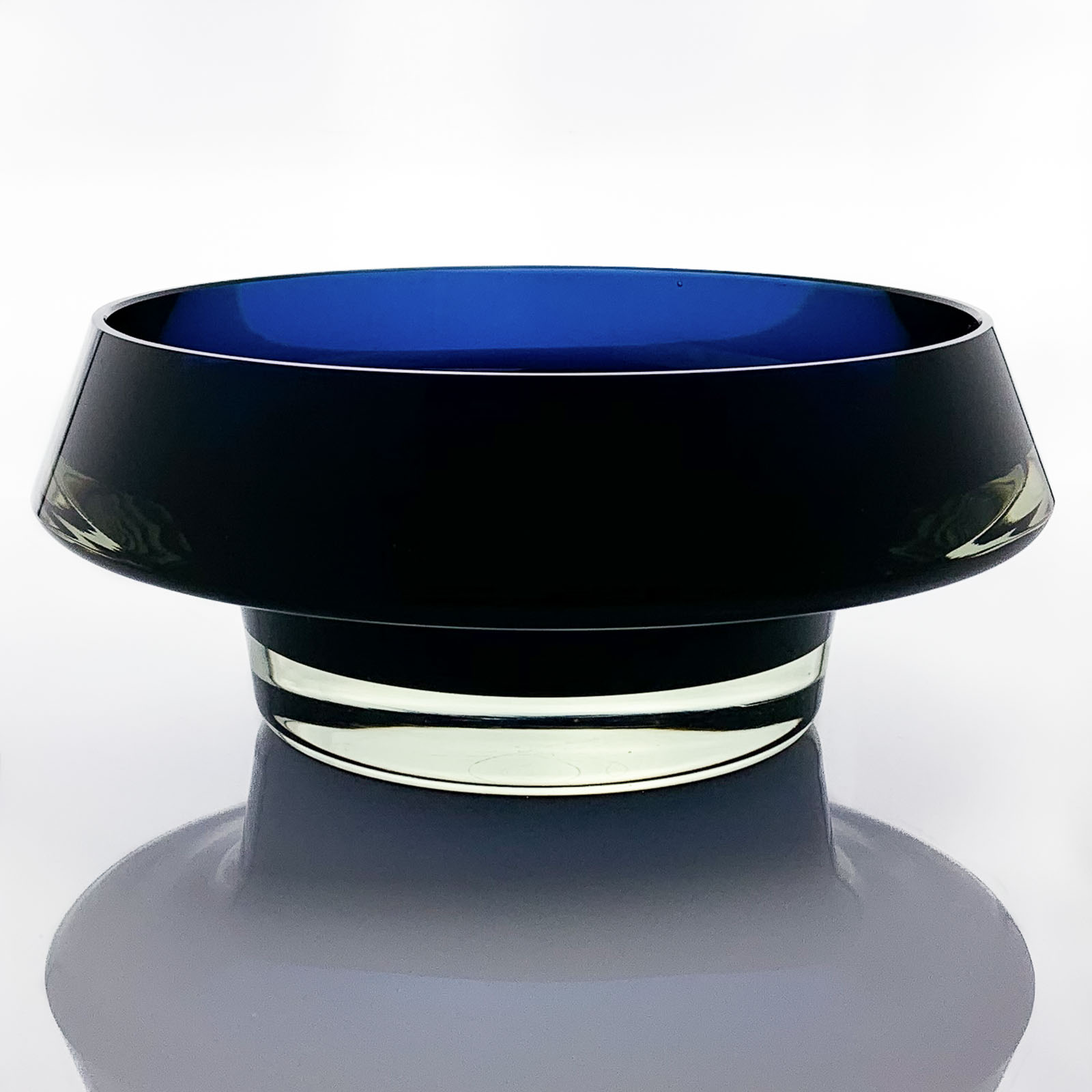 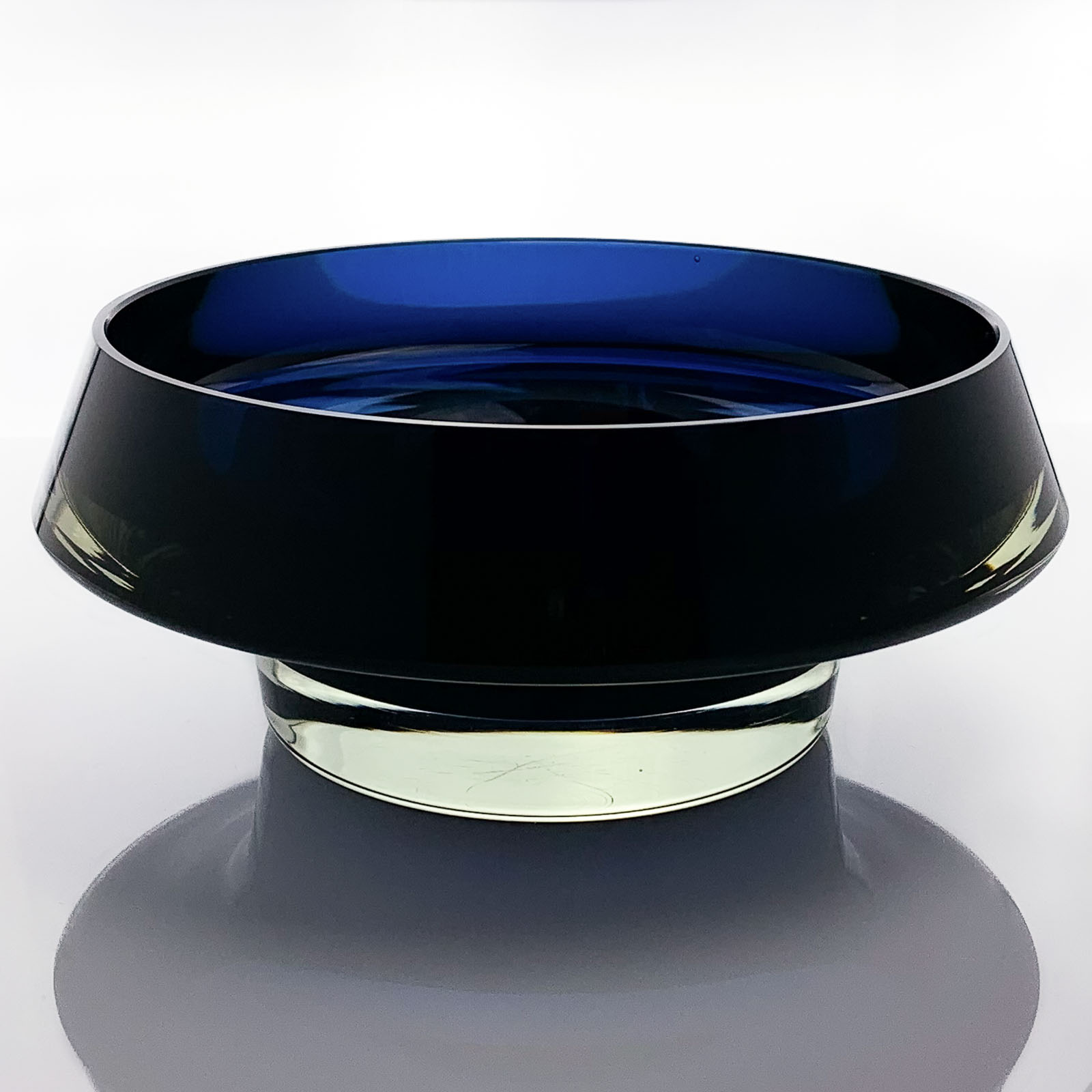 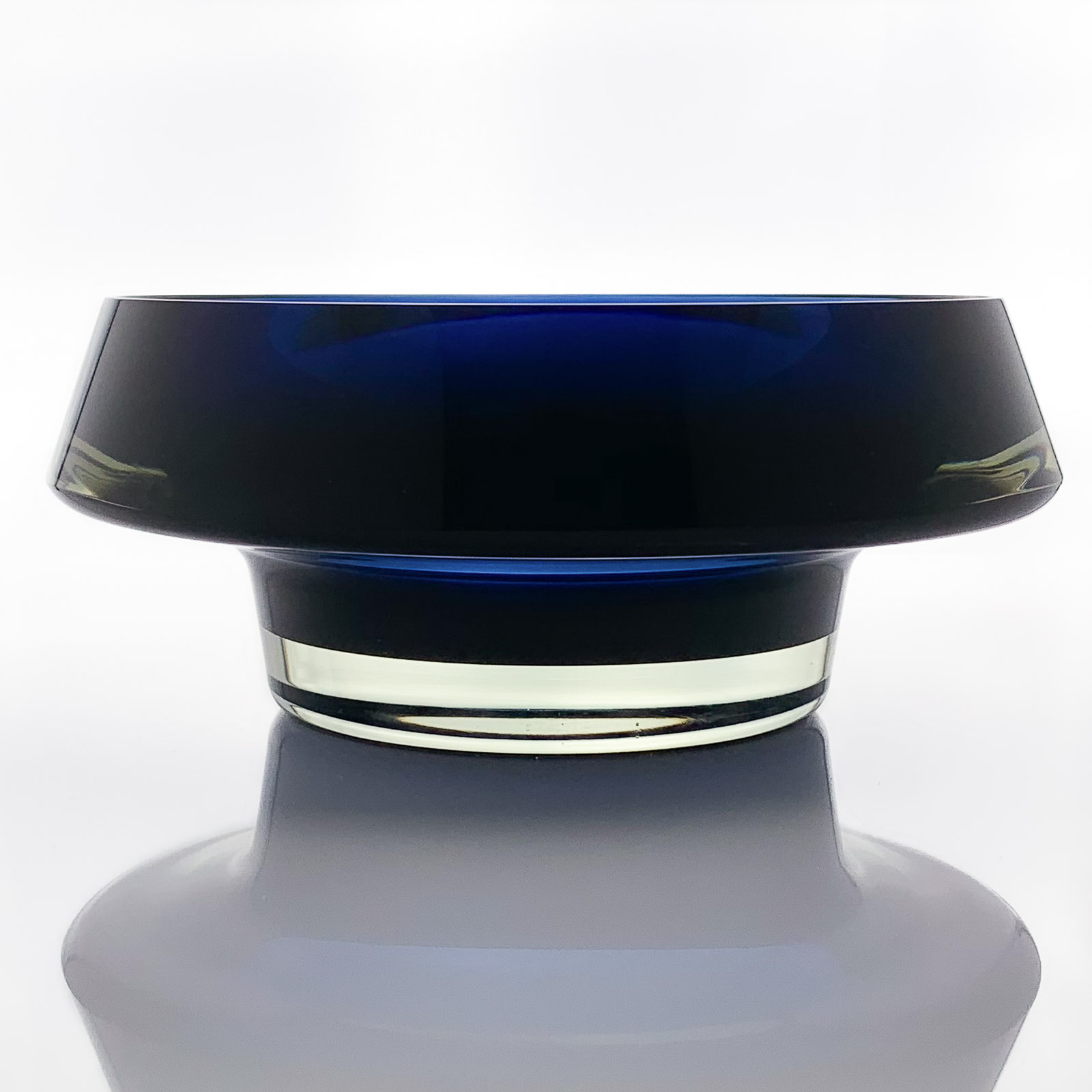 Large round, blue and clear cased glass, moldblown, turned and cut art-object, model KF 261. Designed by Kaj Franck in 1960, executed by the Nuutajärvi-Notsjö glassworks in 1961. 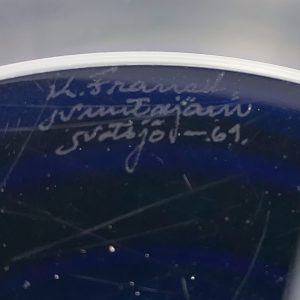