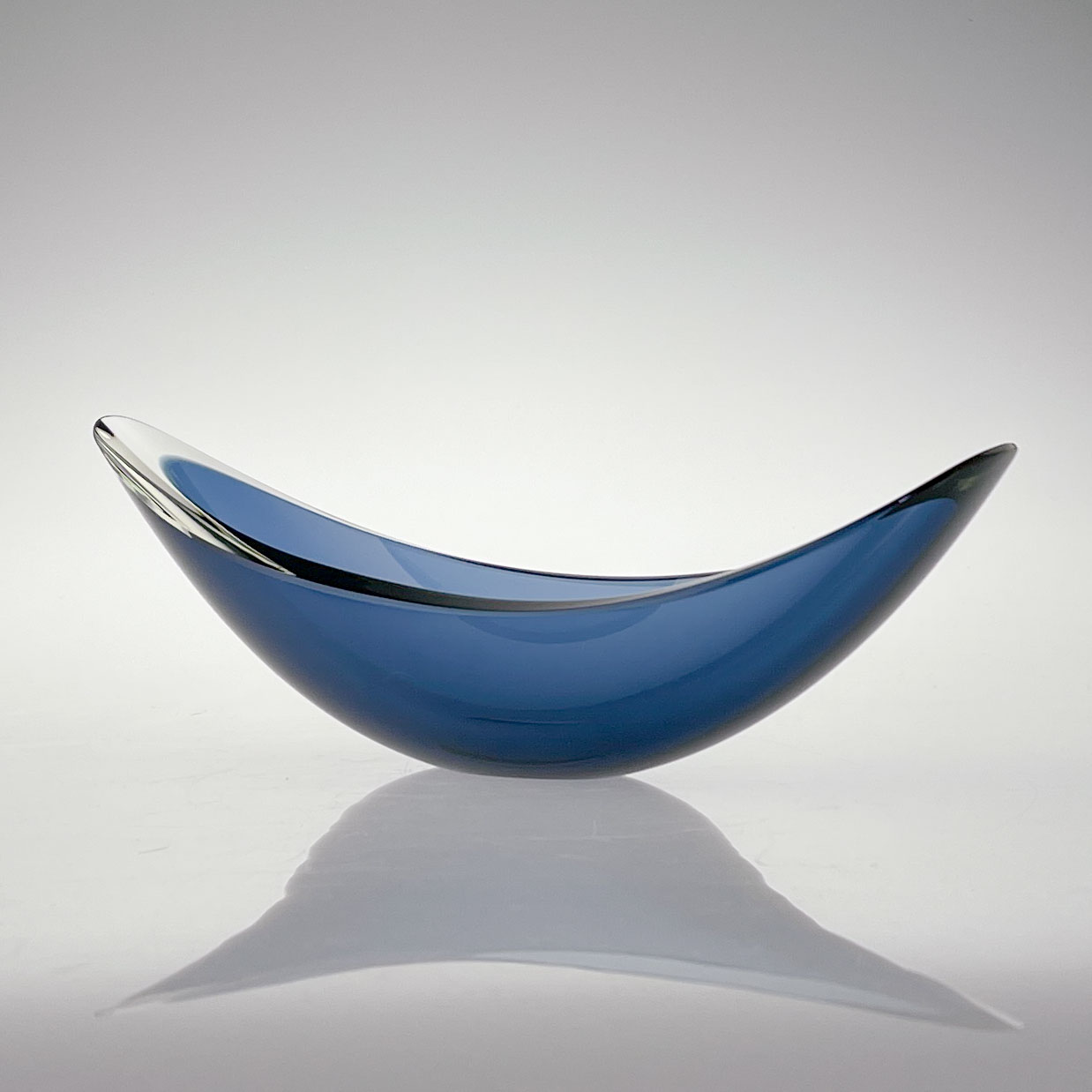 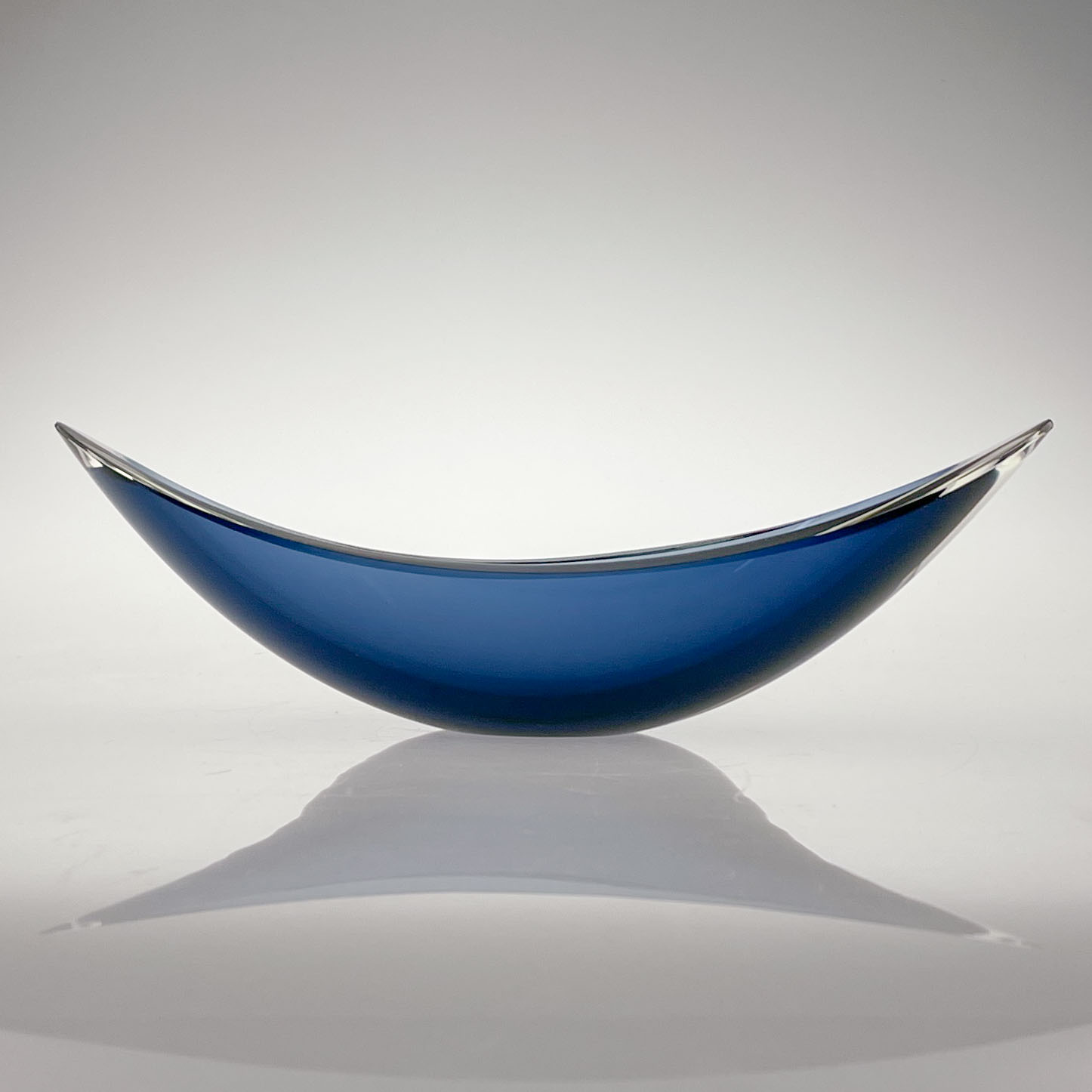 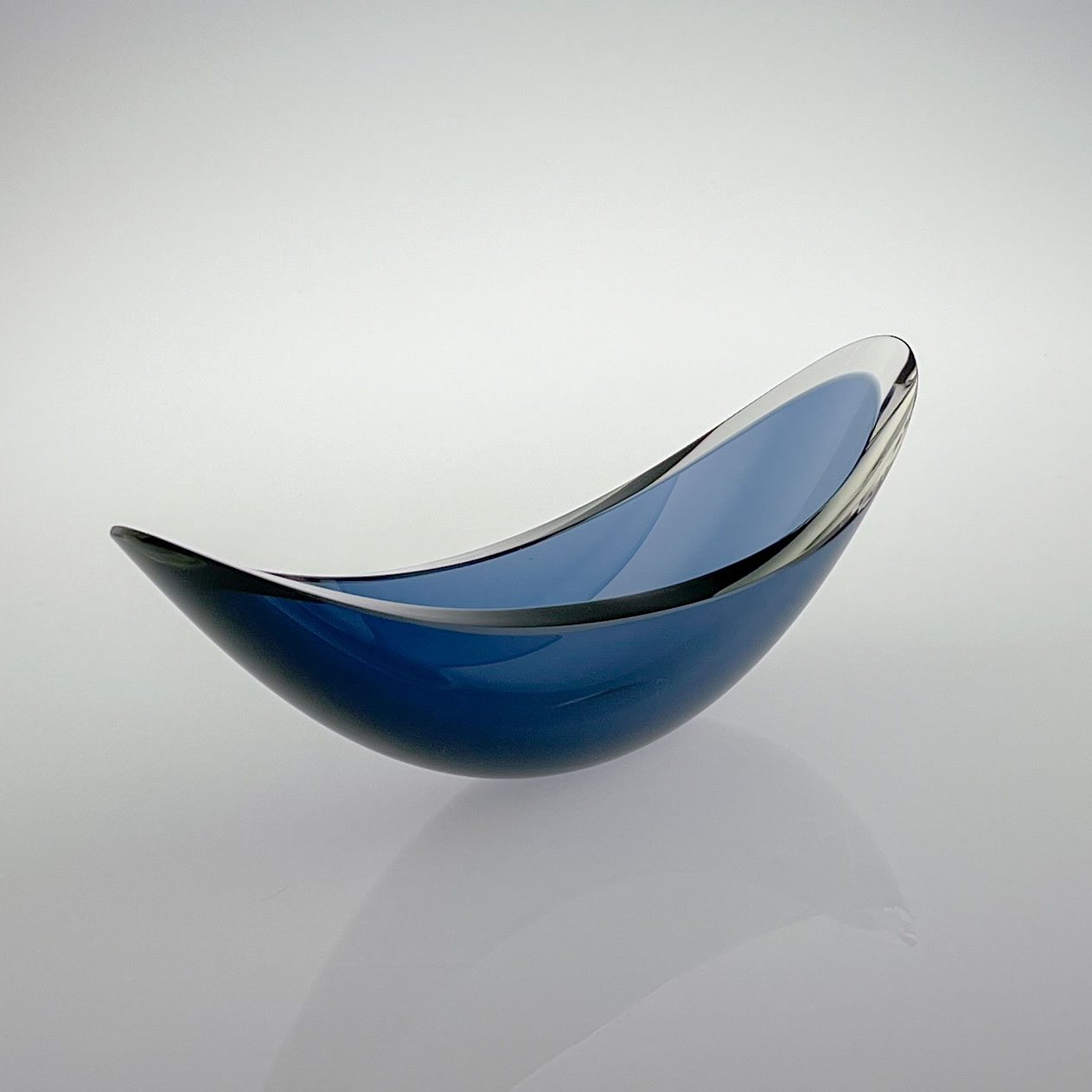 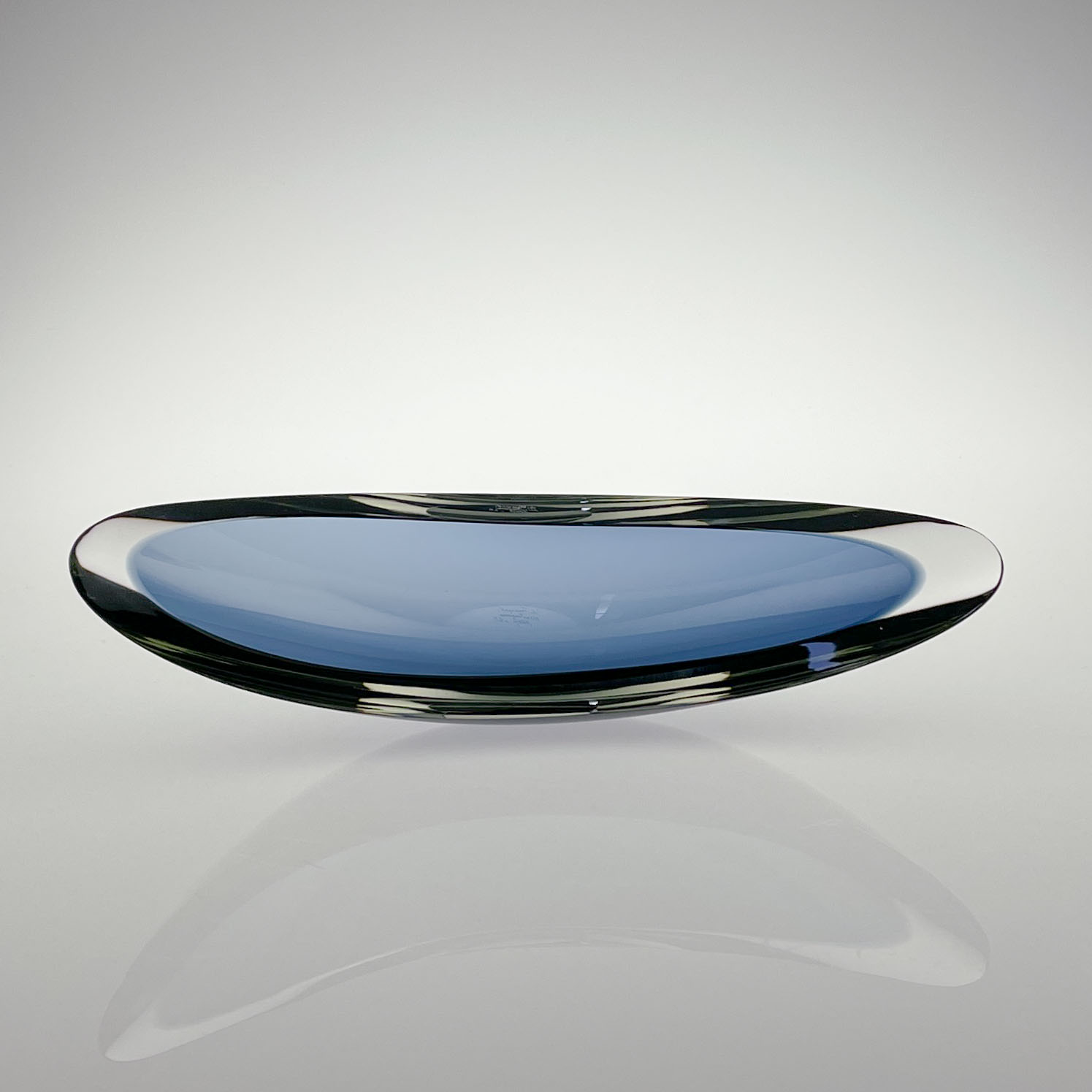 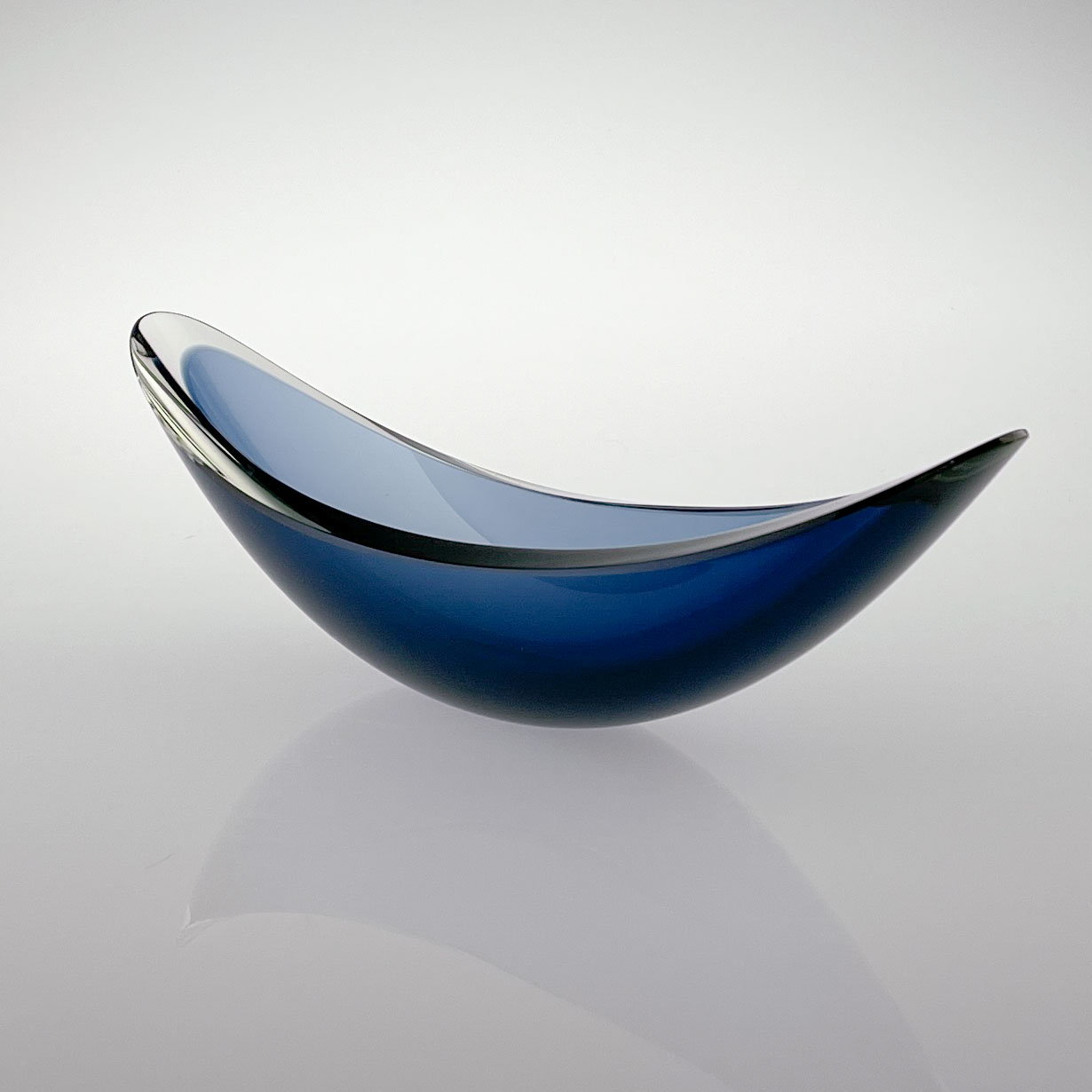 A free blown and cut and polished blue and clear cased artglass object "Lansetti"(Lancet), model KF218. Designed by Kaj Franck in 1953 and executed by the Nuutajärvi-Notsjö glassworks in 1963.

These rare objects were made between 1953-and 1966 in two different sizes and different colour combinations. This being a smaller sized blue and clear glass example made in 1963.

This art object is in very good vintage condition. It is fully signed and dated in diamondpen underneath the base: K. Franck Nuutajärvi-Notsjö '63. 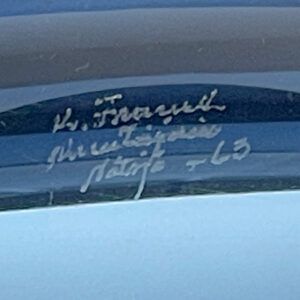 This "Lansetti" is in very good vintage condition. Some minor scratches and wear consistent with age and use. No chips or cracks.