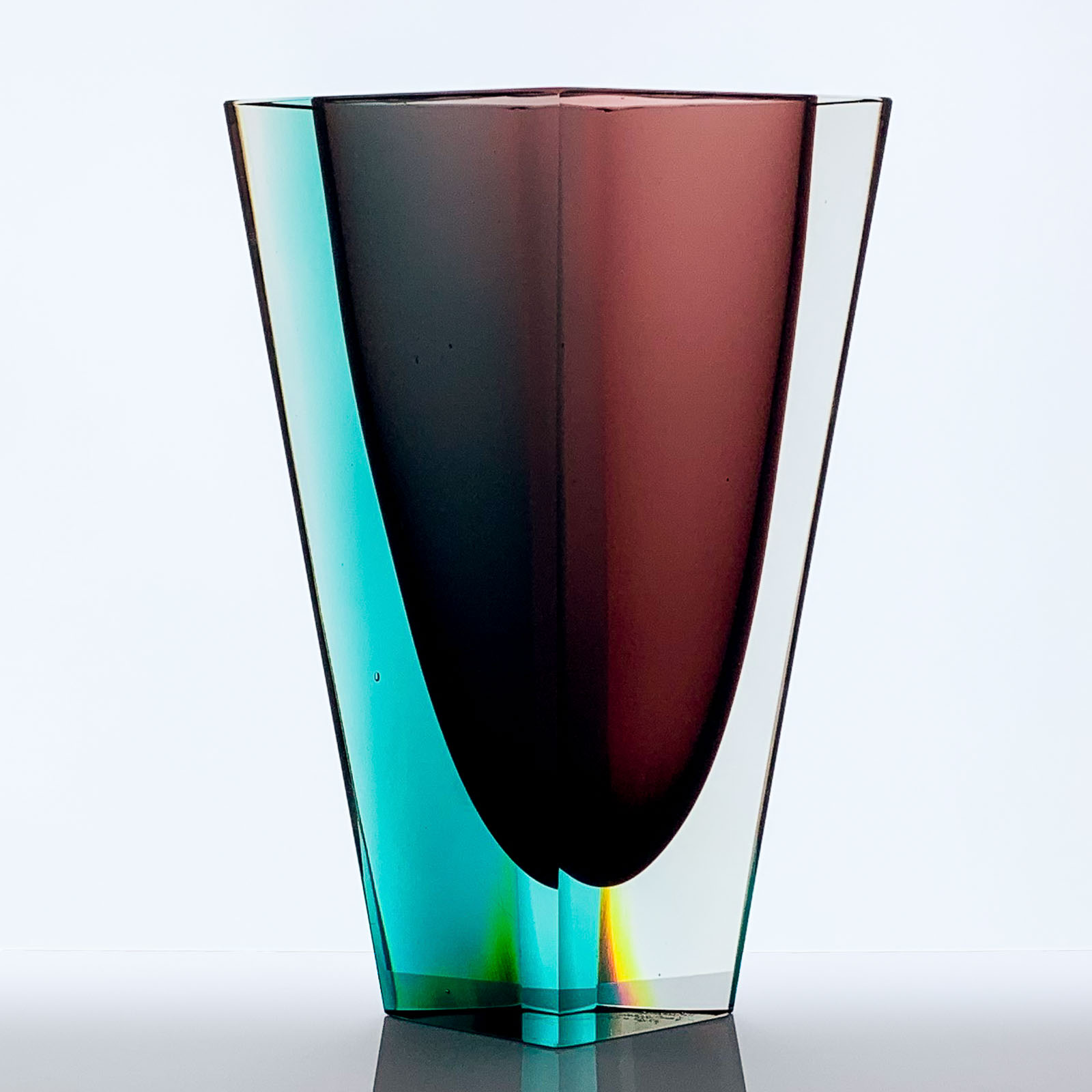 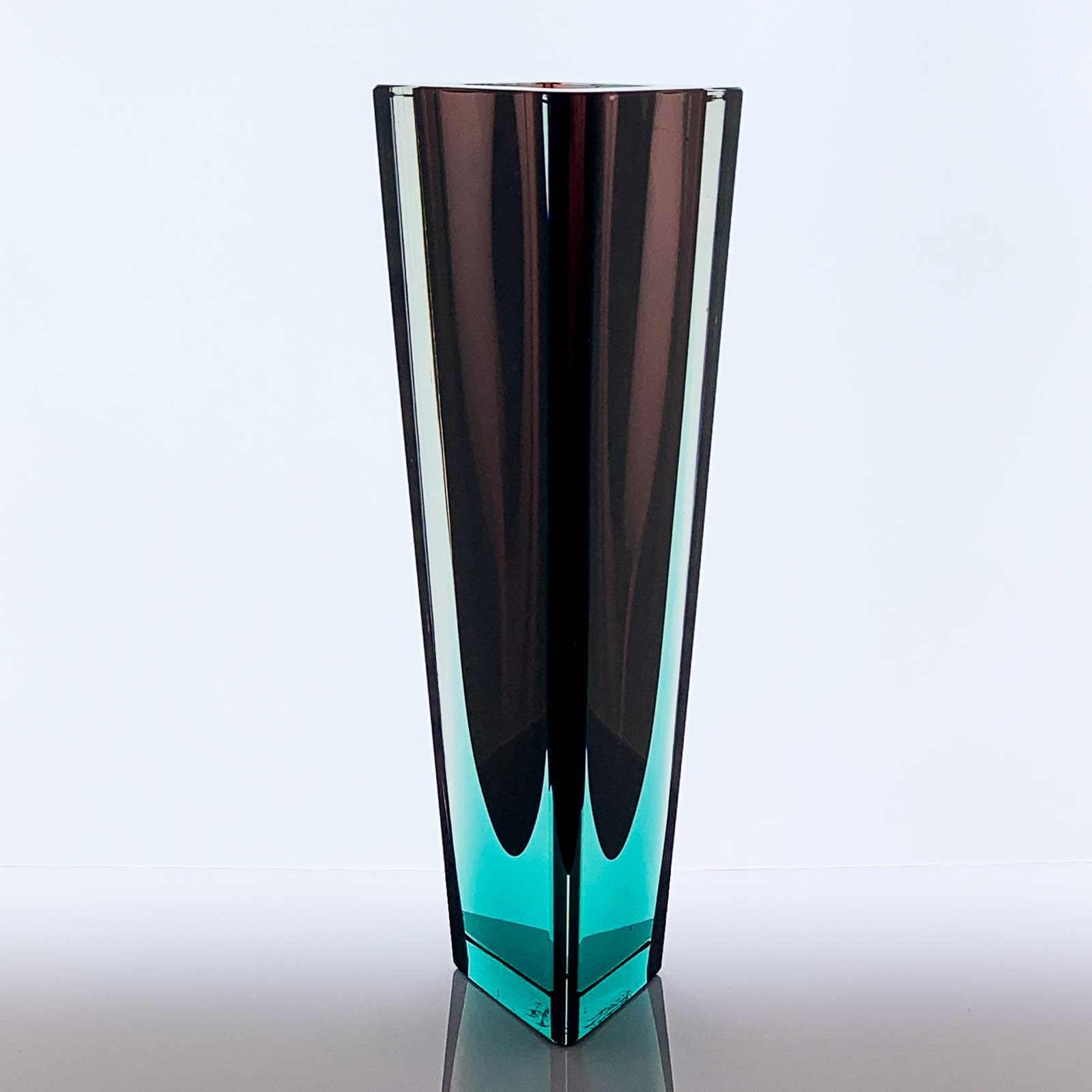 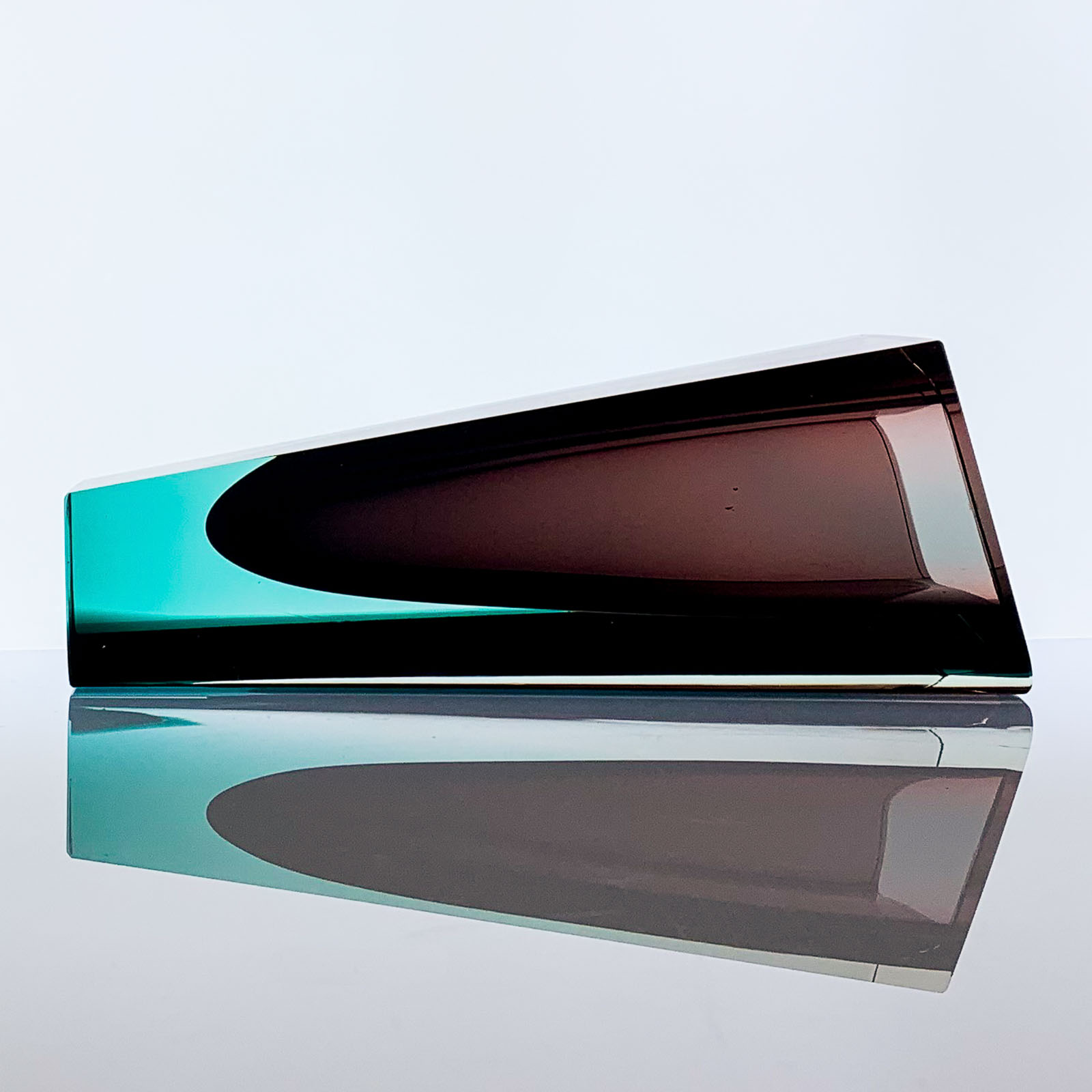 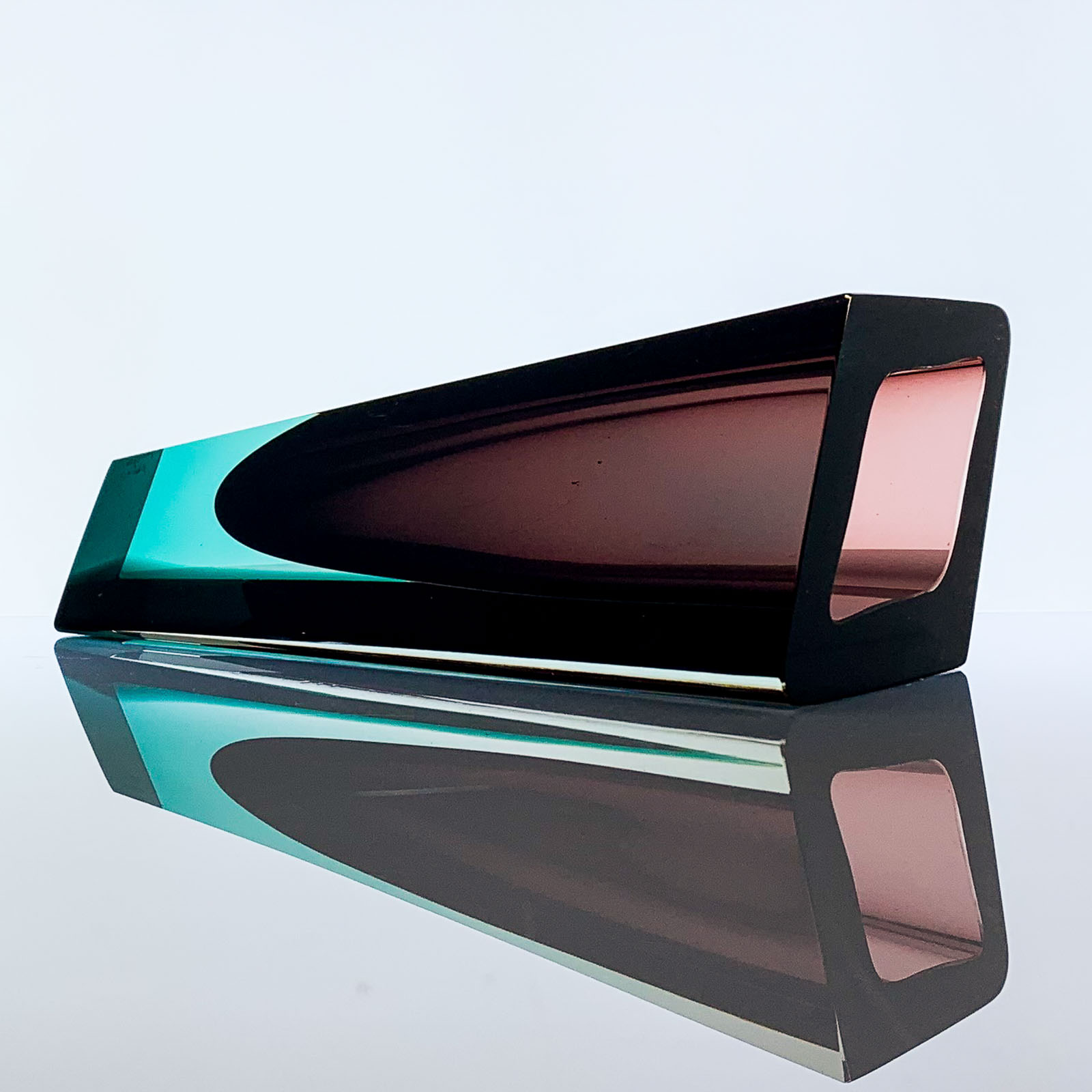 Kaj Franck (Vyborg, Finland 1911 – Santorini, Greece 1989) was an influential Finnish designer and leading figure in Finnish art-world between 1940-1980. Today his name is used for the prestigious “The Kaj Franck Design Prize” annually awarded by the Finnish Design Forum. Prisma

A free blown, cased glass, facet cut Art-object “Prisma”, model KF 215, in purple and turquoise hues. Designed by Kaj Franck in 1953 and executed by the Nuutajärvi-Notsjö glassworks, Finland in 1959.

These rare vases were made between 1954 and 1968 in four different sizes ranges, this being a largest sized purple example.

This "Prisma" is in good condition. No cracks or chips and only some minor scratches. It is fully marked underneath the base in diamond-pen: K. Frank - Nuutajärvi-Notsjö - '59 (1959).