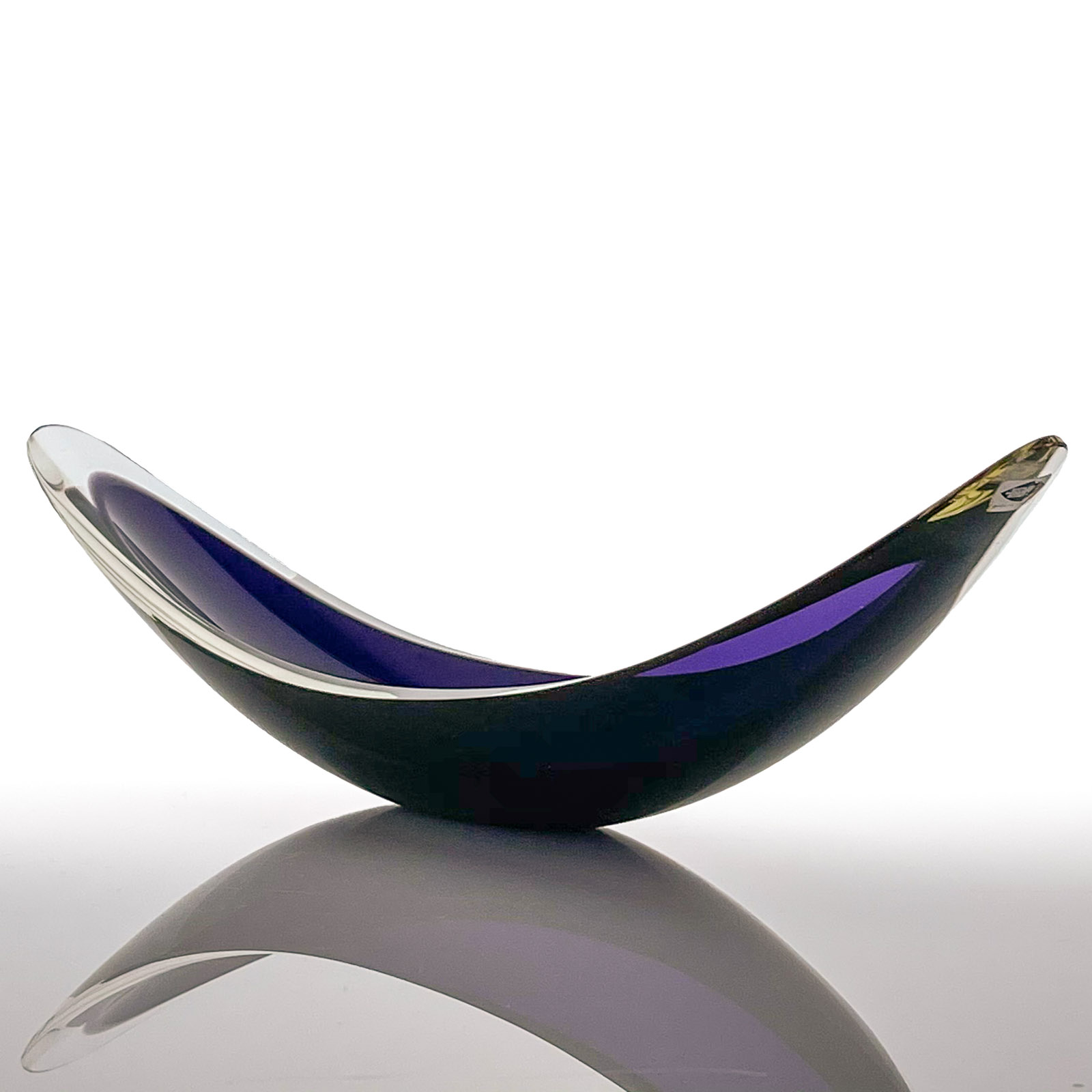 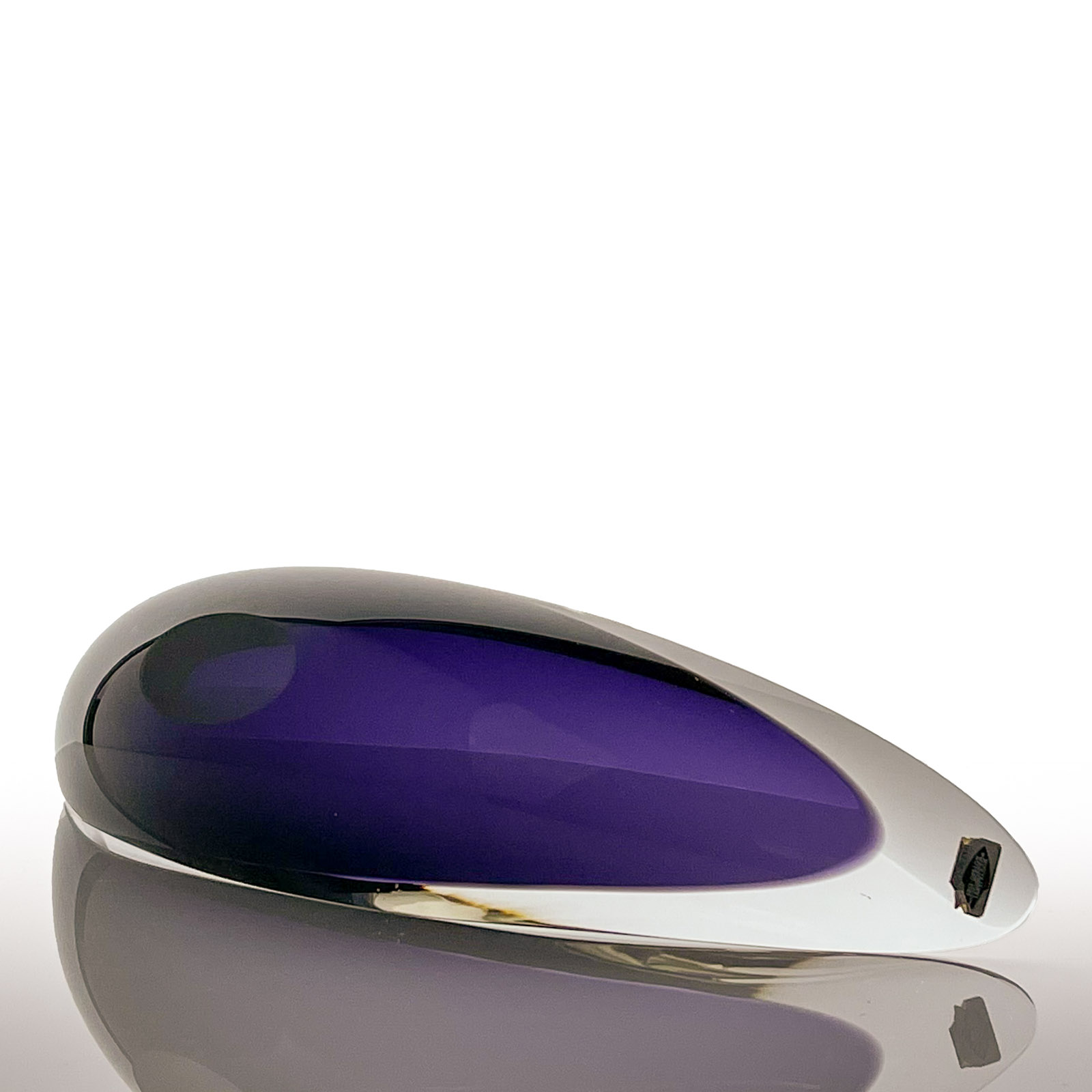 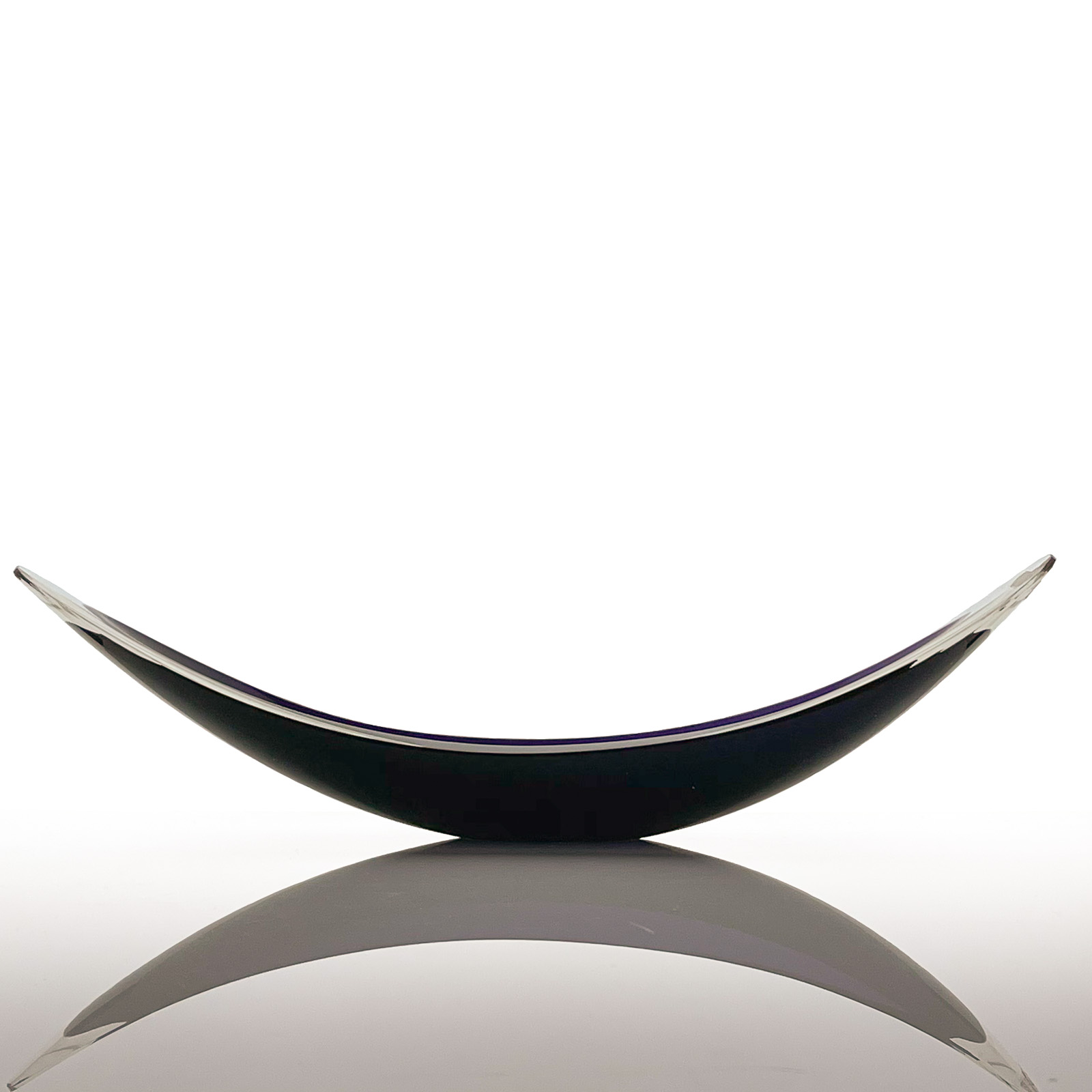 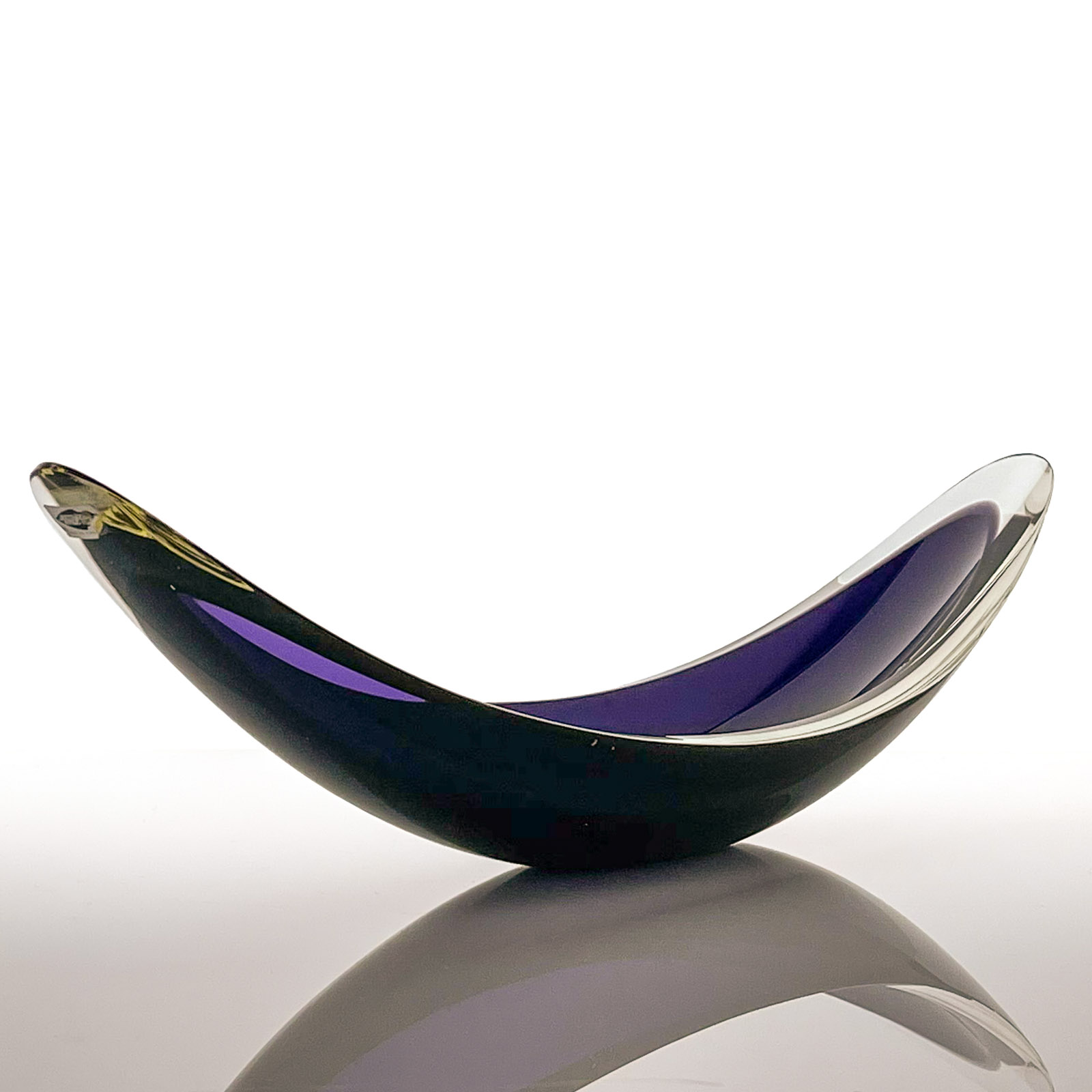 Kaj Franck (Vyborg, Finland 1911 – Santorini, Greece 1989) was an influential Finnish designer and leading figure in Finish art-world between 1940-1980. Today his name is used for the prestigious “The Kaj Franck Design Prize” annually awarded by the Finnish Design Forum. Lancet

A free blown, cut and polished purple and clear cased glass art-object “Lancet”, model KF 218. This art-object was designed by Kaj Franck in 1953 and executed by the Nuutajärvi-Notsjö glassworks, Finland circa 1965.

These rare objects were made between 1953 and 1966 in two different sizes, this being a largest sized example. We have seen no other examples of the "Lancet" in this deep purple color before (the Lancet was mostly made in a dark blue color) and are positive that this item is therefore extremely rare. 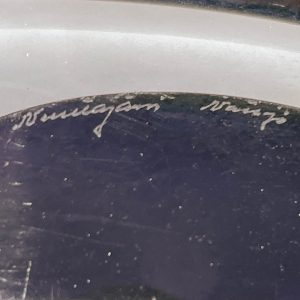 This "Lancet" is in very good vintage condition. Minor airbubbles in the glassmass. Some small scratches, consistent of age and use.