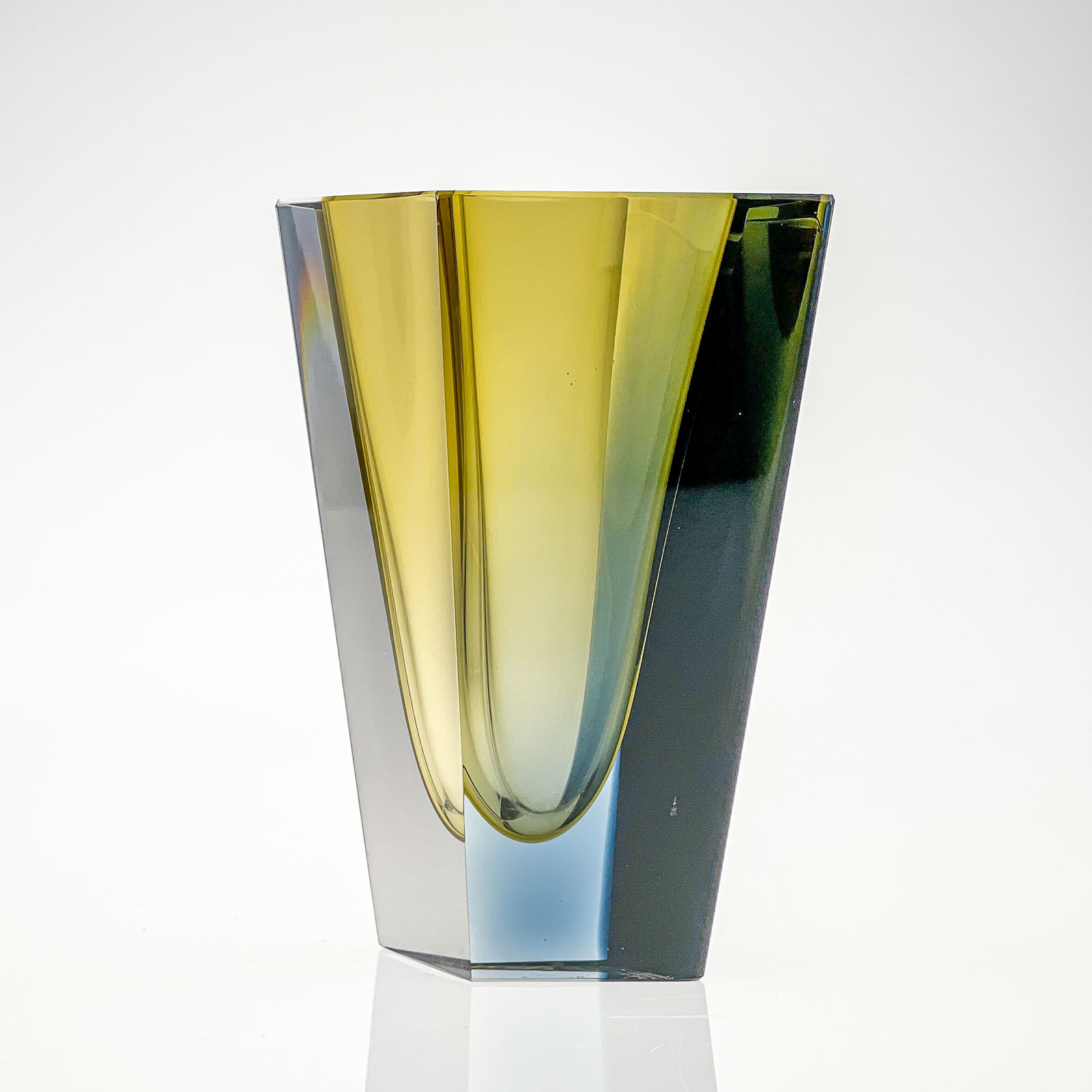 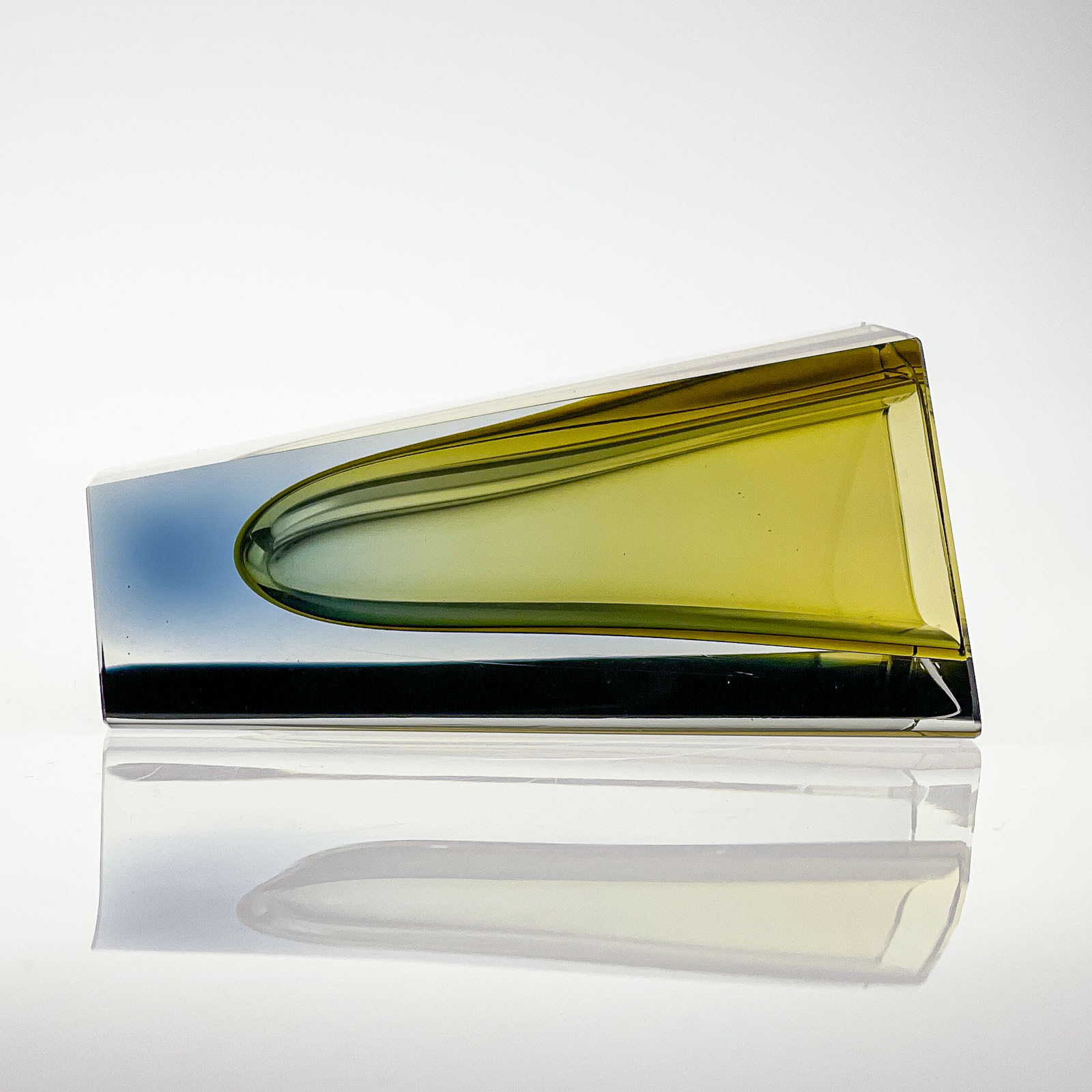 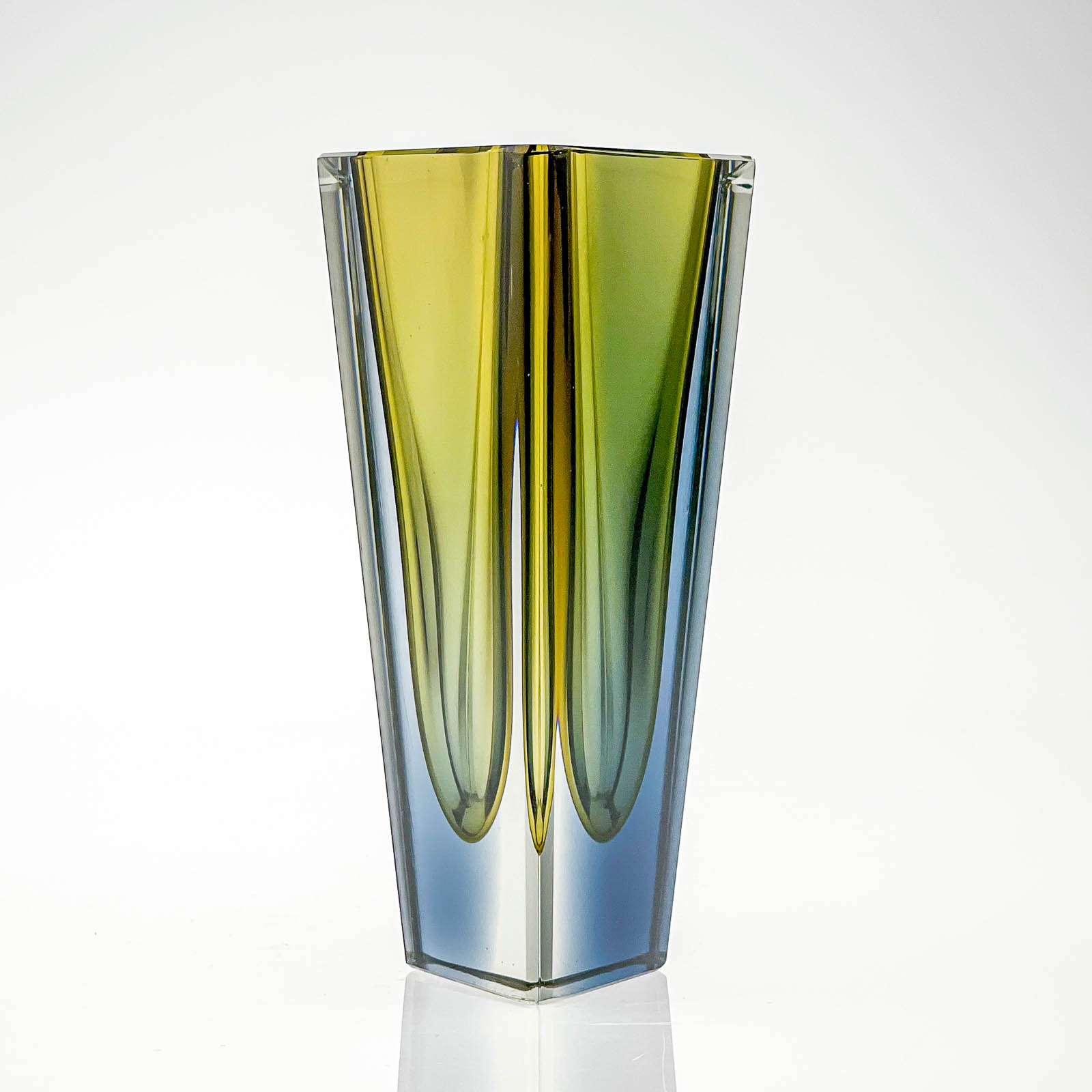 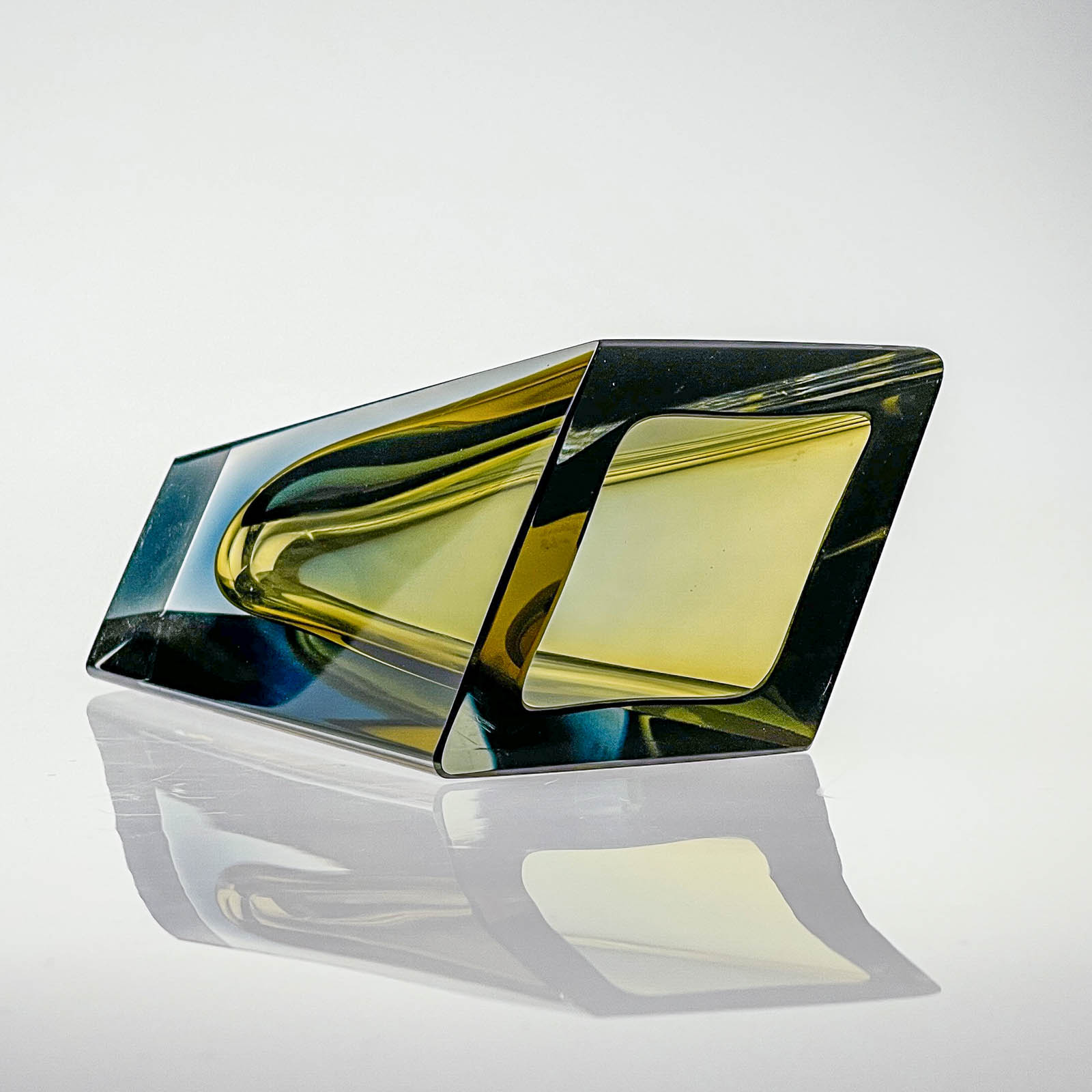 A free blown, cased glass, facet cut Art-object “Prisma”, model KF 215, in blue, yellow and green hues. Designed by Kaj Franck in 1953 and executed by the Nuutajärvi-Notsjö glassworks, Finland in 1963.

These rare vases were made between 1954 and 1968 in three different sizes ranges, this example falls within the medium size range.

This "Prisma" is in good condition. No cracks or chips and only some minor scratches. It is fully marked underneath the base in diamond-pen: K. Frank - Nuutajärvi-Notsjö - '63 (1963). 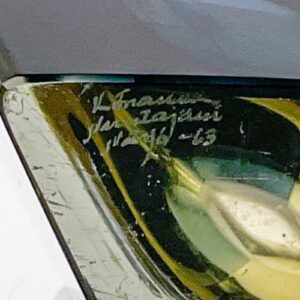