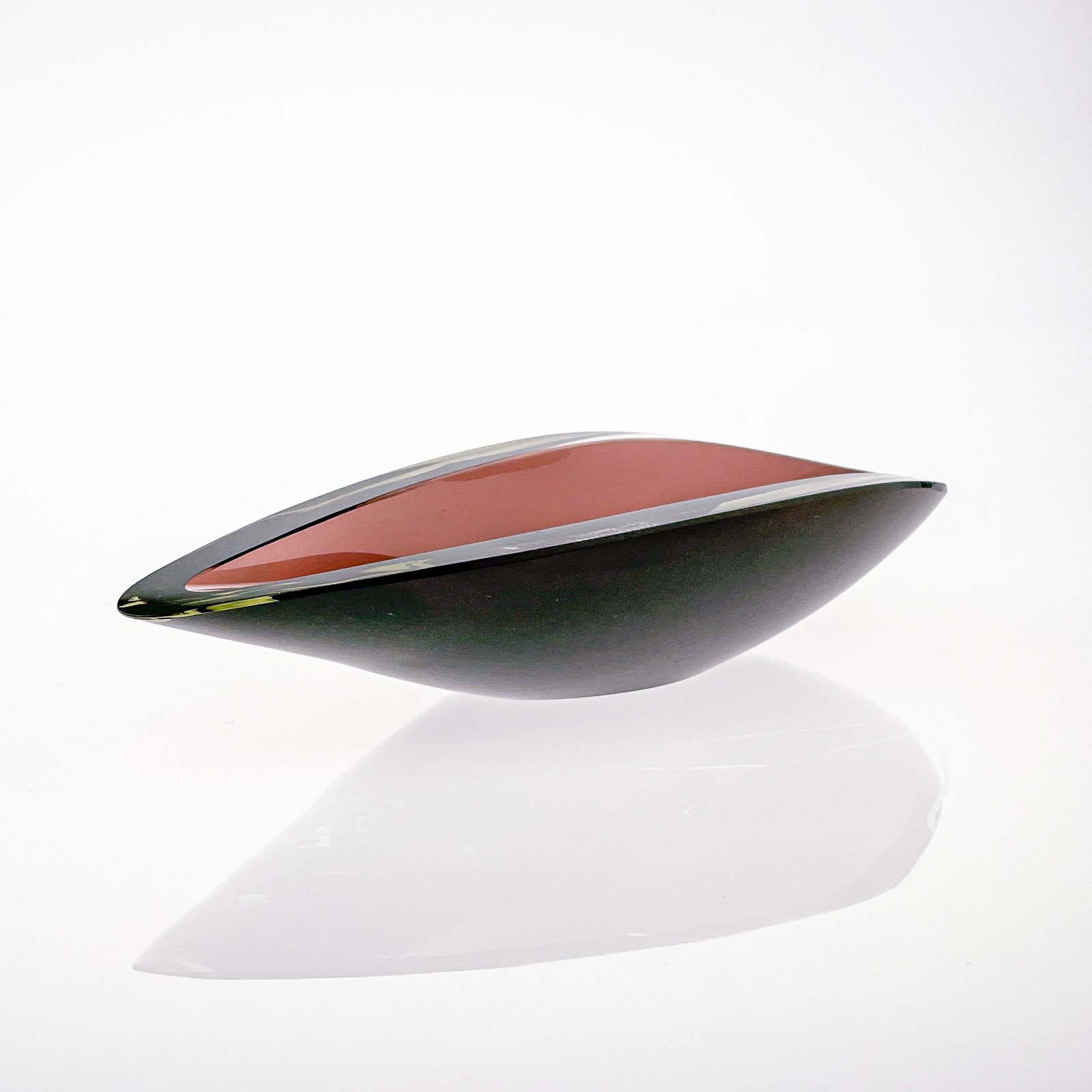 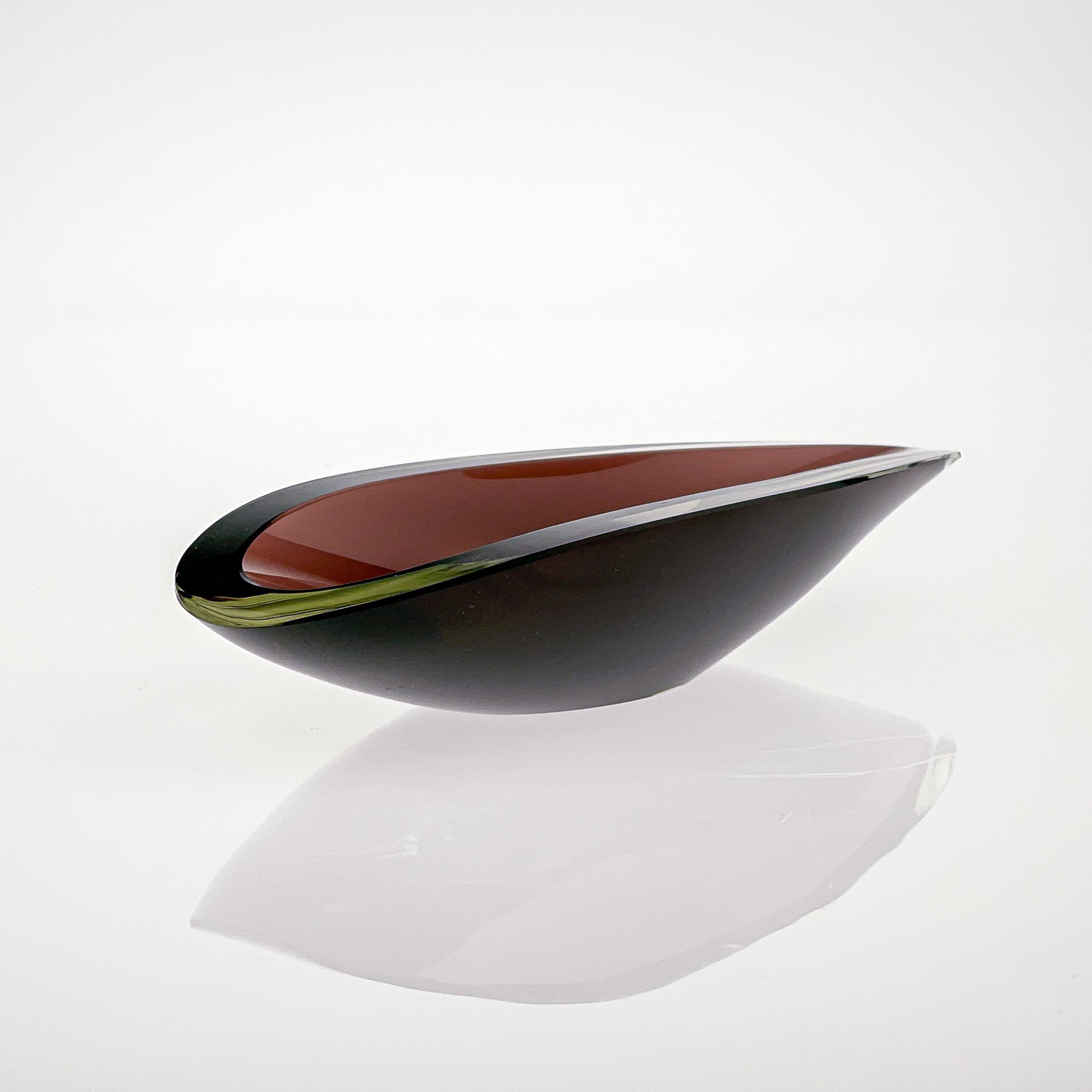 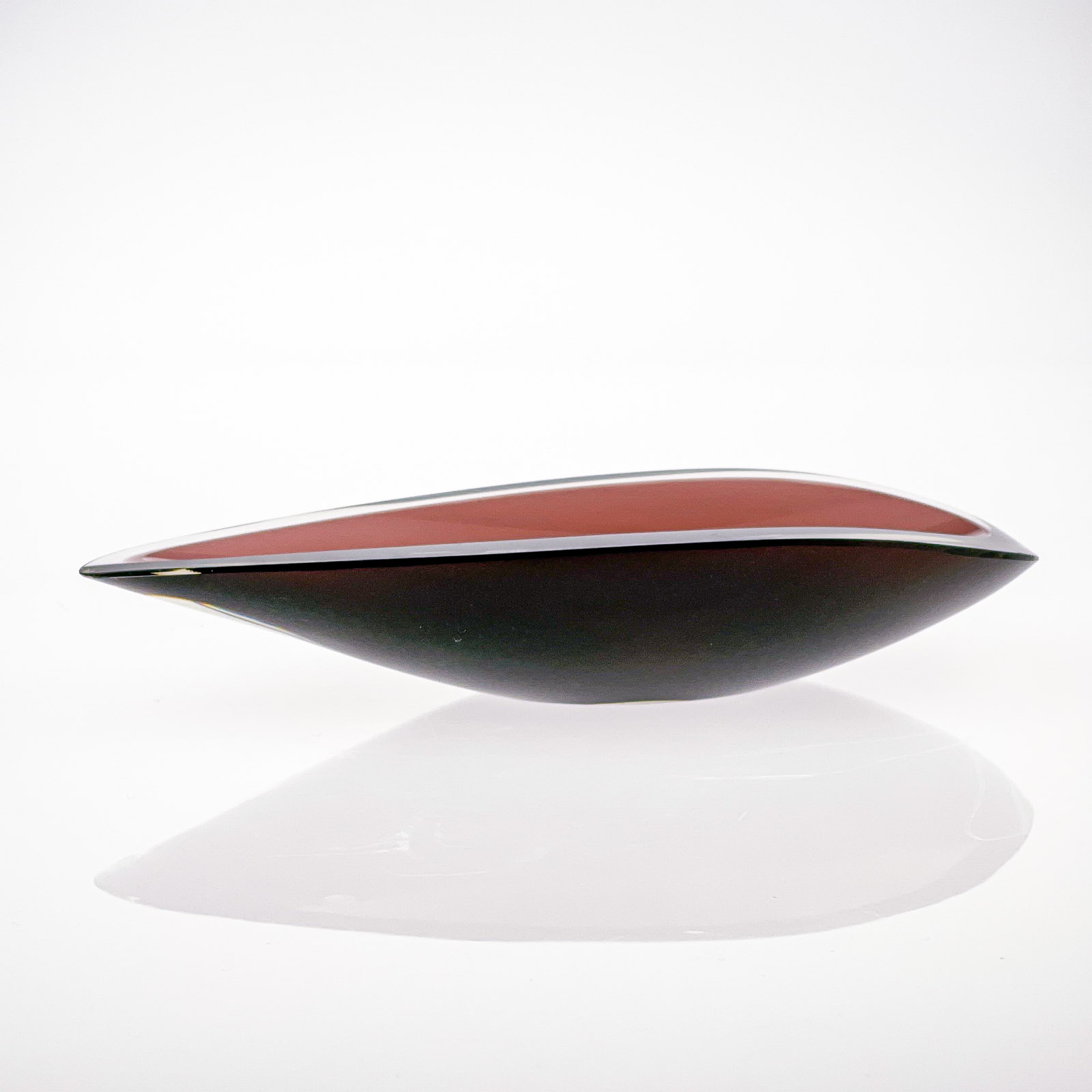 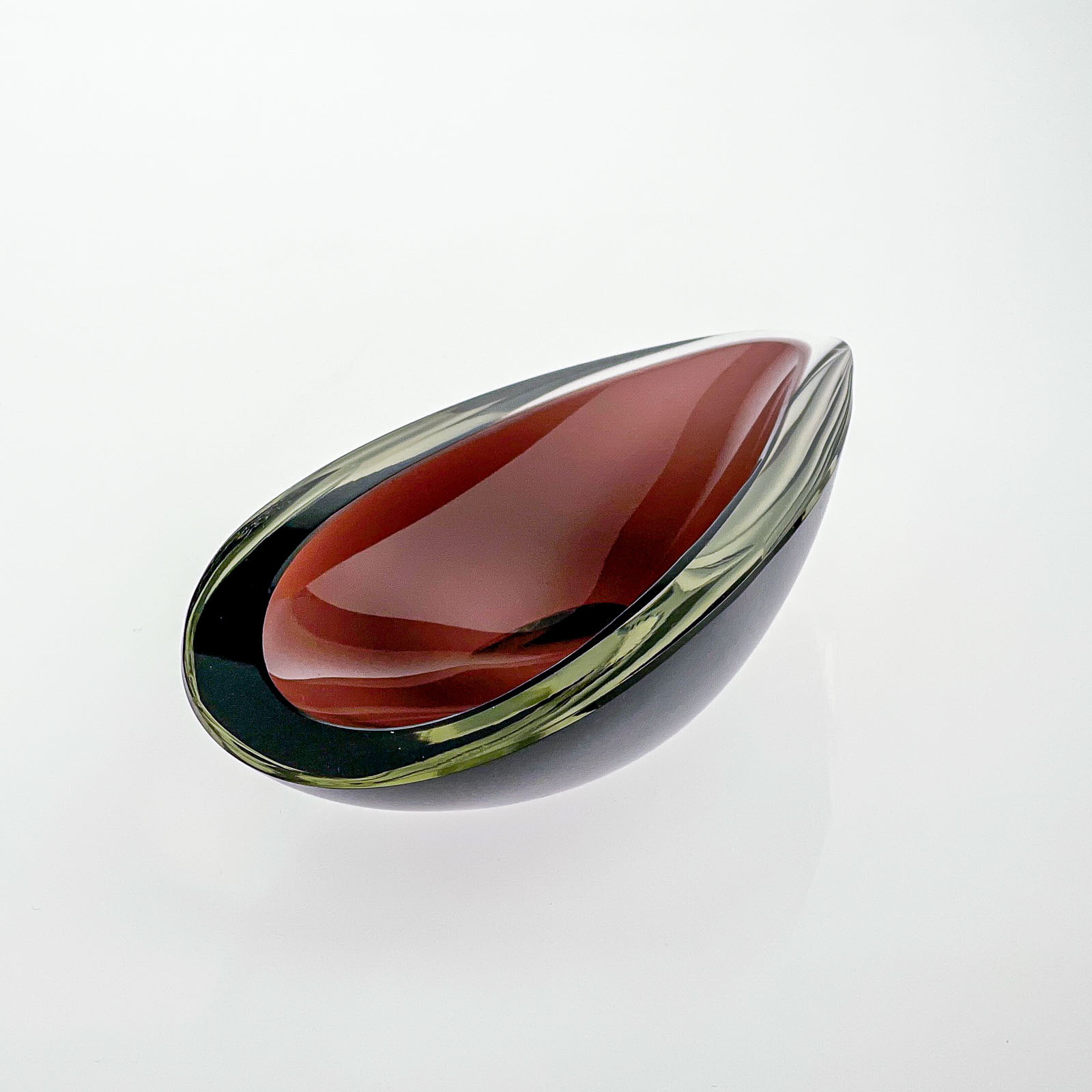 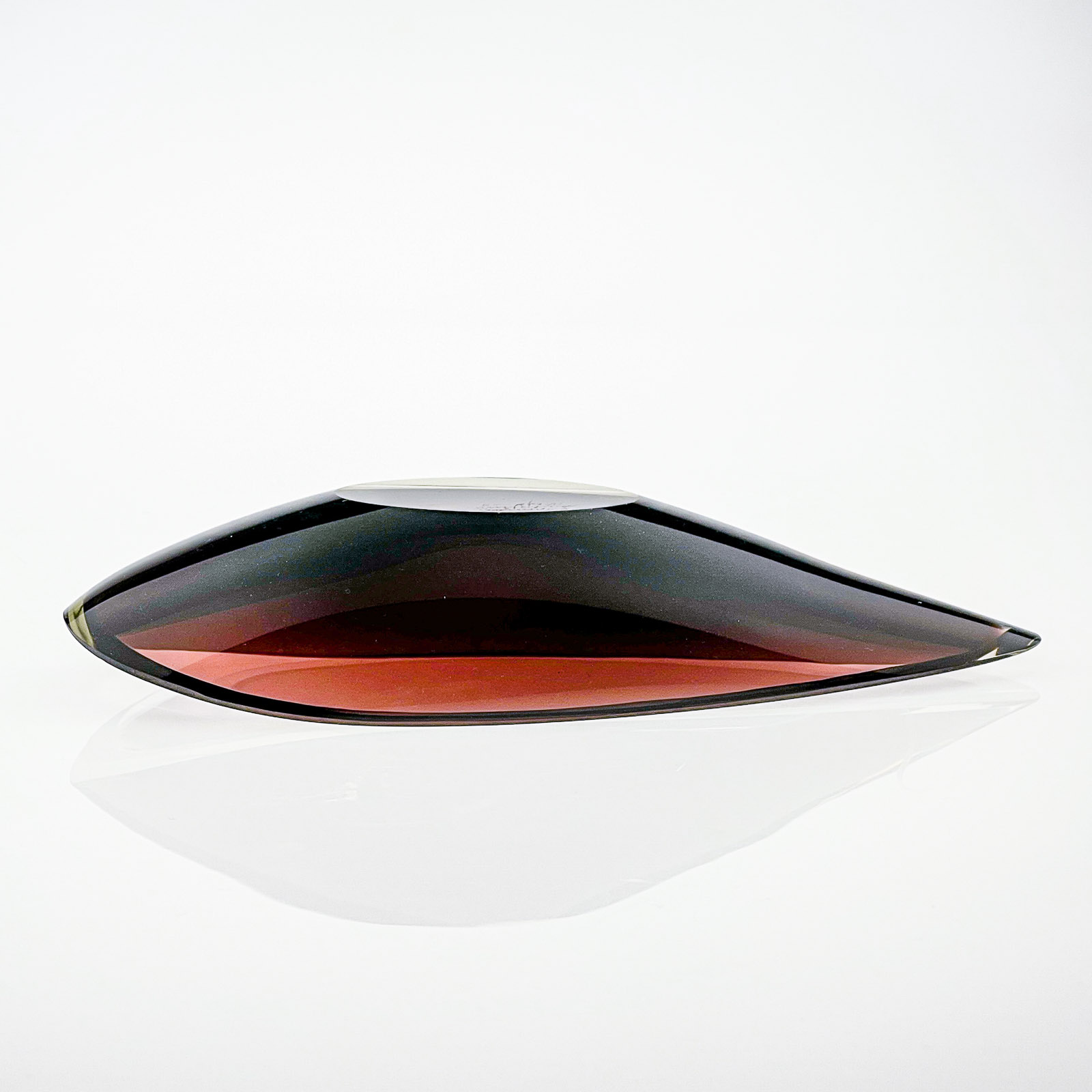 A free blown, flared, cut and polished purple and clear cased glass art-object "Pajunlehti" or "Willowleaf", model KF 210. Designed by Kaj Franck in 1954 and executed by the Nuutajärvi-Notsjö glassworks in 1959.

These art-objects were made in three different size-ranges and several colours between 1954 and 1963. This being a  early - largest size example in a beautiful purple colour.

This Wilowleaf is fully signed in diamondpen underneath the base. The piece is in good condition. 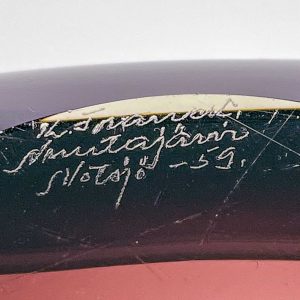