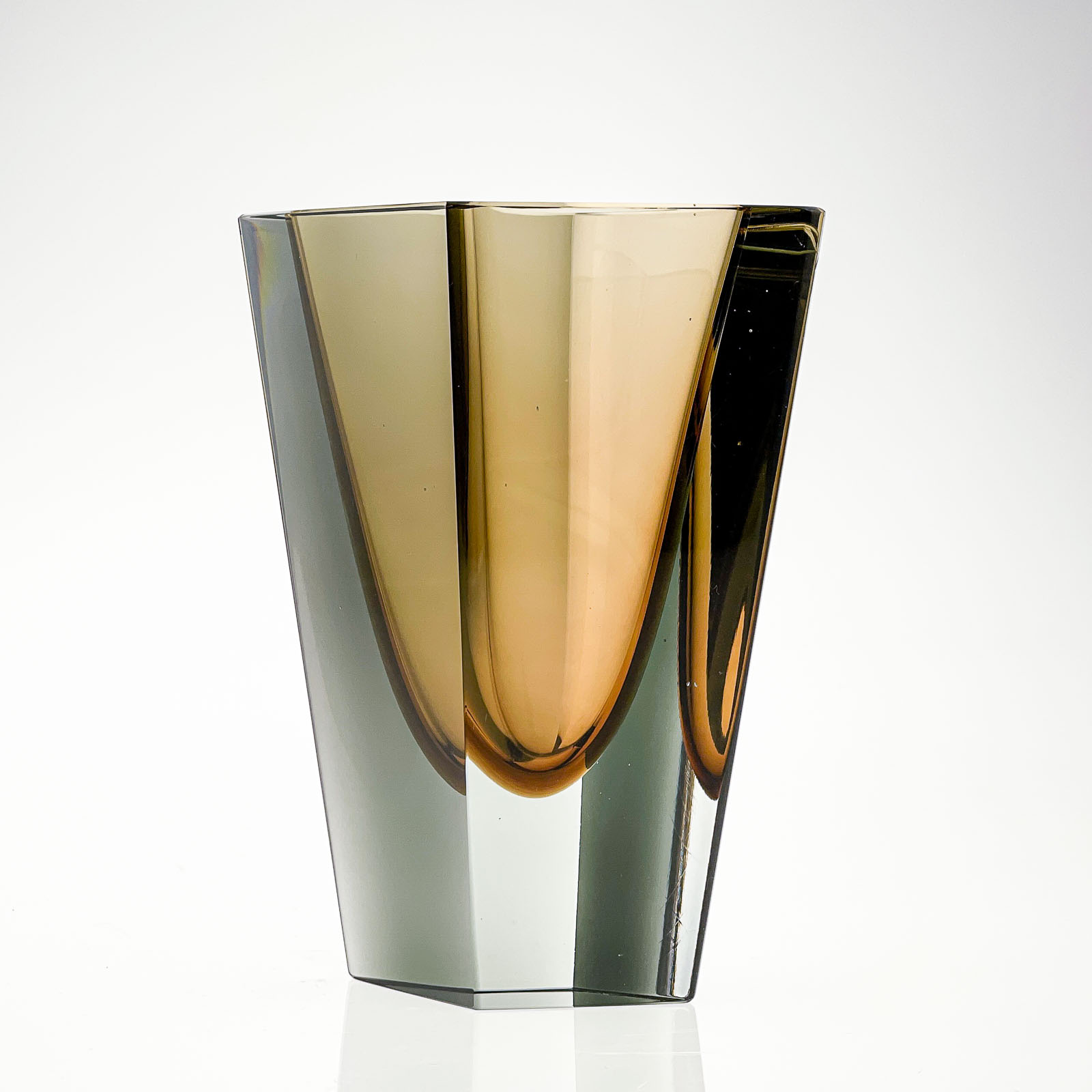 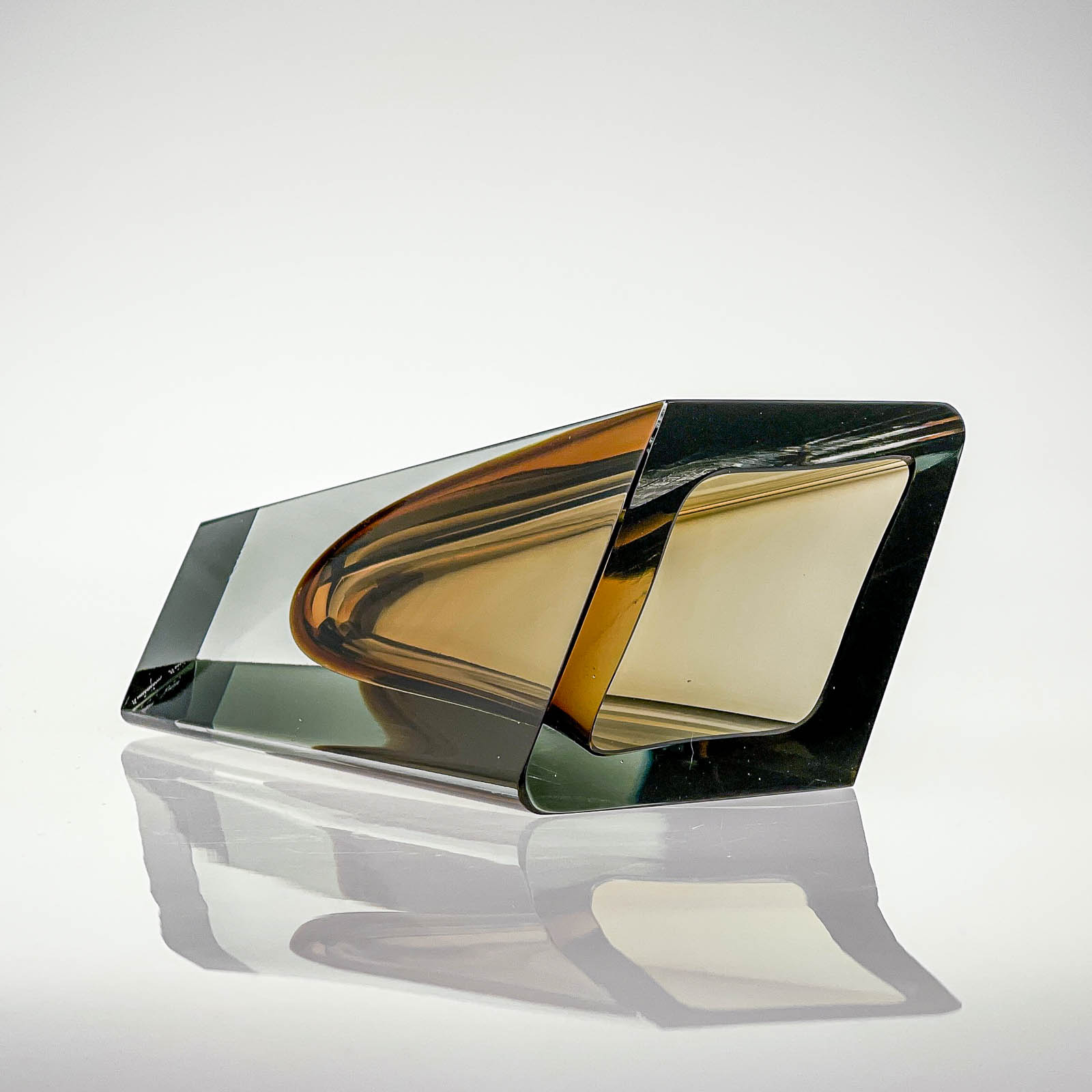 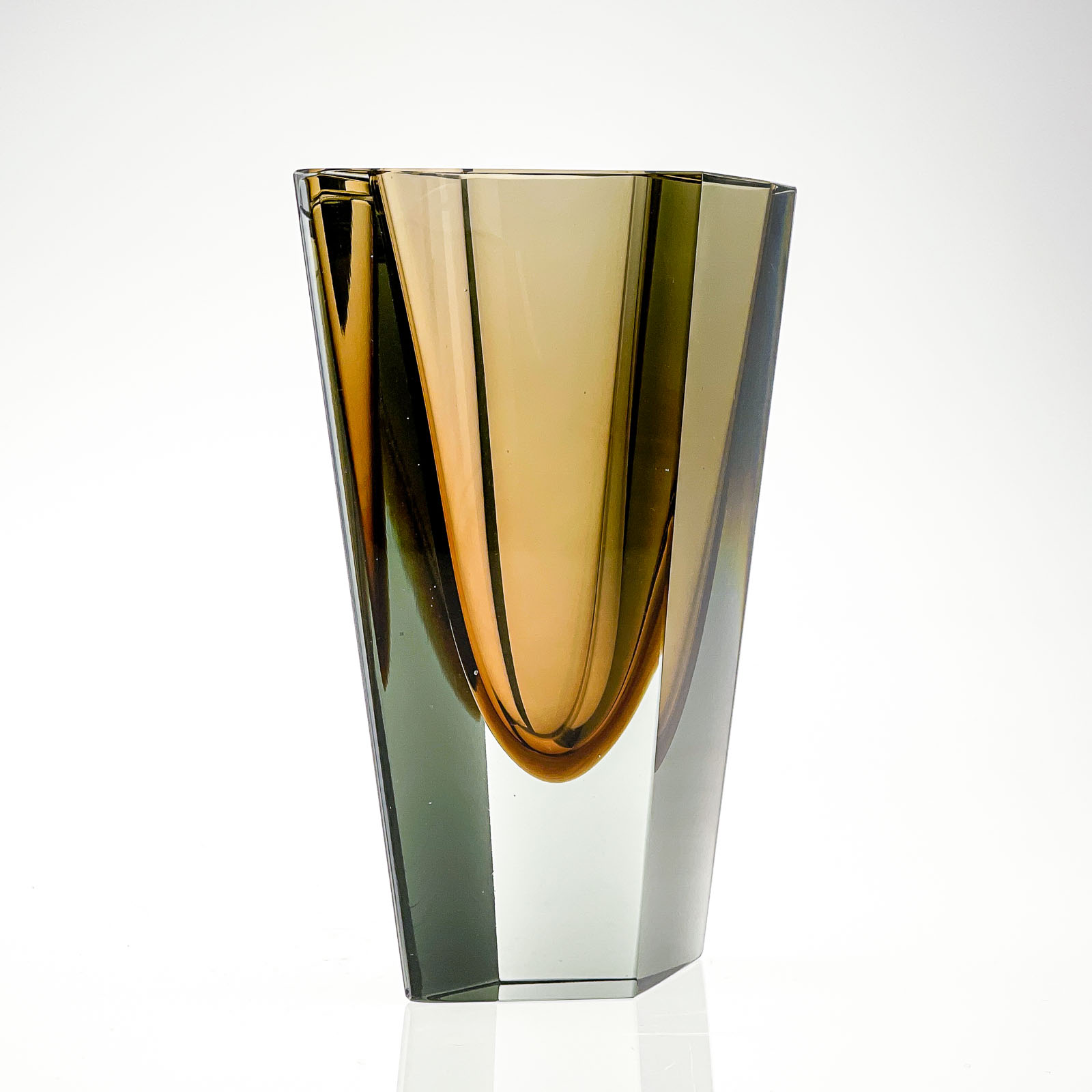 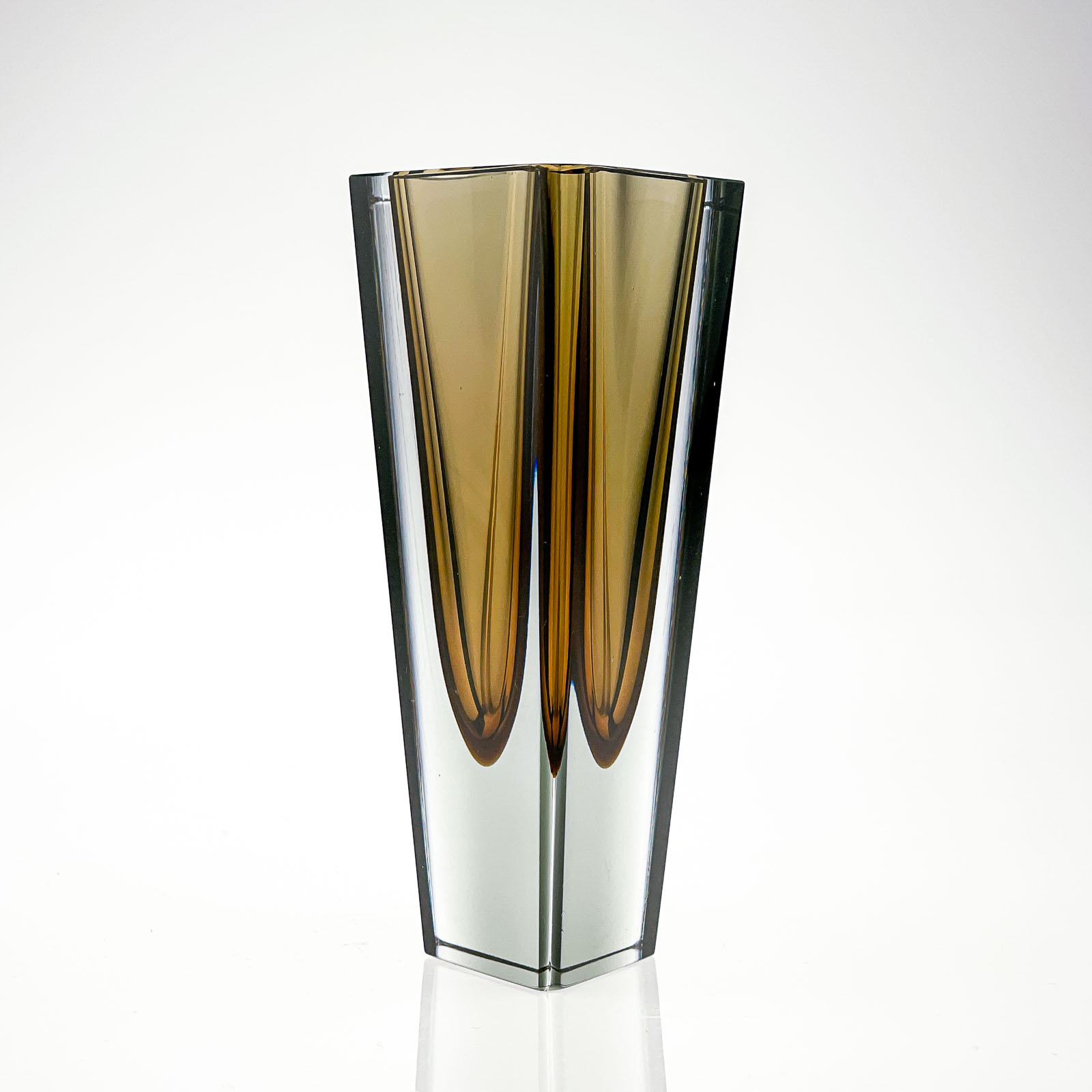 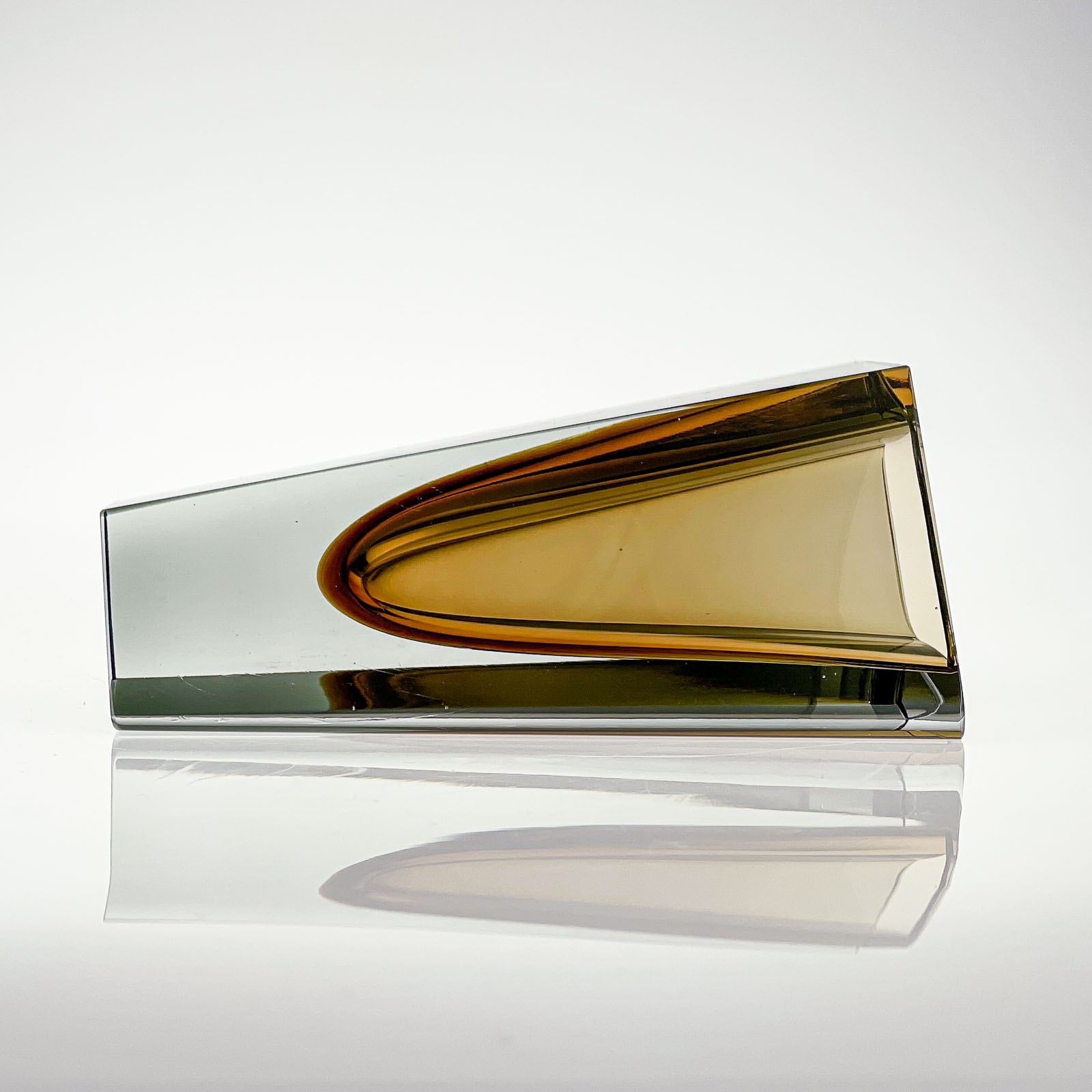 A free blown, flared and cased glass, facet cut art-object “Prisma”, model KF 215, in brown, and grey hues. Designed by Kaj Franck in 1953 and executed by the Nuutajärvi-Notsjö glassworks, Finland circa 1965.

These rare vases were made between 1954 and 1968 in four different size-ranges, this medium / large sized example.

Signed underneath the base "Nuutajärvi-Notsjö". In accordance with Kaj Franck's ideas regarding the role of the artist in the creative process, his designs were - from mid-1960's until the late 1970s - signed with the factory name only. 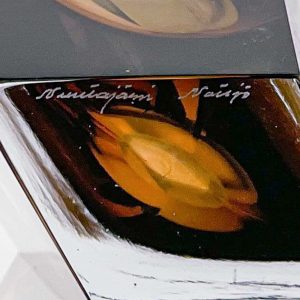 This Prisma is in good condition, some minor scratches and wear consistent with age and use. No chips or cracks.