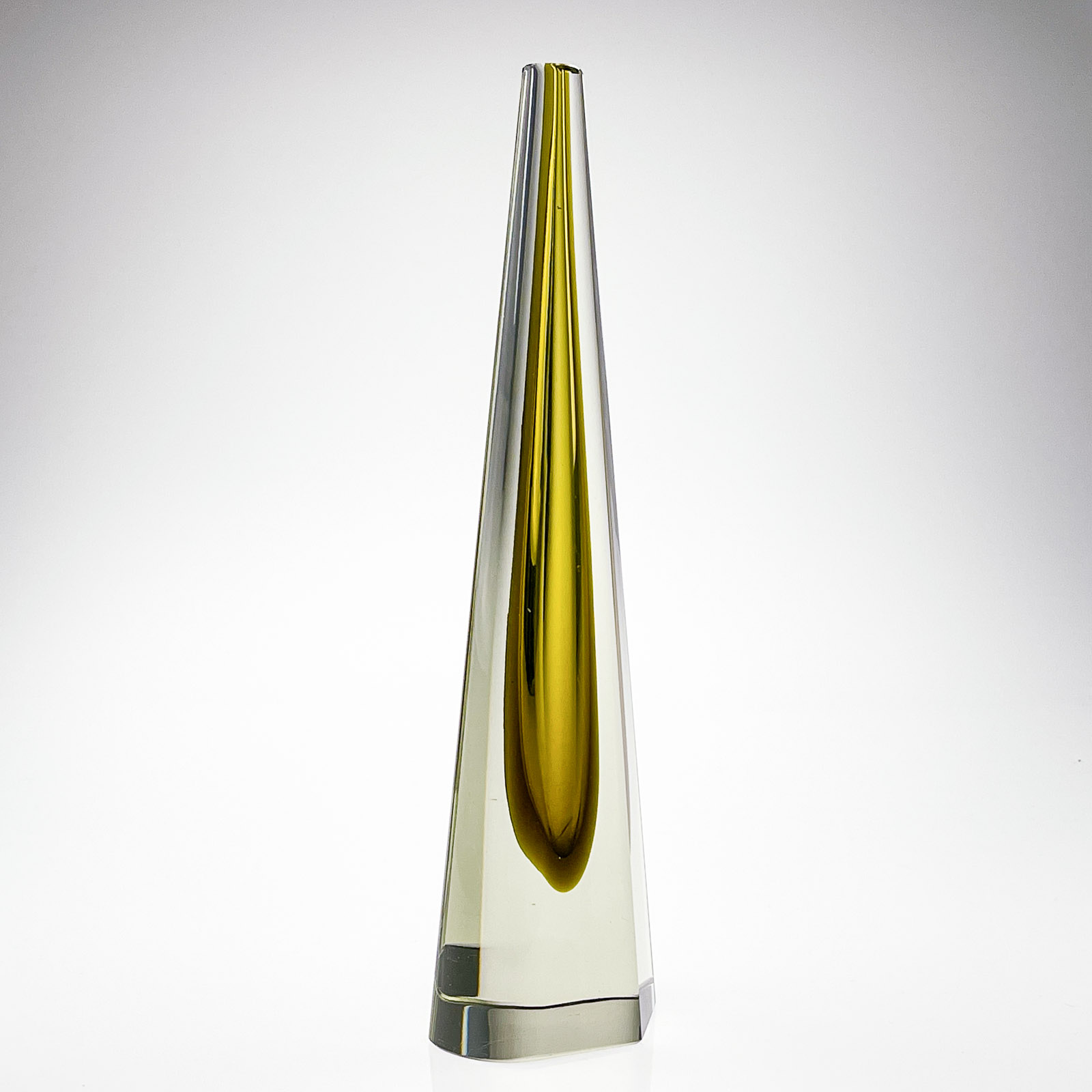 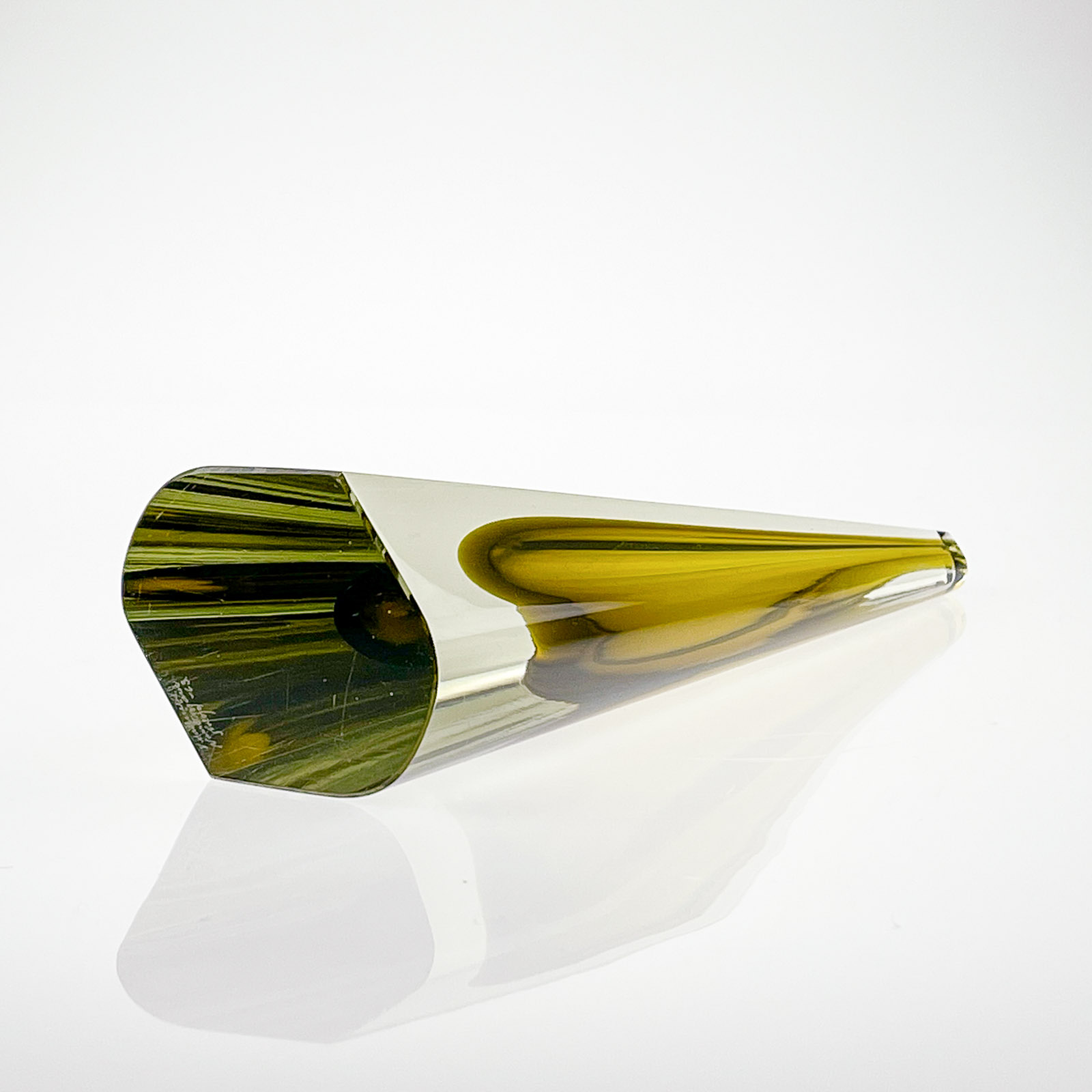 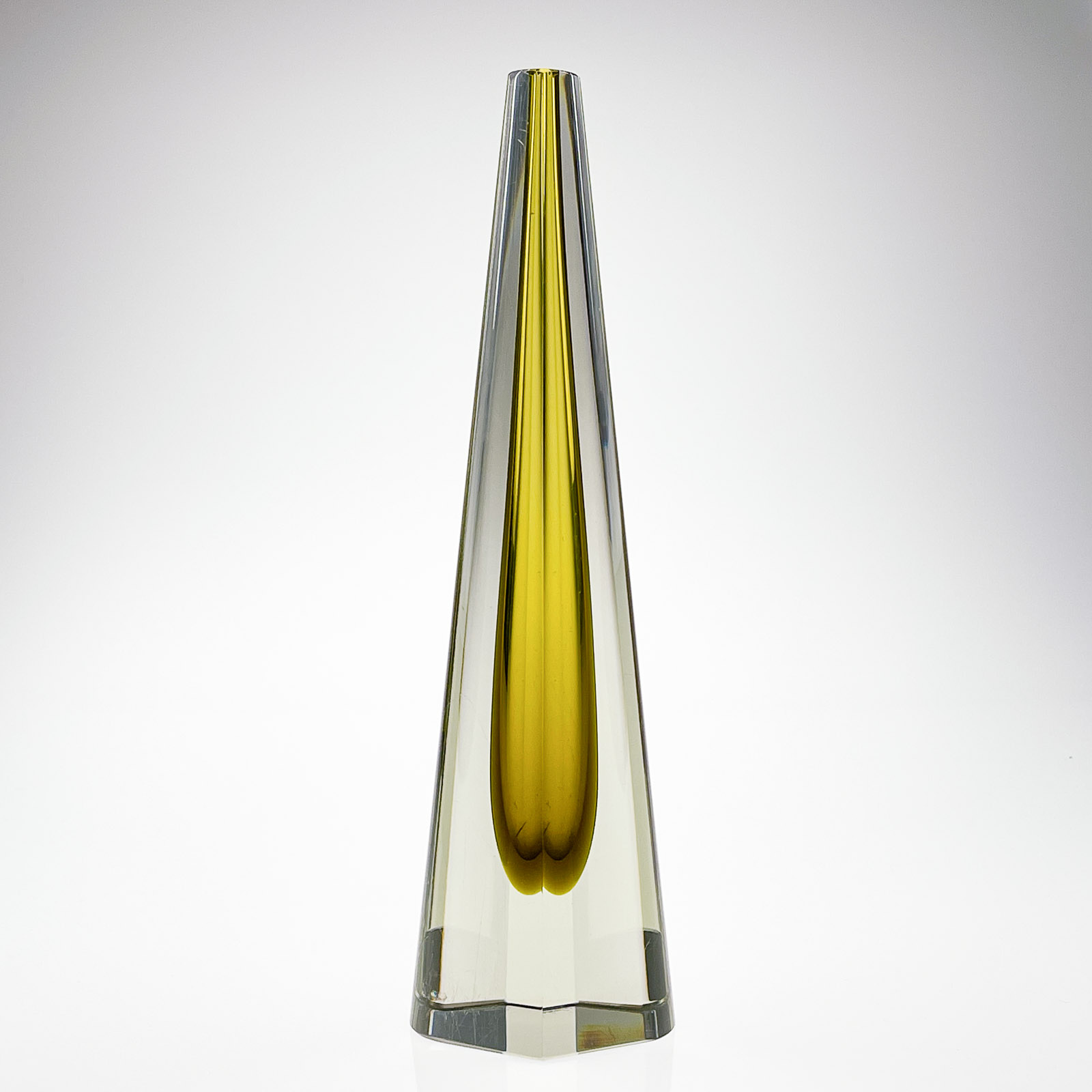 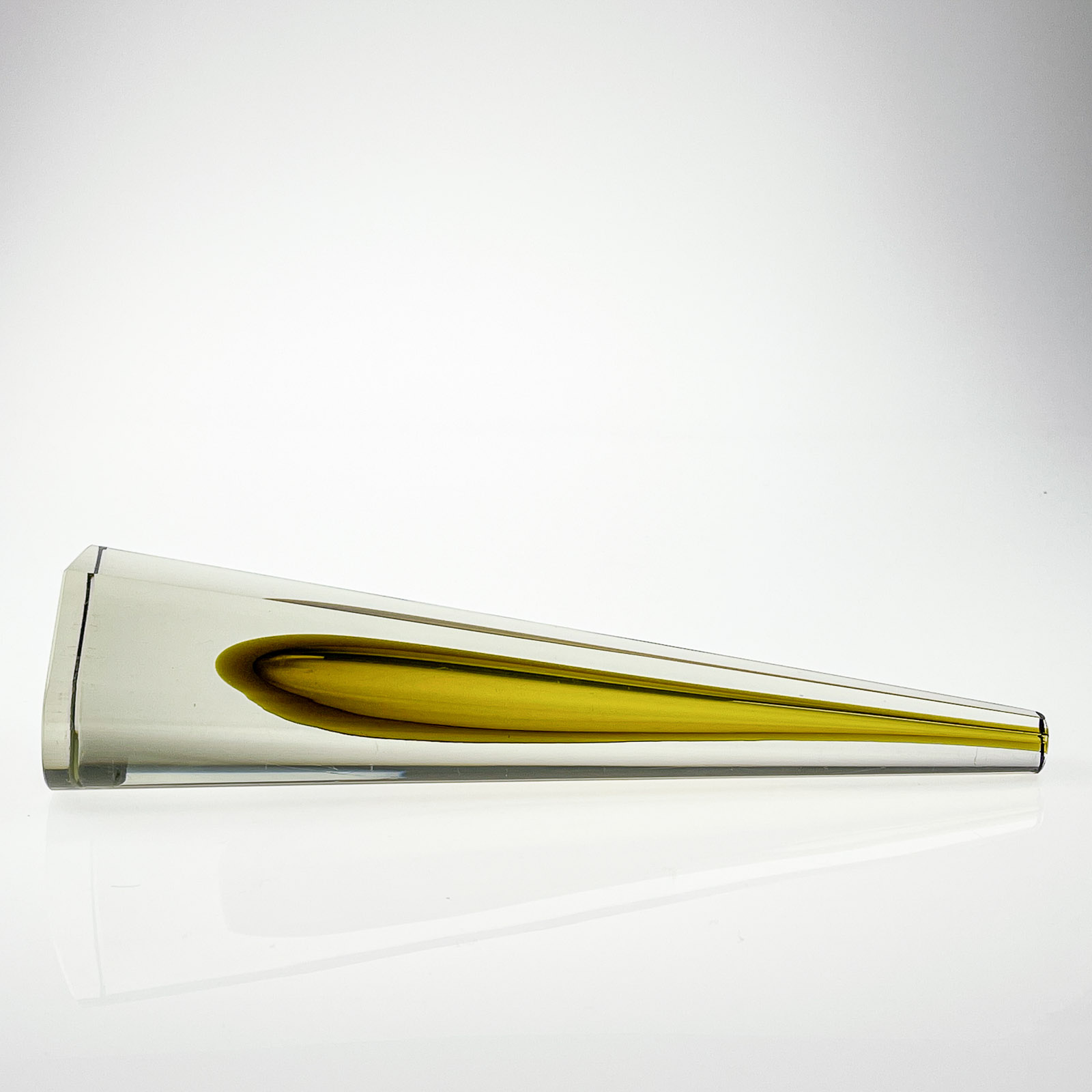 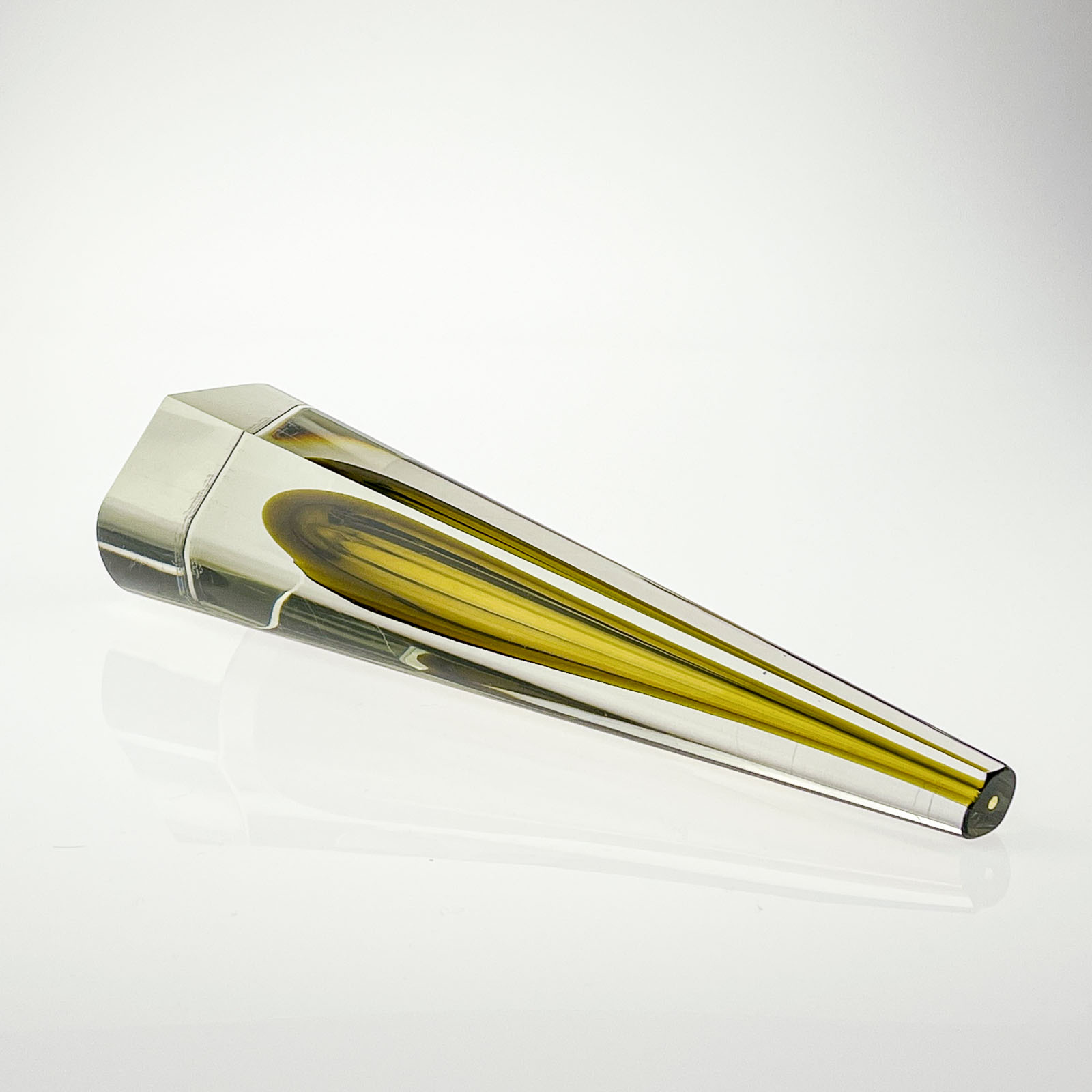 A freeblown, with partly cut surface, yellow and clear cased glass art-object "Obiliski", designed by Kaj Franck in 1956, executed by the Nuutajärvi-Notsjö glassworks in 1963.

The shape of the base is formed by two accolades, merged together. From the base this shape narrows to the top. 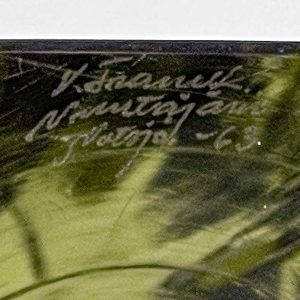 This art-object is in good condition, several  scratches underneath the base and on one side and wear consistent with age and use. No chips or cracks.