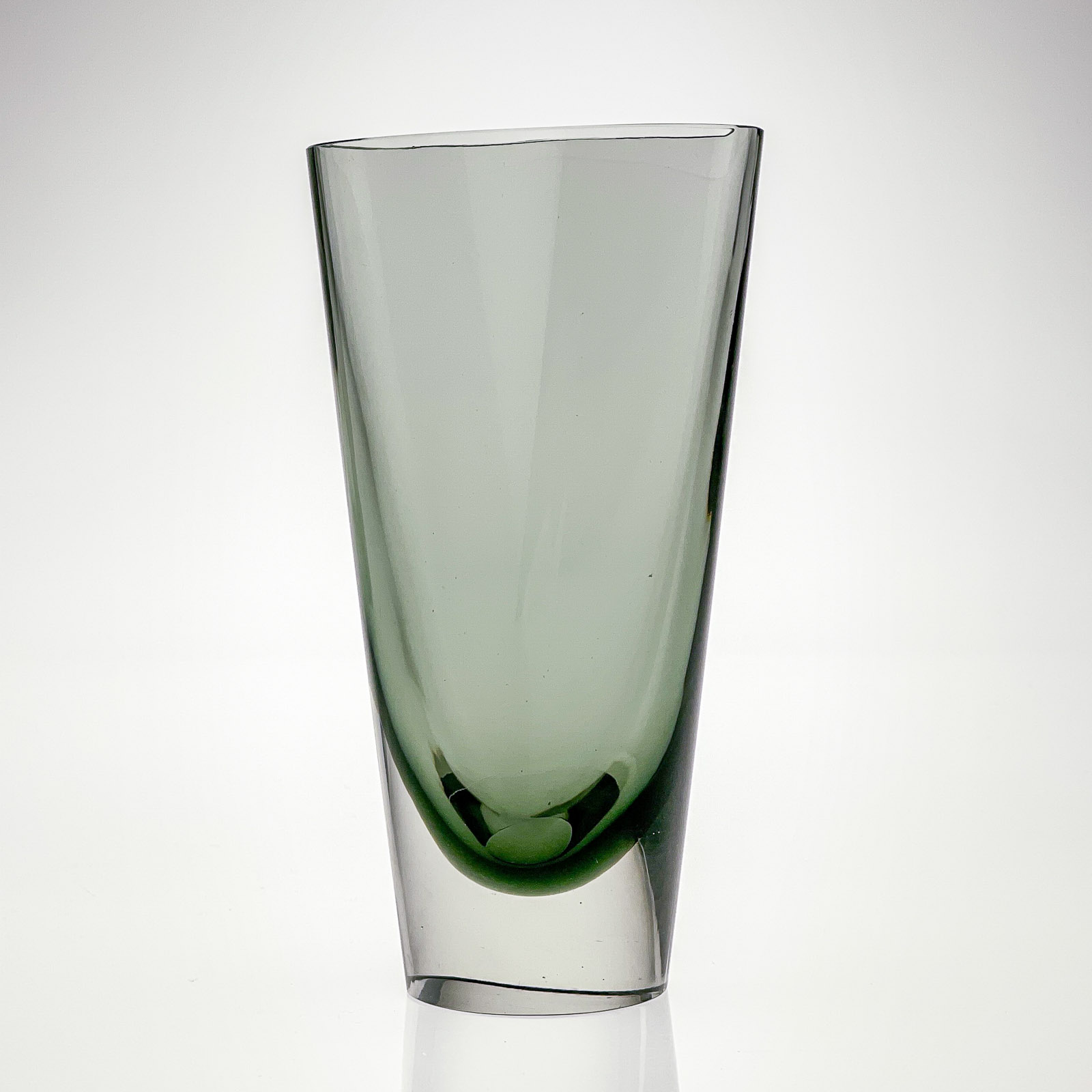 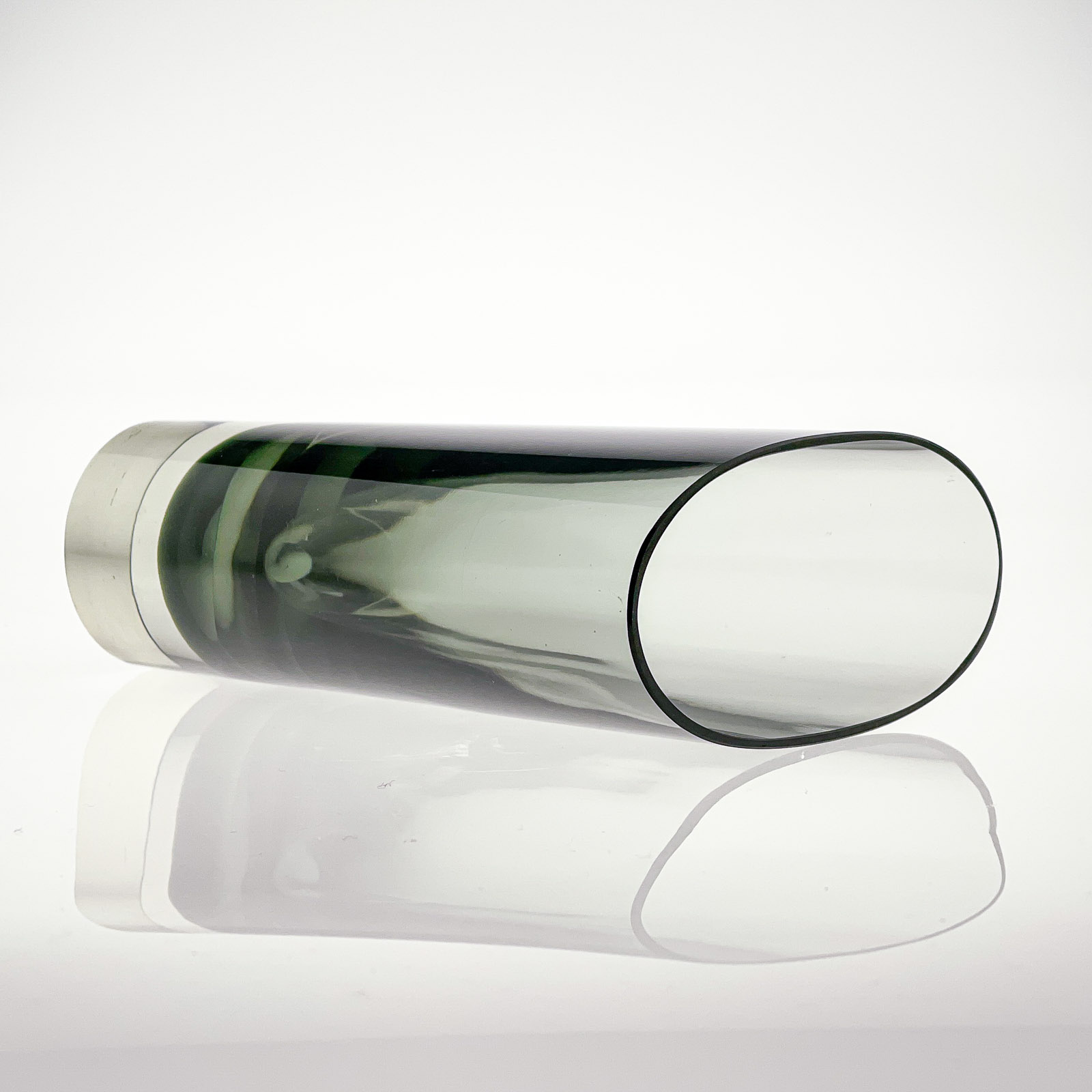 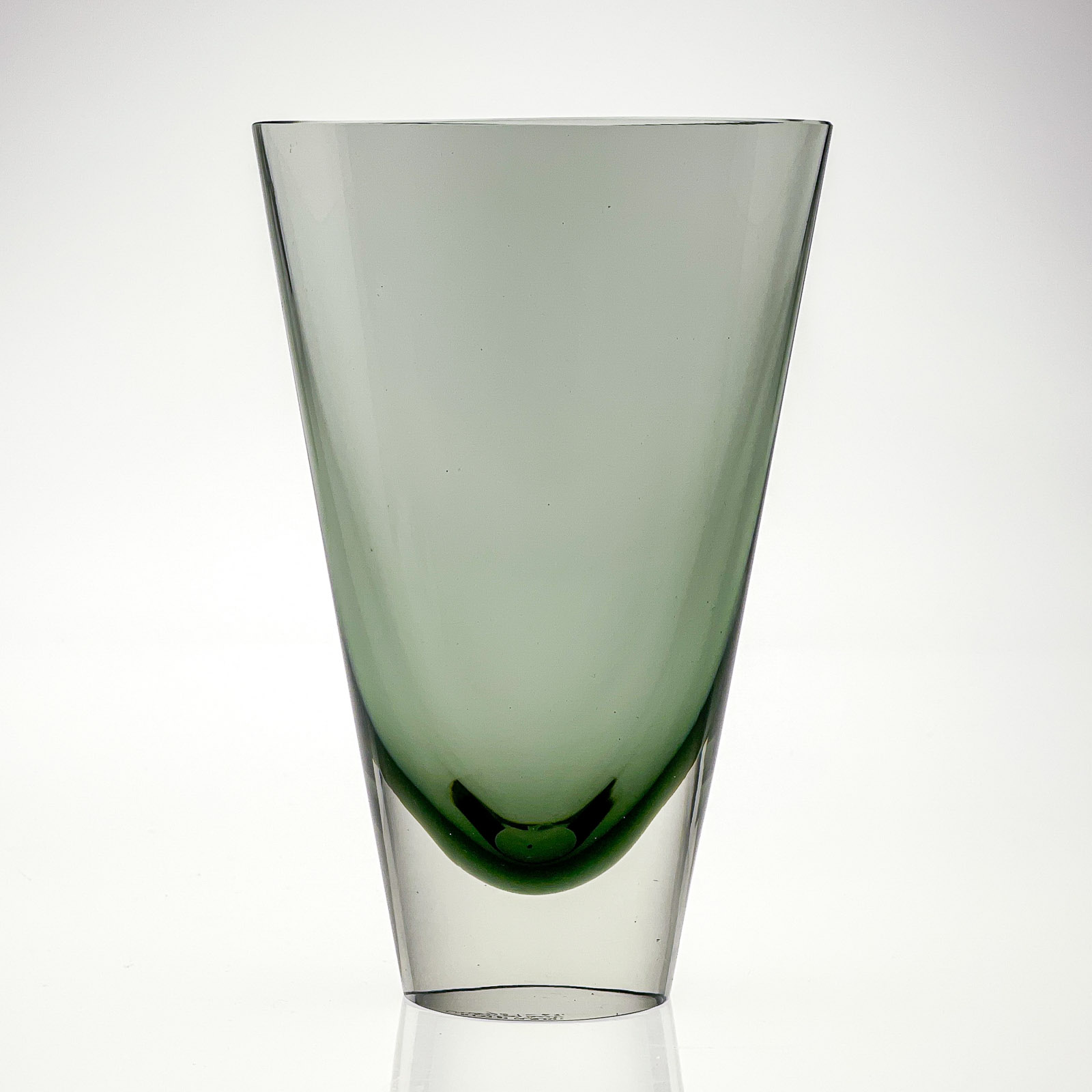 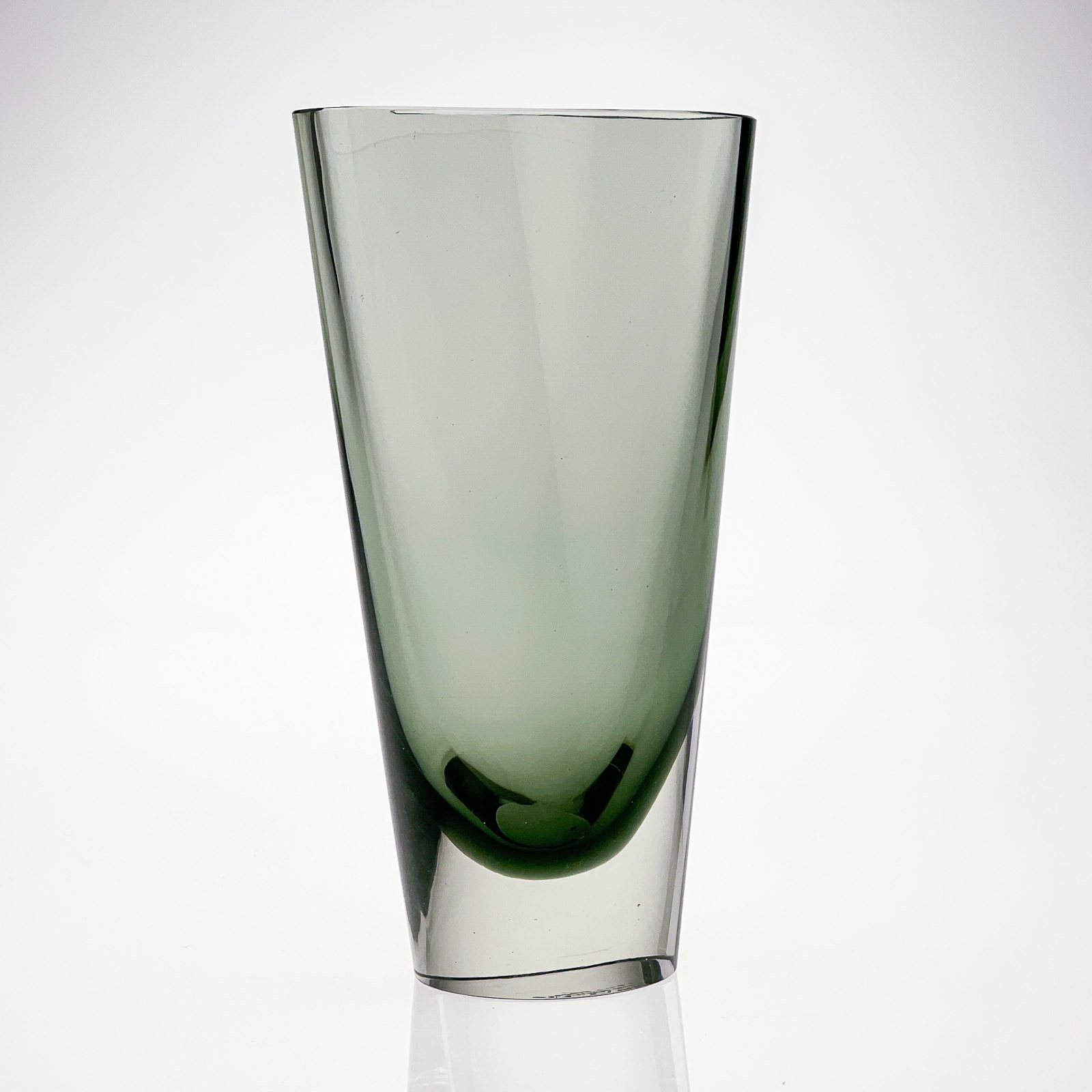 Tapered oval shaped green and clear cased glass and brim cut art-object, designed by Kaj Franck in 1955, executed by the Nuutajärvi-Notsjö glassworks in 1961.