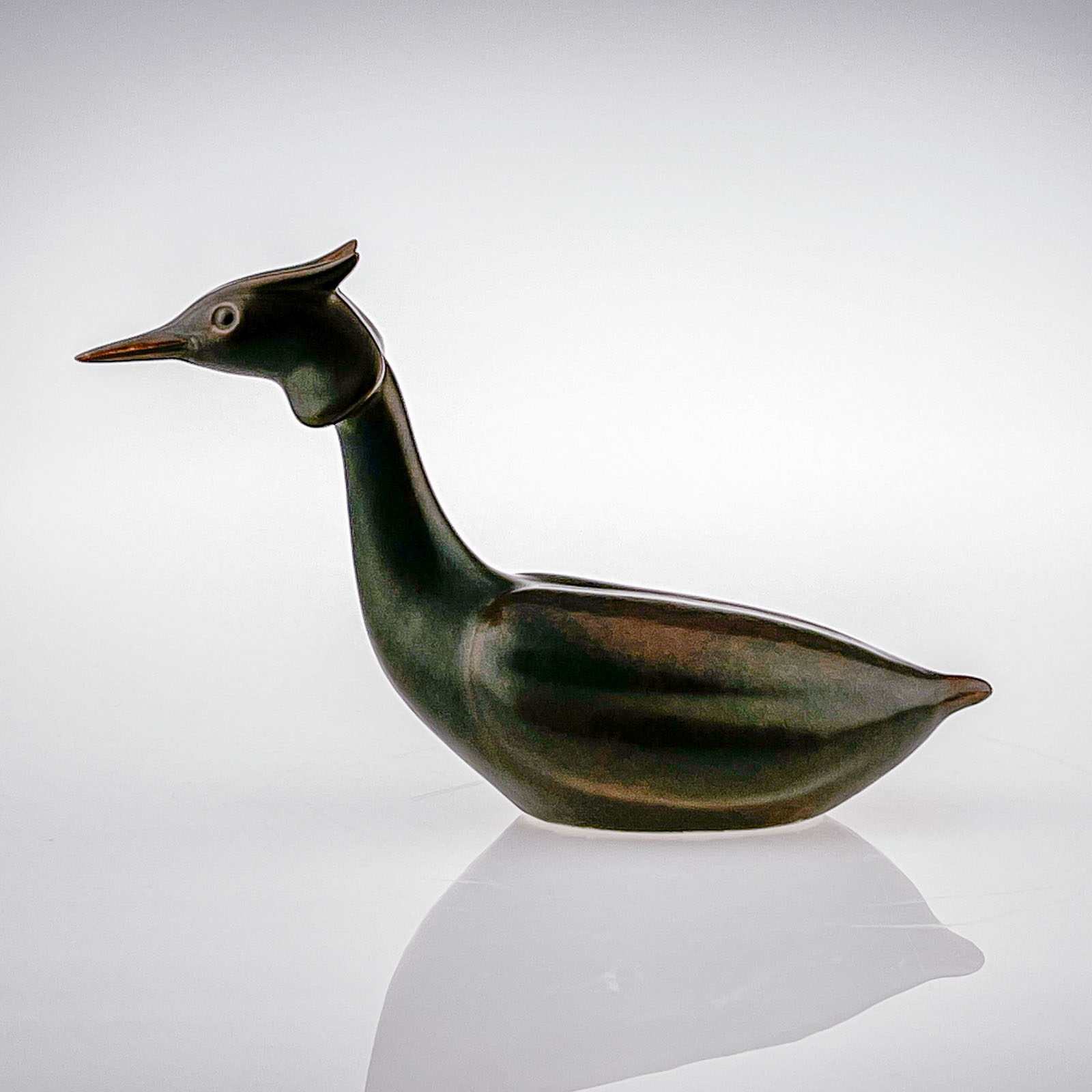 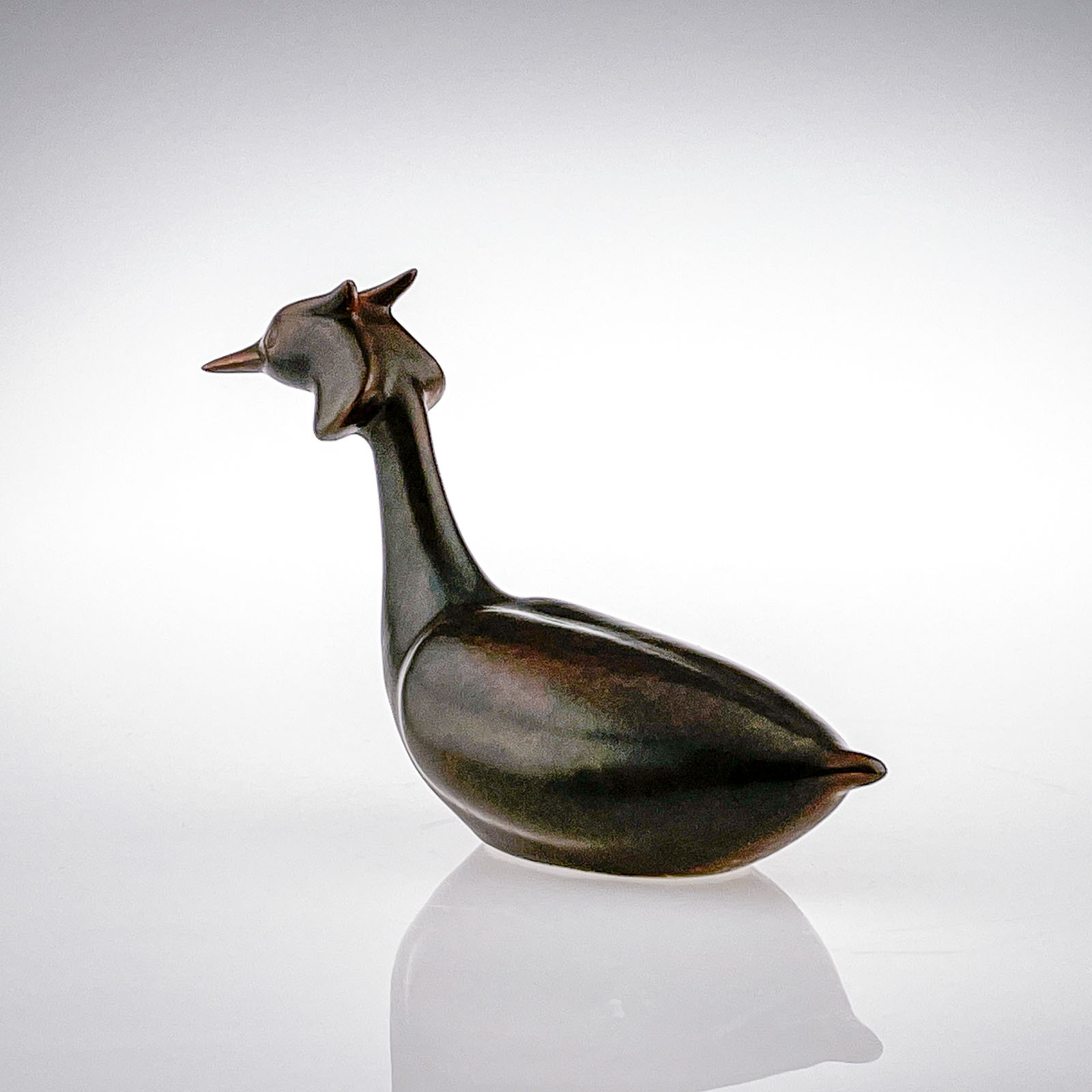 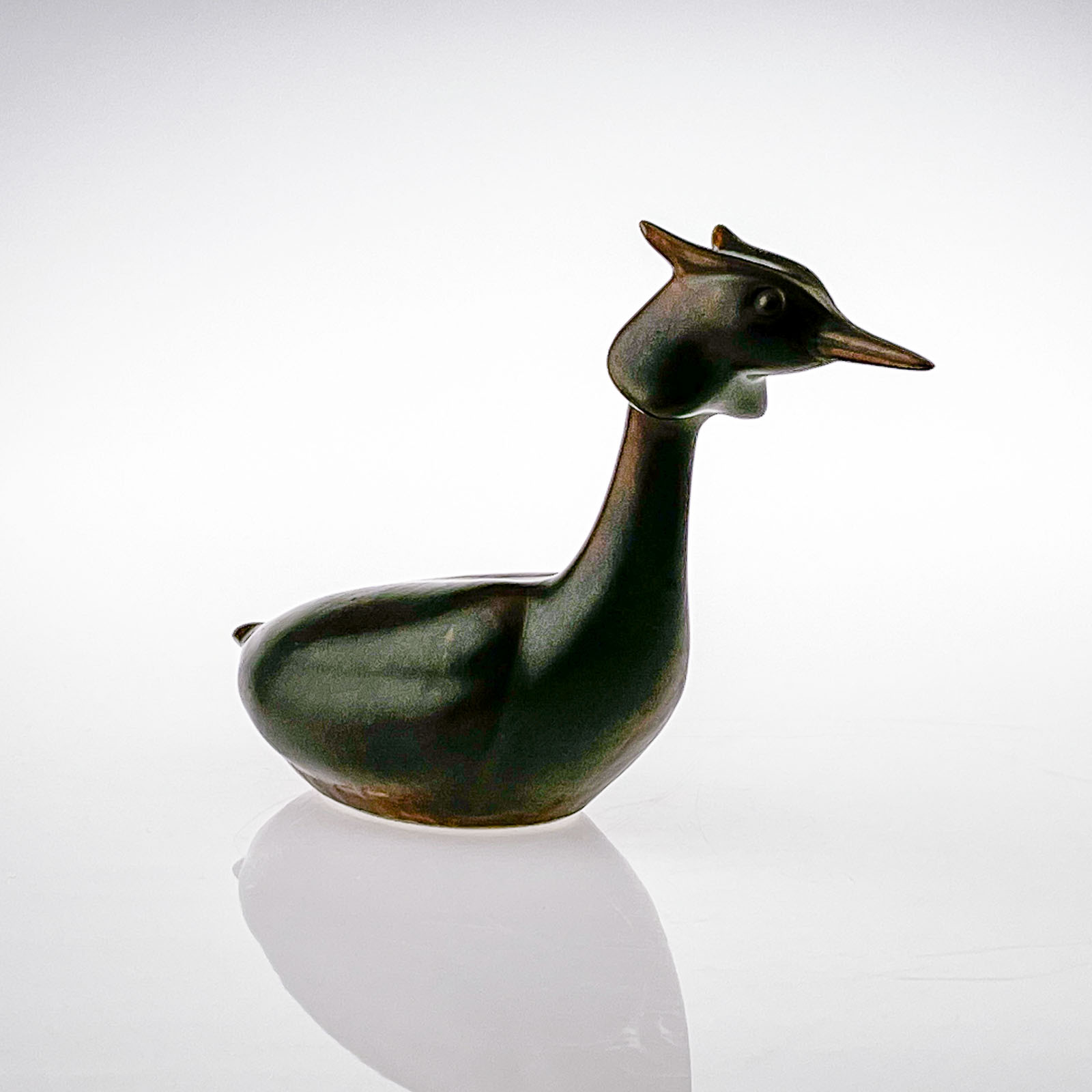 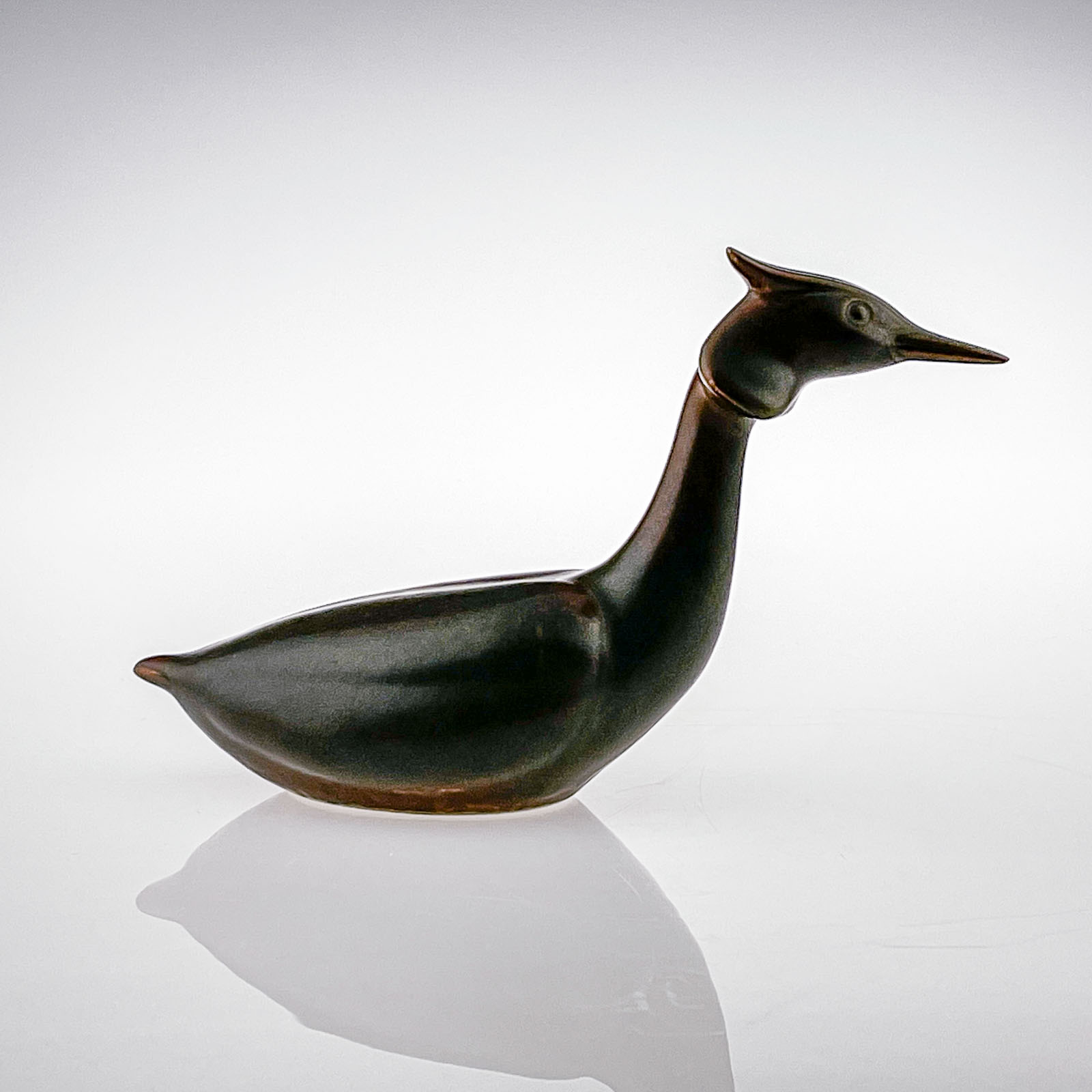 Gunnar Nylund (1904-1997) was a Swedish artist, ceramist and sculptor most known for his work for the Swedish ceramic manufacturer Rörstrand. Nylund's favourite subjects were animal figures, of which he left a beautiful oeuvre. waterbird waterbird

A stoneware sculpture of a Great Crested Grebe, finished in brown and lightbrown glazes. 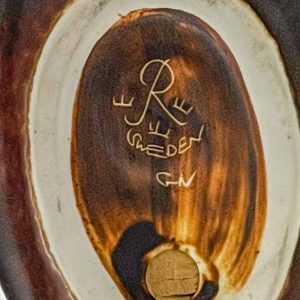