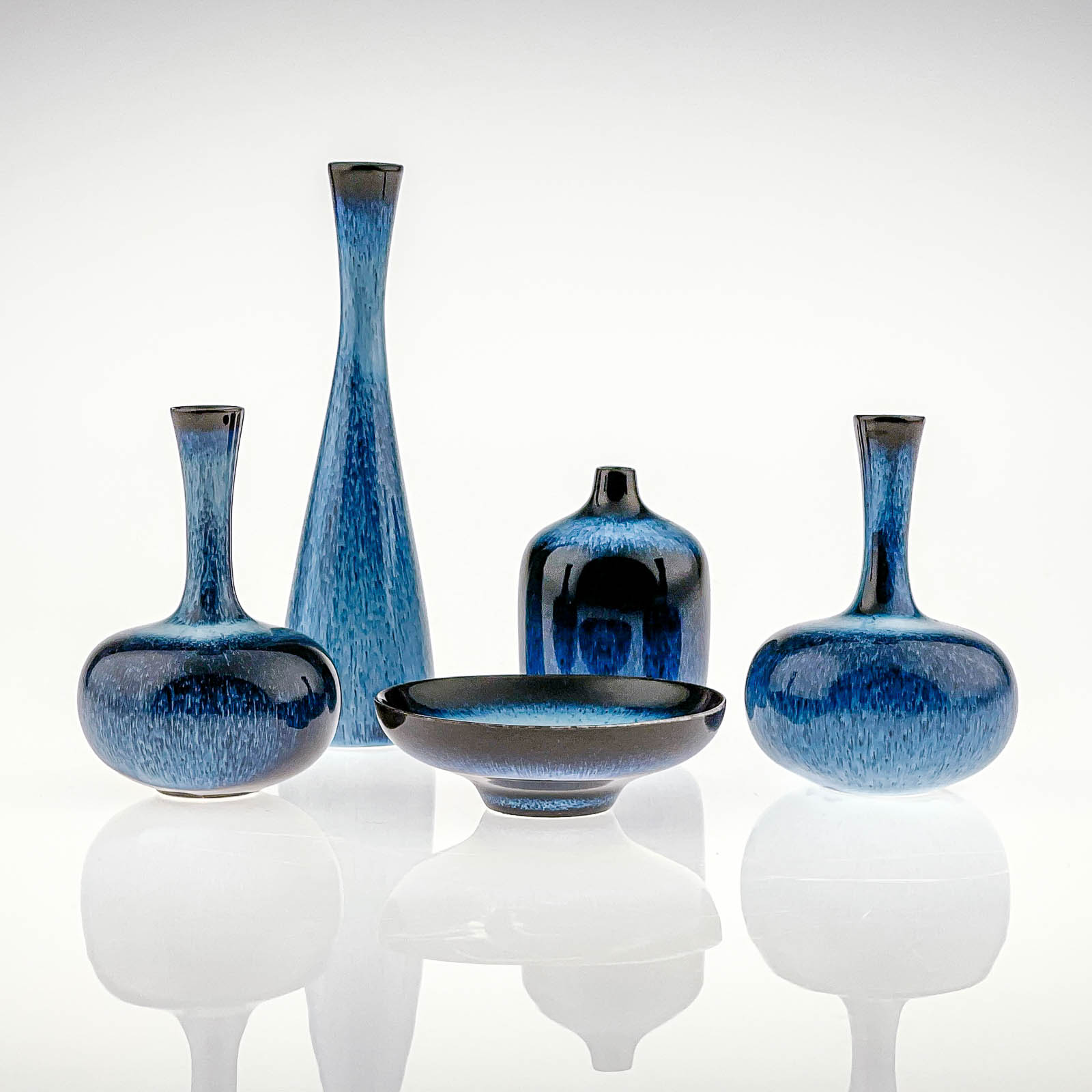 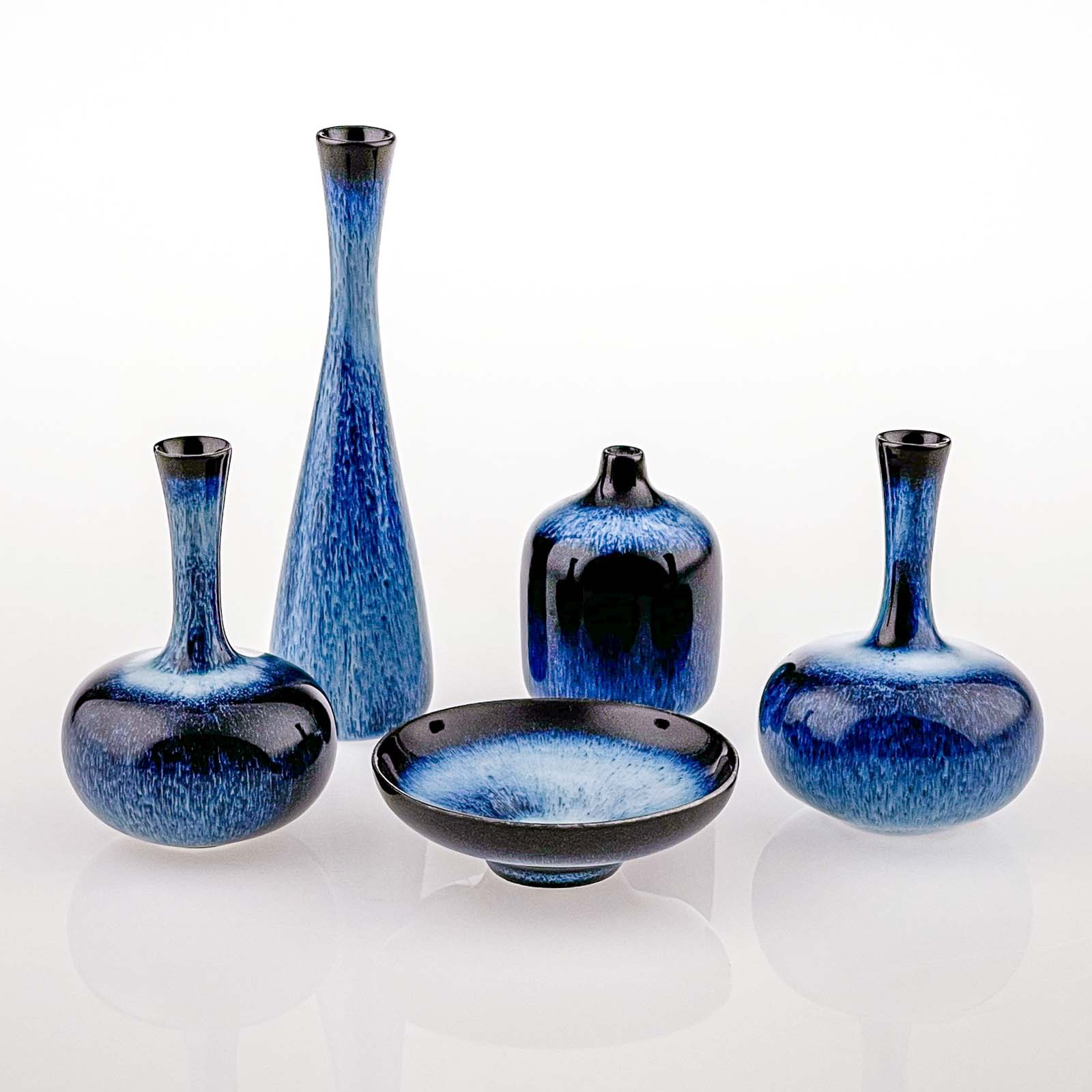 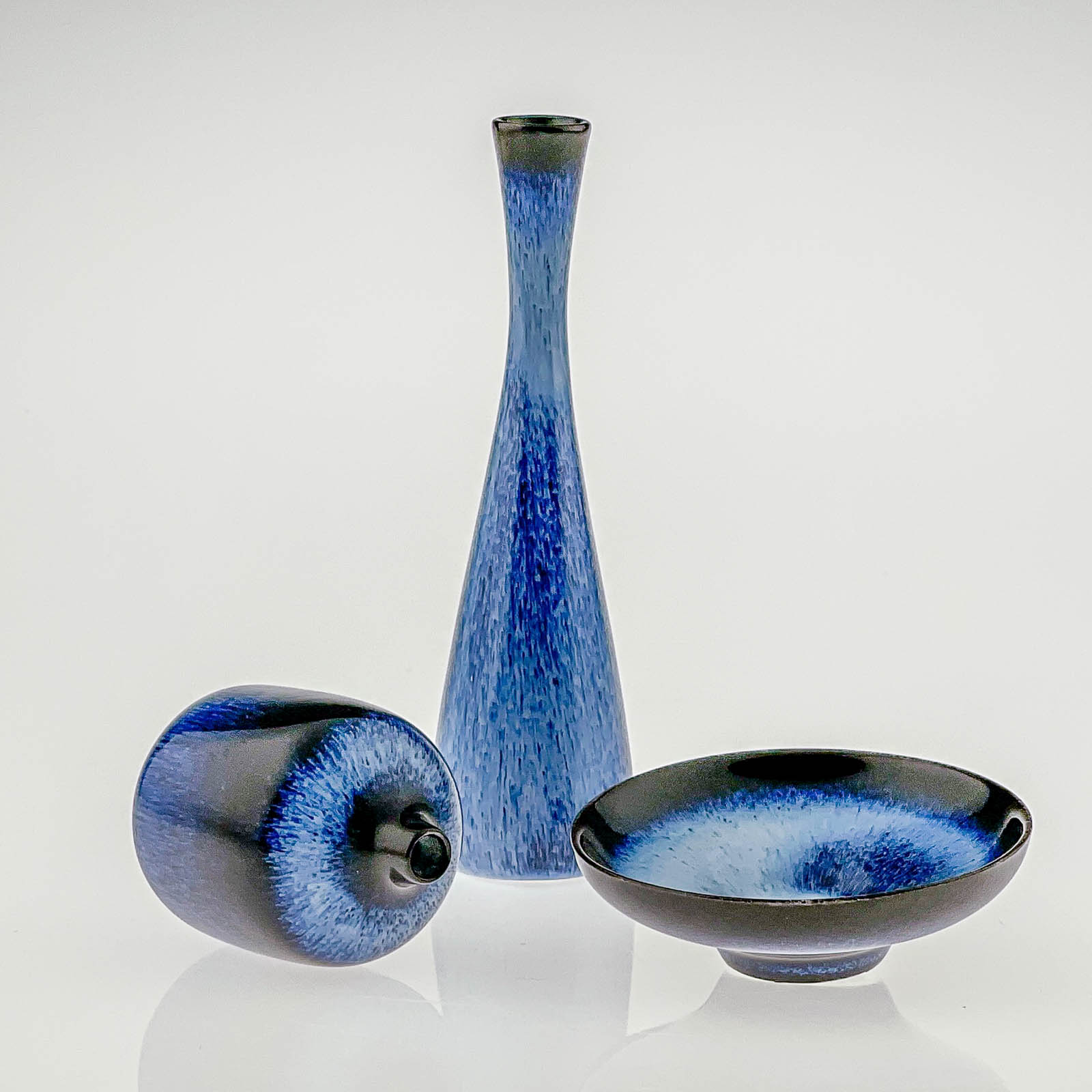 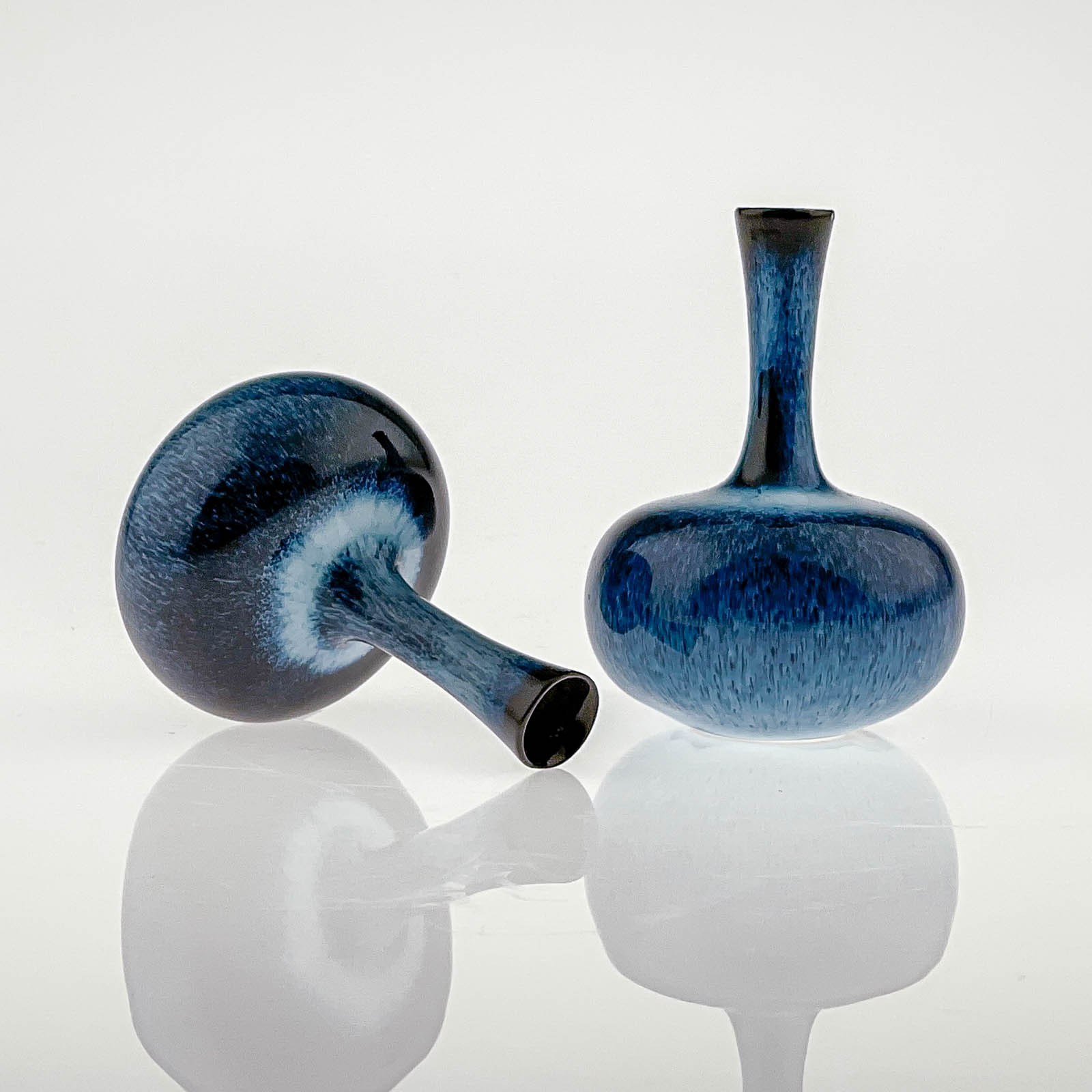 This vases were designed by Gunnar Nylund and executed by the Swedish ceramics factory Rörstrand circa 1960.

They are all signed underneath: R (Rörstrand) Sweden with 3 crowns (after 1951 Rörstrand changed to the international spelling Sweden) and GN (Gunnar Nylund). 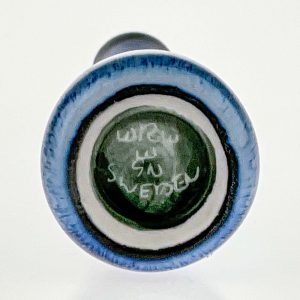 These vases are in very good vintage condition. No cracks or chips.