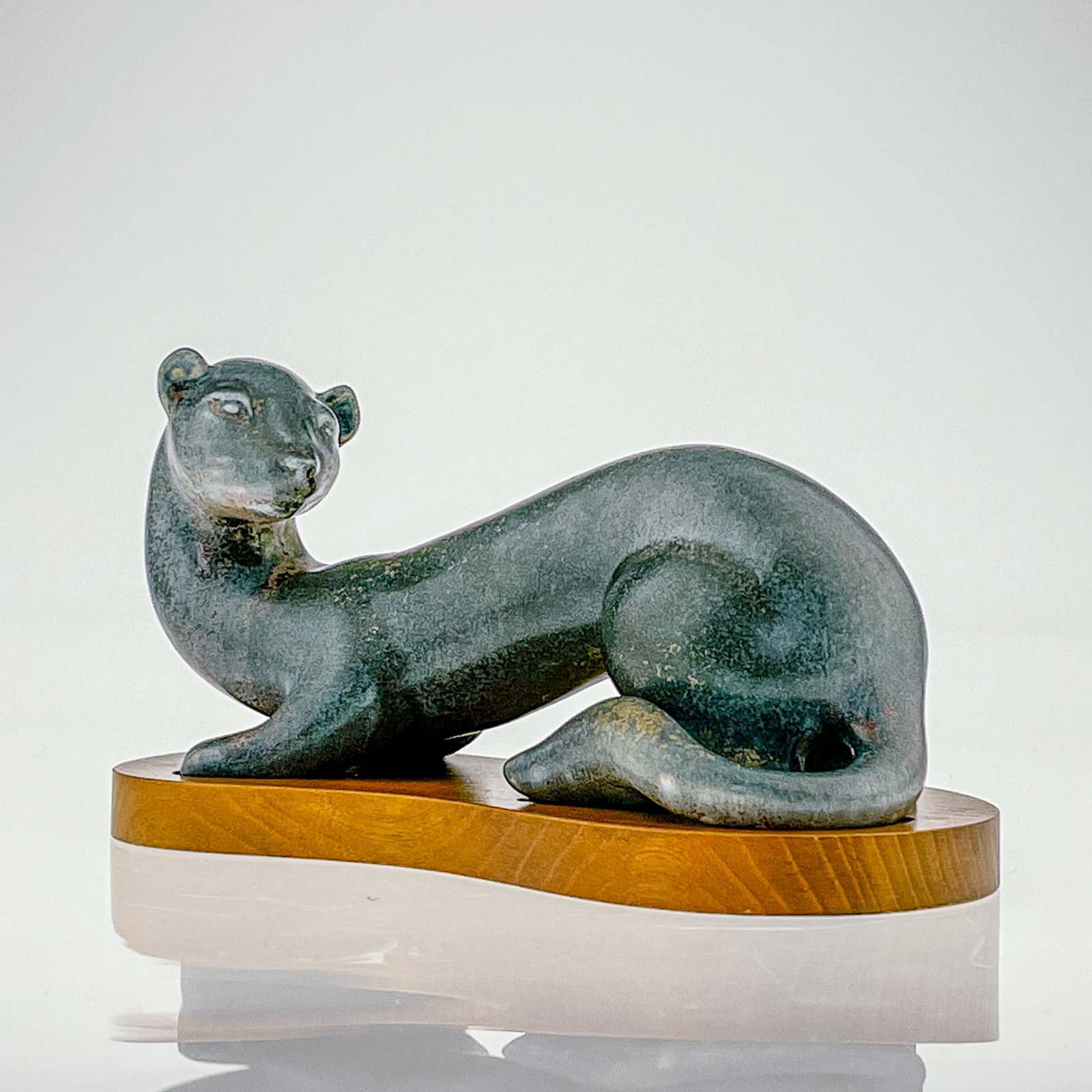 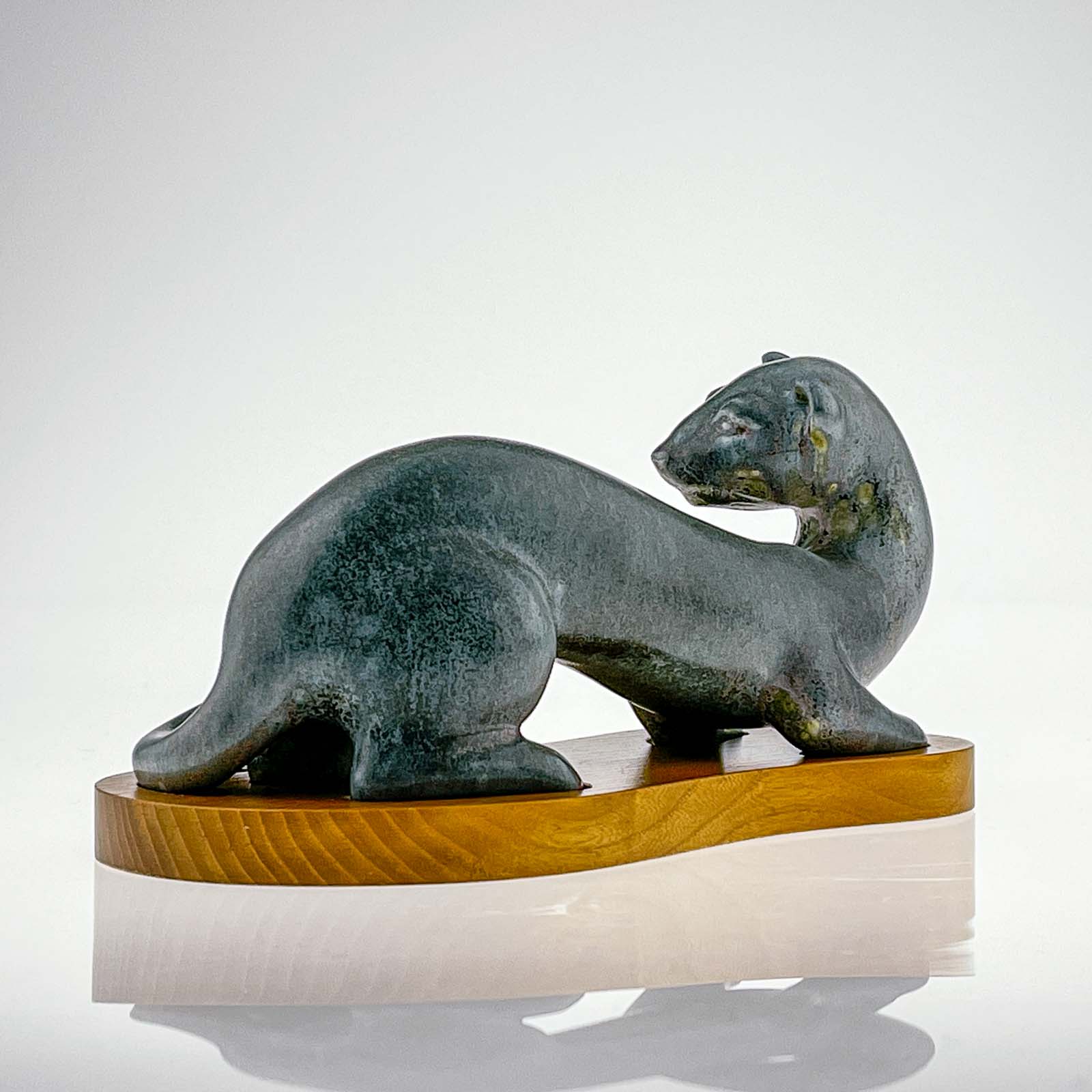 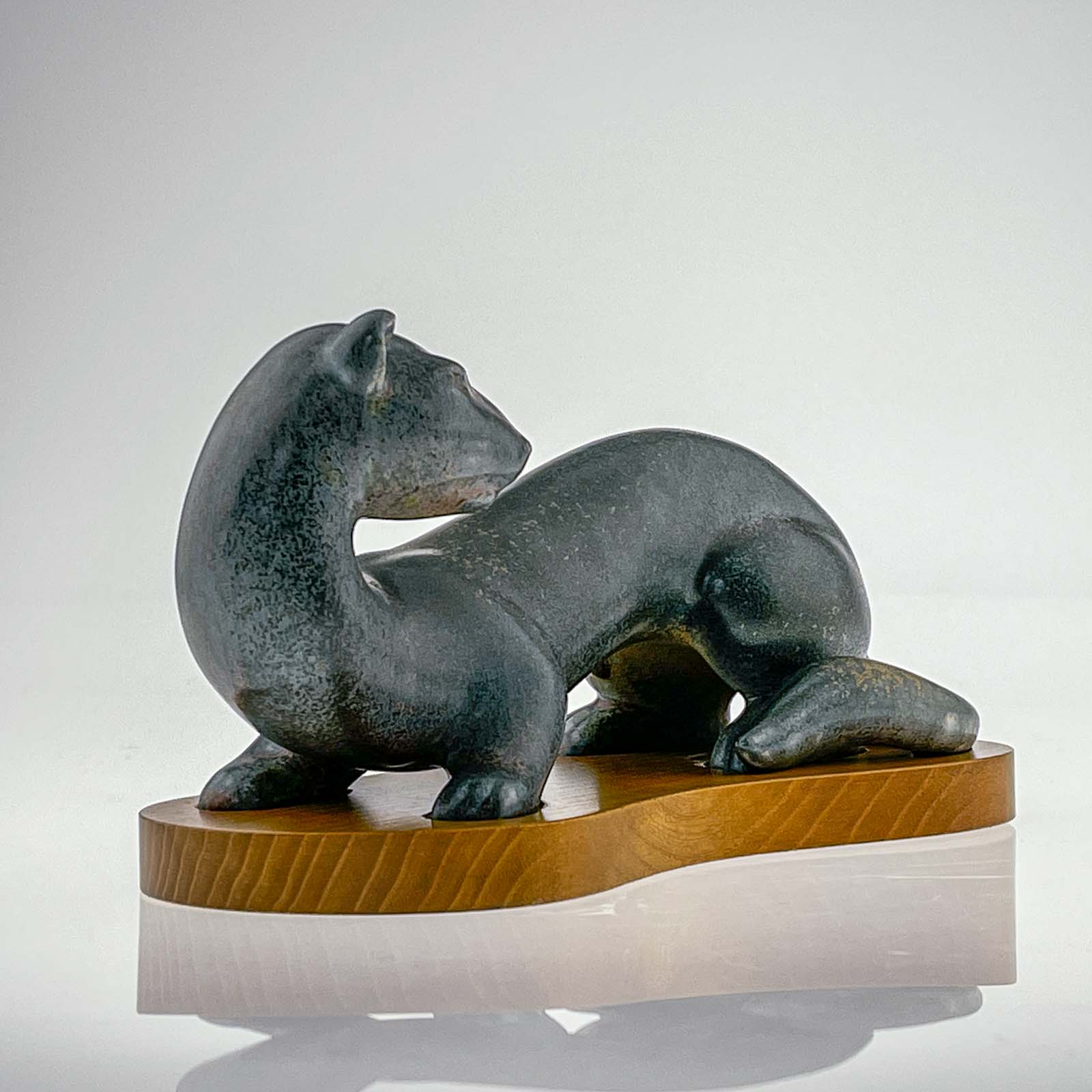 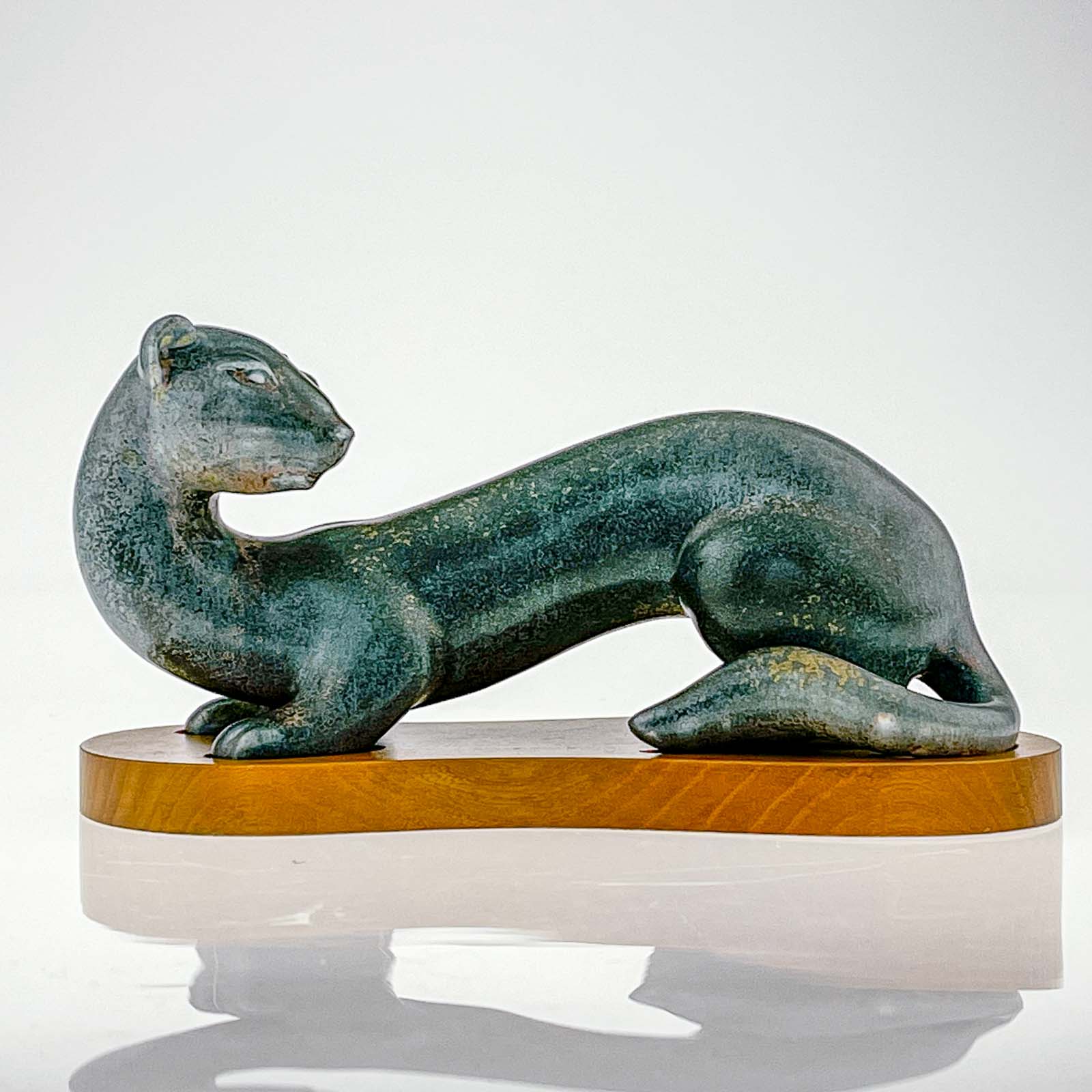 A stoneware sculpture of an Ermine, finished in a blue-grey and lightbrown brown glaze on a original lacquered wooden base. 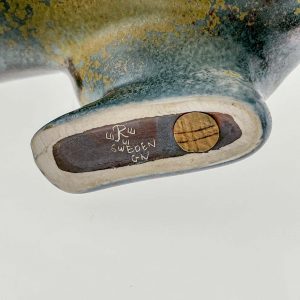