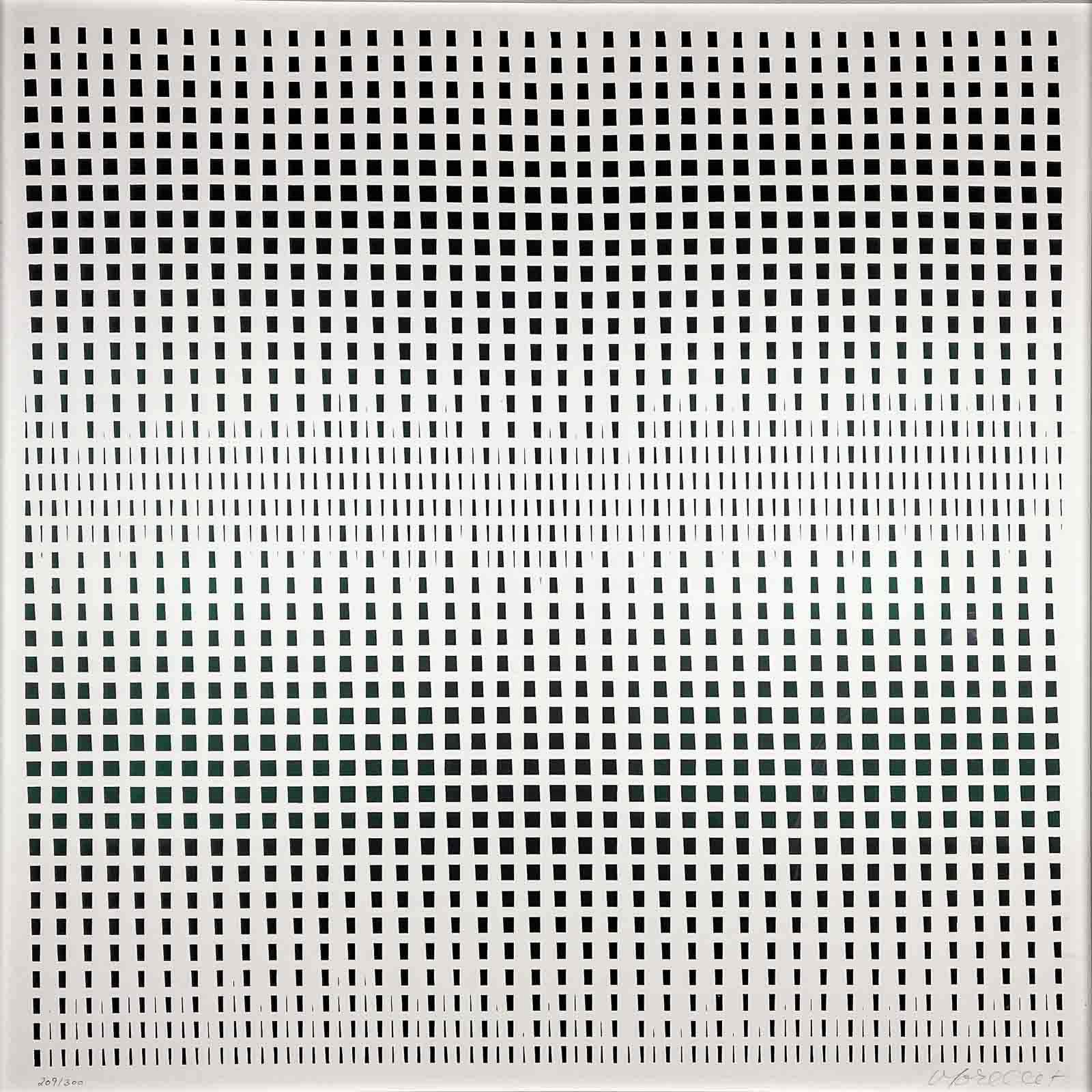 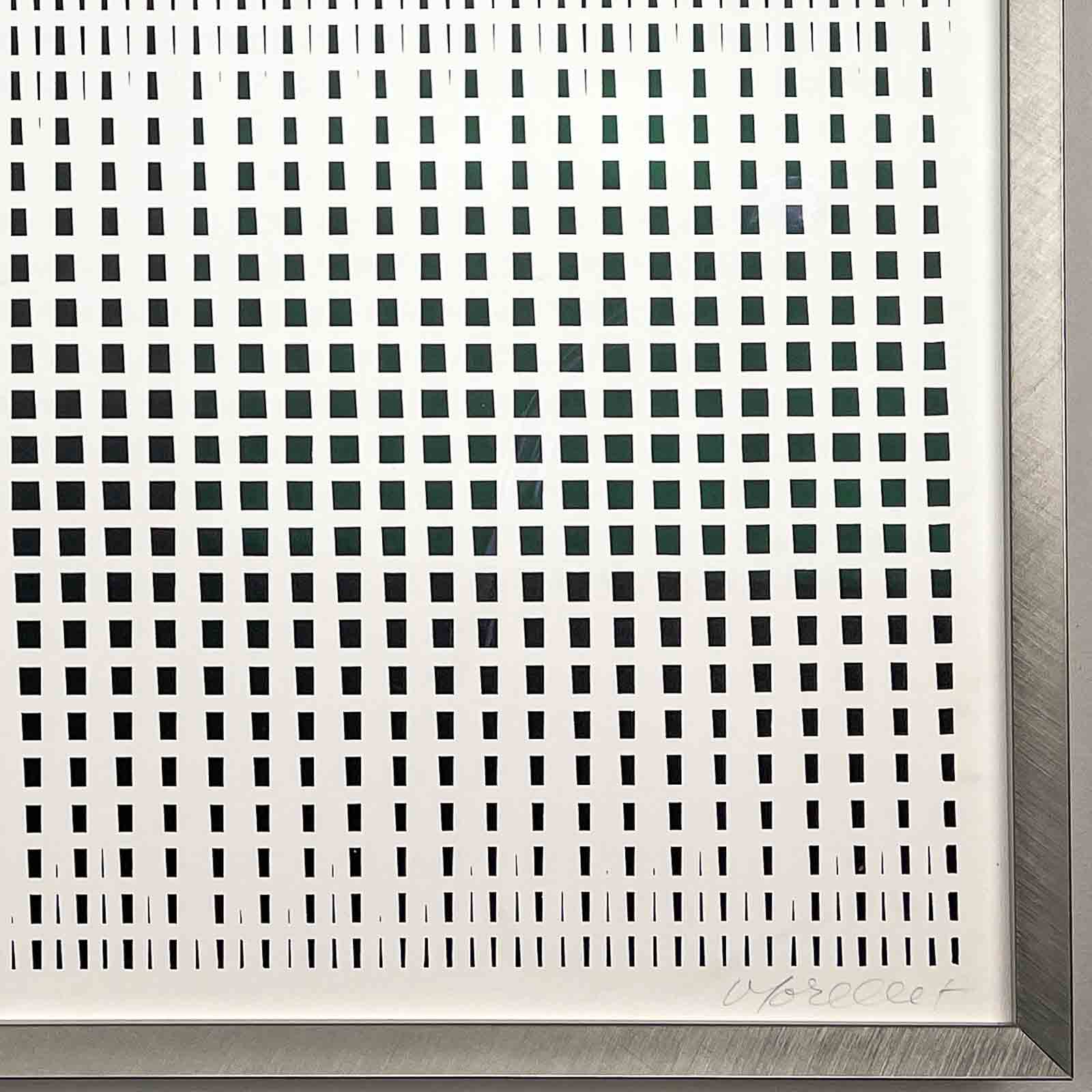 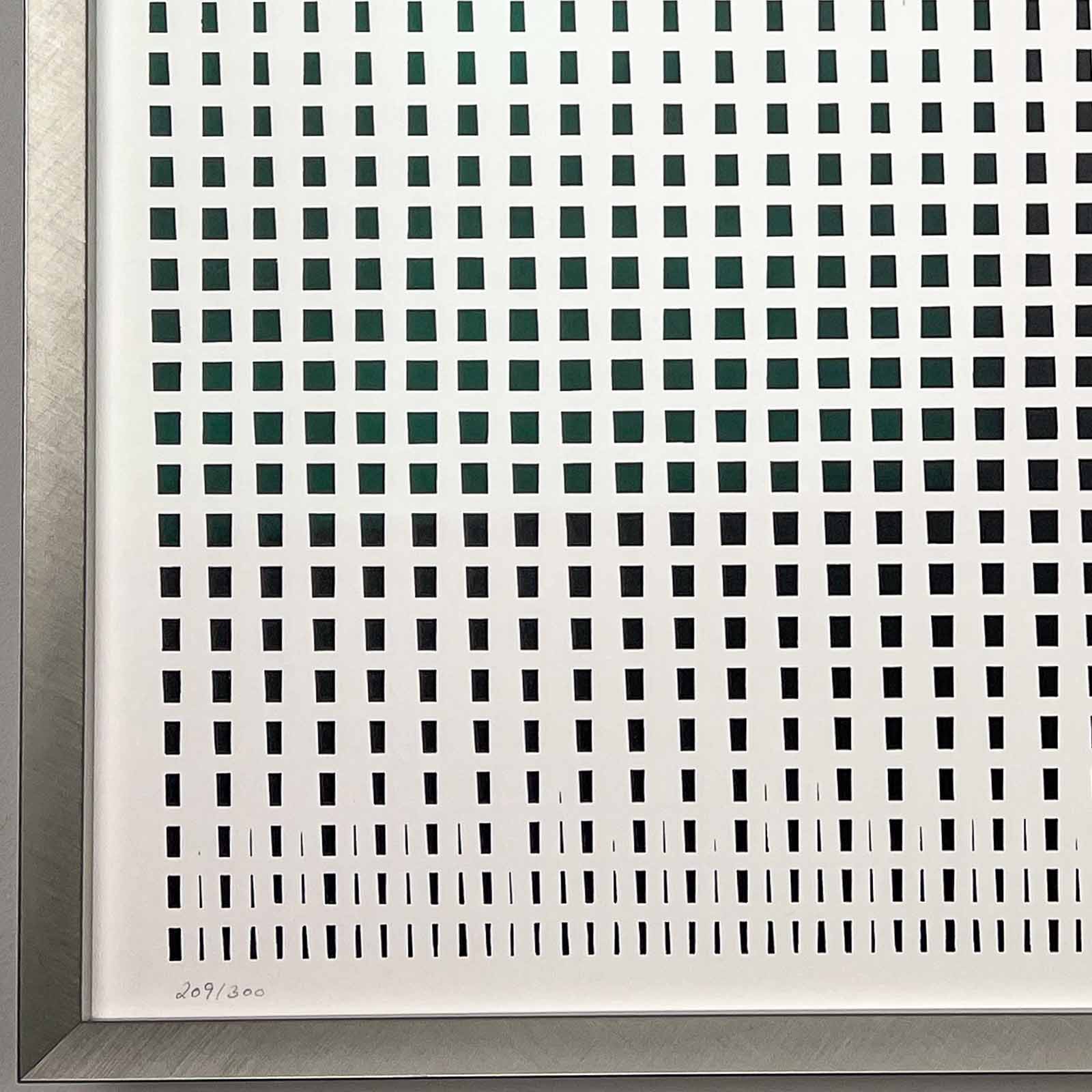 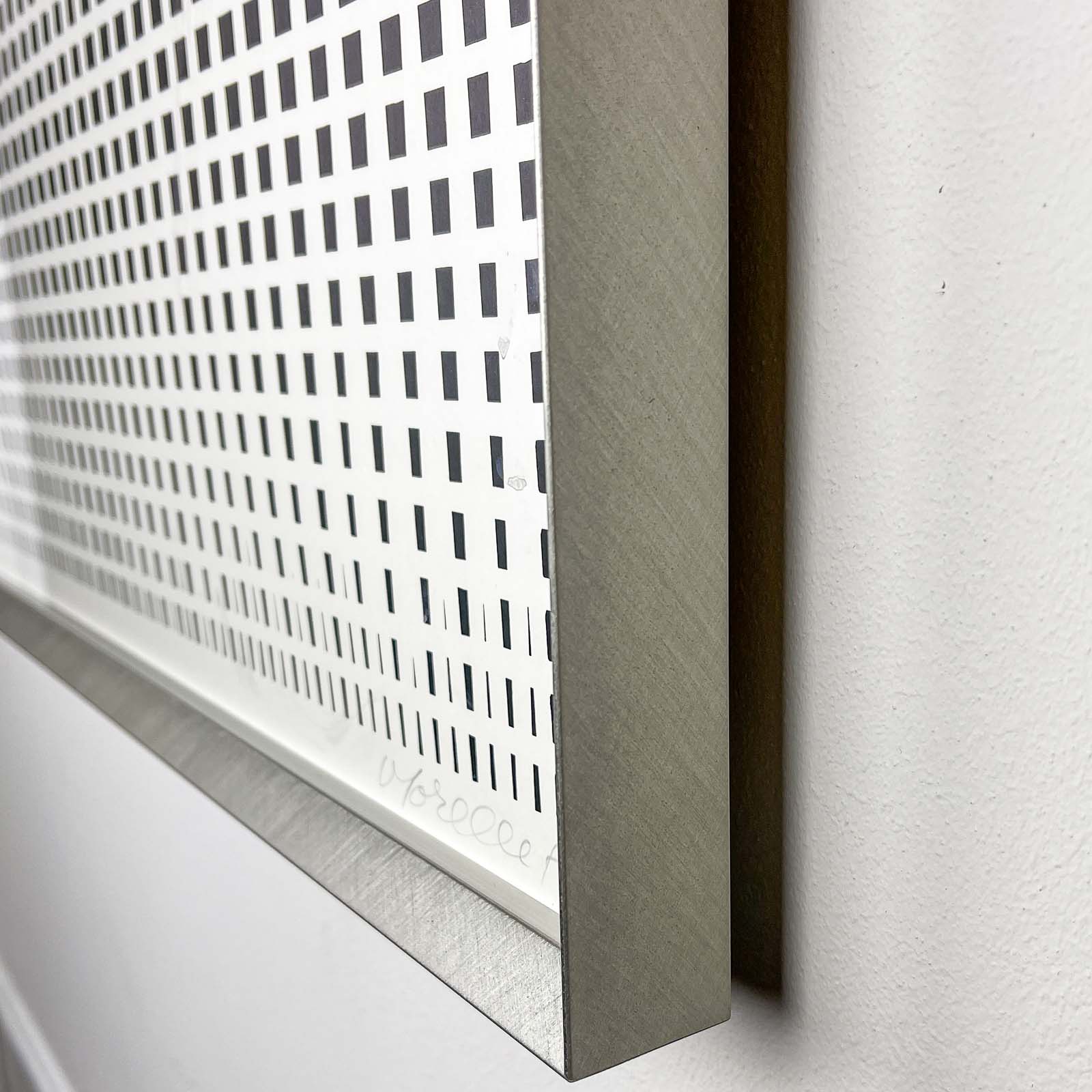 Silkscreen op wove paper. Signed and numbered (209/300) by the artist in pensil.

Morellet began his artistic career - still working in his parents' business - as a autodidact painter. His work was influenced by the work of the Dutch painter Piet Mondriaan and by the French painter Pierre Dmitrienko (Nouvelle École de Paris).

As early as 1950 he called himself an abstract painter and around that time he already had his first exhibition at Galerie Creuze in Paris. His first “sphère trame” dates from this period.

In the 1960’s, together with artists such as Francisco Sobrino, Horacio Garcia Rossi, Julio Le Parc, Yvaral and Joël Stein, he started experimenting with kinetic art within the artists' group “Groupe de Recherche d'Art Visuel”, which wanted to experimentally explore the possibilities of visual art in a scientific way. He also participated in the international movement “Nouvelle Tendance”.

In 1963, Morellet began to create light objects using neon tubes after the example of the American Dan Flavin. From the end of the sixties, Morellet started to occupy himself with art in relation to architecture and art in public spaces. Examples of these projects are: the Centre Culturel in Compiègne, the La Défense district in Paris and contributions to the sculpture park of the Kröller-Müller Museum in Otterlo.

Morellet's work is considered to be geometric abstraction and it fits in with the minimalism of Donald Judd, Ellsworth Kelly, Sol LeWitt and Frank Stella. At the same time, there is an affinity with Dadaism.

Signed and numbered in pensil by the artist. 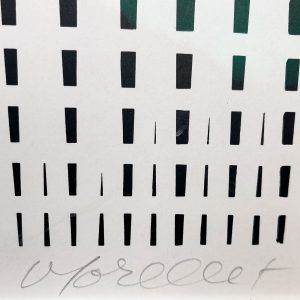 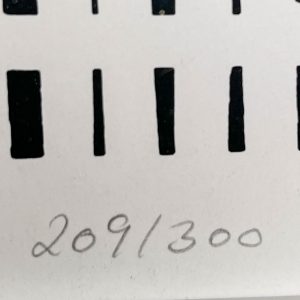