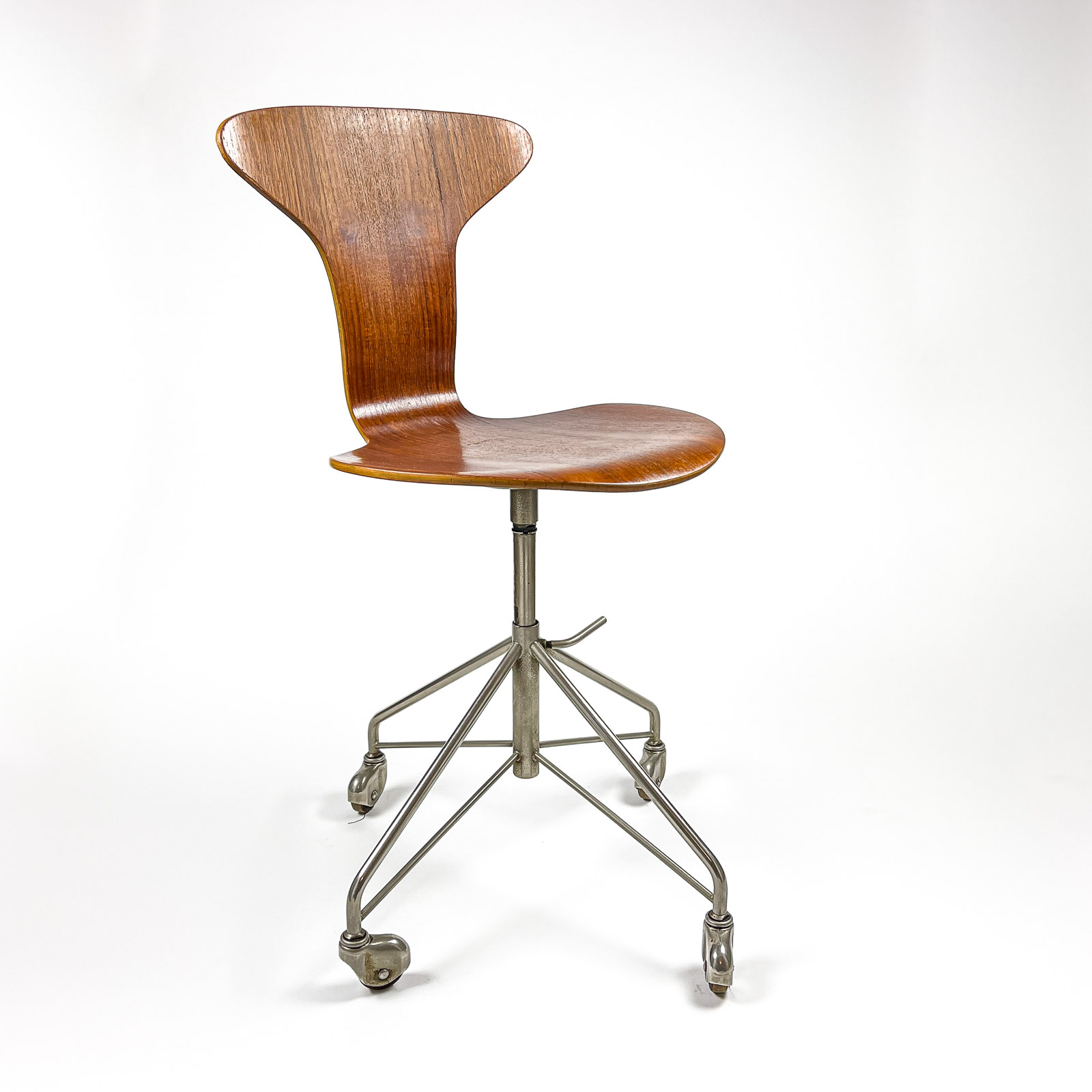 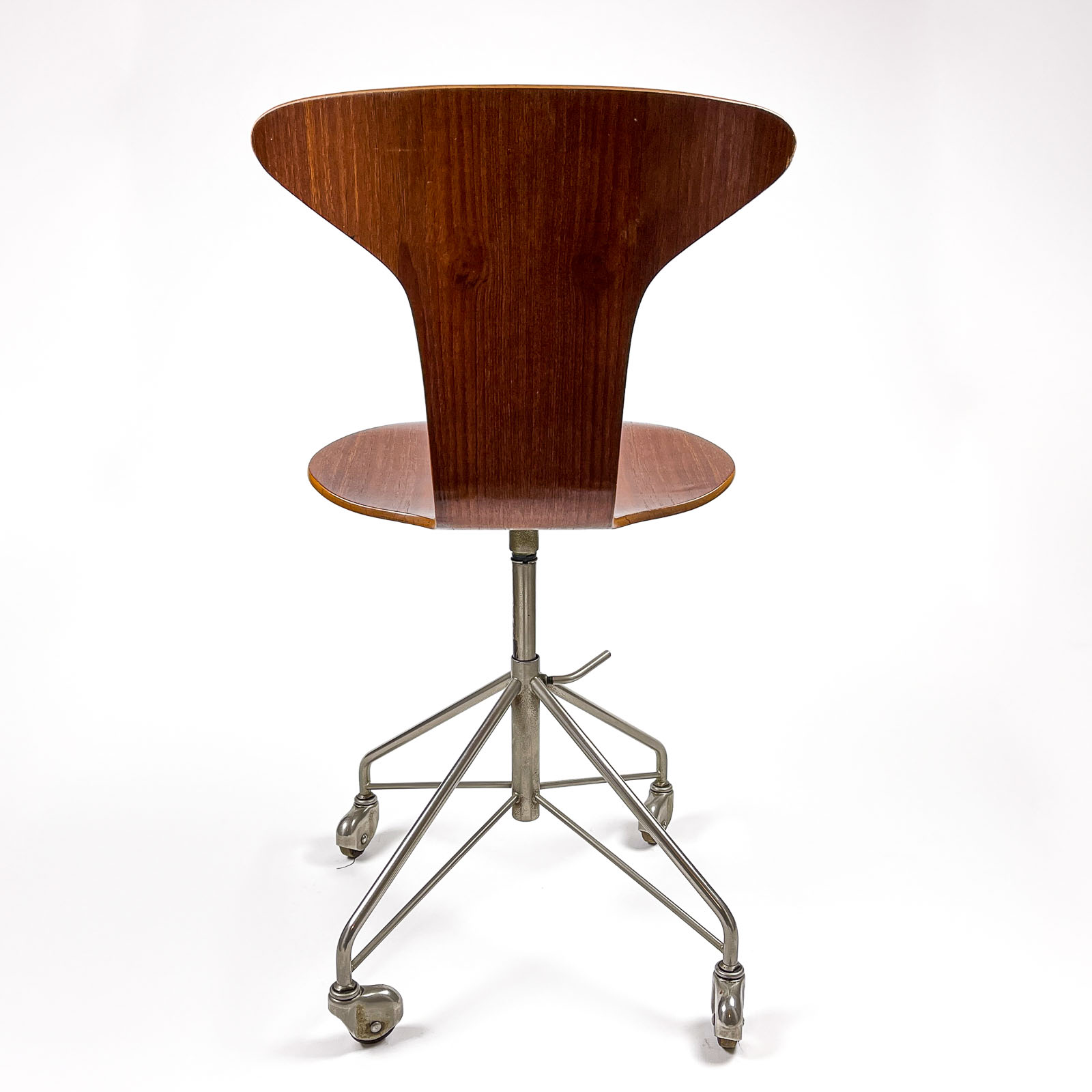 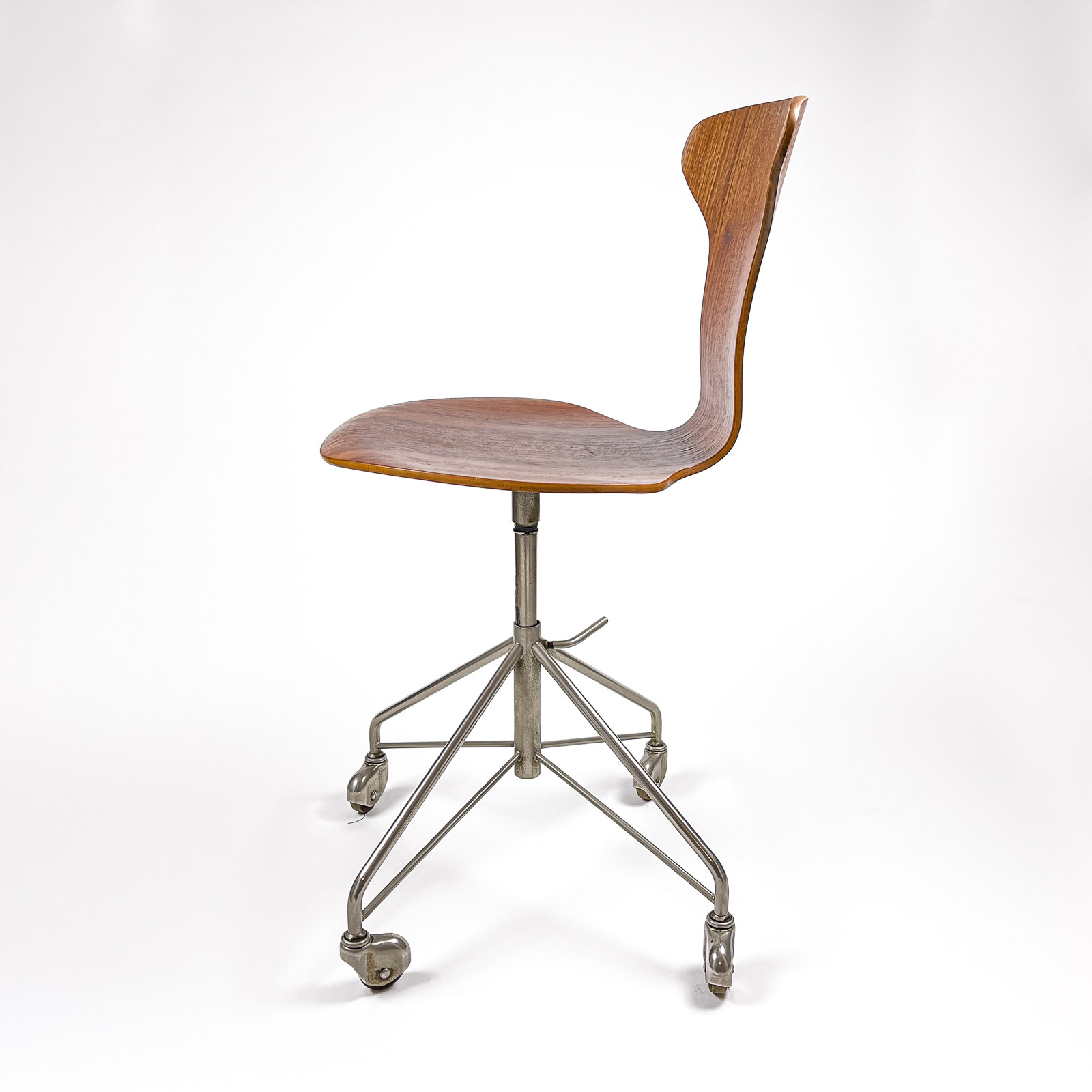 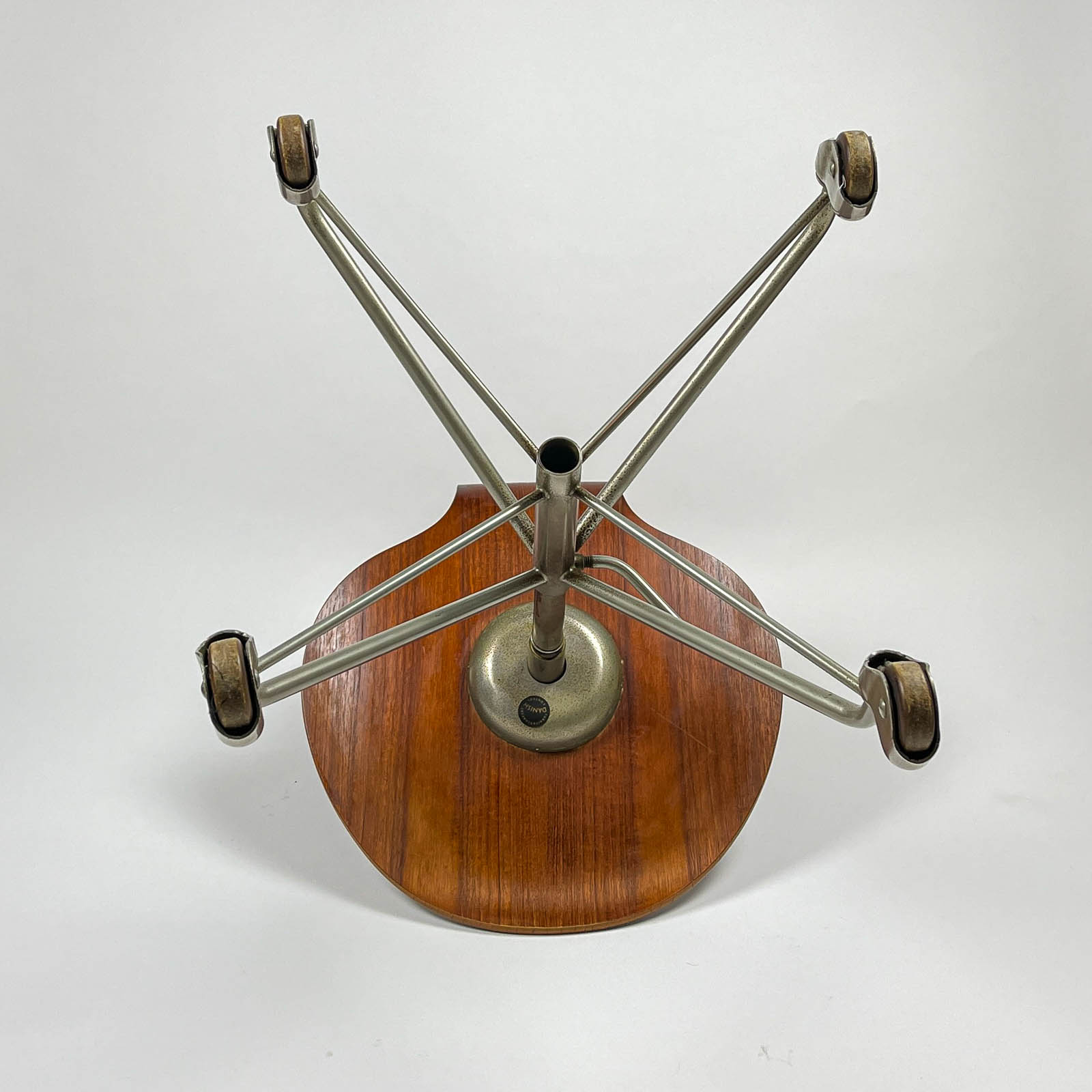 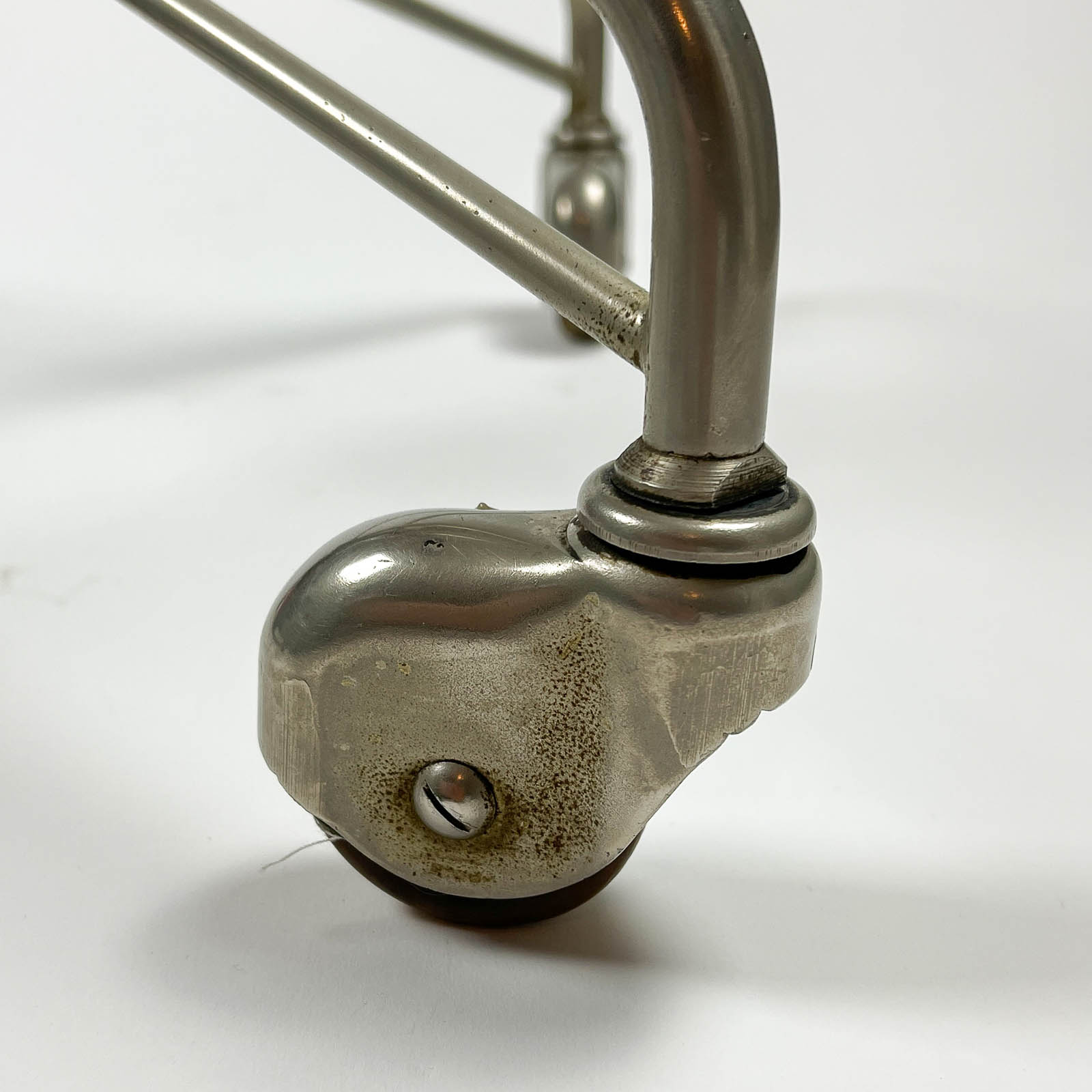 Arne jacobsen (1902 Copenhagen - 1971 Copenhagen) was a Danish architect and designer best known for his contribution to architectural functionalism and for the worldwide success he enjoyed with simple well-designed chairs. Arne Jacobsen studied architecture at the Royal Danish Academy of Fine Arts (Det Kongelige Danske Kunstakademi) from 1924 to 1927 under Kay Fisker and Kaj Gottlob. In 1925, still a student, Jacobsen participated in the Exposition Internationale des Arts Décoratifs et Industriels Modernes in Paris, where he won a silver medal for a chair design.

After studying architecture, Jacobsen joined Paul Holsoe's architectural firm. In 1930, he founded his own firm. Today, Arne Jacobsen is remembered primarily for his furniture designs. However, he believed he was first and foremost an architect.

His way into product design came through his interest in "Gesamtkunst" and most of his designs which later became famous in their own right were created for architectural projects.

In 1951, he created the Ant chair for an extension of the Novo pharmaceutical factory and, in 1955, came the Seven Series. Both matched modern needs perfectly, being light, compact and easily stackable. Two other highly successful chair designs, the Egg and the Swan, were created for the SAS Royal Hotel which he designed in 1956.

The recipient of many awards, most notably the Grand rix at the 1957 Milan Triennale, the Prince Eugen Medal for architecture and the International Design Award, American Institute of Interior Designers.

Today in addition to his many architectural works, which can be seen throughout Denmark, his pieces can be found in numerous international collections, including The Museum of Modern Art in New York, the Design Museum in London, and the San Francisco Museum of Modern Art.

Designed in 1955 by Arne Jacobsen and executed by Fritz Hansen in the late 1950's.

The early production pieces had a base with only four feet, placed on "streamlined" castor-wheels. In later models the base was changed to a 5-feet base. 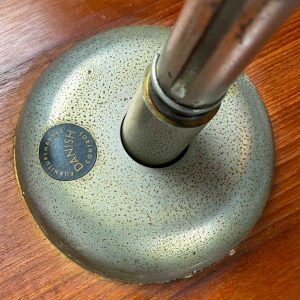 Good original vintage condition. Light corrosion, wear consistent with age and use. The seat is in good condition, some small marks.