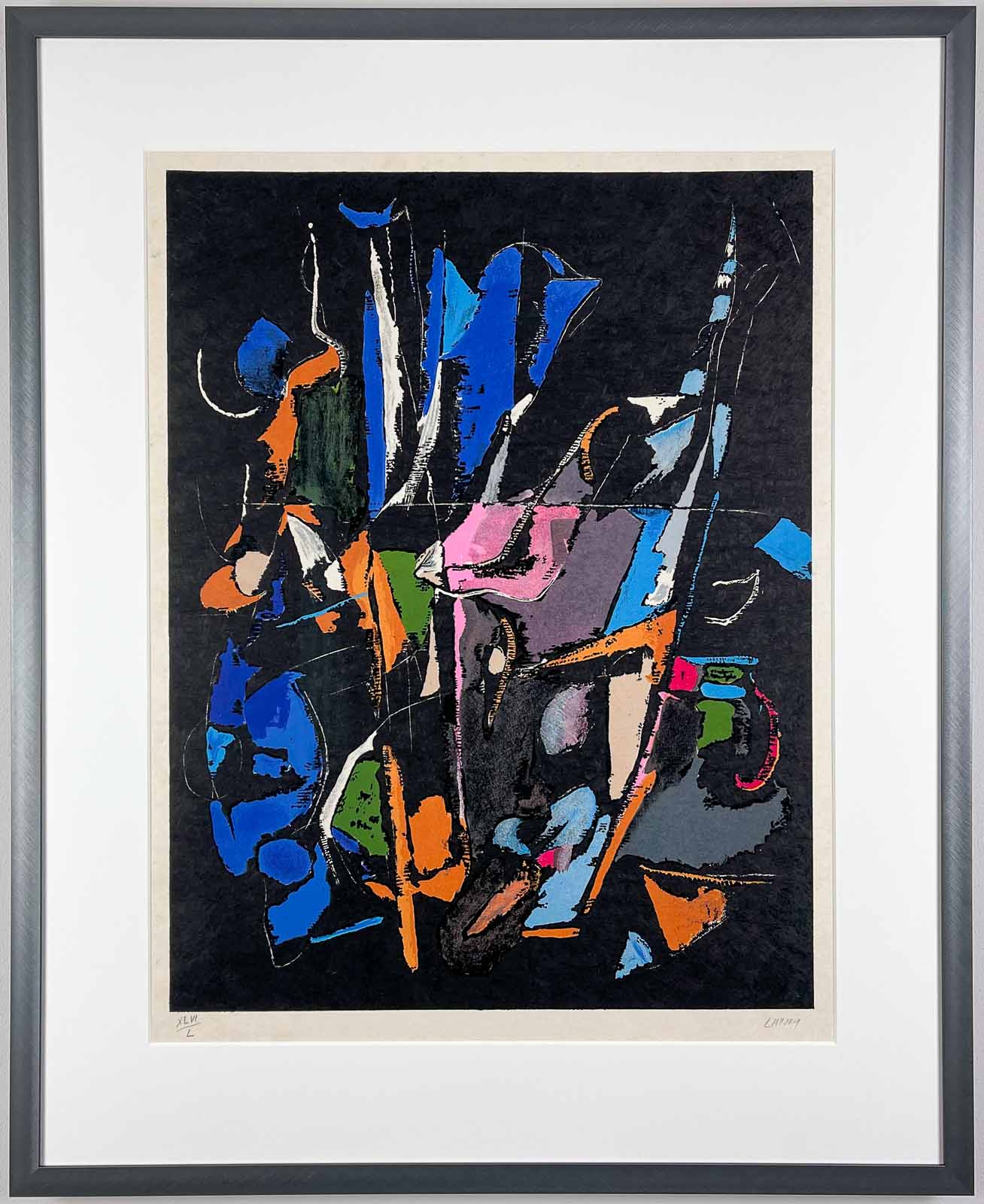 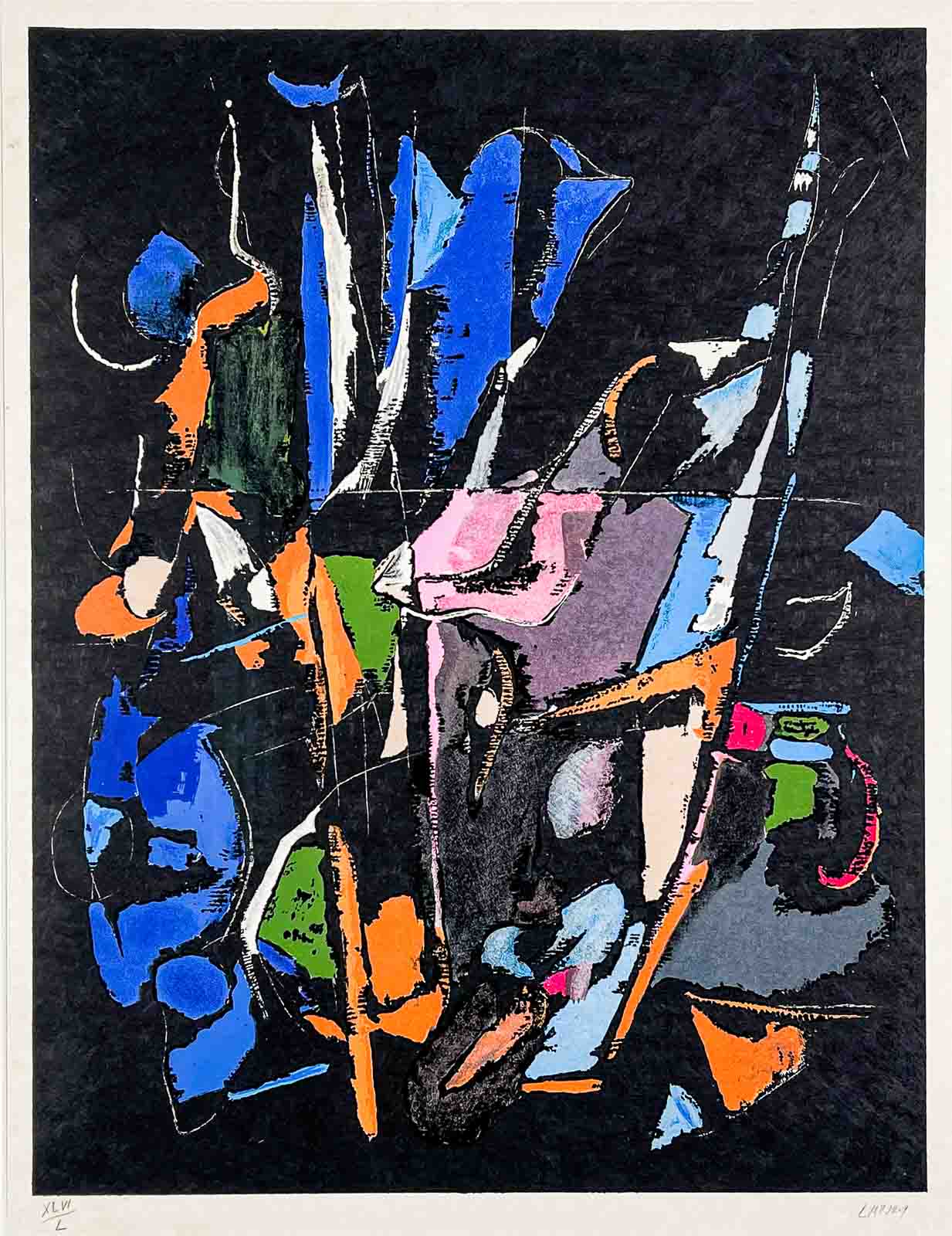 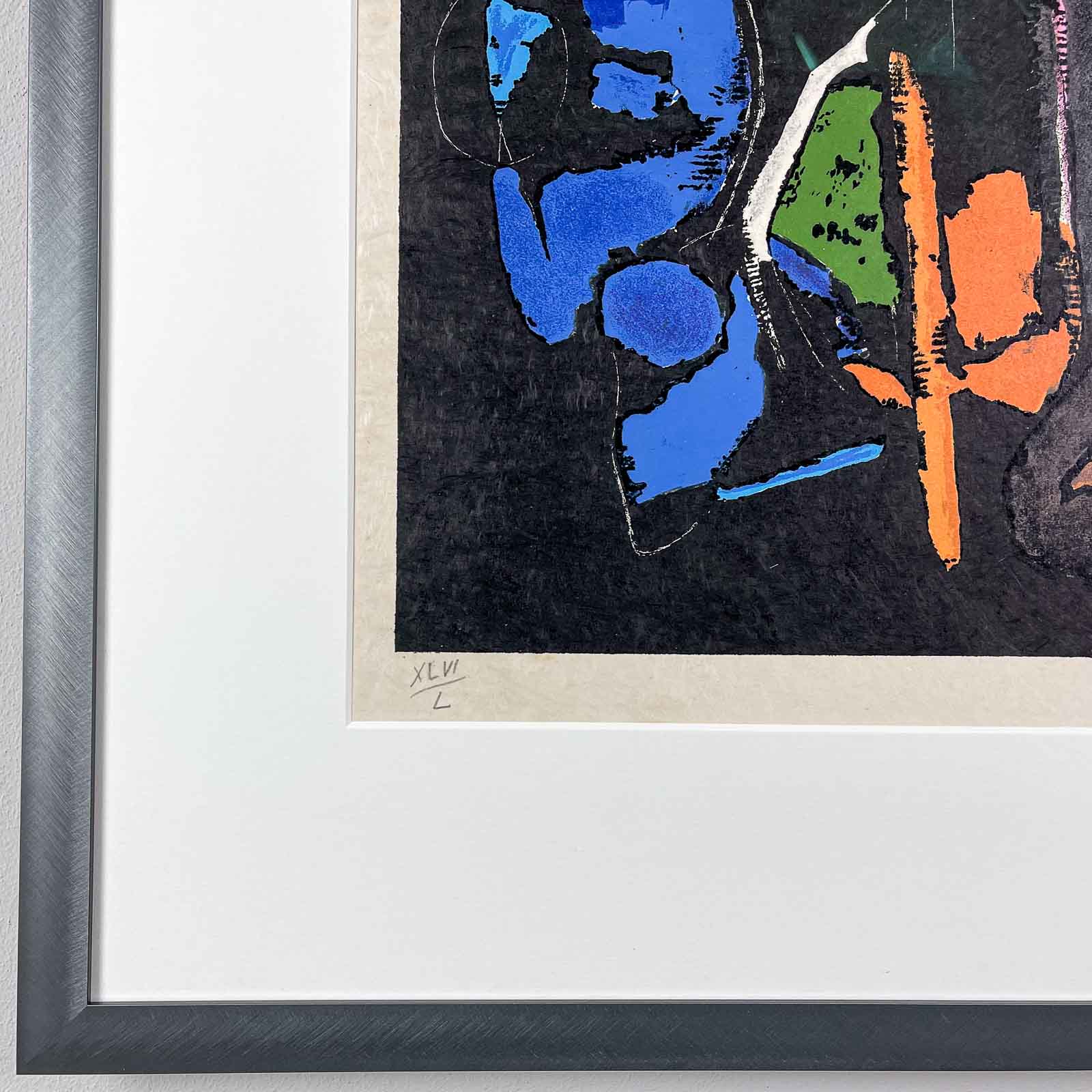 Lithograph print by French / Russian artist André Lanskoy. Printed circa 1965 in an edition of 50.

Signed and numbered in Roman numbers(XLVI/L) by the artist in pencil.

André Michailovitch Lanskoy (1902 Moscow, Russia – 1976 Paris, France) was a French-Russian artist and one of the foremost abstract painters of the Ecole de Paris.

Born in Tsaristic Russia in a noble family Lanskoy studied at the Academy of Fine Arts of St.Petersburg. After the victory of the Red army in the Russian Revolution and the Civil War that followed, he went into exile to Paris in 1921.

His work made a strong impact right from the start and in 1924 he was invited to exhibit with Delaunay, Survage and Zadkine, at Galerie Carmine. Until 1937 his work consisted of bold figurative compositions, but after this date he started to explore abstraction. His first fully abstract work Lanskoy painted in 1940.

From the 1950’s onward he enjoyed a high international status as painter of abstract works. He was regarded as one of the leading post-war painters along with Soulages, Poliakoff and Dubuffet. 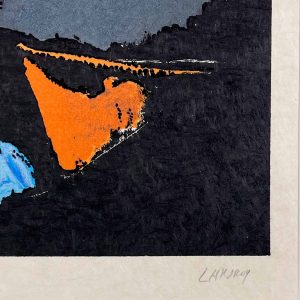