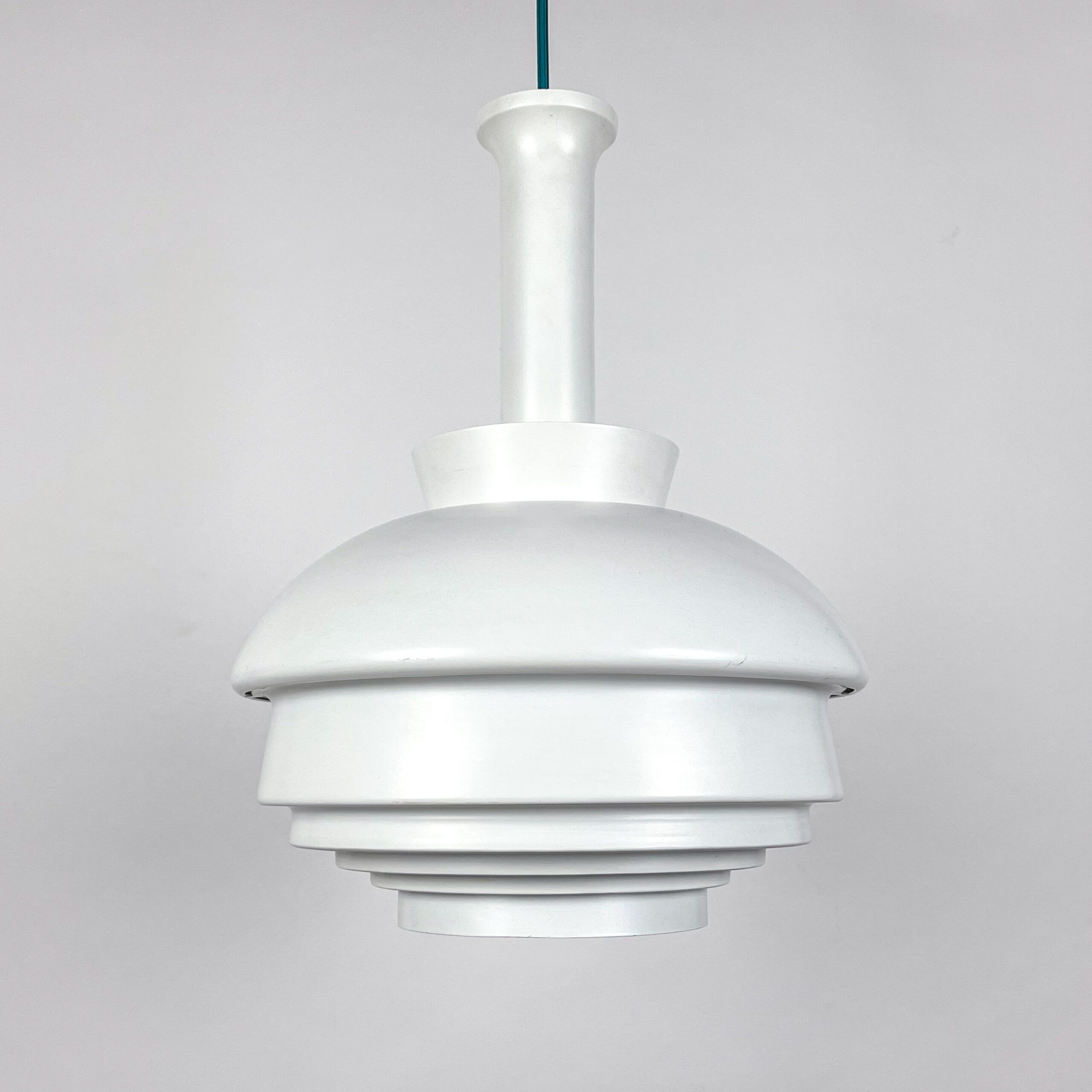 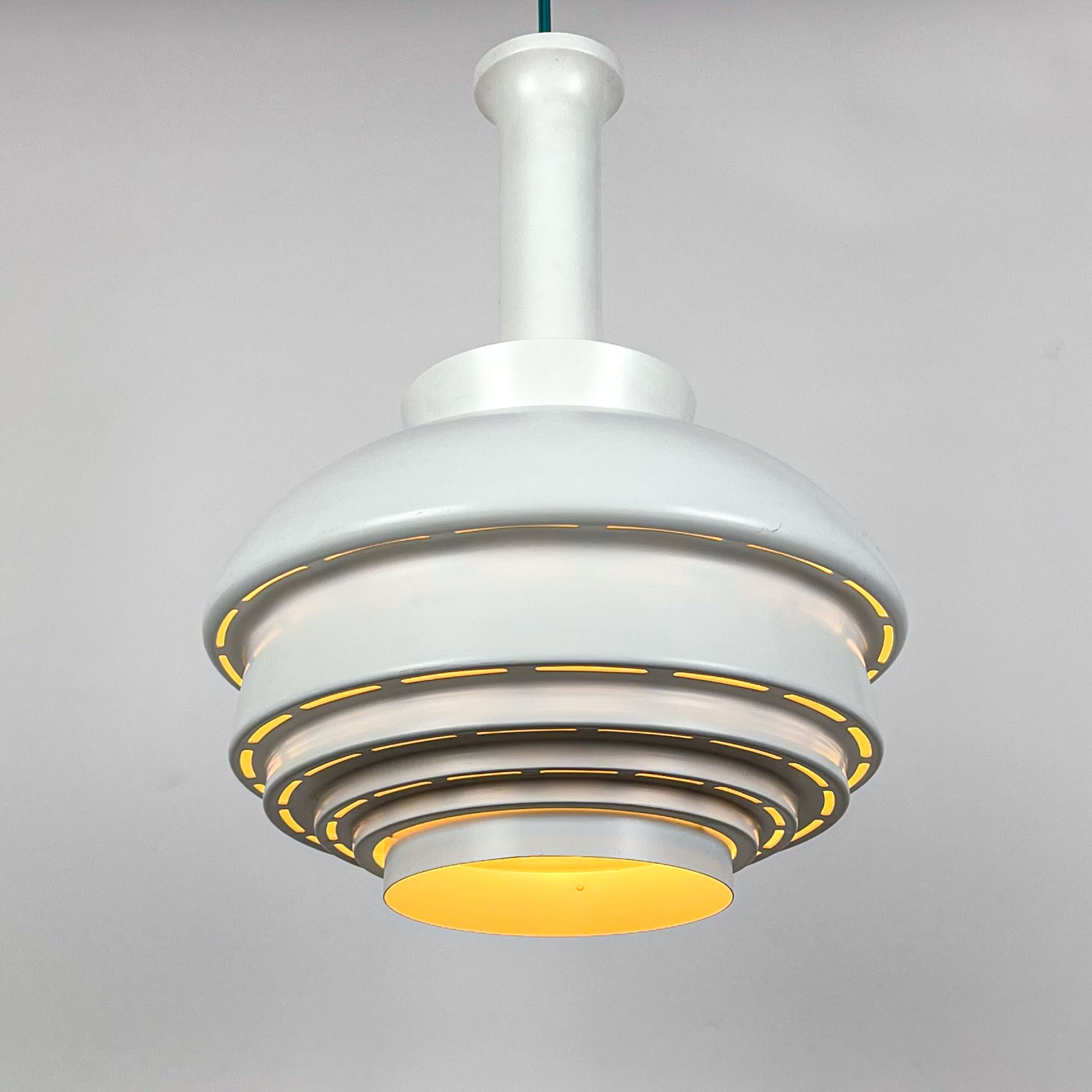 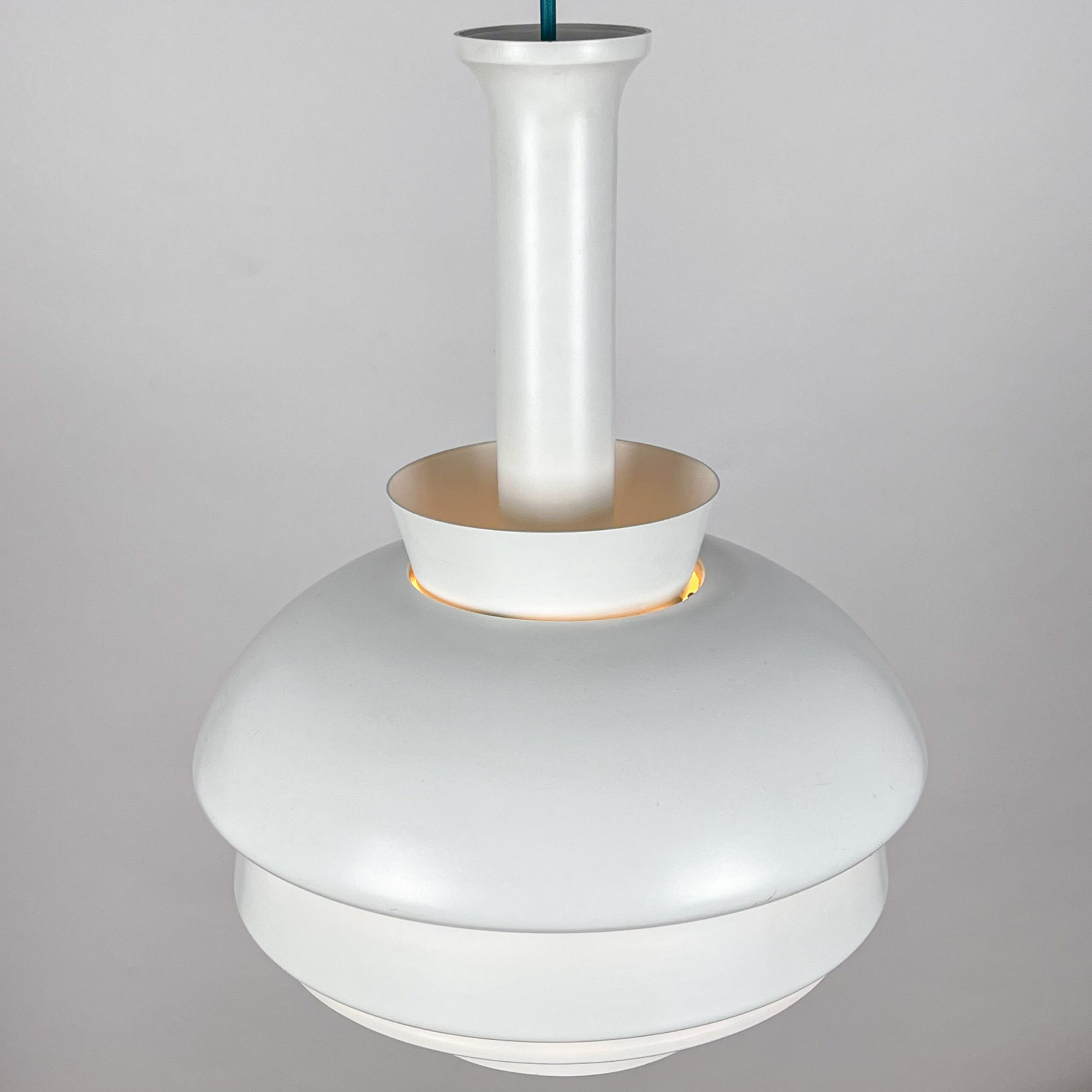 Alvar Aalto (Kuortane 1898 - Helsinki 1976) was a Finnish Modernist Architect and designer. Aalto was one of the first and also among the most influential modern architects in Scandinavia. Important works by Alvar Aalto are the Finlandia-hall in Helsinki, Säynätsalo's cityhall and the campus of the former Technical Univerity in Helsinki.

Designed by Alvar Aalto in 1954. This example was most likely made by Valaisinpaja in the mid 1970's. Valaisinpaja Oy was a light company, founded in 1967 and it mainly produced lamps for architectural and design projects, among them many of Alvar Aalto's works.

Made by Valaisinpaja, Finland in the mid 1970's.

This example is in good vintage condition. There are some light scratches on the surface but no dents or cracks. The original paper label has unfortunately fallen off.

We rewired the lamp for safety reasons. Fully functionable.