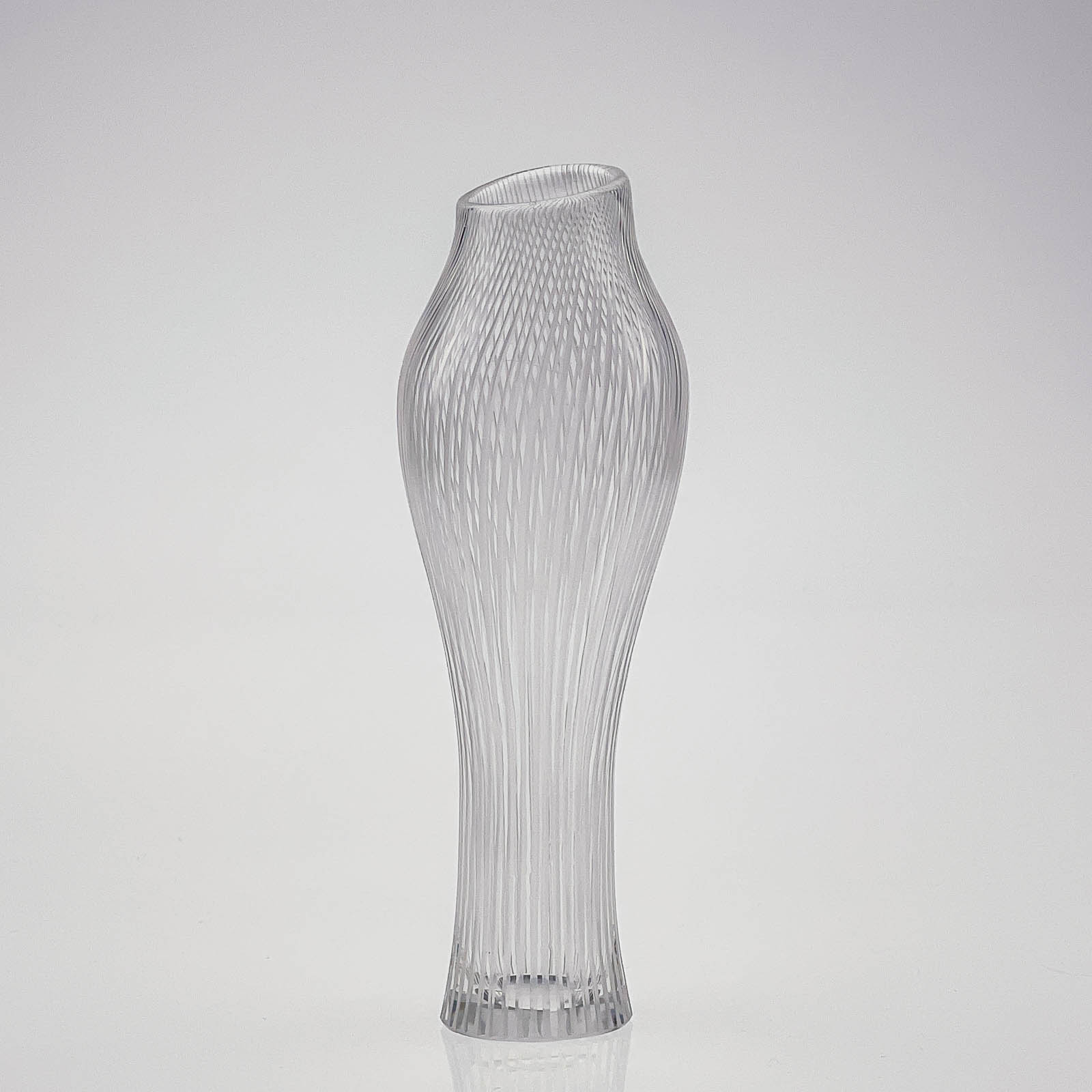 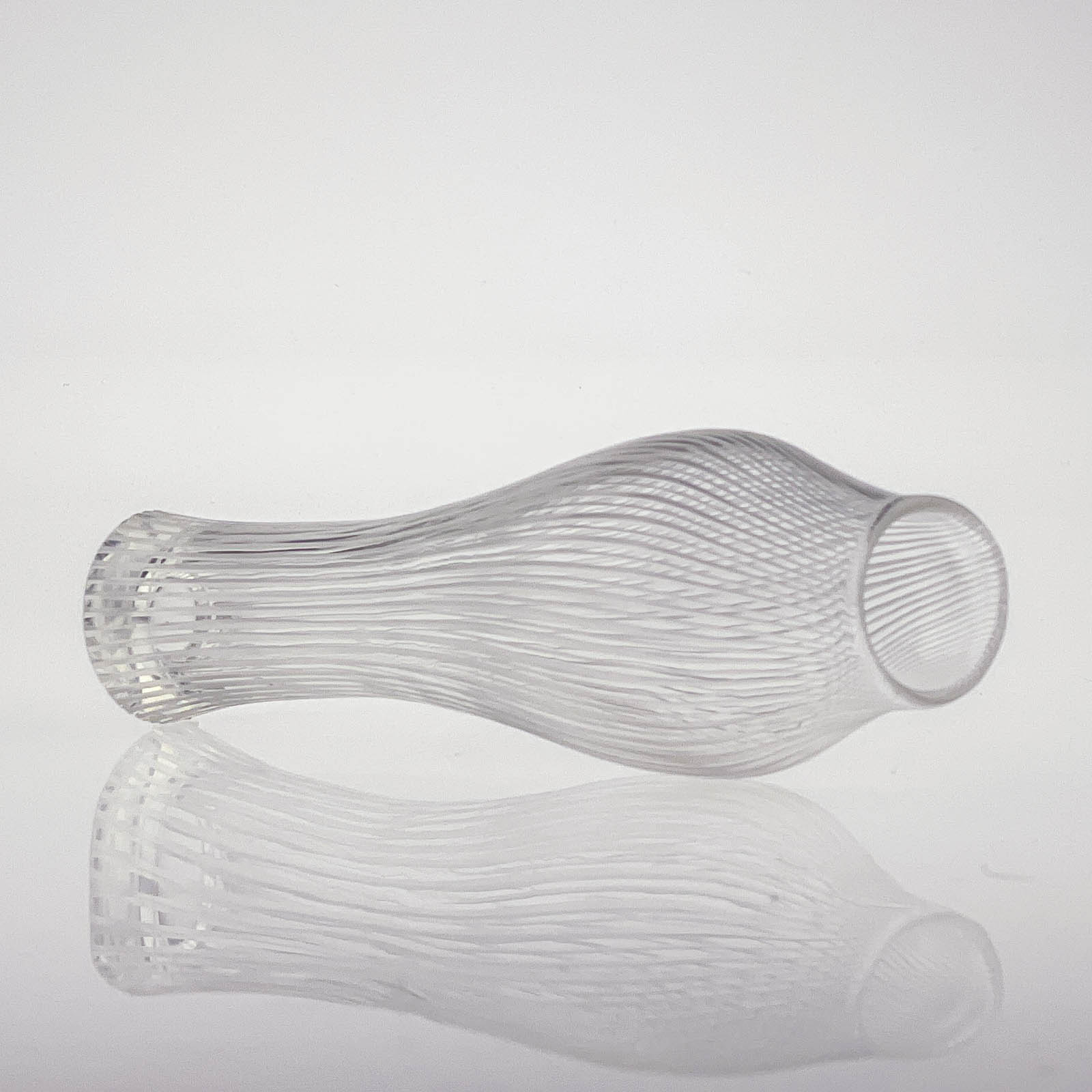 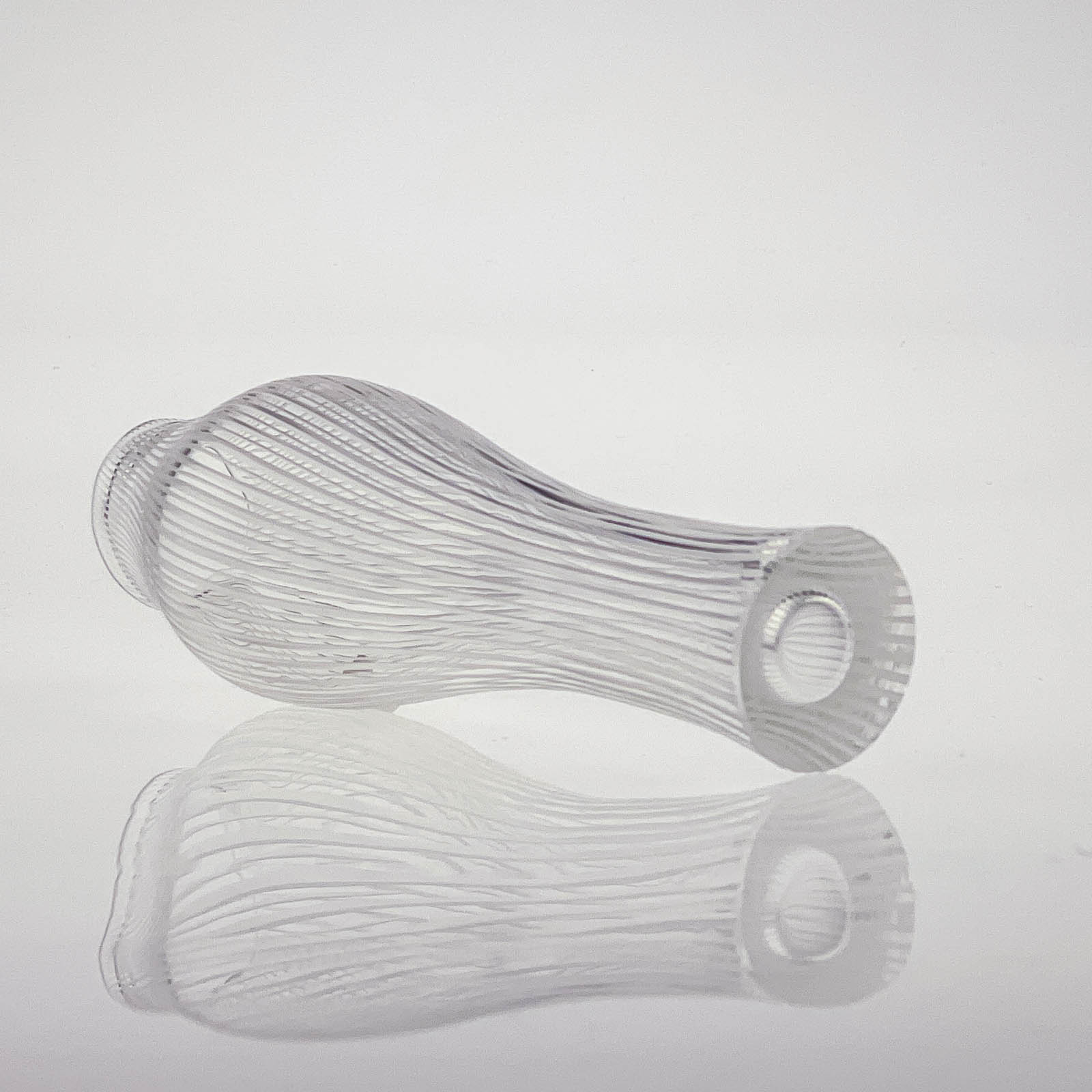 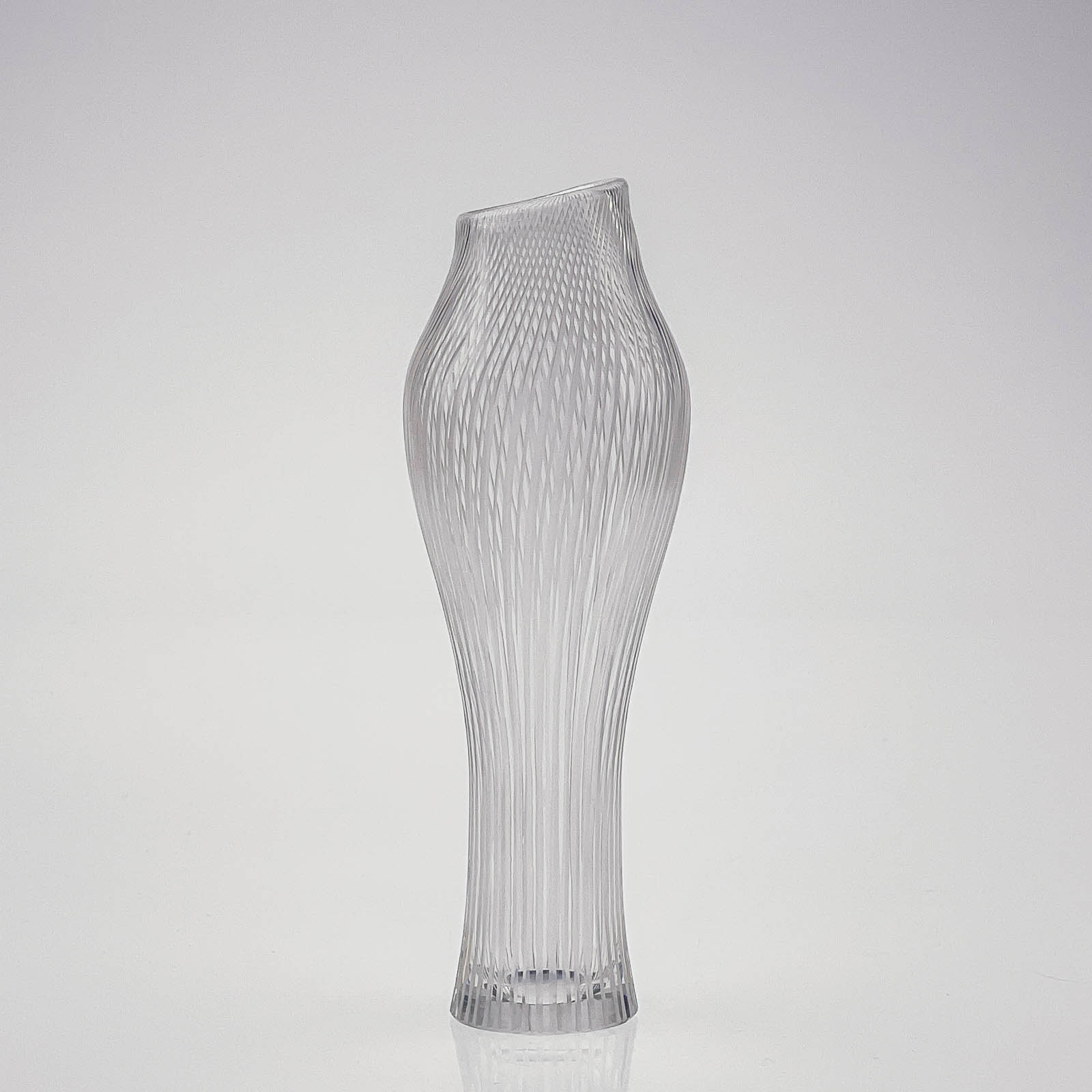 Tapio Wirkkala (1915 Hanko, Finland - 1985 Helsinki, Finland) A giant of Finnish design, Tapio Wirkkala was an artist of great diversity for whom no material was alien and who left no area of design unexplored. Foal's Foot

Foal's Foot (Varsanjanka). A turned mold-blown crystal Art-object with vertical cut lines. This Art-object is model 3215 in the oeuvre of Tapio Wirkkala. It was designed in 1947 and handmade by the craftsmen at the Iittala glassworks in Finland circa 1955.

Like so many designes by Wirkkala, the natural world gave him the inspiration. It is litterally shaped after the foot of a Foal or "Varsanjanka" in Finnish. It was presented in the 1951 Milan Triennale and is among the celebrated early works for Iittala.

These art-objects were made between 1947 and 1959 in a three sizes. This being a medium sized example. It is signed in diamondpen underneath the base. 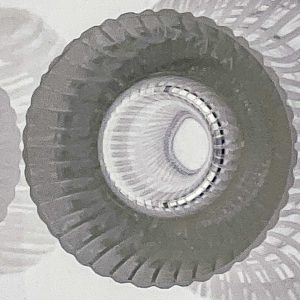