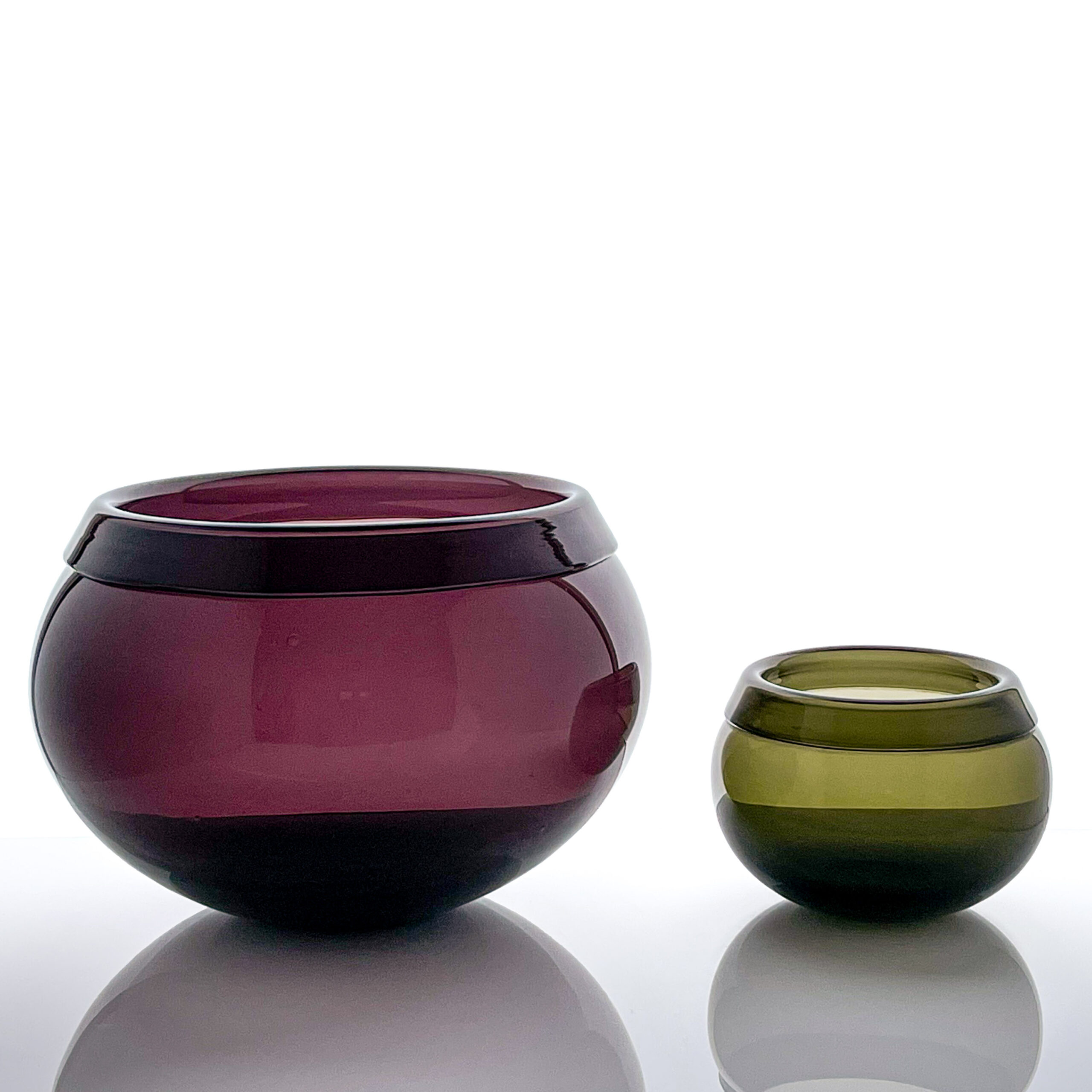 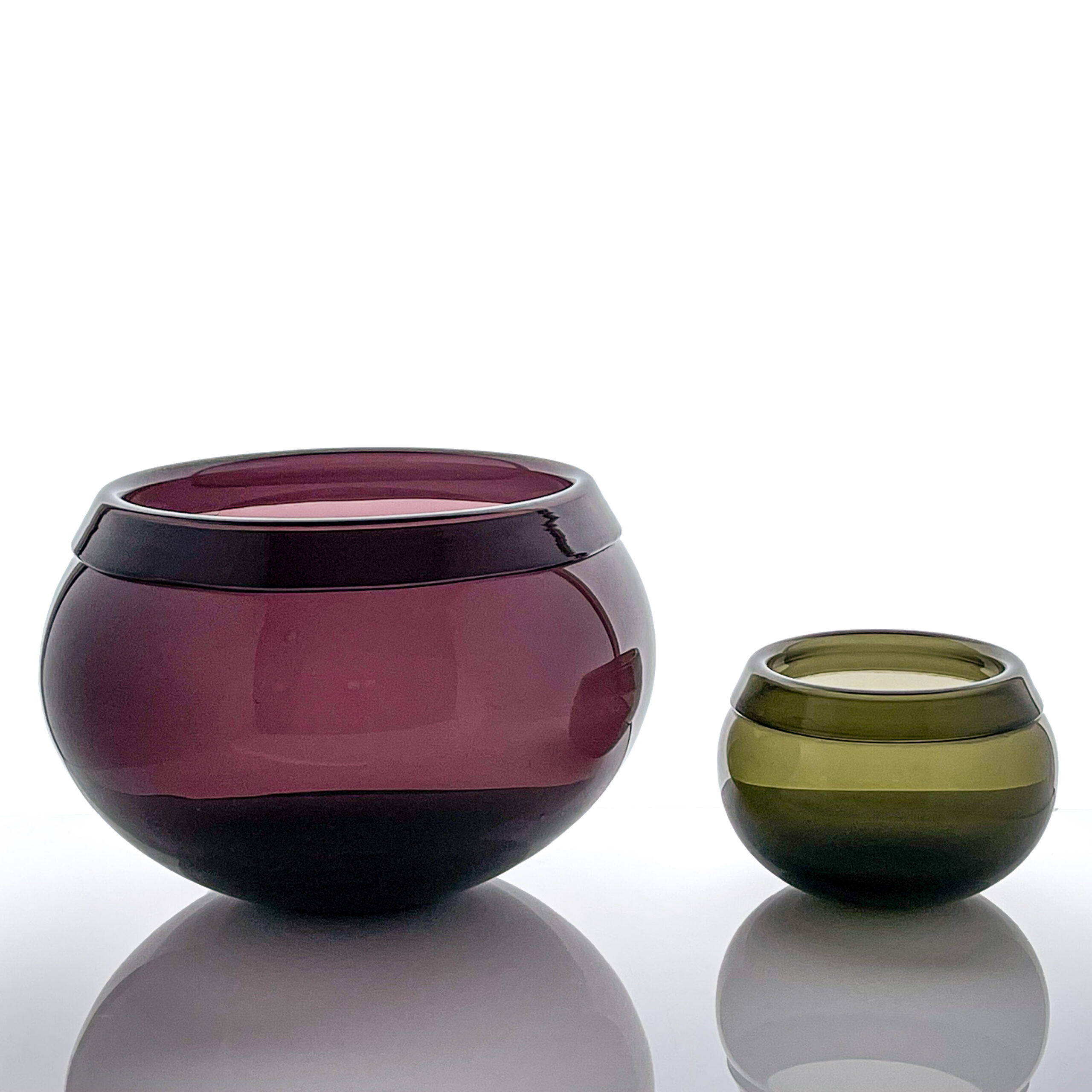 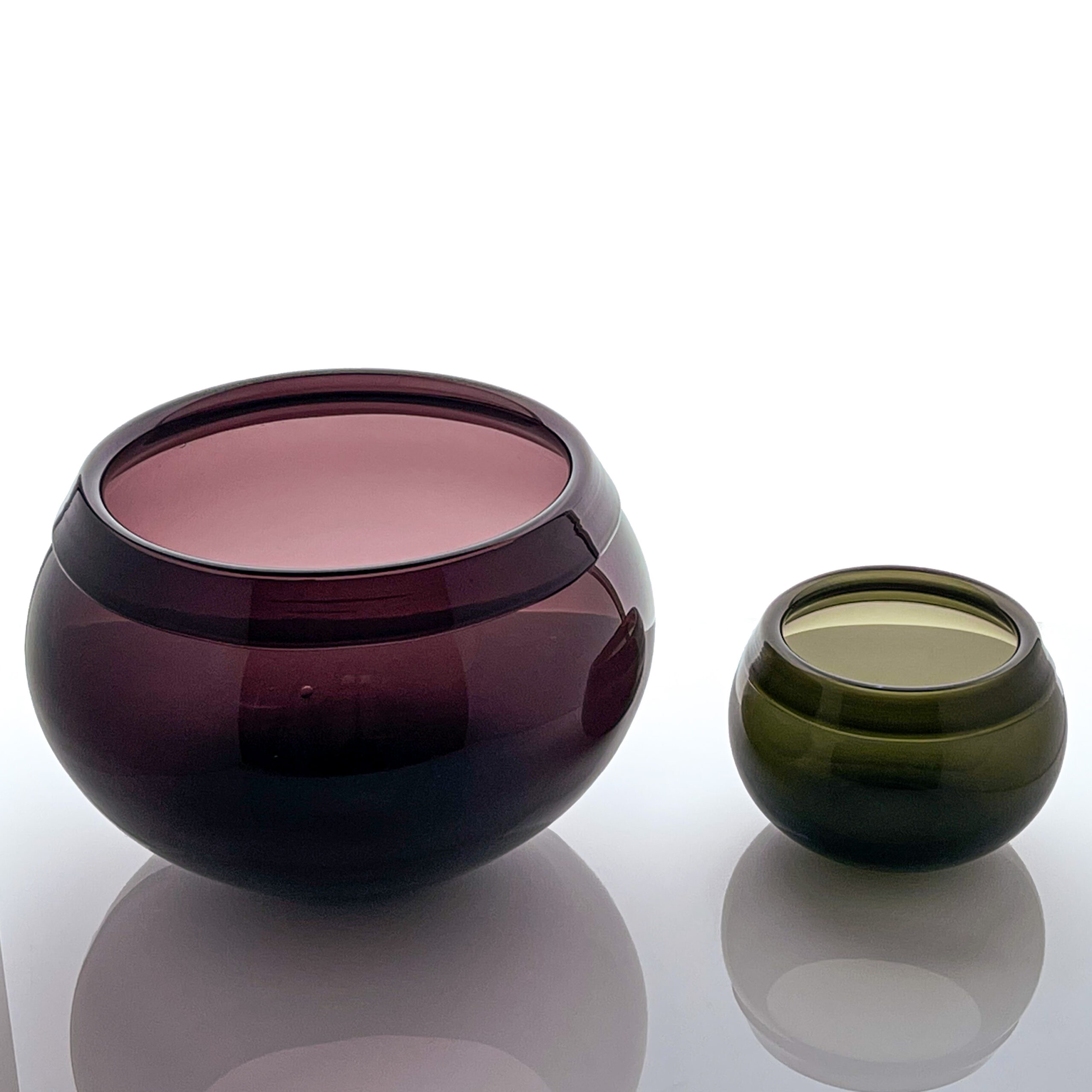 Two turned-mould blown, flared and rim folded colored glass "Pantareuna" bowls, model i-302. Designed by famous Finnish artist Timo Sarpaneva in 1956 and executed by Iittala glassworks between 1956 and 1960. "Pantareuna" referes to the folded rim these series by Sarpaneva have in common.

These bowls are part of the i-series for which Sarpaneva was awarded the "Grand Prix" in the 1957 Milan Triennale and were made in two sizes and three colors (purple, green and blue). The green color items were only produced during the first year of production and are therefore rare.

These glassobjects are in good condition, some minor scratches mostly underneath the bases consistent with age and use. No Cracks or chips.

Marked in diamondpen underneath the base: