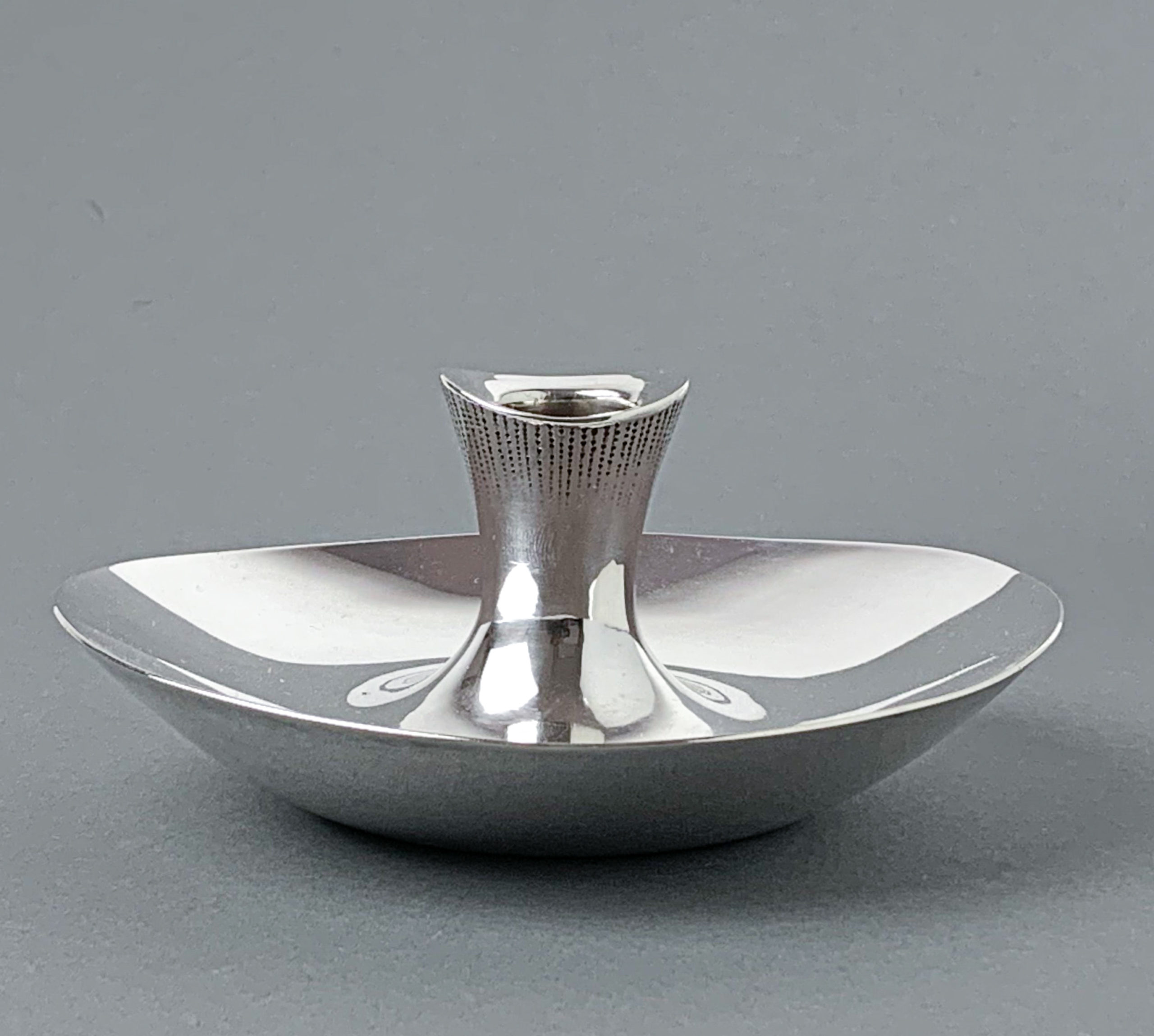 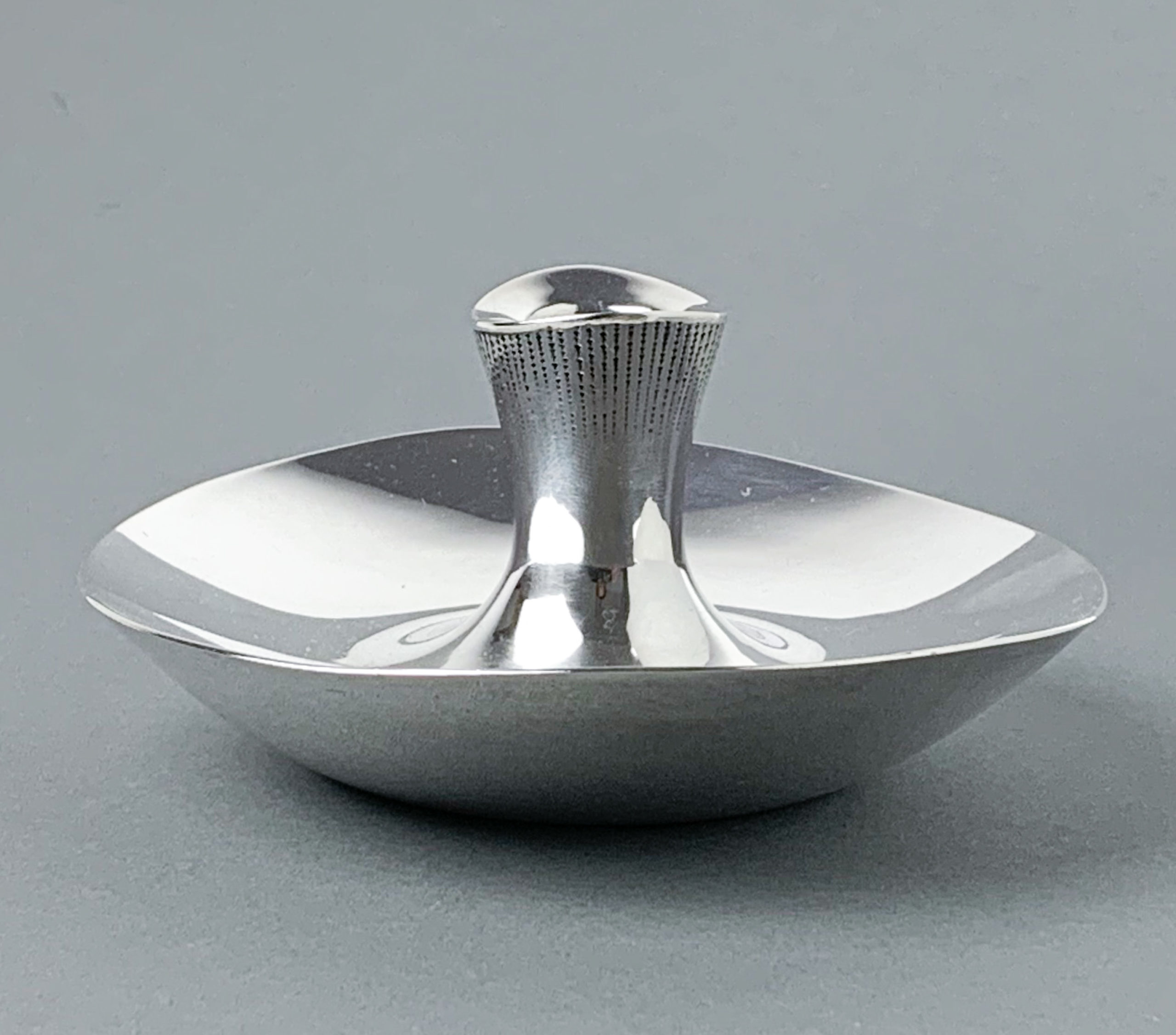 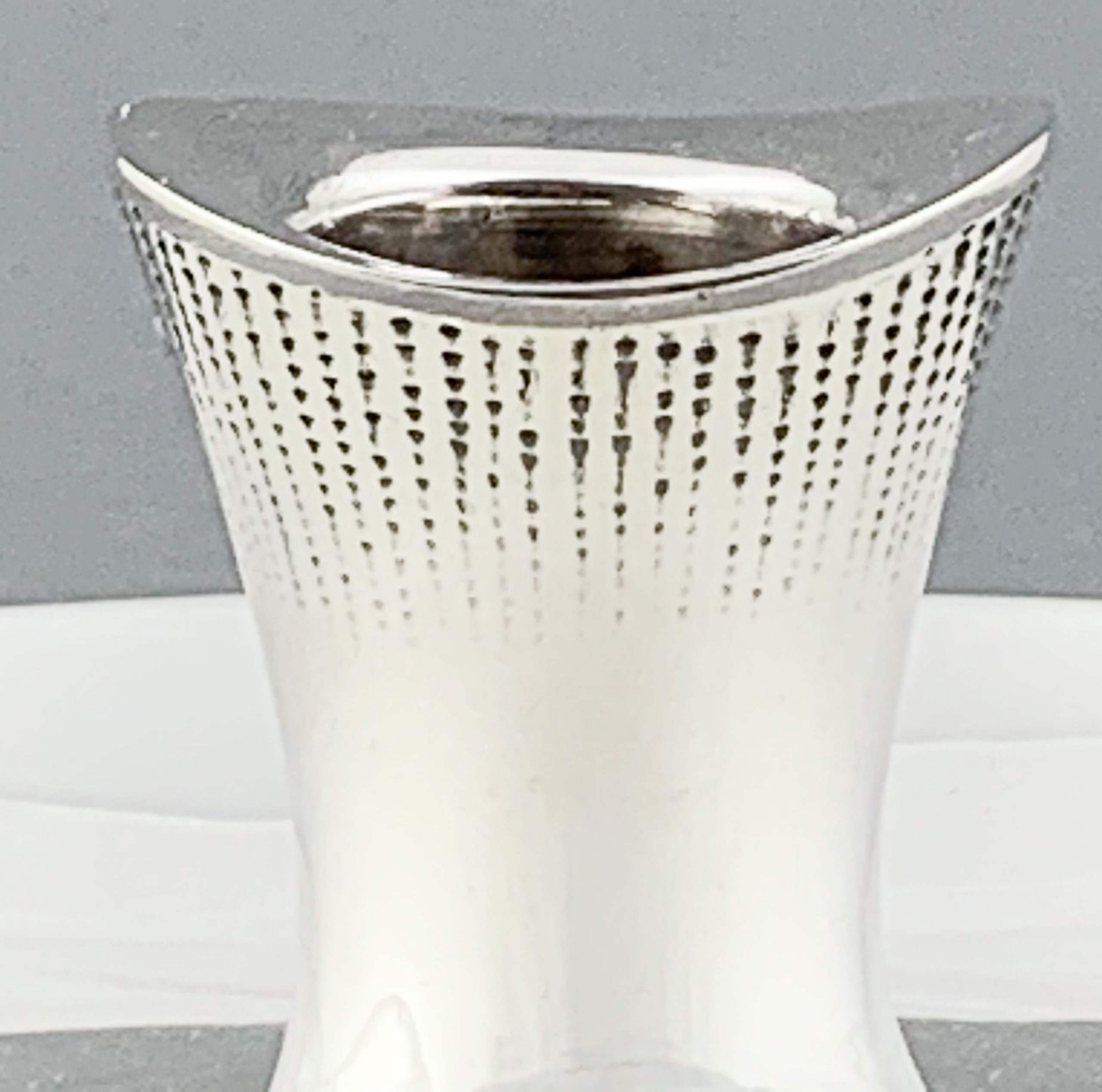 Silver - partly engraved - candlestick, executed by Hopeatehdas Oy in 1959. Silver fineness is 813H  (813/1000). The candlestick is boat-shaped, rising in the middle in a candle holder. Along the boat-shaped edge the candle-holder is engraved with a vertical decoration of in size ascending dots.

The candlestick is in good condition. No dents or malformations, some scratches on the base. Minor wear consistent with age and use.

Marianne Aav, TAPIO WIRKKALA eye, hand and thought: p. 165: interestingly to mention is that is one of the very few pieces of Wirkkala design that are mentioned in this Catalogue Raissonee but not illustrated in it. The documentations for the designs Wirkkala made for Hopeatehdas were lost. 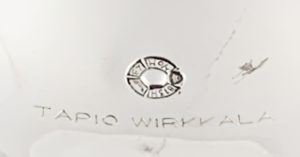