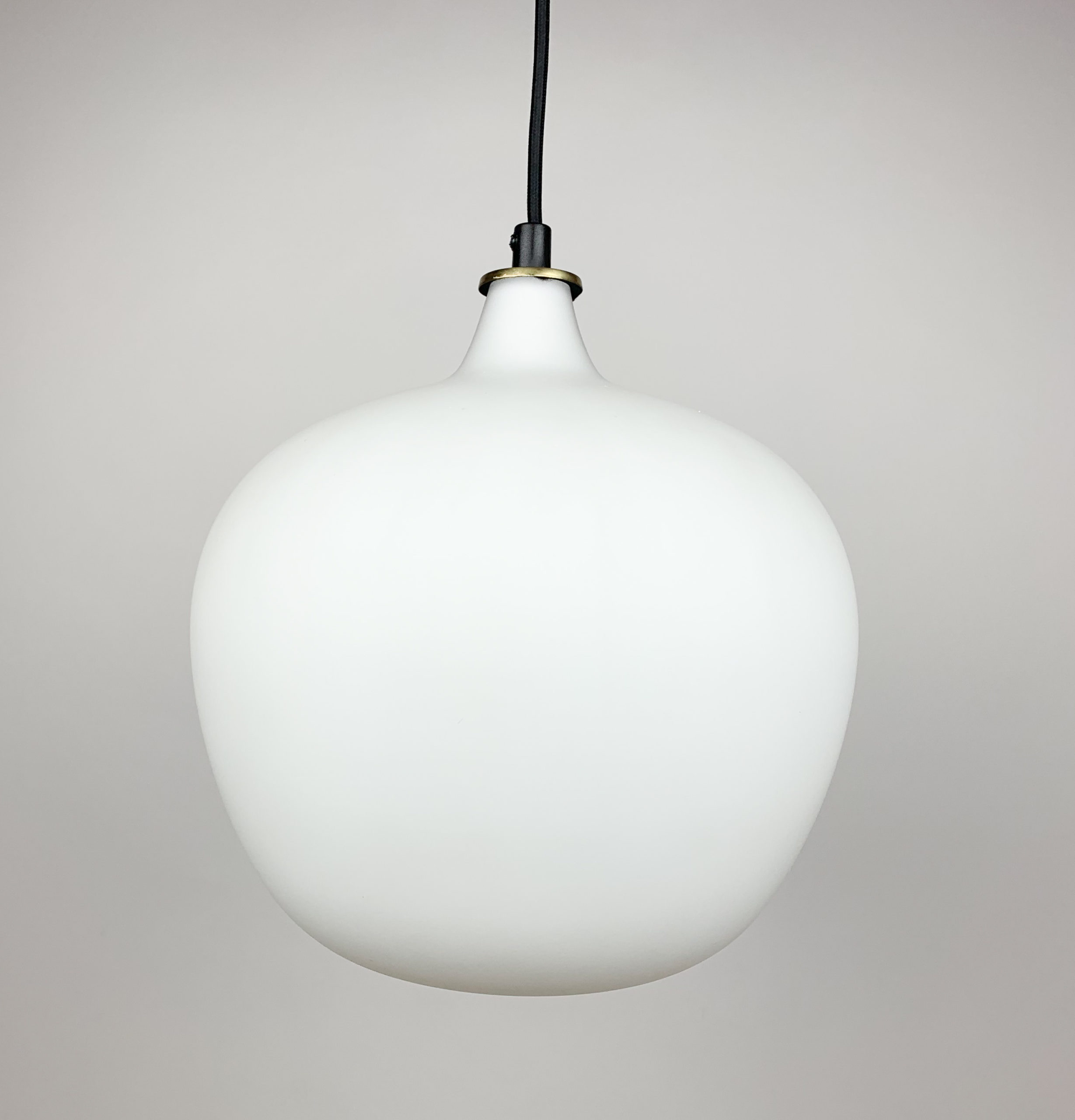 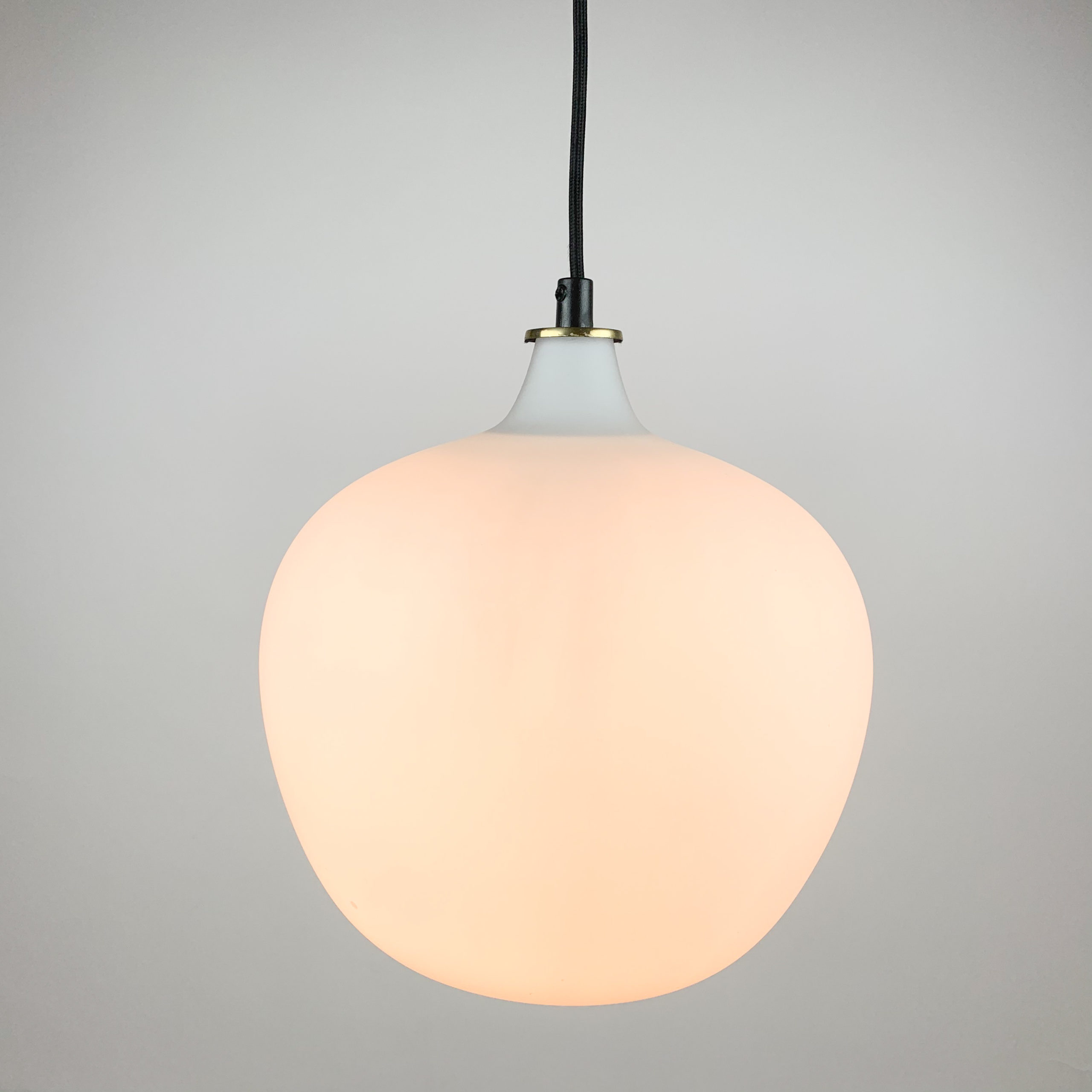 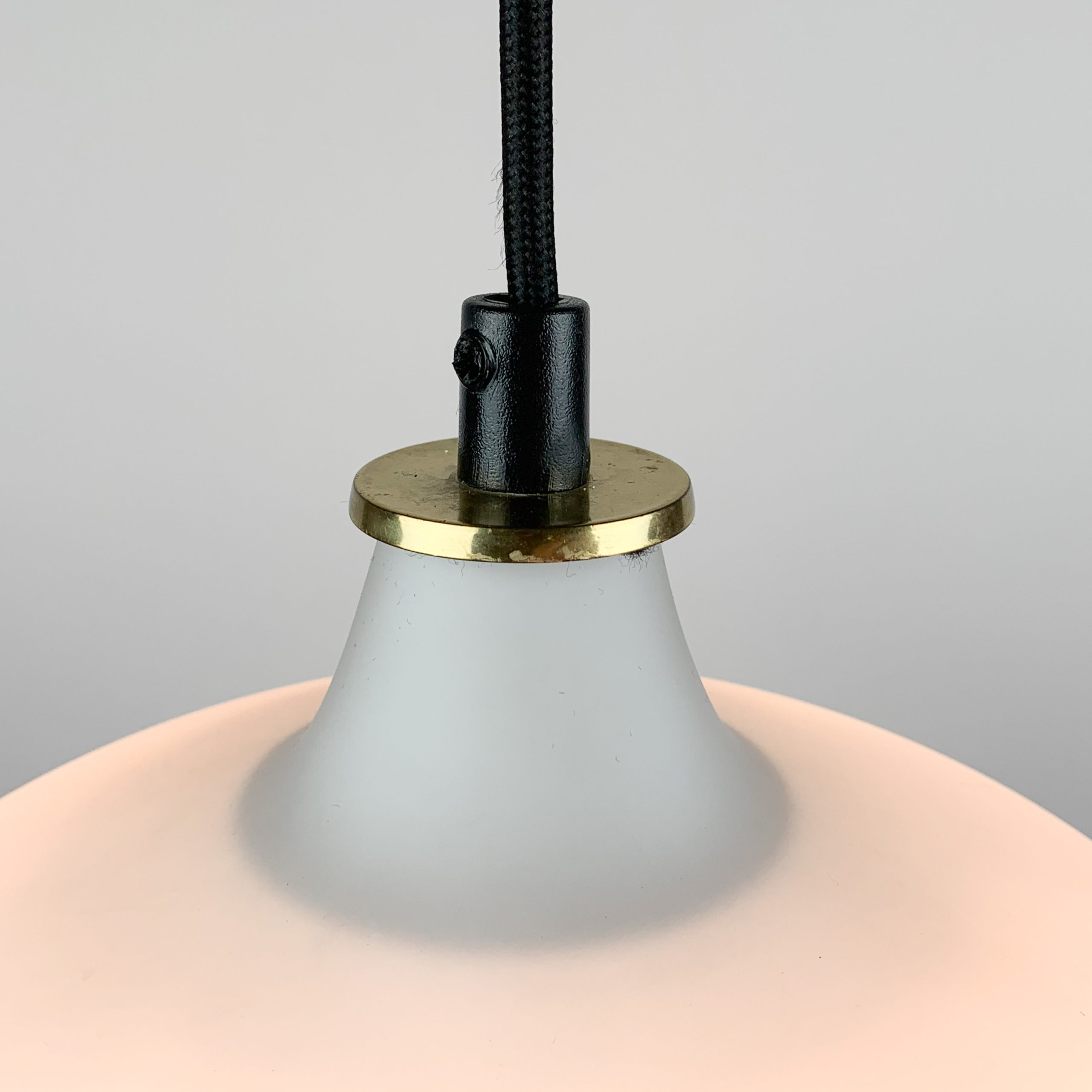 Pendant / hanging lamp, model 51129. Designed by Tapio Wirkkala in 1958 and executed by Idman in collaboration with Iittala.

The pendant is in good vintage condition. No chips or cracks in the shade. Some scratches on the brass ring.

The glass shade shows some discoloration op the opaline layer in the form of stripes, most likely by collecting dirt over the years.

We replaced the wiring and the bulb-socket, for safety reasons. The original wire was damaged and the original socket was riveted to the wire. If so desirable we can supply these parts.