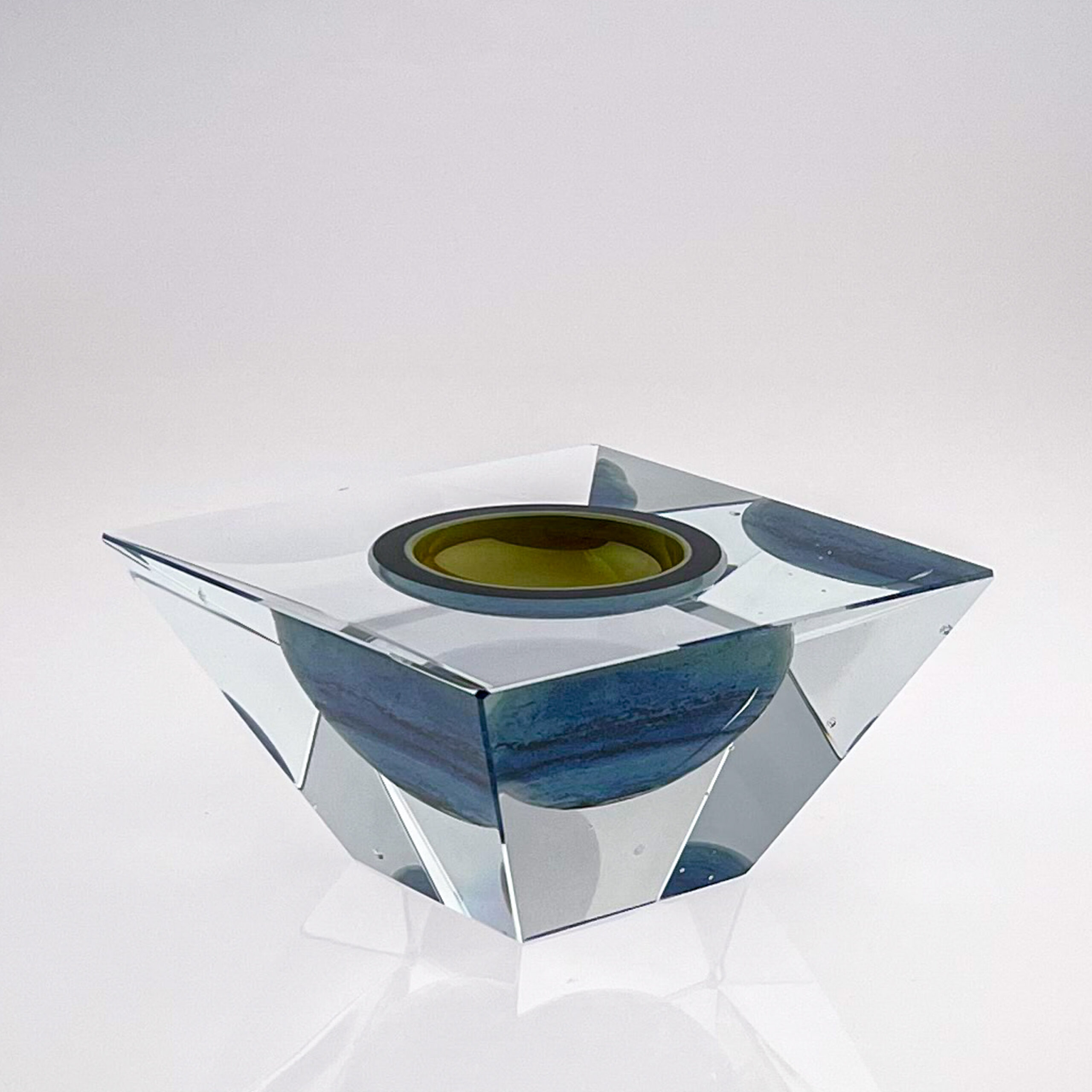 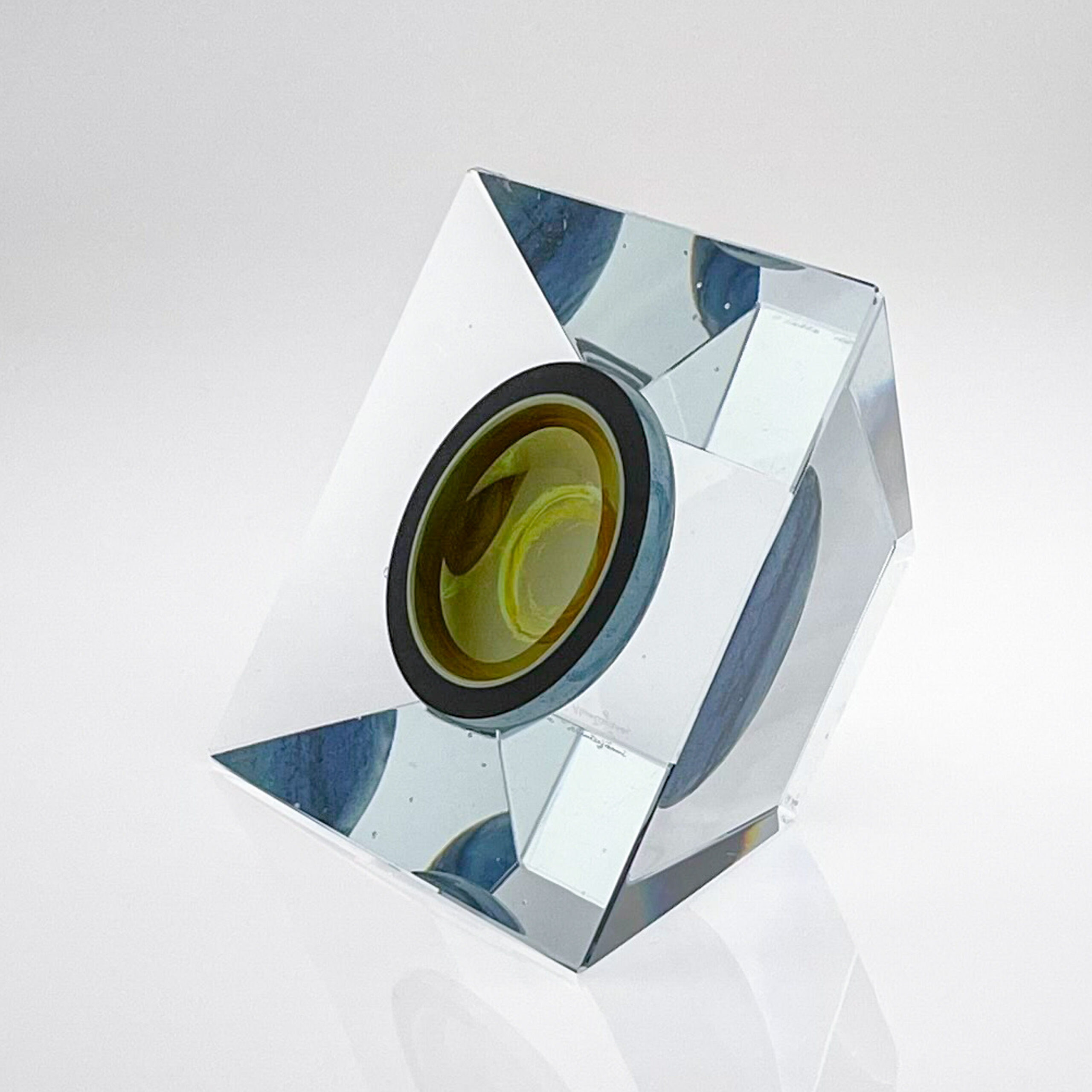 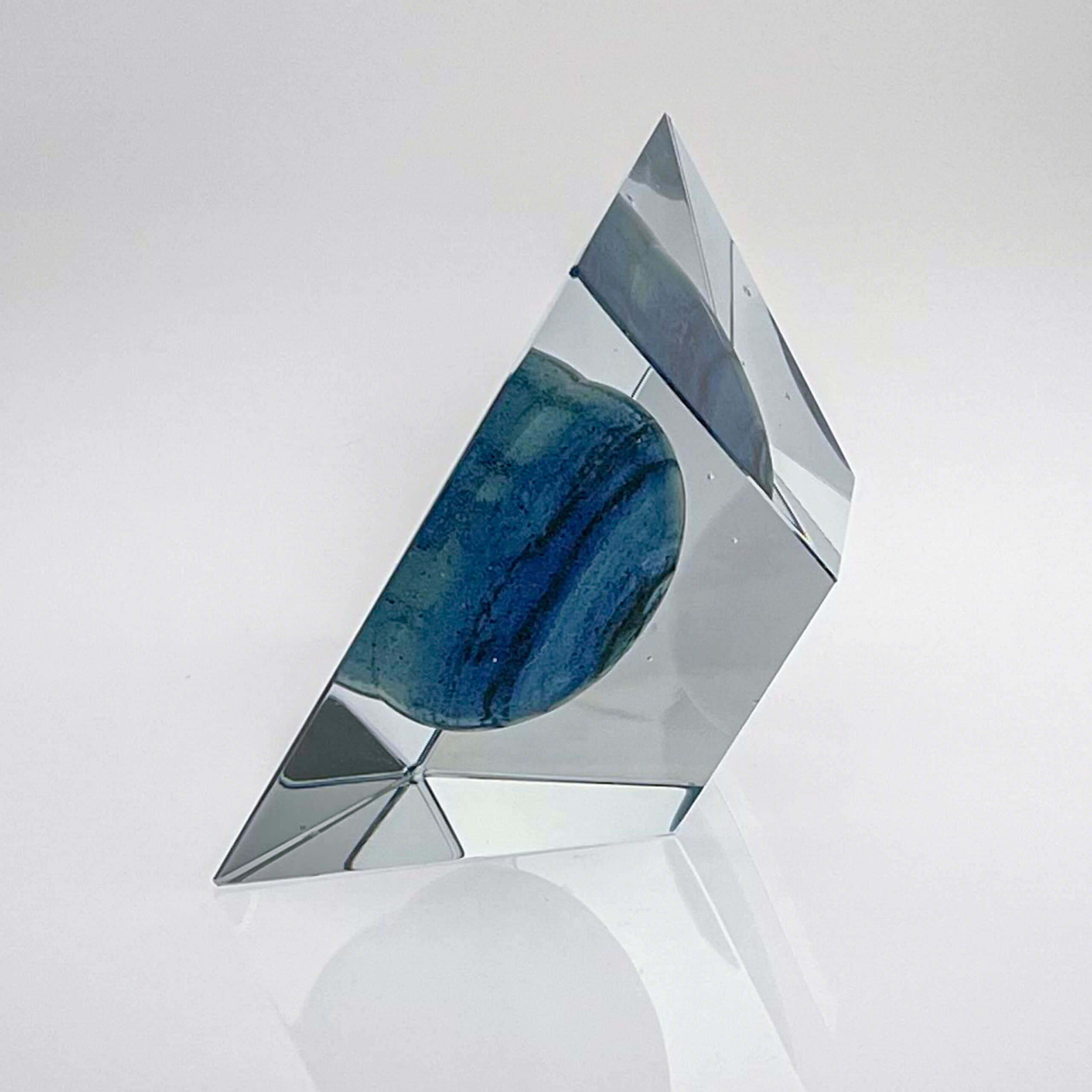 Educated in ceramics at the University of Art and Design Helsinki, he took up glass design later in life and is probably best known for his large collection (more than 400 designs) of mouthblown glass birds, he designed from 1972 until his death is 2019.

A mould blown, cased glass, cut off art-object, model 3101. Designed by Oiva Toikka in 1990 and handmade by the craftsmen of the Nuutajärvi-Notsjö glassworks in Finland.

The bowl is made in the shape of a reversed truncated pyramid of polished and cut crystal. Encased in the centre is a two-cloured bowl, blue on the outside and yellow on the inside. These objects were handmade and only produced between 1990 and 1992. 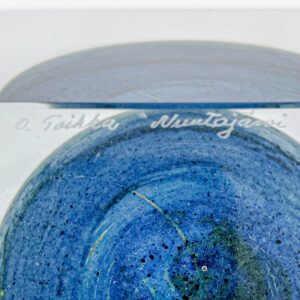