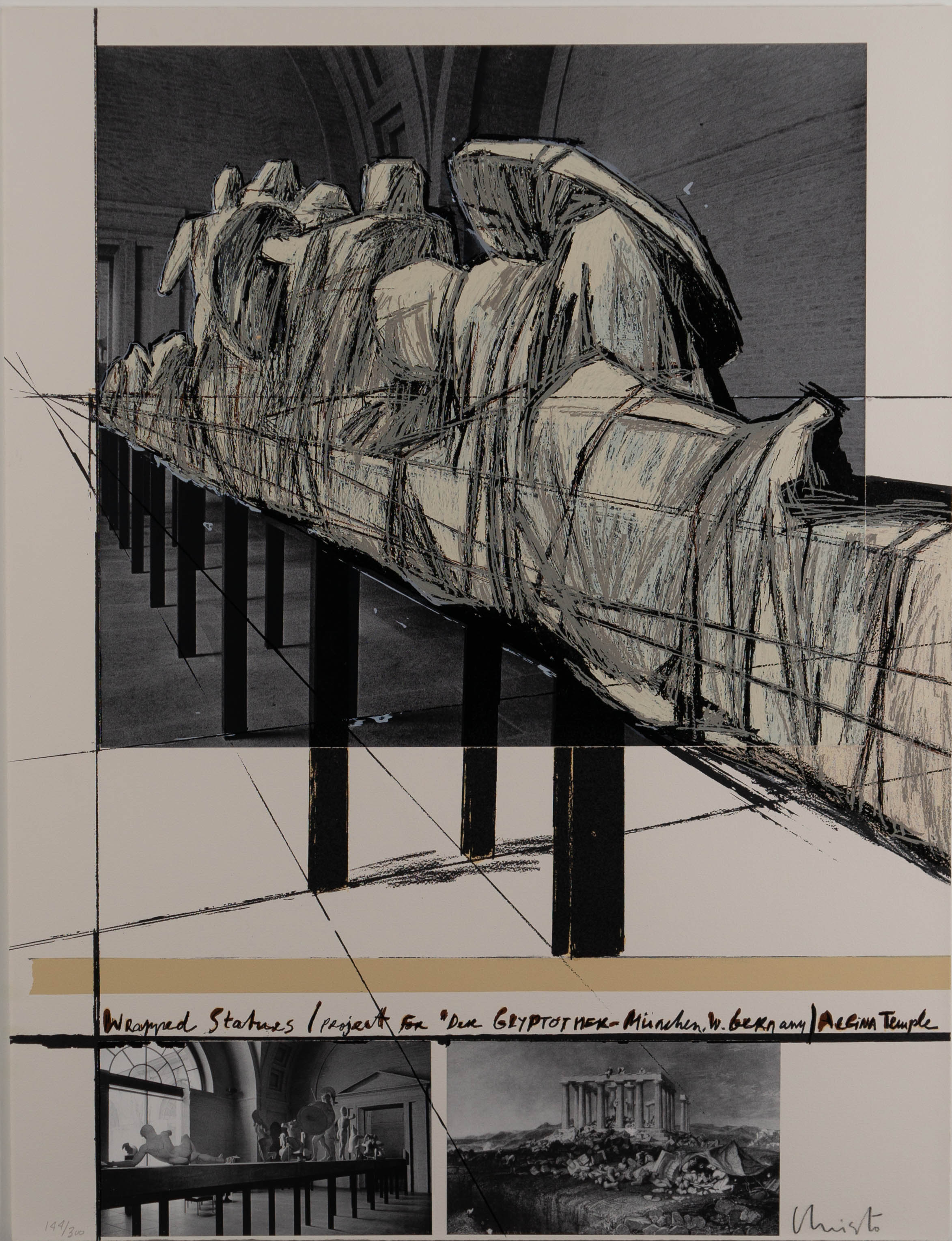 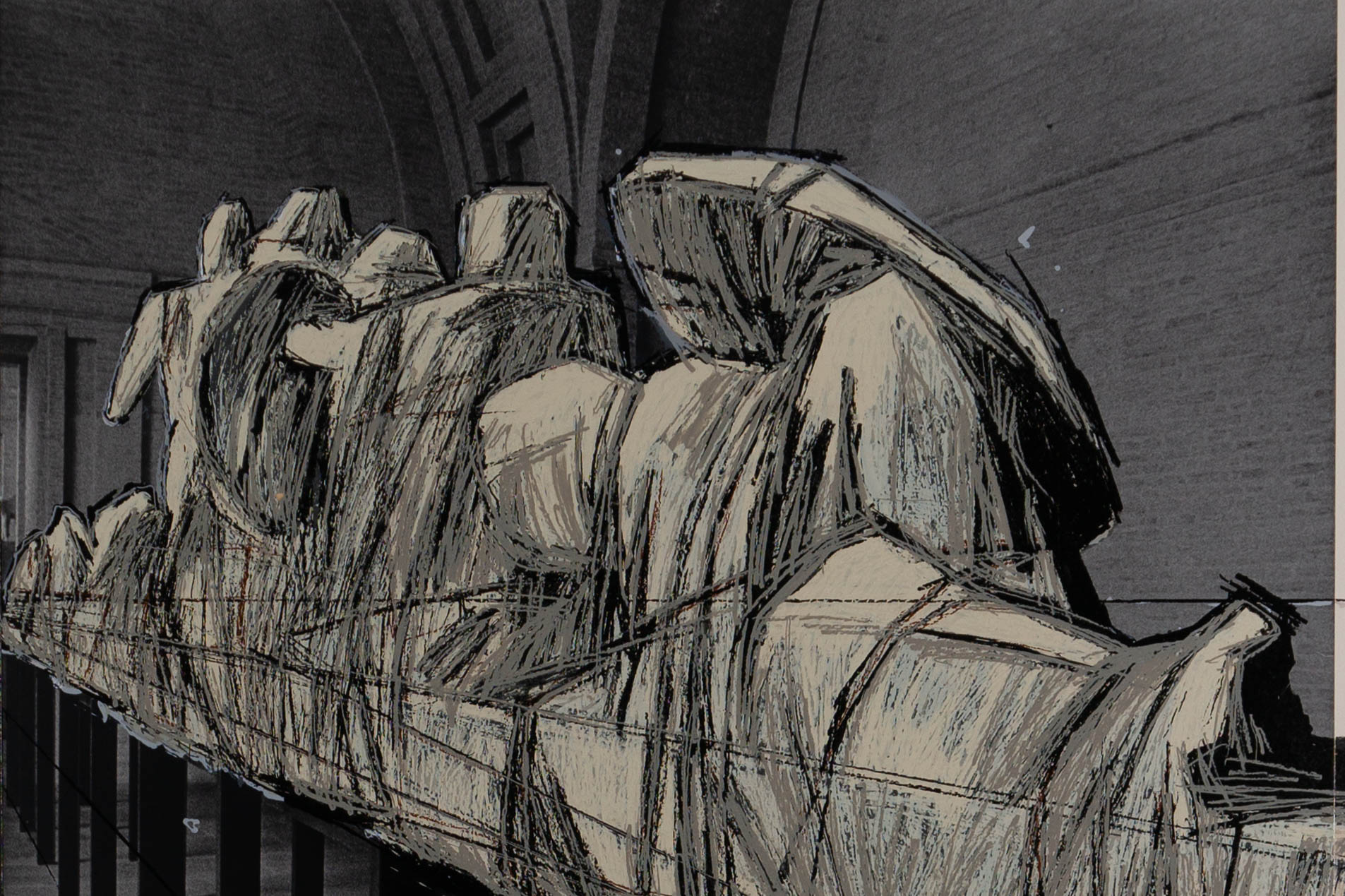 Christo Vladimirov Javacheff (1935 Gabrovo, Bulgaria - ) is an American artist who together with his late wife Jeanne-Claude (1935 Casablanca – 2009 New York City) gained worldwide recognition as creators of environmental works of art. Among the most recognized artworks are their wrapping of the Reichstag in Berlin (1995), the Pont Neuf in Paris (1984) and The Gates in New York’s Central Park (2005).

“Wrapped Statues Aegina Temple”, 1988. Signed Christo, 144/300. Silkscreen and photo-collage. Sheet size 90×69 cm . Framed - museumglas. This artwork is an silkscreen  / collage of the proposed – not yet executed – wrapping of the Figures of the Aphai temple on the island of Aegina (Greece) exhibited in the Glyptothek Munich Museum. The entire proposed project consist of the wrapping of all the Classical sculptures in the Glyptothek. Two more silkscreens are made by Christo and Jeanne-Claude of this subject: Wrapped Statues, Sleeping Fawn, Project for the Glyptothek, Munich, 2001 and Wrapped Roman Sculptures, Project for Die Glyptothek, München,1991.