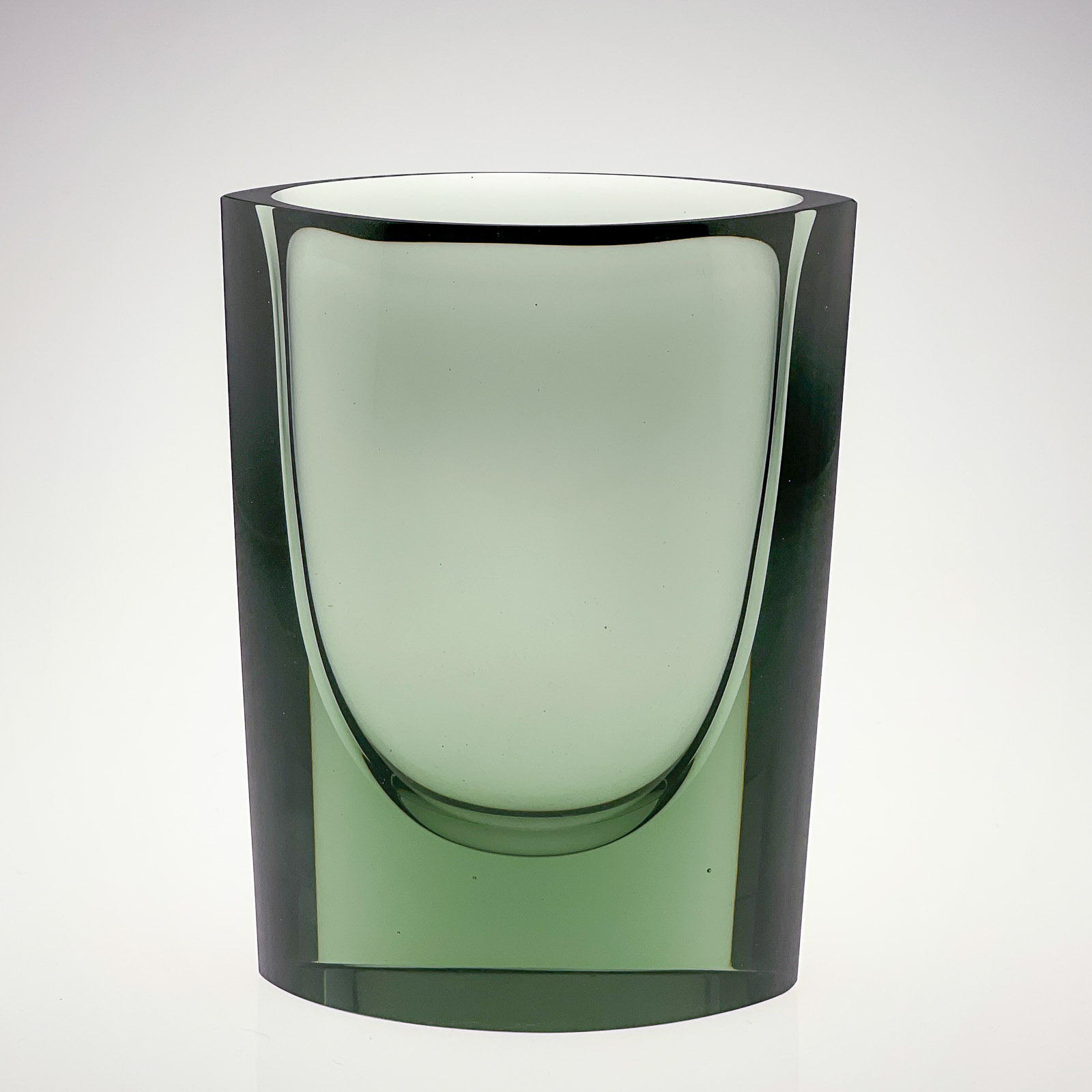 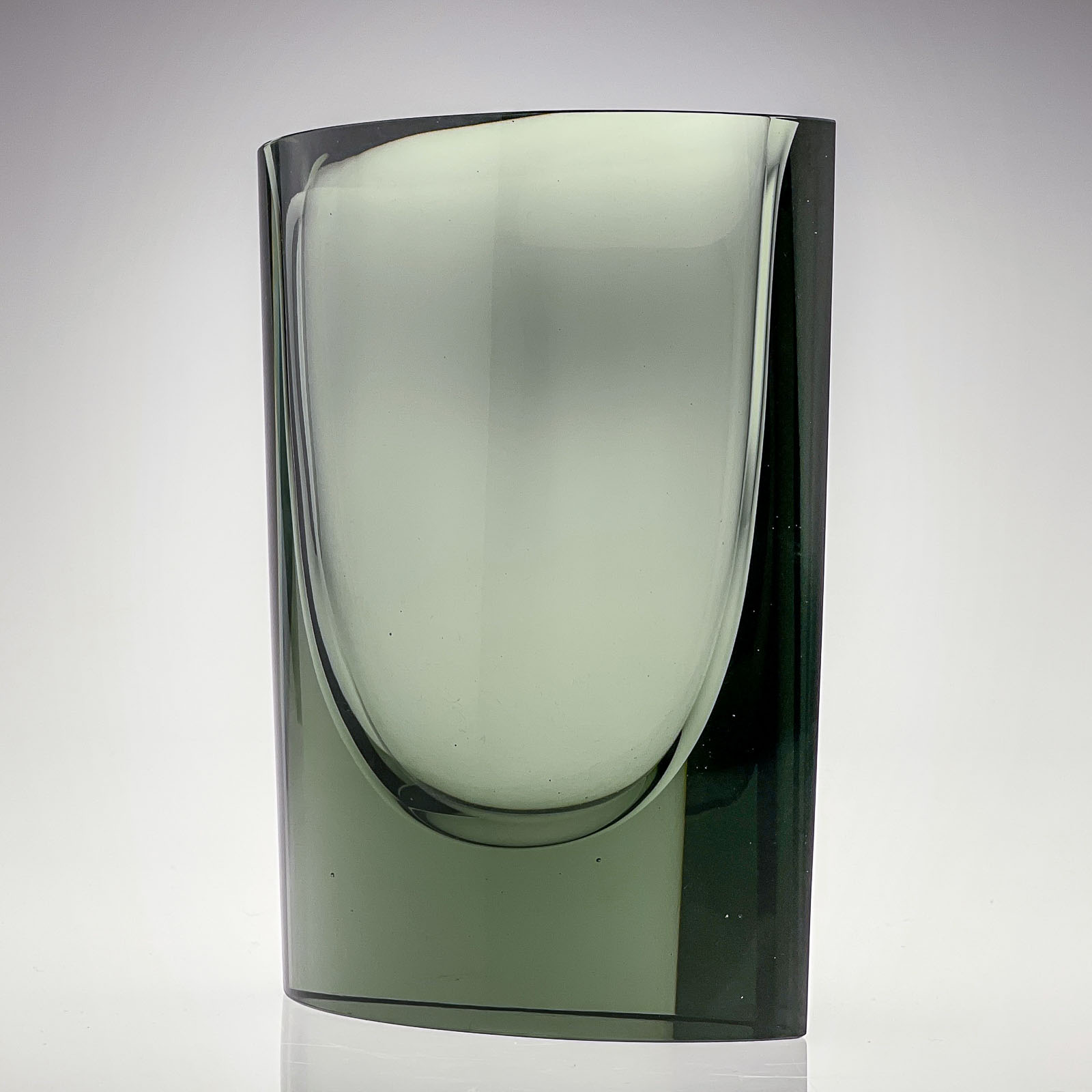 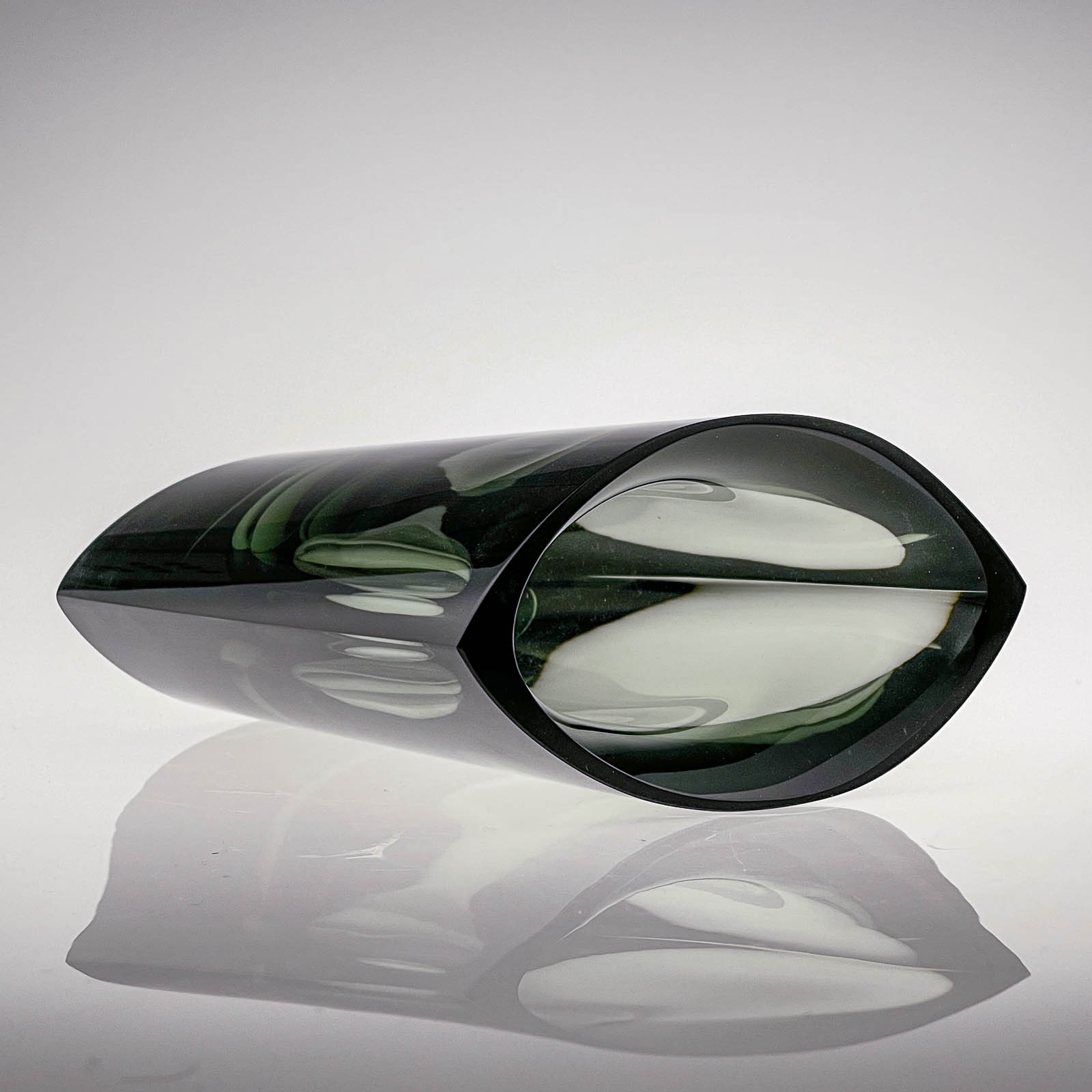 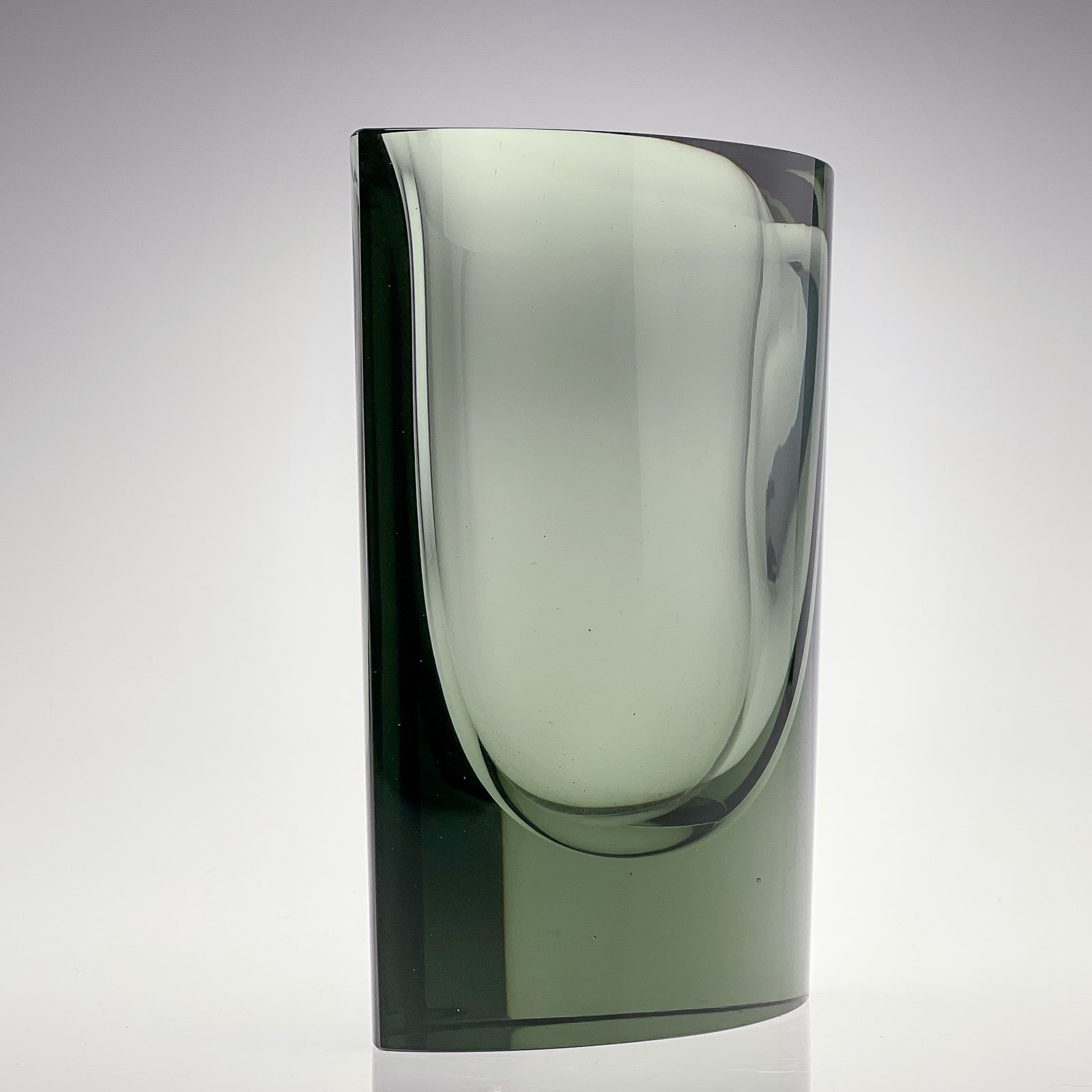 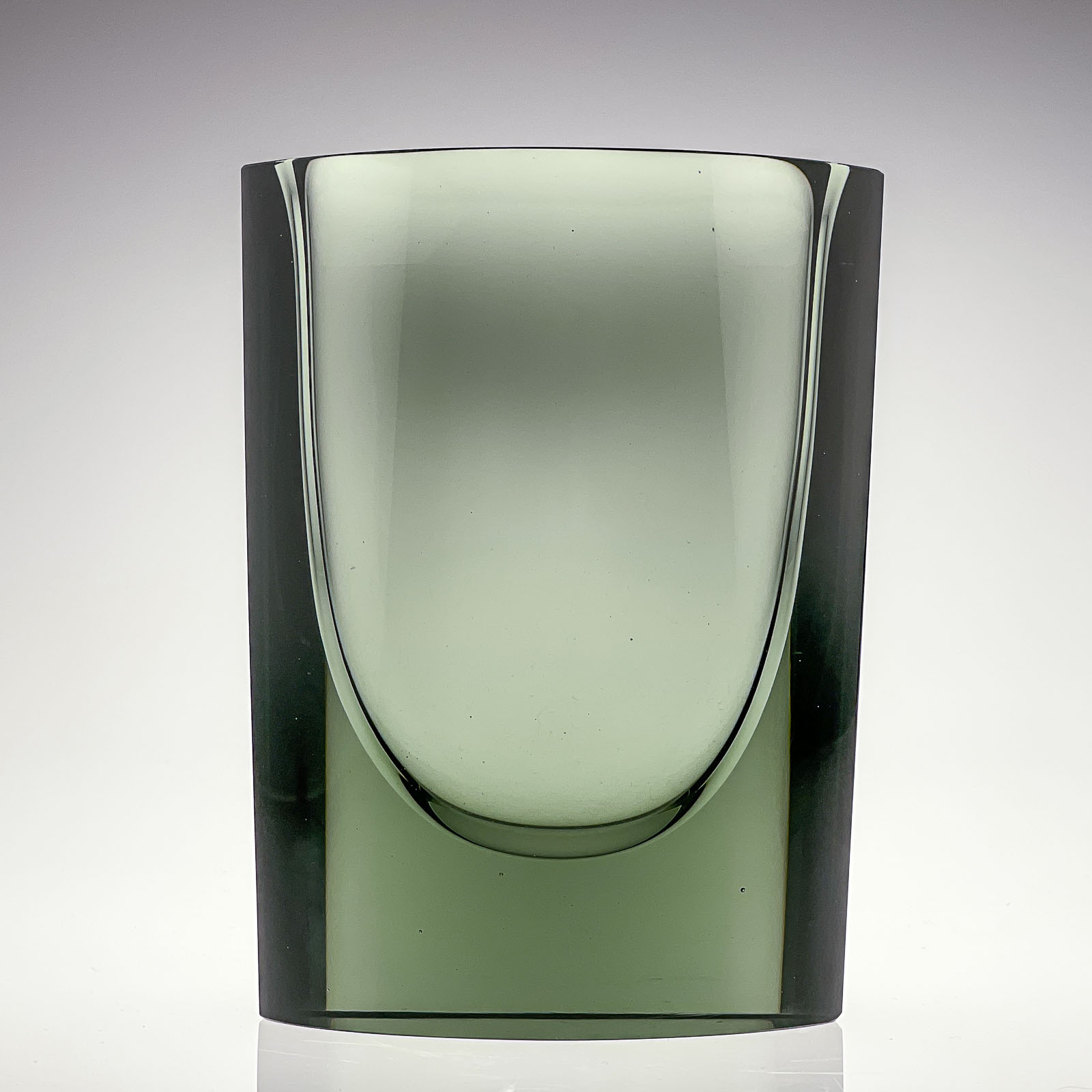 Kaj Franck (Vyborg, Finland 1911 – Santorini, Greece 1989) was an influential Finnish designer and leading figure in Finnish art-world between 1940-1980. Today his name is used for the prestigious “The Kaj Franck Design Prize” annually awarded by the Finnish Design Forum. N407

A fixed mould-blown, cut and polished green glass Art-object, model N407, designed by Kaj Franck in 1967 and executed by the Nuutajärvi-Notsjö glassworks in that same year.

These art-objects were only made in 1967 in one size and are therefore quite rare. In the Catalogue Raissonee by the Finnish design Museum mention is made only of specimens made in purple glass. This green example, made in typical Nuutajärvi-Notsjö green - with a touch of grey - we have not seen before. 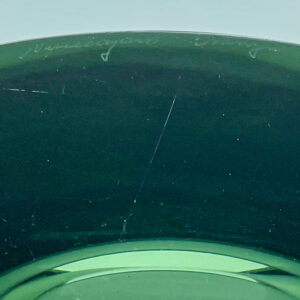