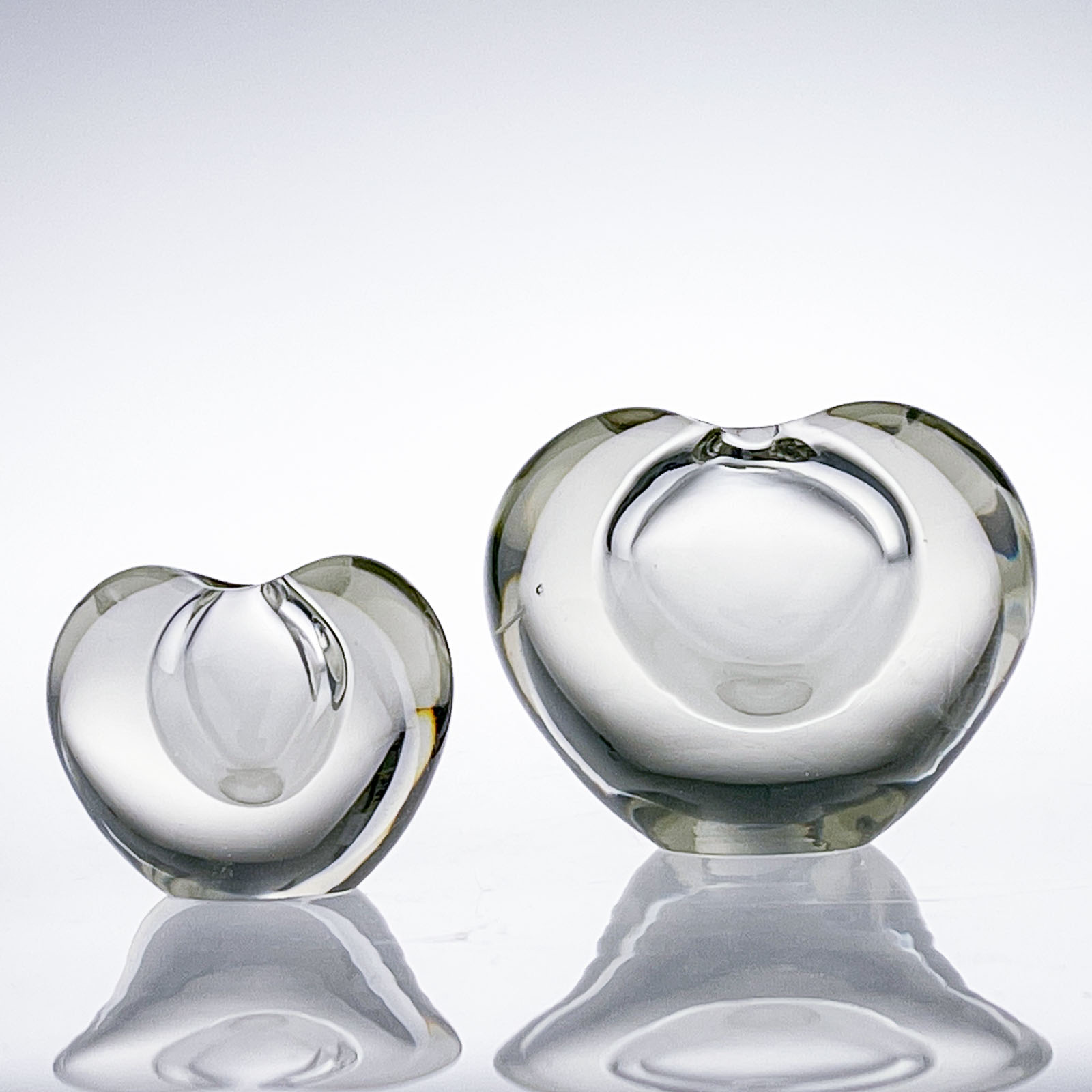 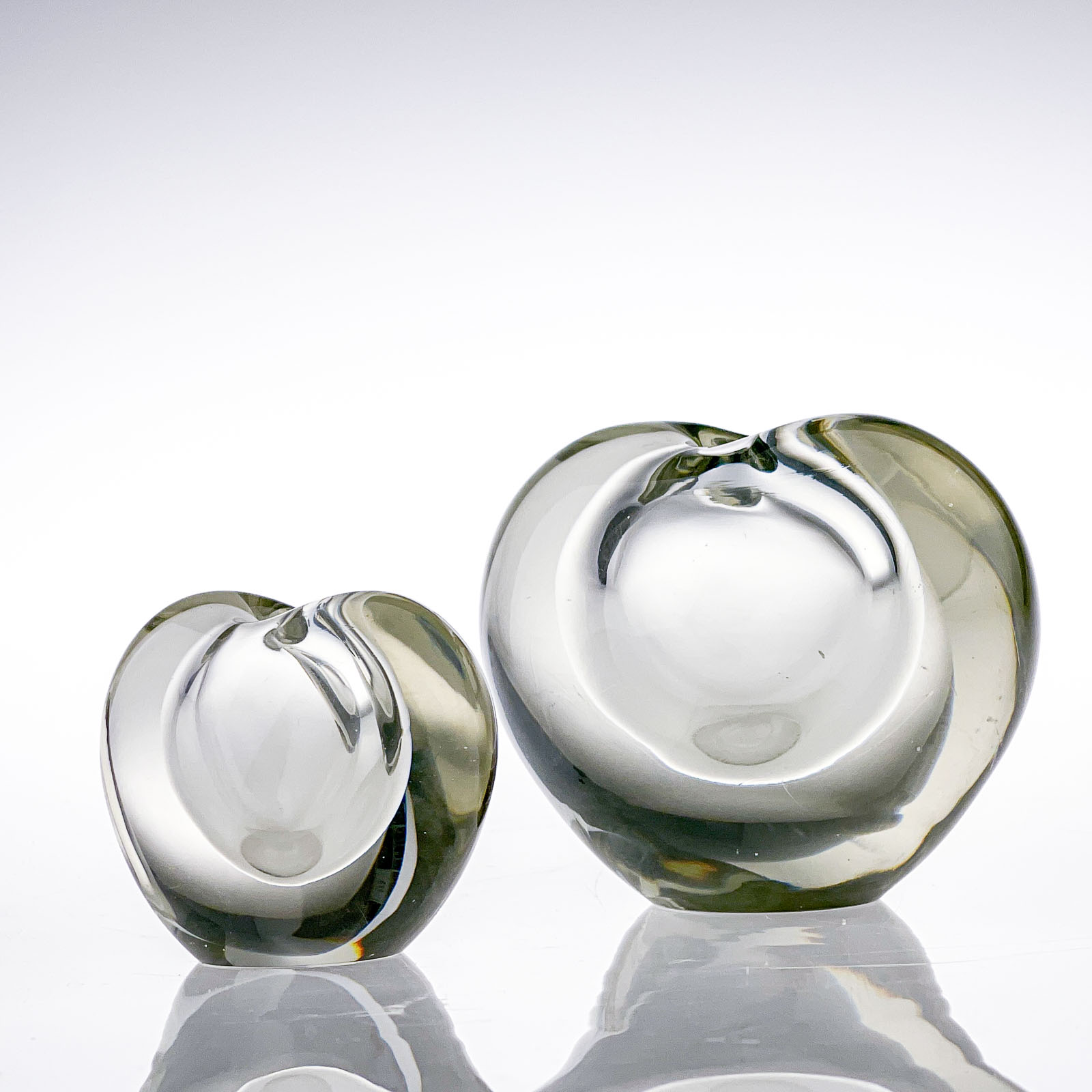 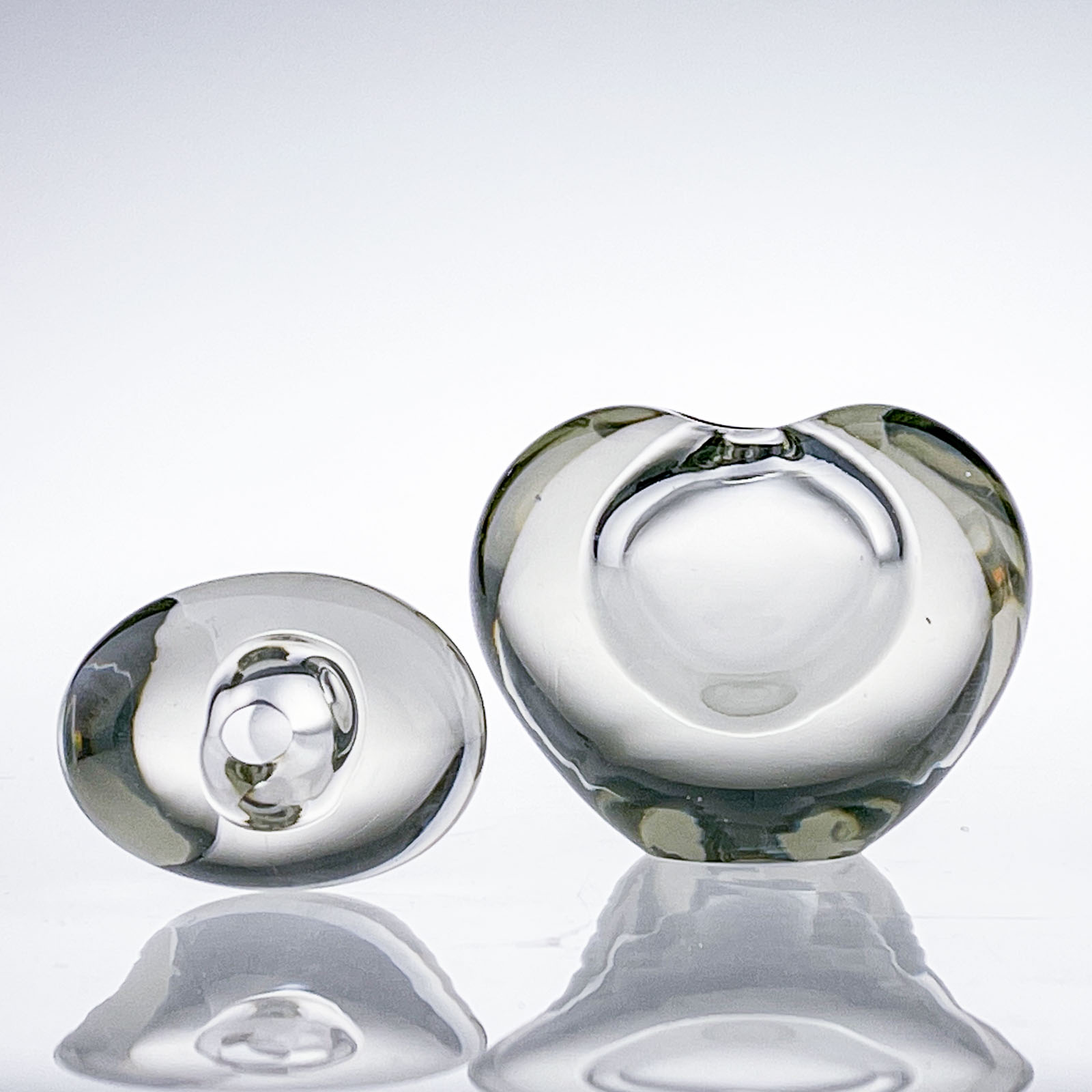 Designed by famous Finnish artist Timo Sarpaneva in 1953 and executed by Iittala glassworks in 1957. These vases were made in only two sizes so this is a early complete set and also matched in year of production (1957).

Both Heart sculptures are fully marked underneath the base in diamondpen: Timo Sarpaneva - Iittala - 57 (1957).

These art-objects are in good vintage condition, some minor scratches consistent with age and use. No cracks or chips.

Both are fully signed underneath the base.Timo Sarpaneva - Iittala - 57 (1957) 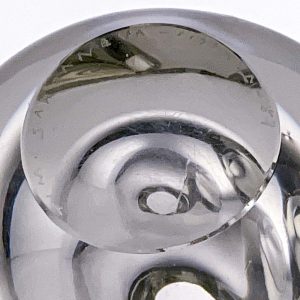 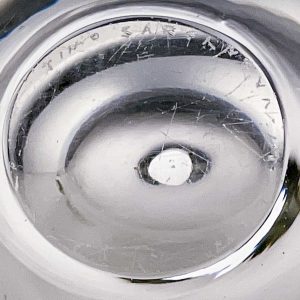