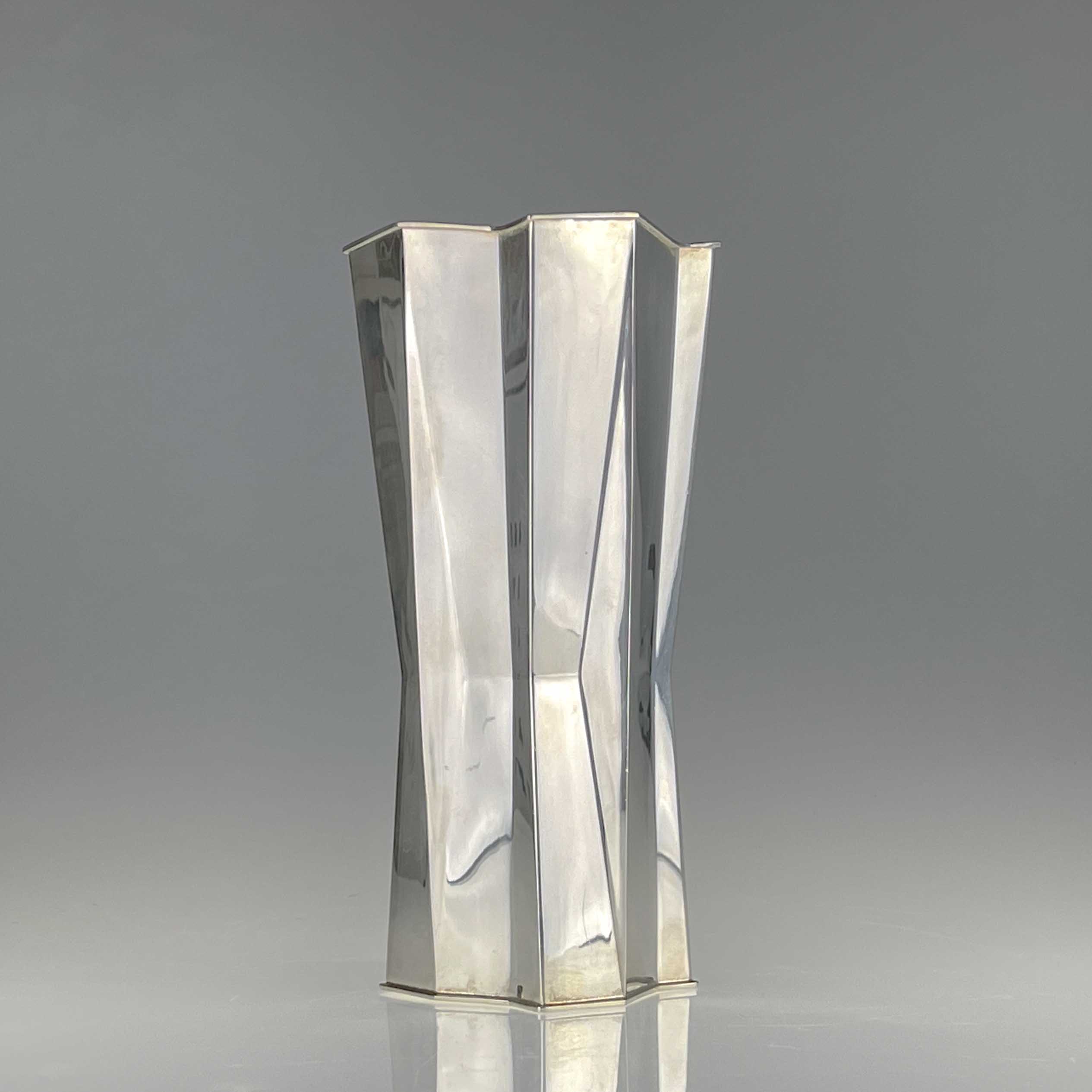 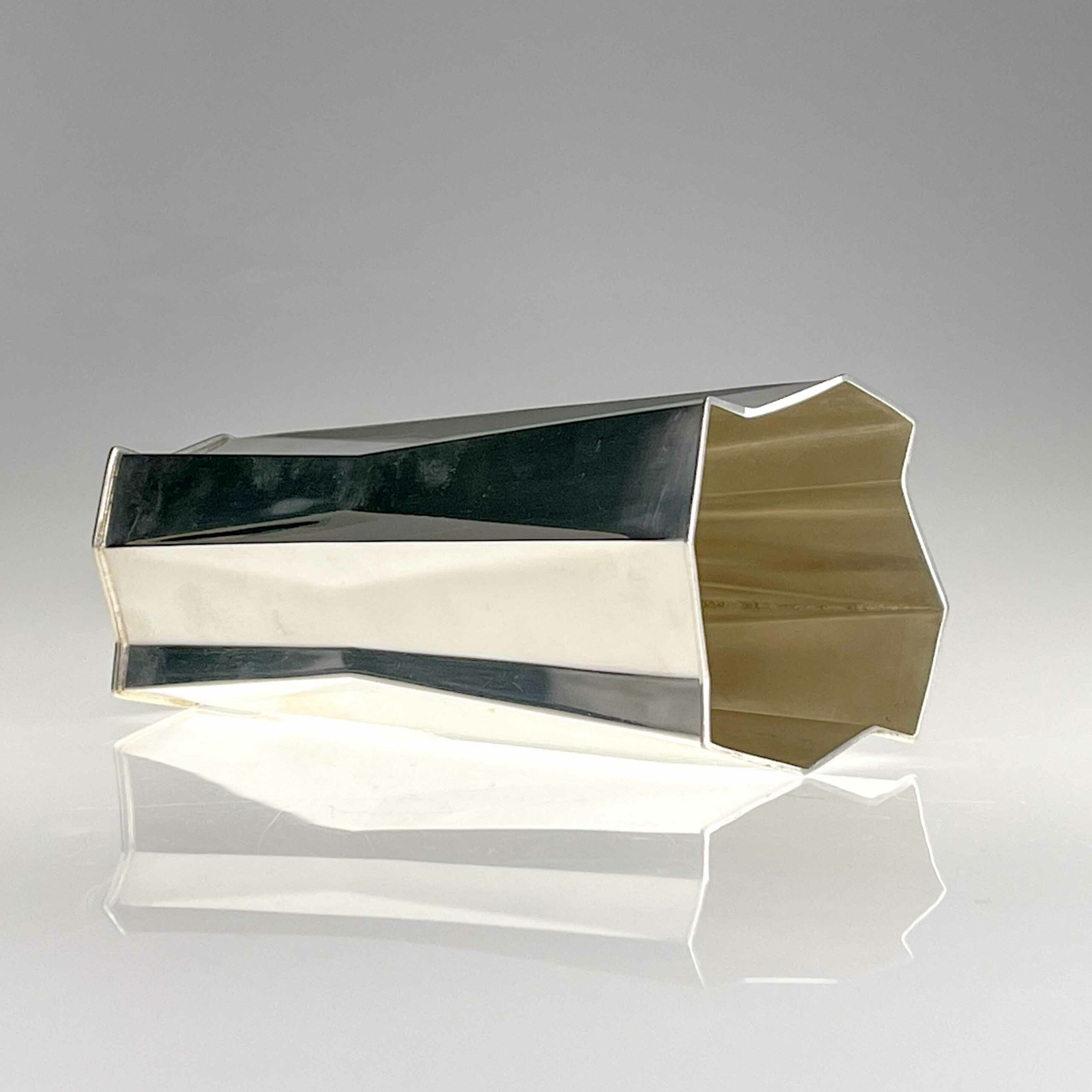 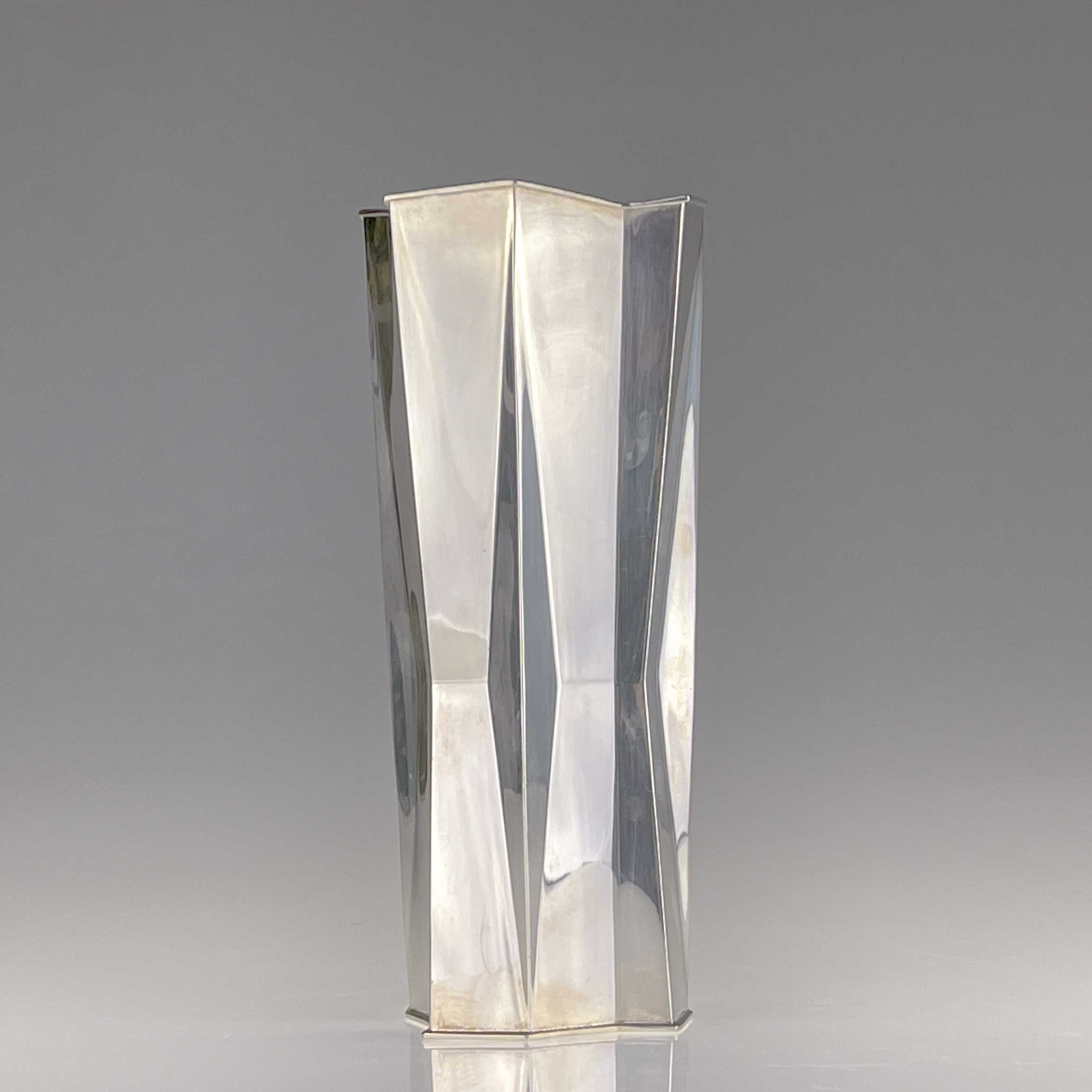 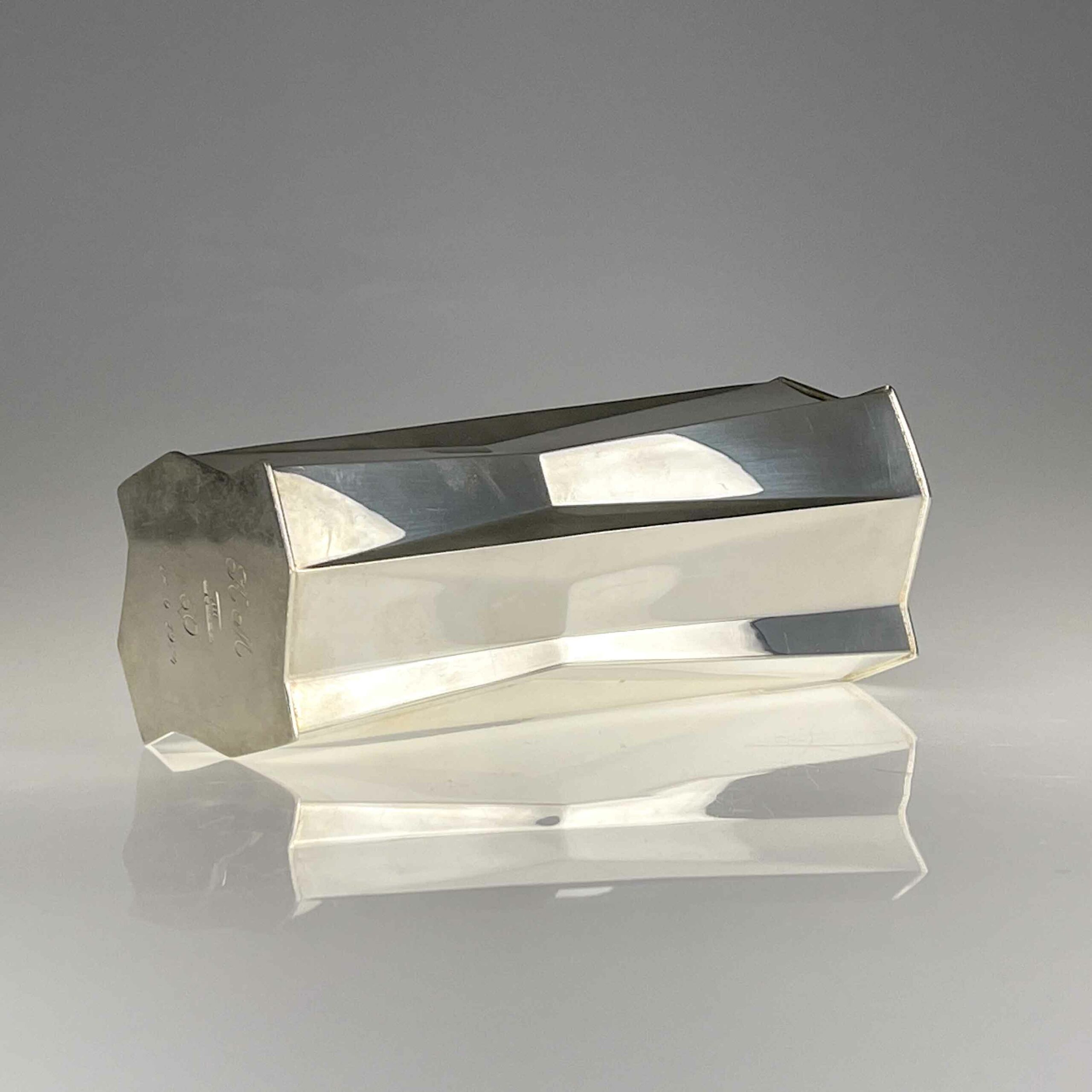 A rare Sterling silver vase, model TW226. Designed by Tapio Wirkkala in 1960 and handmade to order by the craftsmen of Kultakeskus in 1971.

Model TW226 was never made in serial production and could only be bought by placing a special order. Kultakeskus made the object in three different variants (2,3 or 4 segments) and two different finishes (smooth or Somodorok technique).

This particular example is a largest sized (4 segments) smooth example made in 1971. It is fully hallmarked underneath the base and is in very good condition.

Fully hallmarked underneath the base: 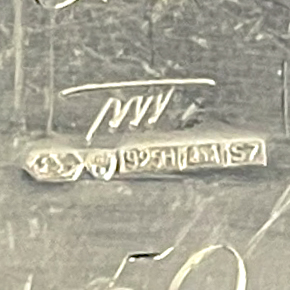 This Art object is in good condition, Some minor scratches consistent with age and use. No dents. There is a personalised inscription underneath the base, not visible when standing.