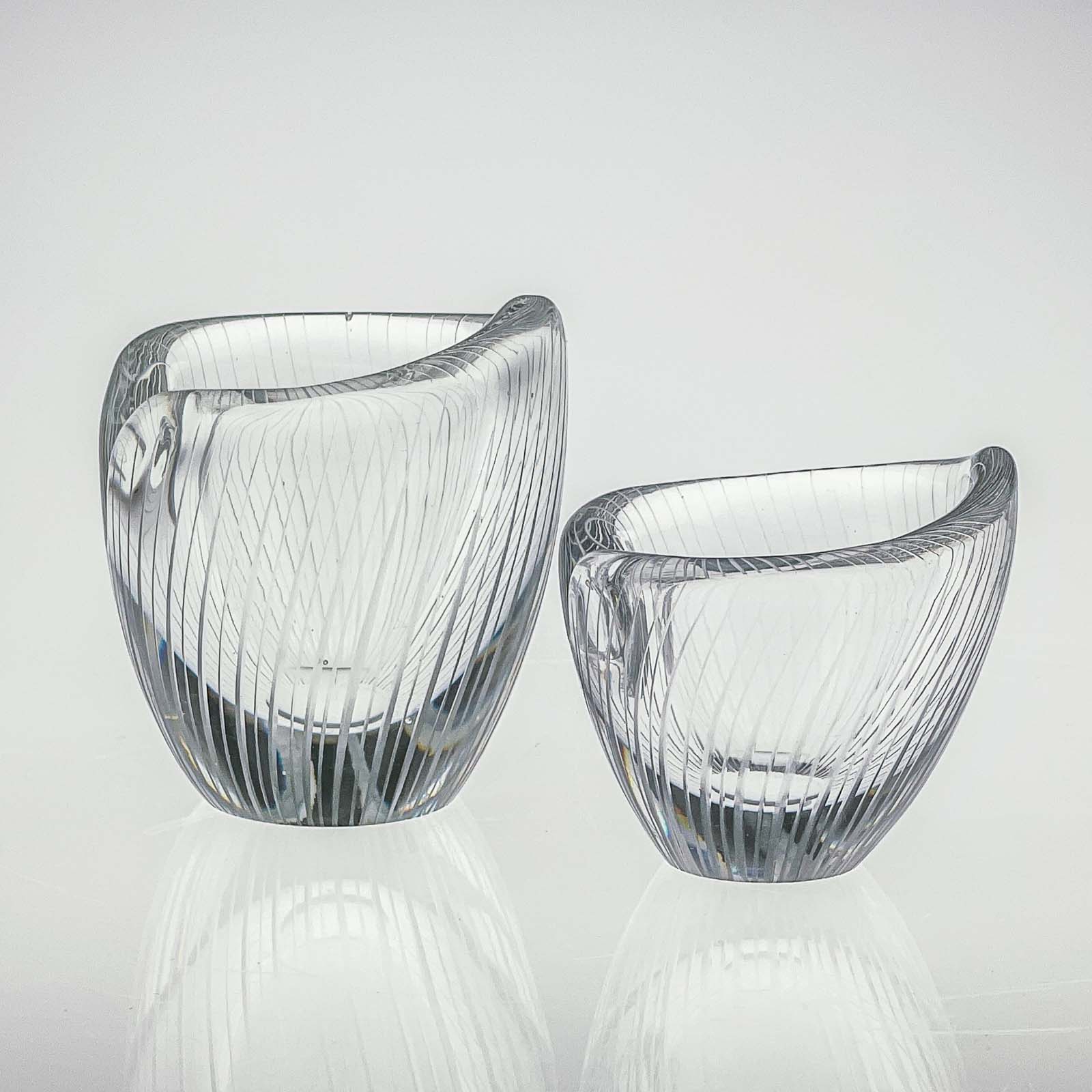 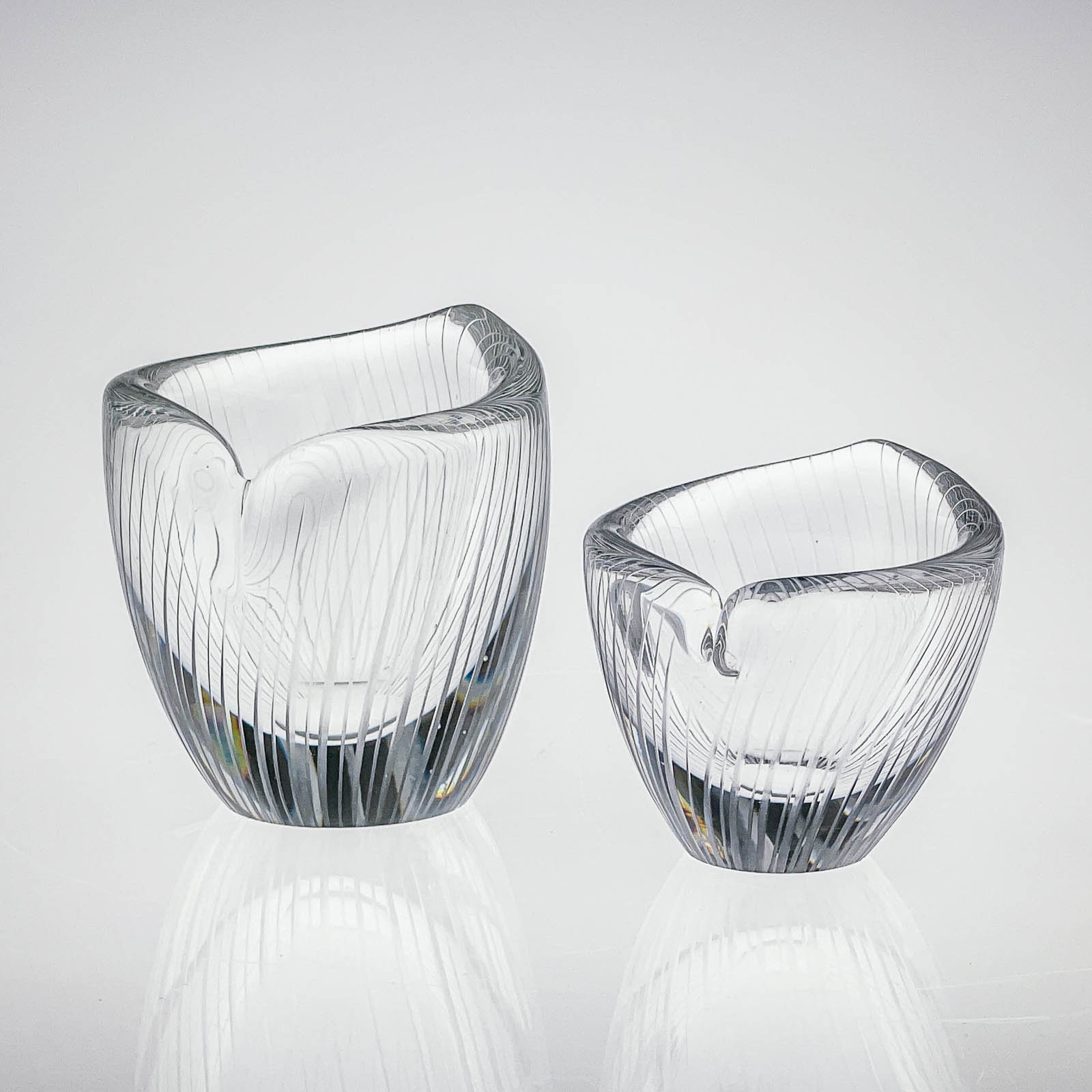 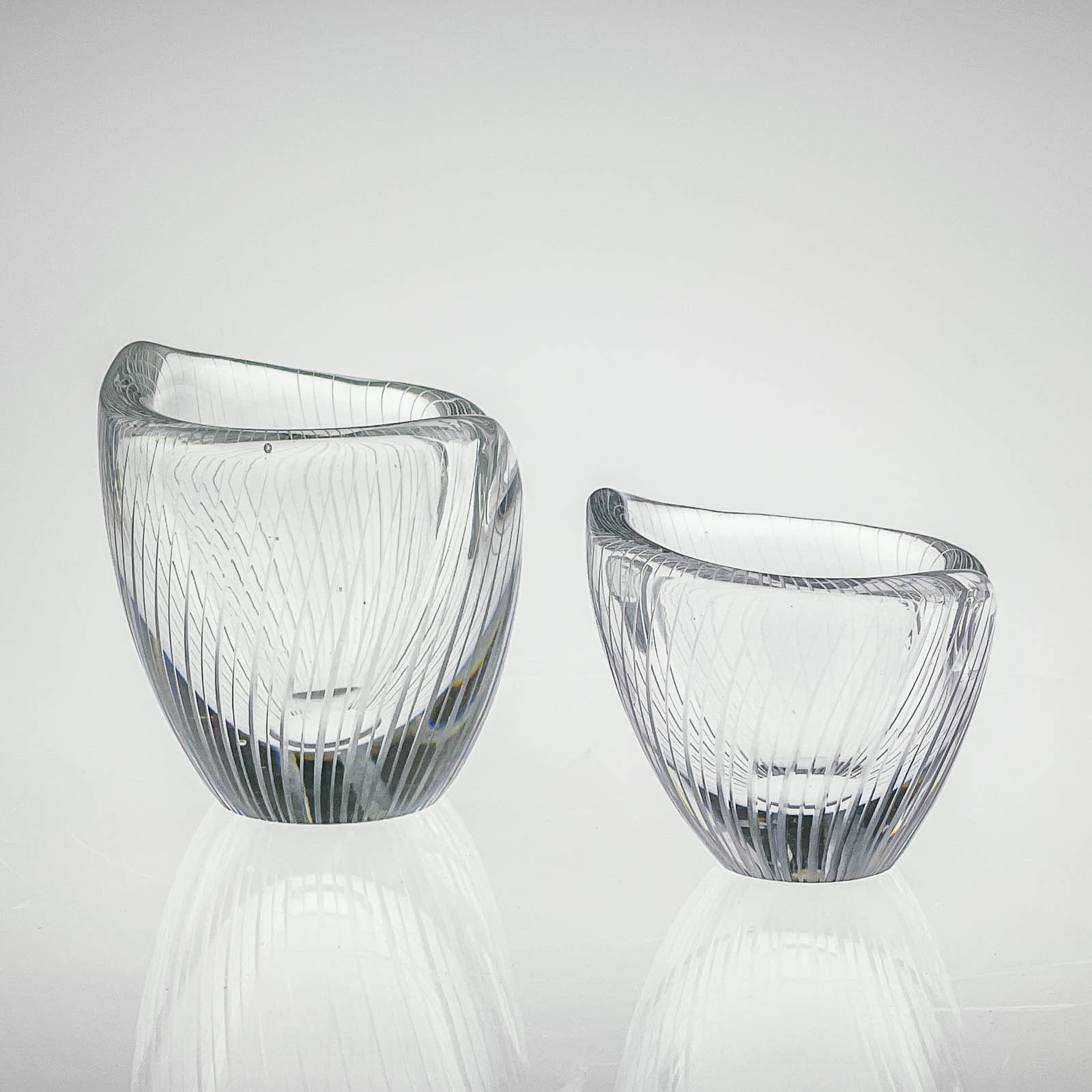 Two freeblown crystal, line-cut art-objects, model 3132. Designed by Finnish artist Tapio Wirkkala in 1952 and executed by the Iittala Glassworks in 1954 & 1957.

These art-objects were produced by Iittala between 1952 and 1960 in three different sizes, 70, 75 and 90 mm. These two examples are a largest and a smallest size example.

As already mentioned, both of these crystal art-objects are handmade and engraved by hand. They are both signed undereath the base in diamondpen:

Very good original condition. No chips or cracks. Minor scratches, consistent with age and use.

Signed underneath the base in diamondpen:
Tapio Wirkkala - Iittala - 54 & 57 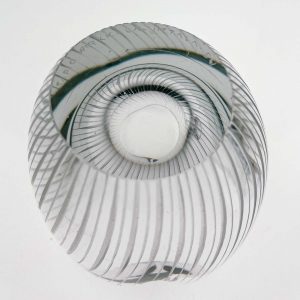