Sarpaneva took his inspiration for these objects from the natural phenomena, known as “Hiiden Kirnu” or Giant Kettle. These are glacial potholes drilled in solid rock by water descending down a deep moulin or by gravel rotating in a bed of a subglacial meltwater stream.

The Devil’s Pearl was made in one size between 1952 and 1960. It is signed and dated in diamondpen underneath the base. 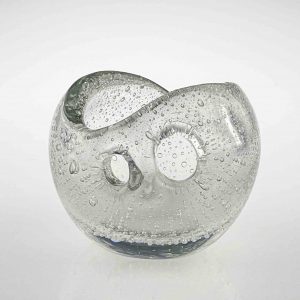