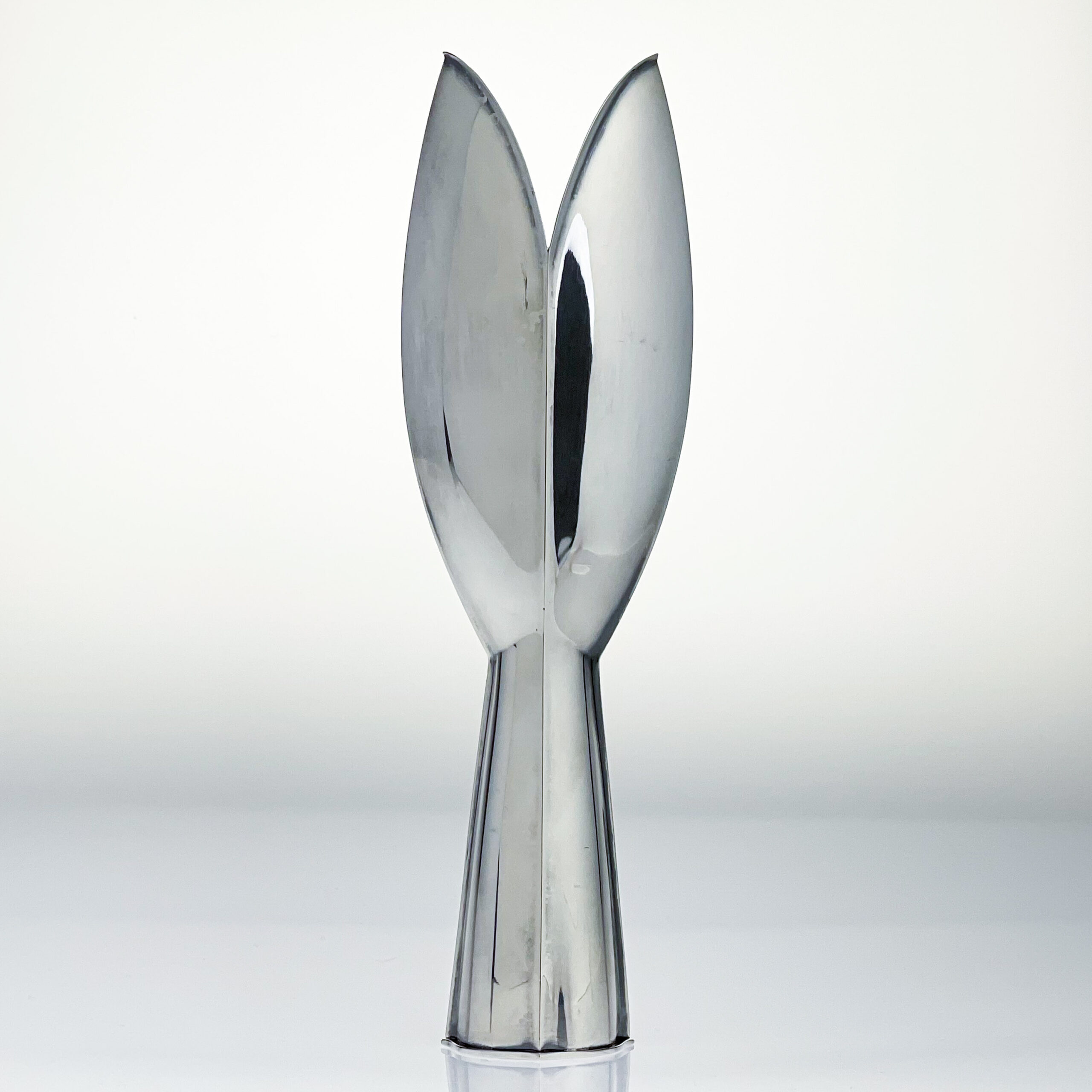 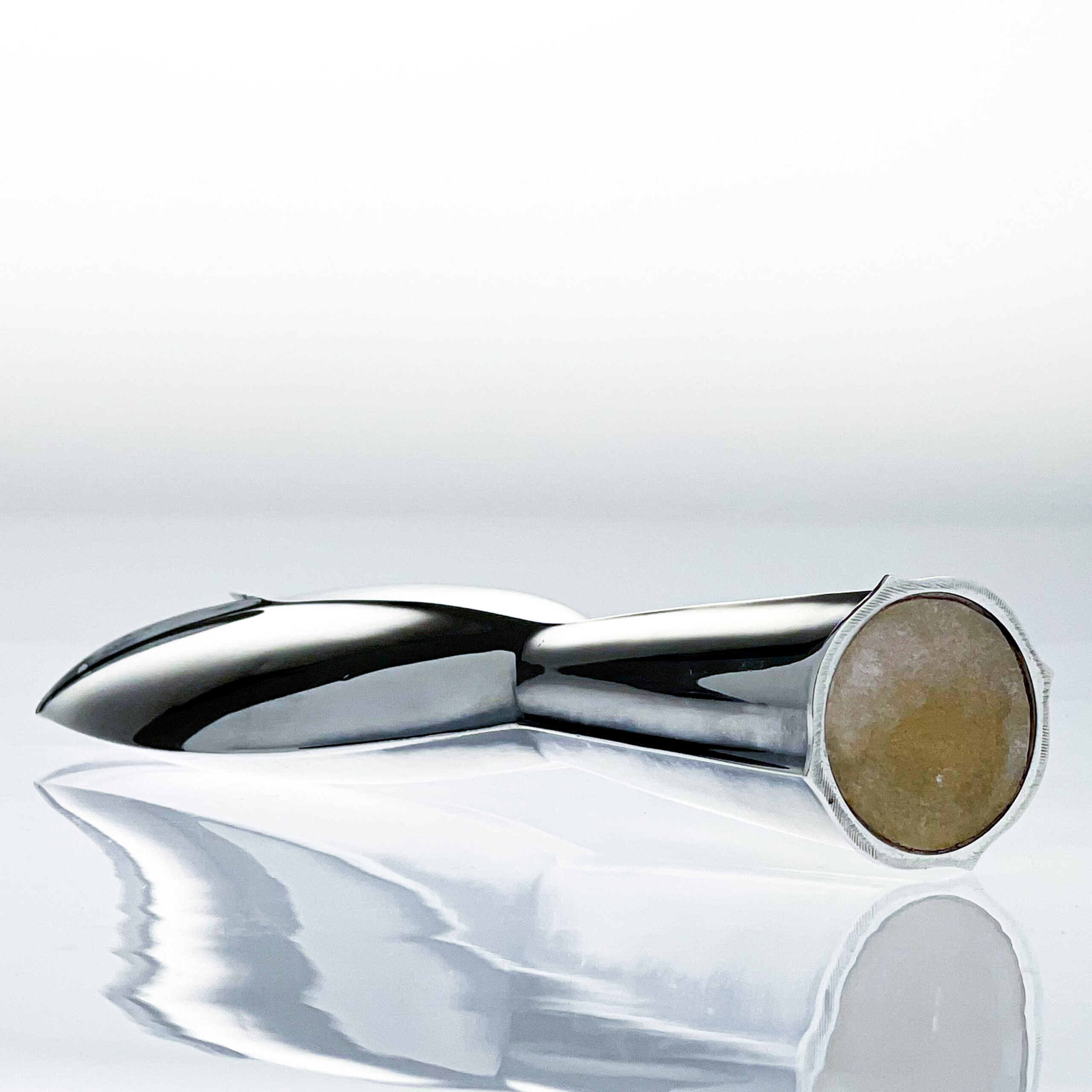 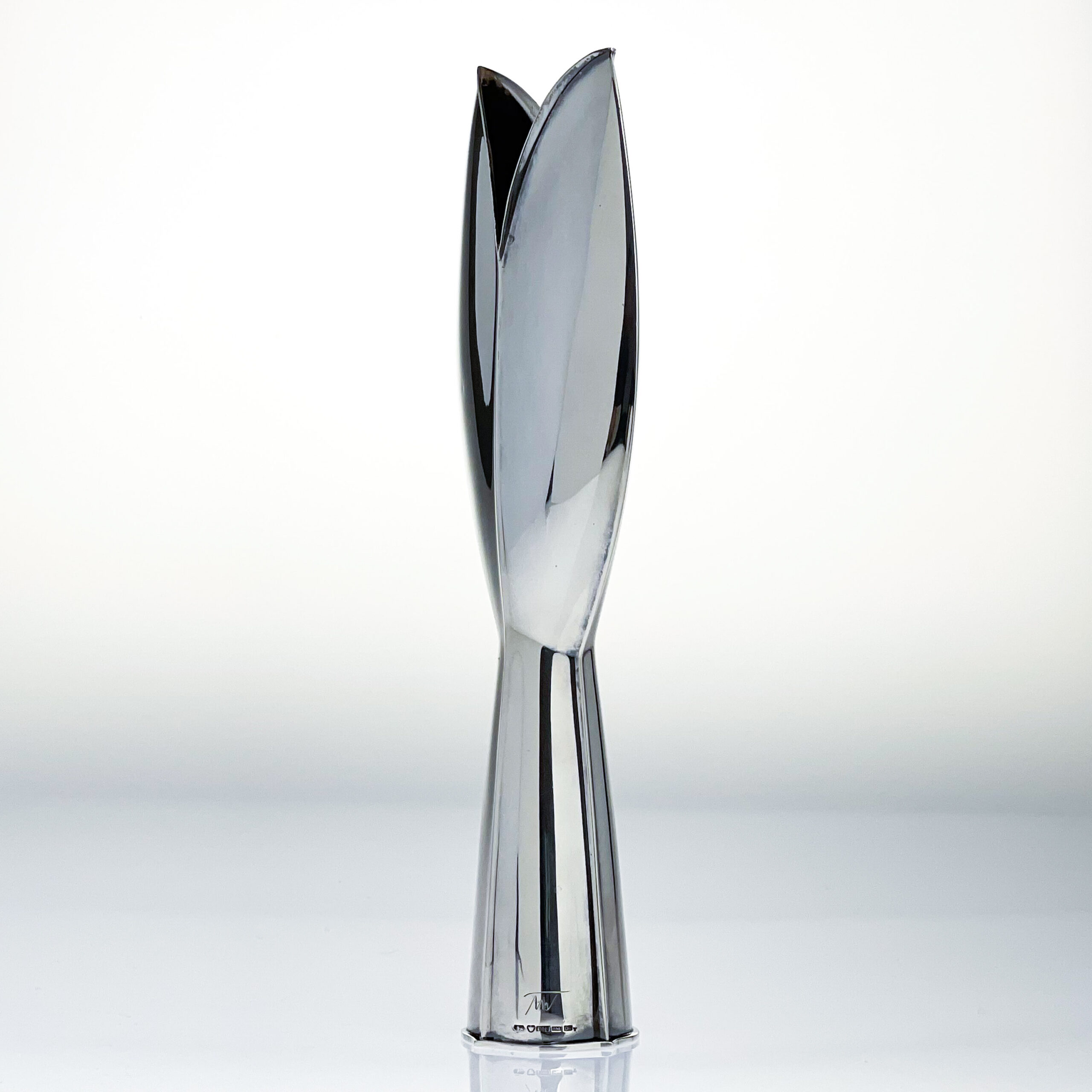 Handmade Sterling silver (916/1000) Tulip shaped vase. Oval-shaped at the top, with folded edges. From where the leaves touch Accolade shapes were worked into the object, ending in a rounded base with Accolades on the four opposite sides.

Tapio Wirkkala designed this object in 1954 and they were handmade to order in three sizes: 30, 22 and 18 cm. This particular TW 2 is a beautiful early medium sized example - measuring 24.2 cm in height - and was handmade by the craftsmen of Kultakeskus Oy in the Finnish city of Hämeenlinna in 1957. Fully marked underneath.

This rare art-object is in good vintage condition. Some minor scratches consistent of age and use.

One tiny dent, halfway through the object, on the left leaf on one side. 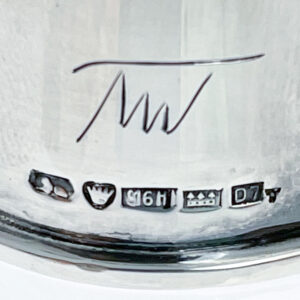