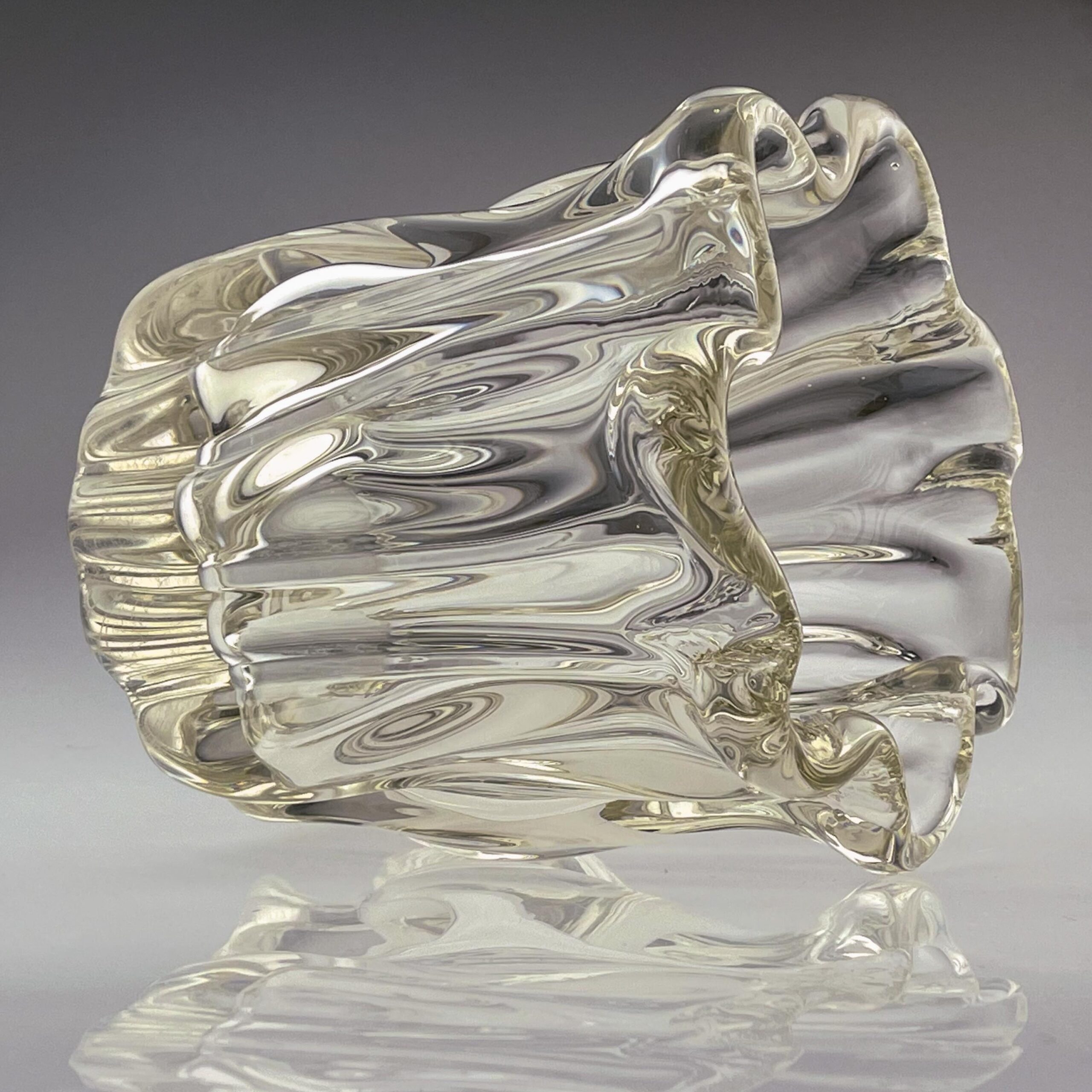 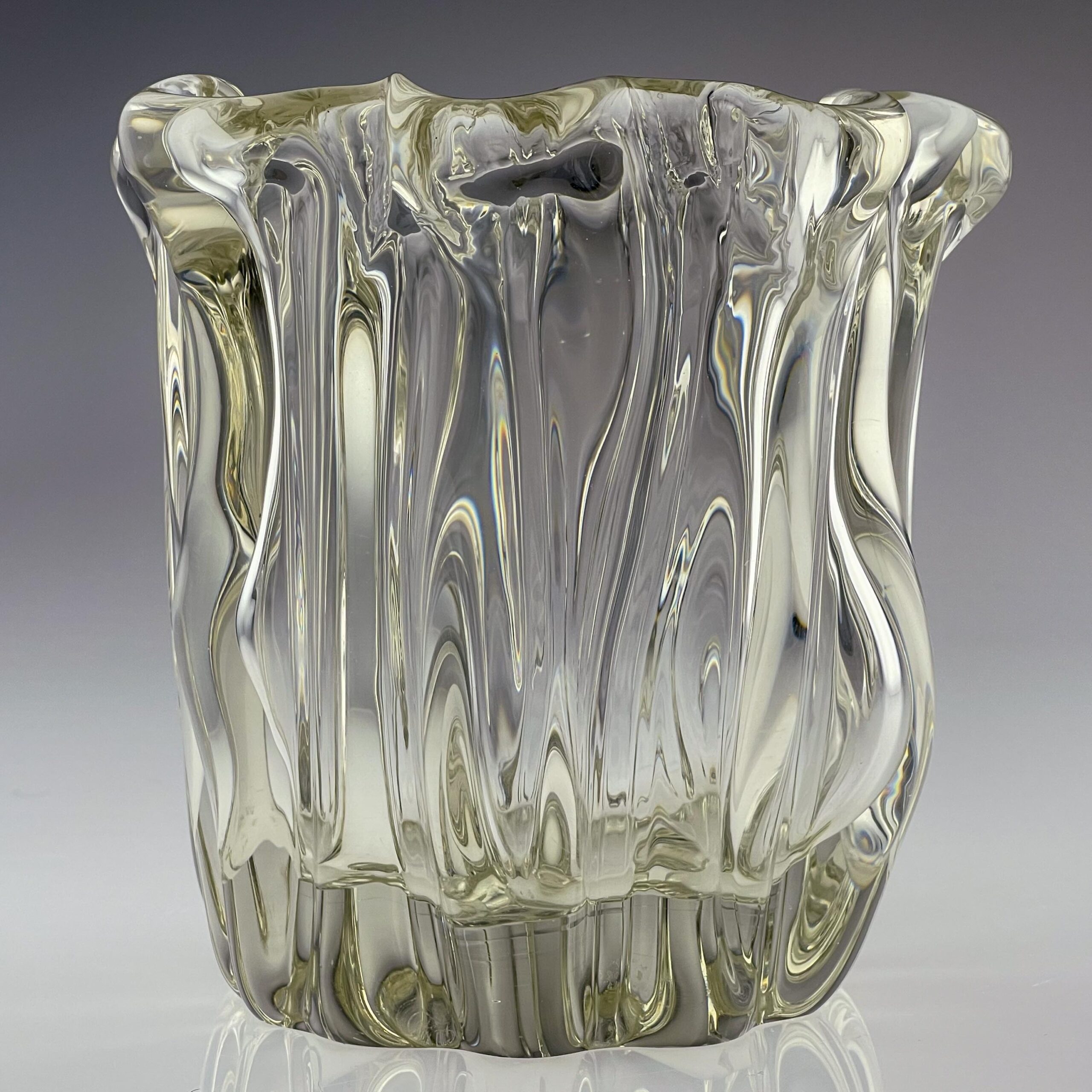 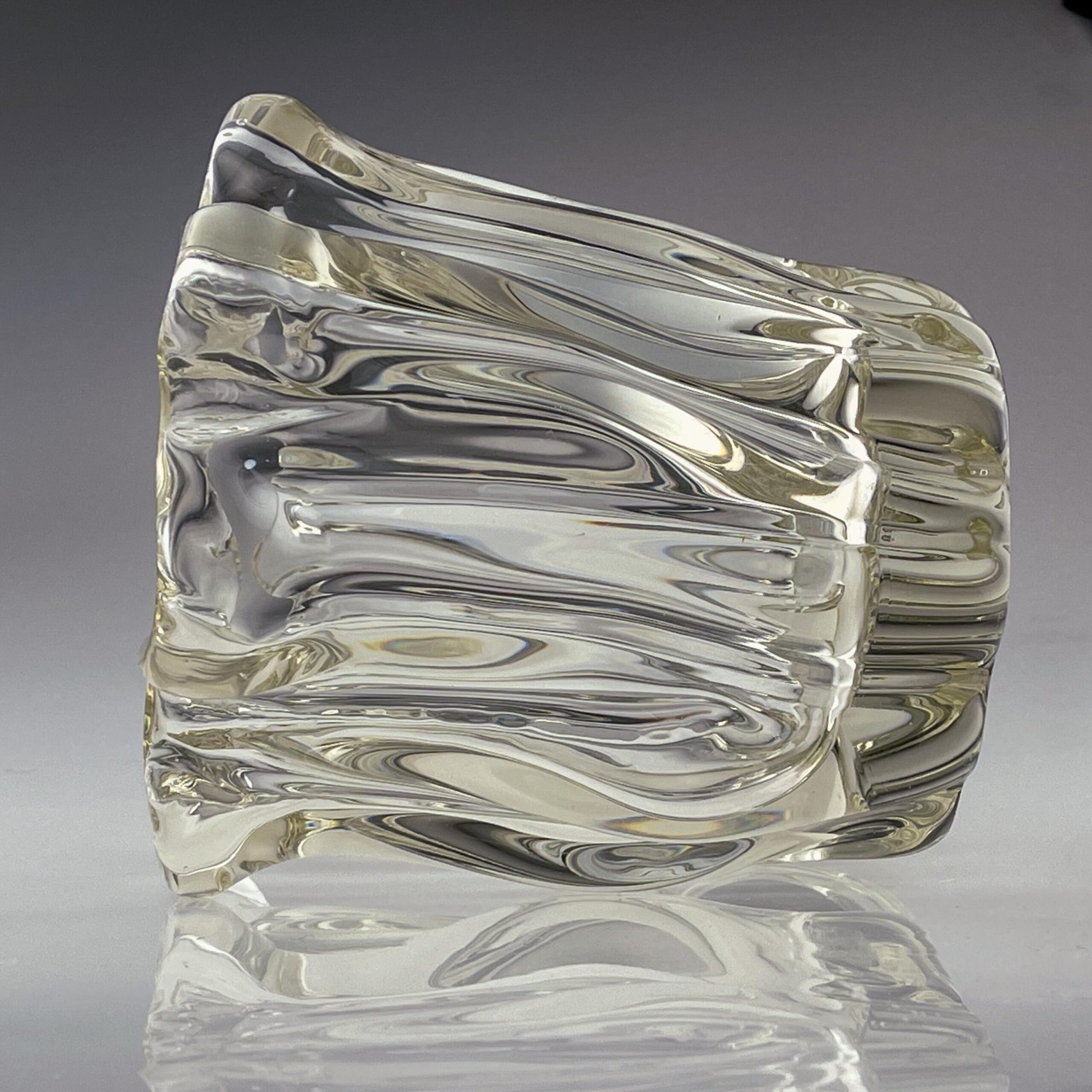 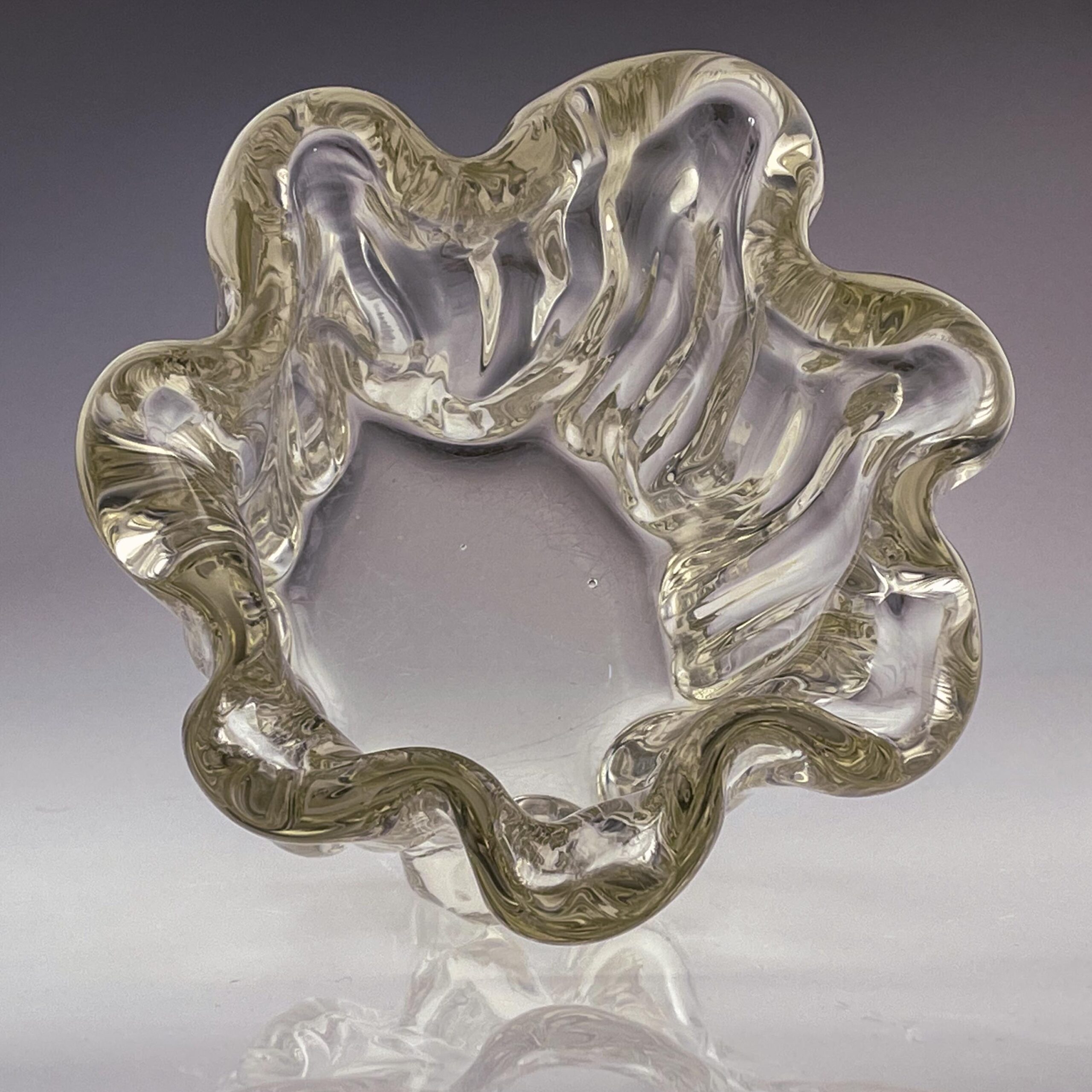 A moldblown crystal Art-object "Kalvolan Kanto" (stump of a tree). Designed by Tapio Wirkkala in 1948 and excecuted by the craftsmen of the Iittala Glassworks, most likely in the 1960's or early 1970's.

This particular example is the largest size made measuring 19.8 cm in height. it is signed underneath the base: Tapio Wirkkala - Iittala - 3241 (modelnumber). It's in good vintage condition, no cracks or chips and only minor scratches on the surface. Due to it's weight (4.2 kg) the base is more scratched as is to be expected for an object of this age.

Signed underneath the base: Tapio Wirkkala - Iittala - 3241 (modelnumber) 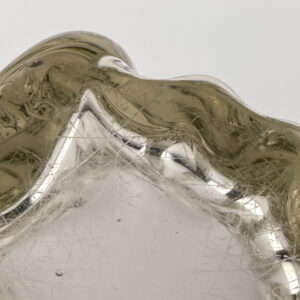 Good original condition. No cracks or chips. Scratches underneath the base, otherwise few scratches on the surface. Wear consistent with age and use.