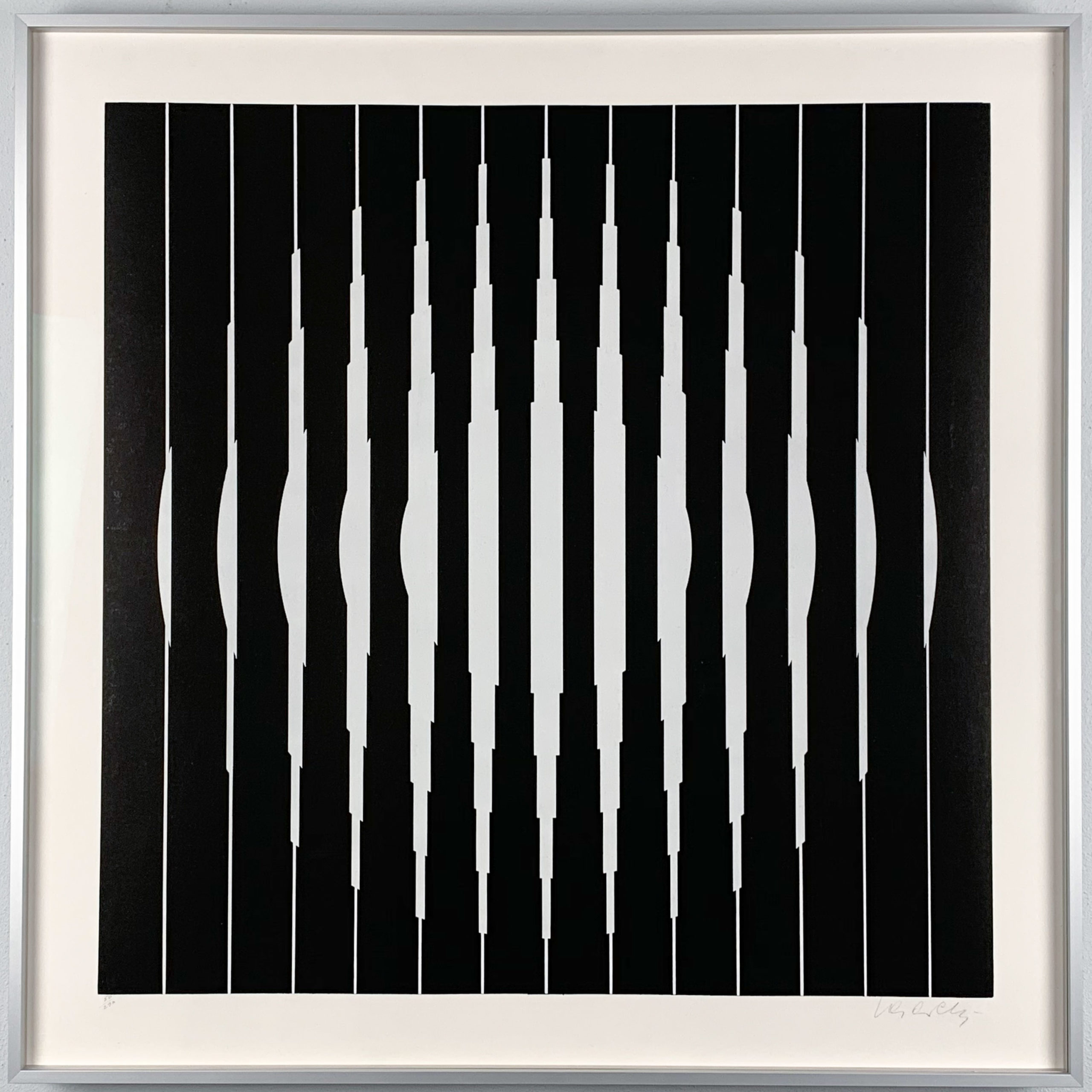 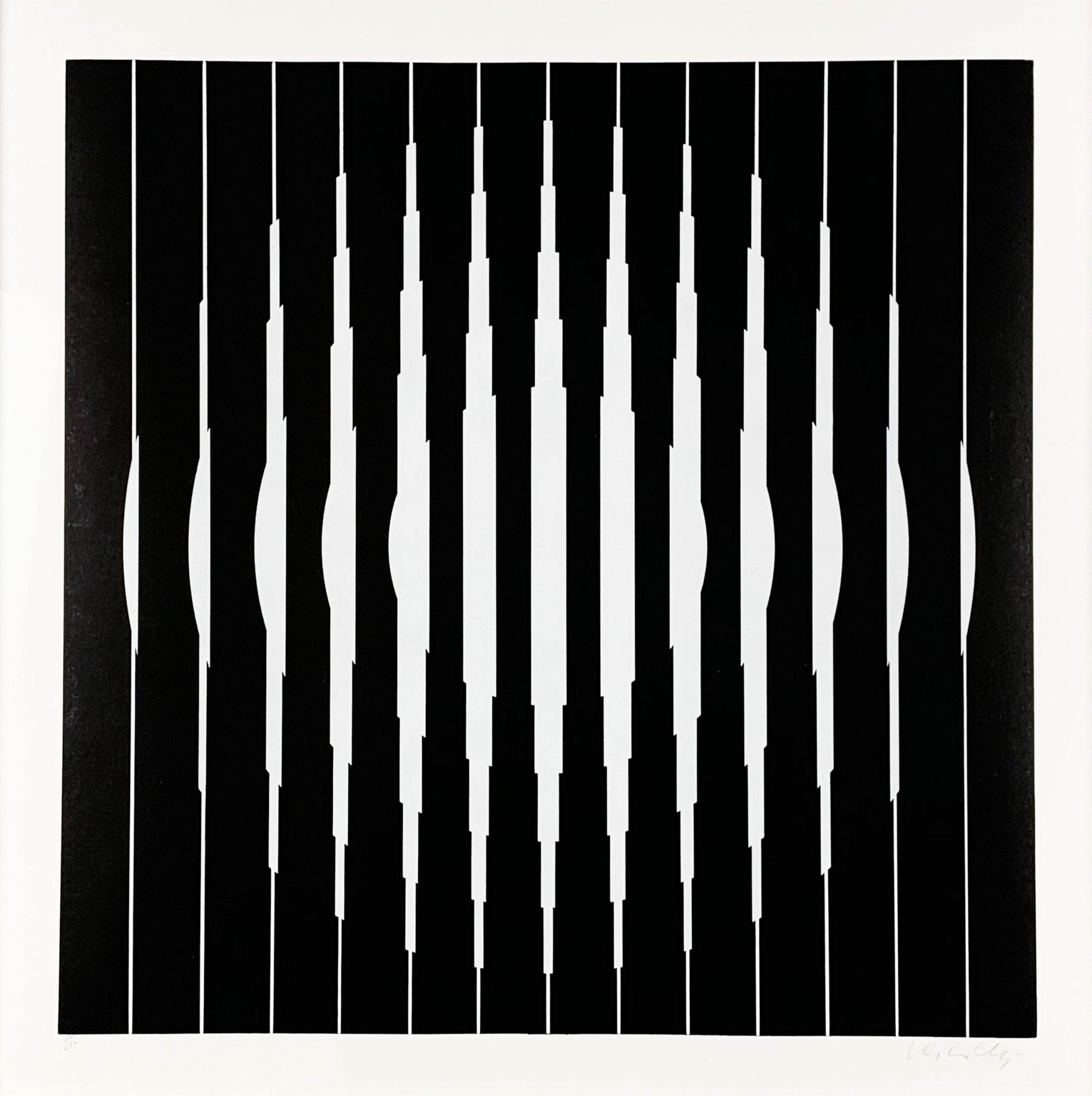 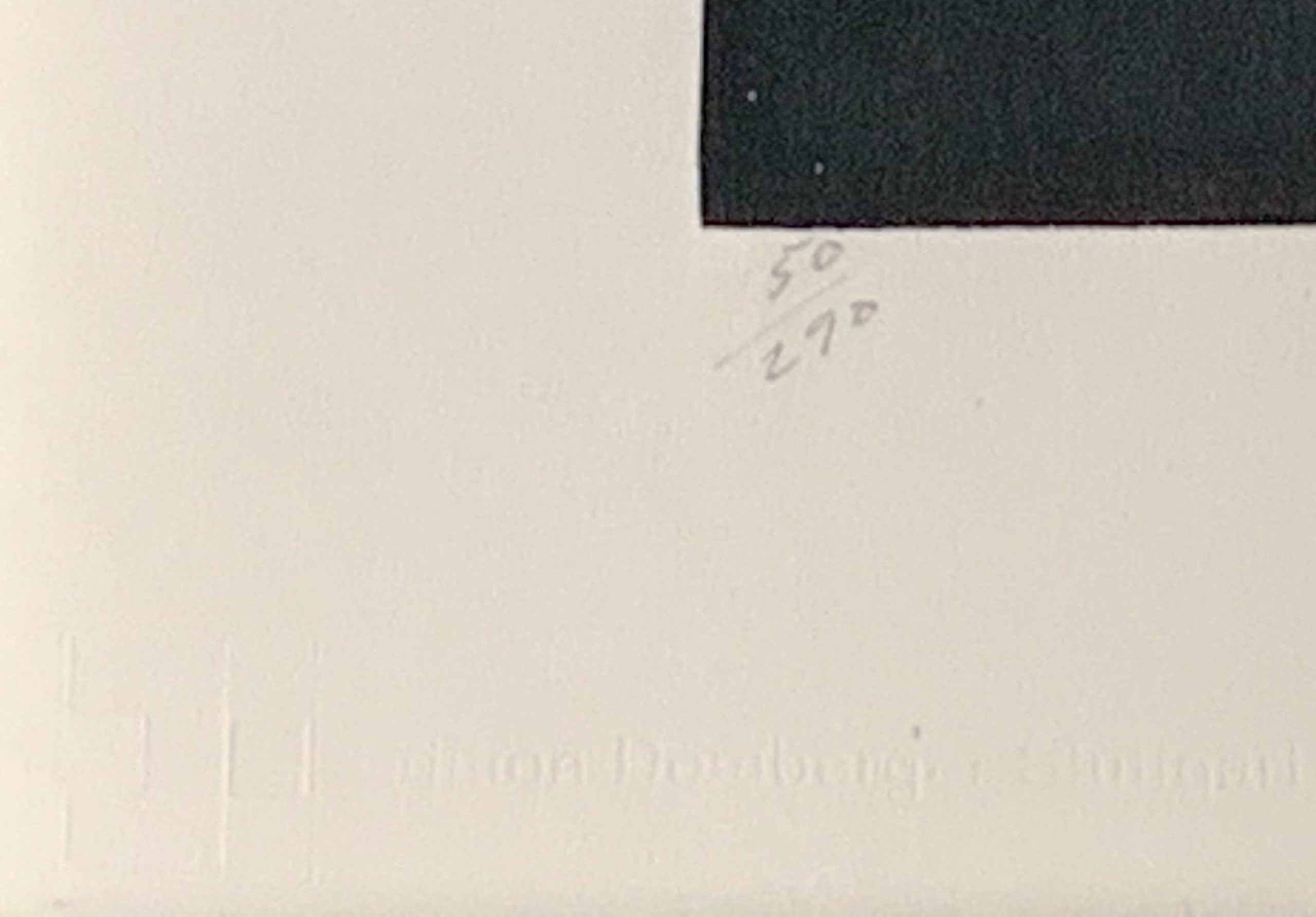 Professionally framed in in a brushed aluminium frame, museum-glass.

Signed in pencil on the bottom right. 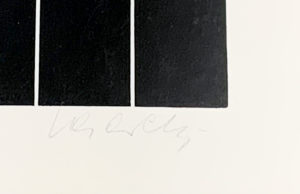 Part of an edition of 290. Published by Hans Mayer Krefeld and printed by Domberger, Stuttgart in 1968.