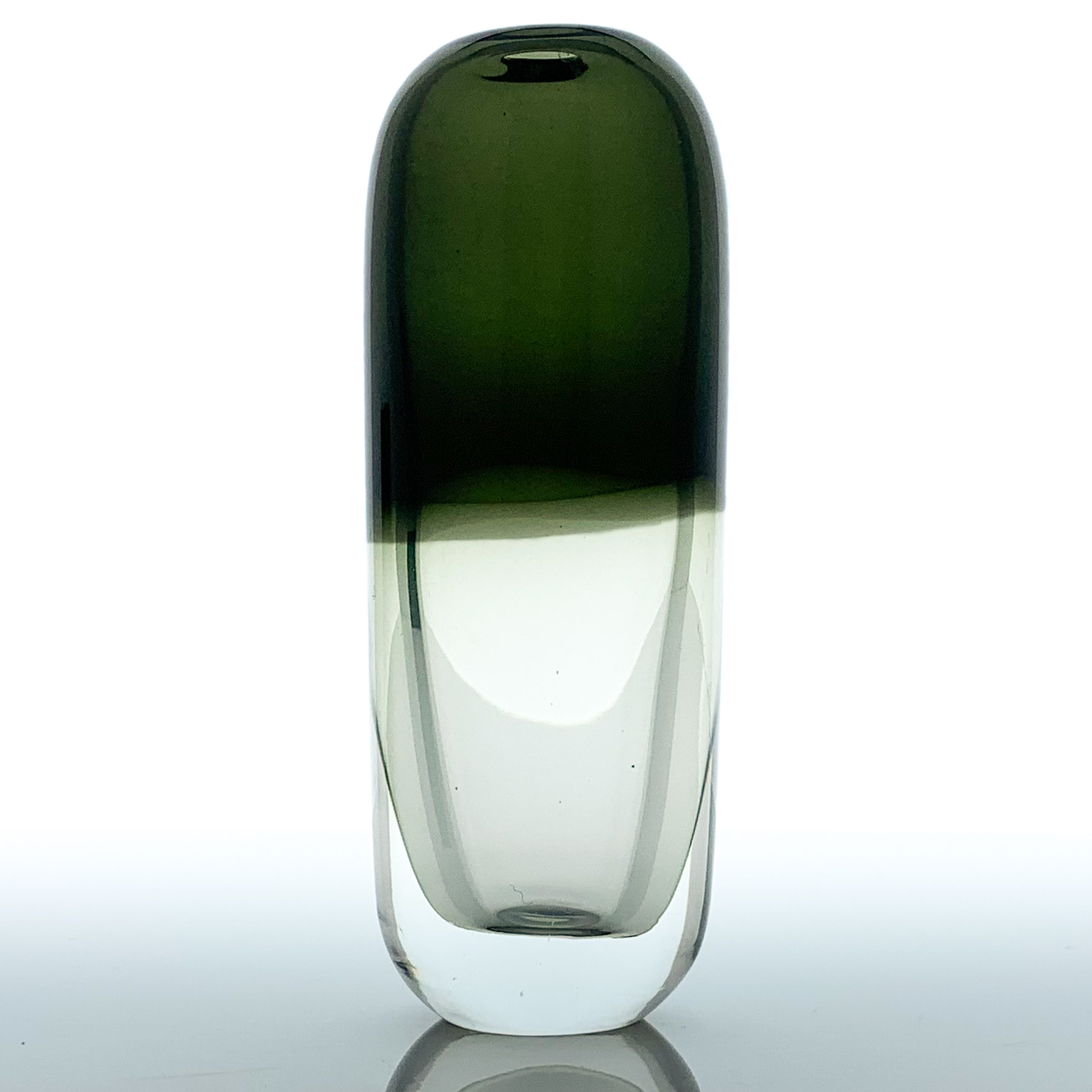 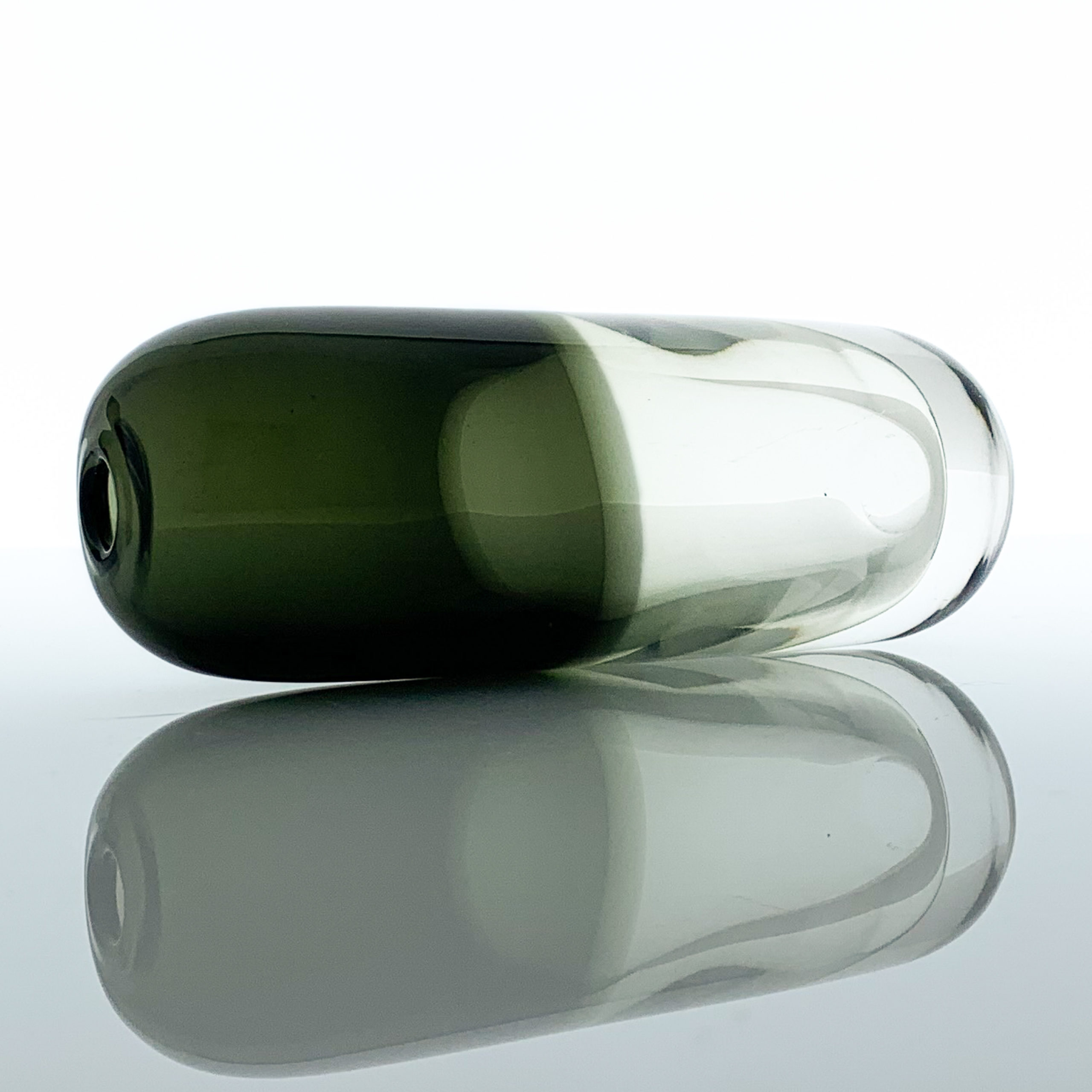 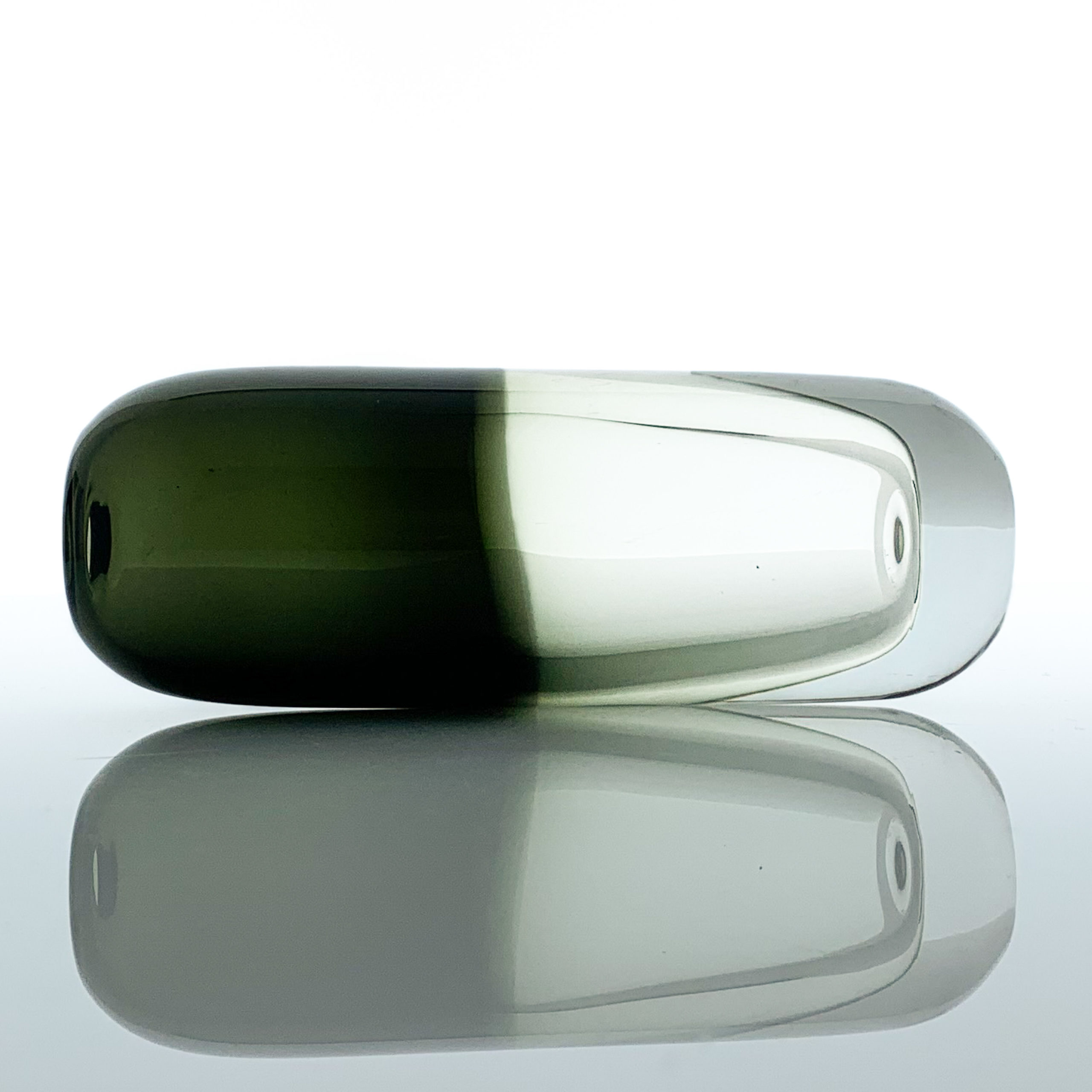 Designed by famous Finnish artist Timo Sarpaneva around 1953 and executed by Iittala glassworks in 1957. Sometimes referred to as the "Pilleri" or "Pill" for obvious reasons.

This is a early example as mentioned before and it is fully marked underneath the base in diamondpen: Timo Sarpaneva - Iittala - 57 (1957). 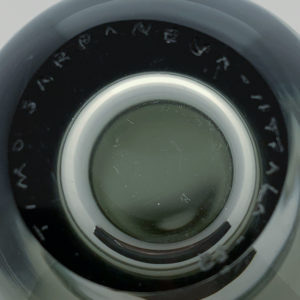