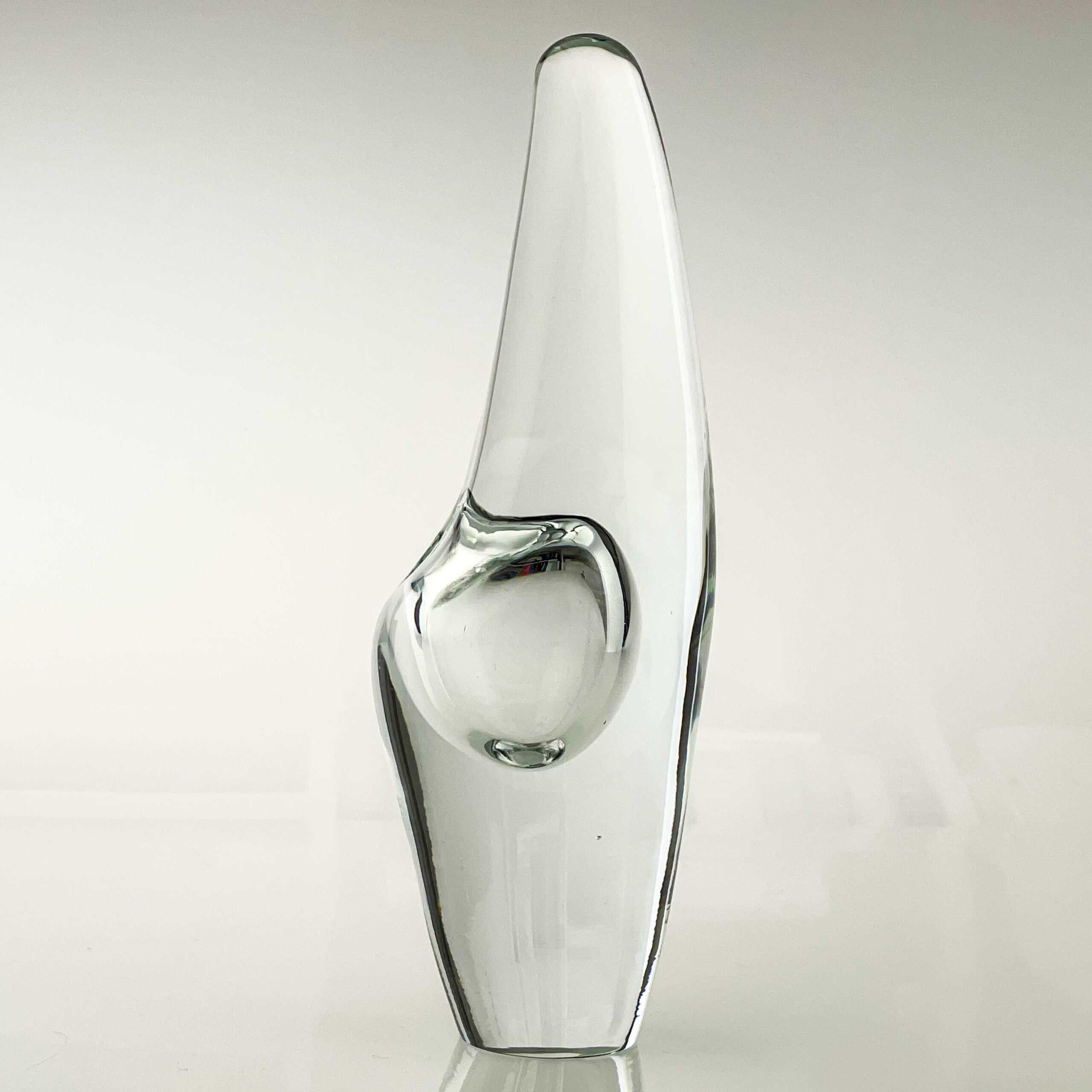 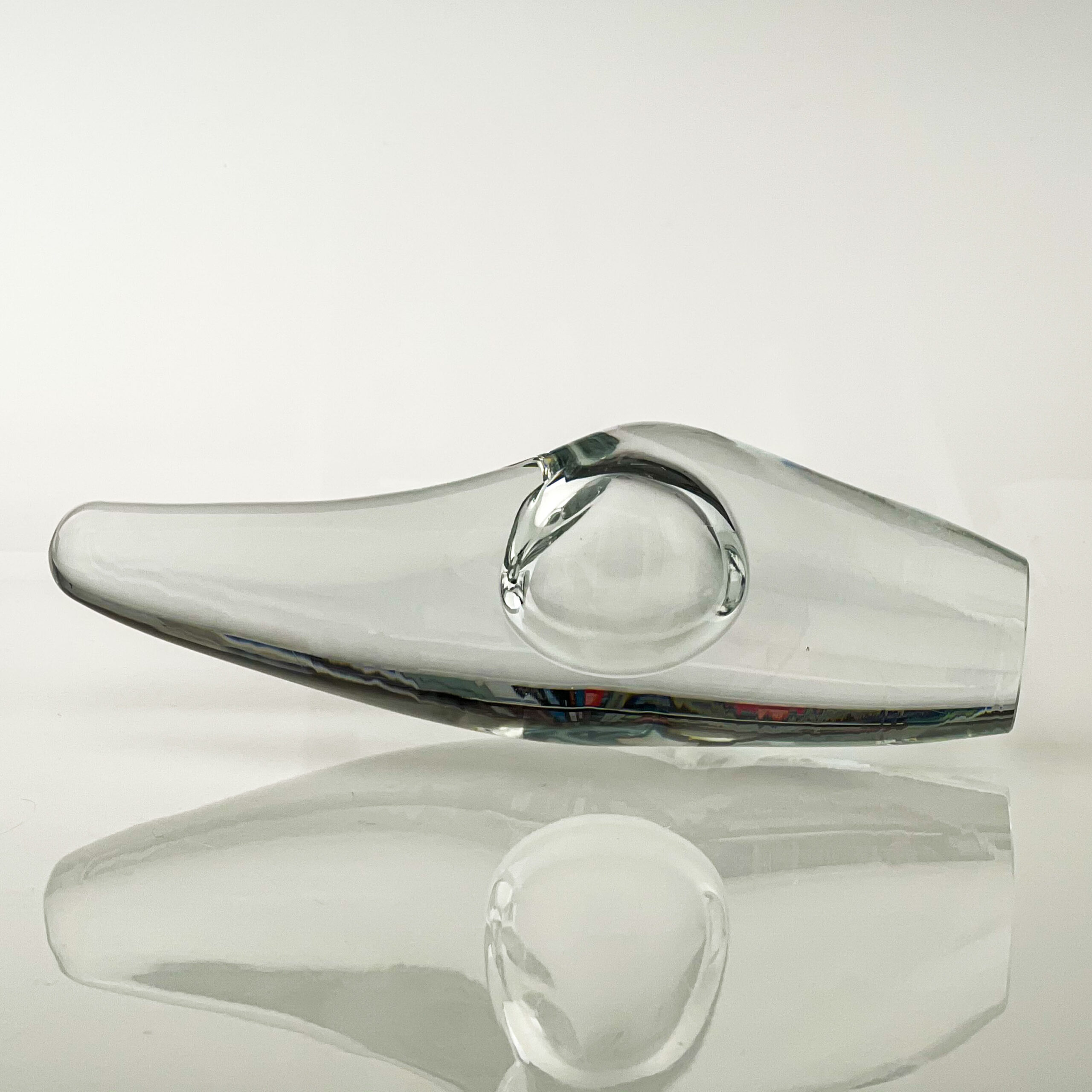 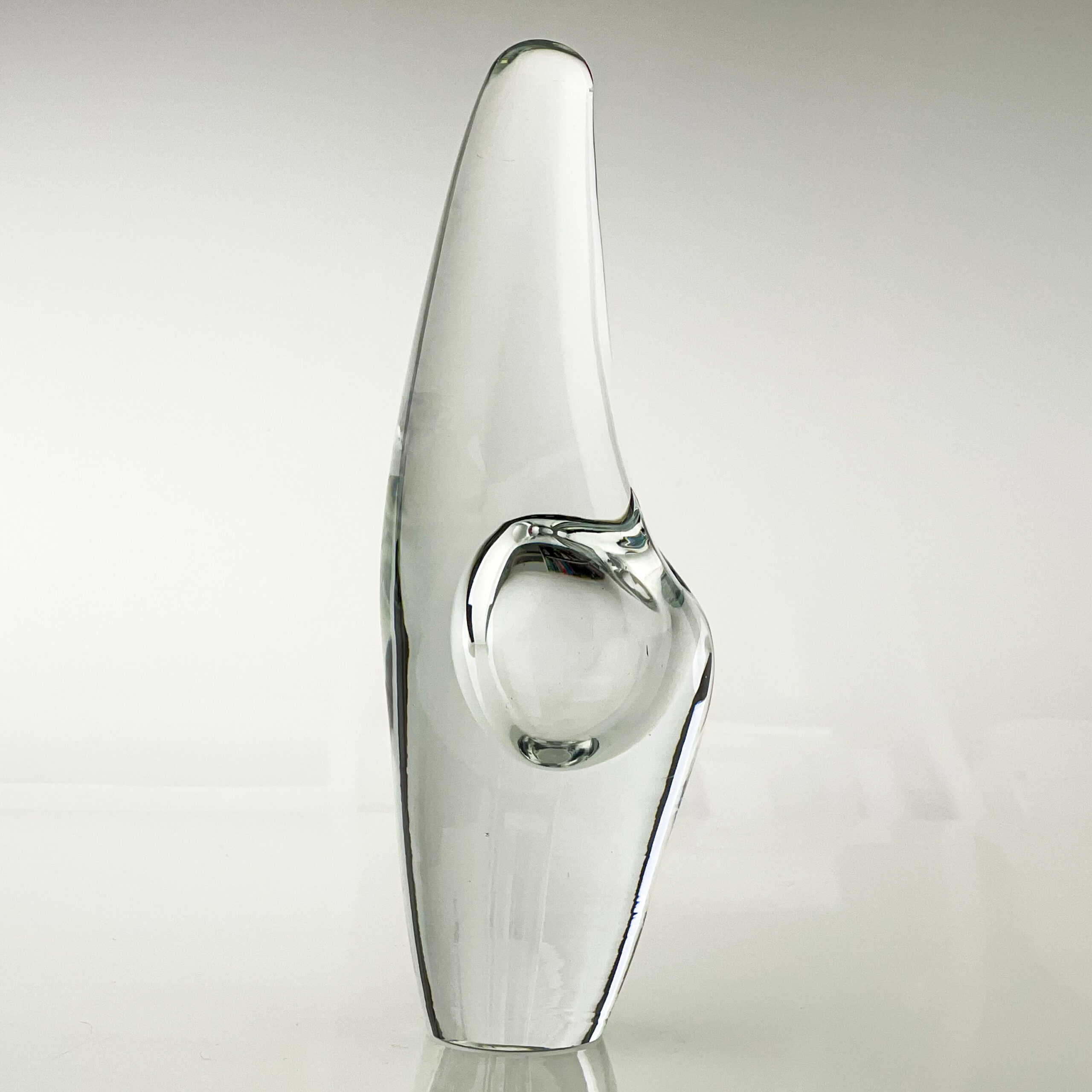 This art-object was never conceived as a vase but as a glass sculpture, for wich Sarpaneva was awarded a "Grand Prix" at the Milan Triennale in 1954. It was also declared "The most beautiful object of the year" by House Beautiful magazin in that same year. The "Orkidea" remains one of the most iconic designs made by the Iittala glassworks. This art-object has been in serial production between 1954 and 1972 and in numbered editions from the 1980's onwards.

This is a later example as mentioned before, made in a limited numbered edition. The original box is present and included. It is fully marked underneath the base in diamondpen: Timo Sarpaneva - 264/1982. 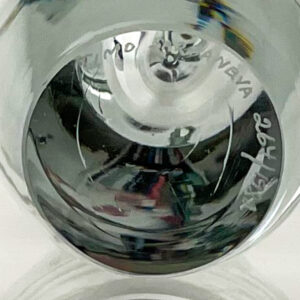