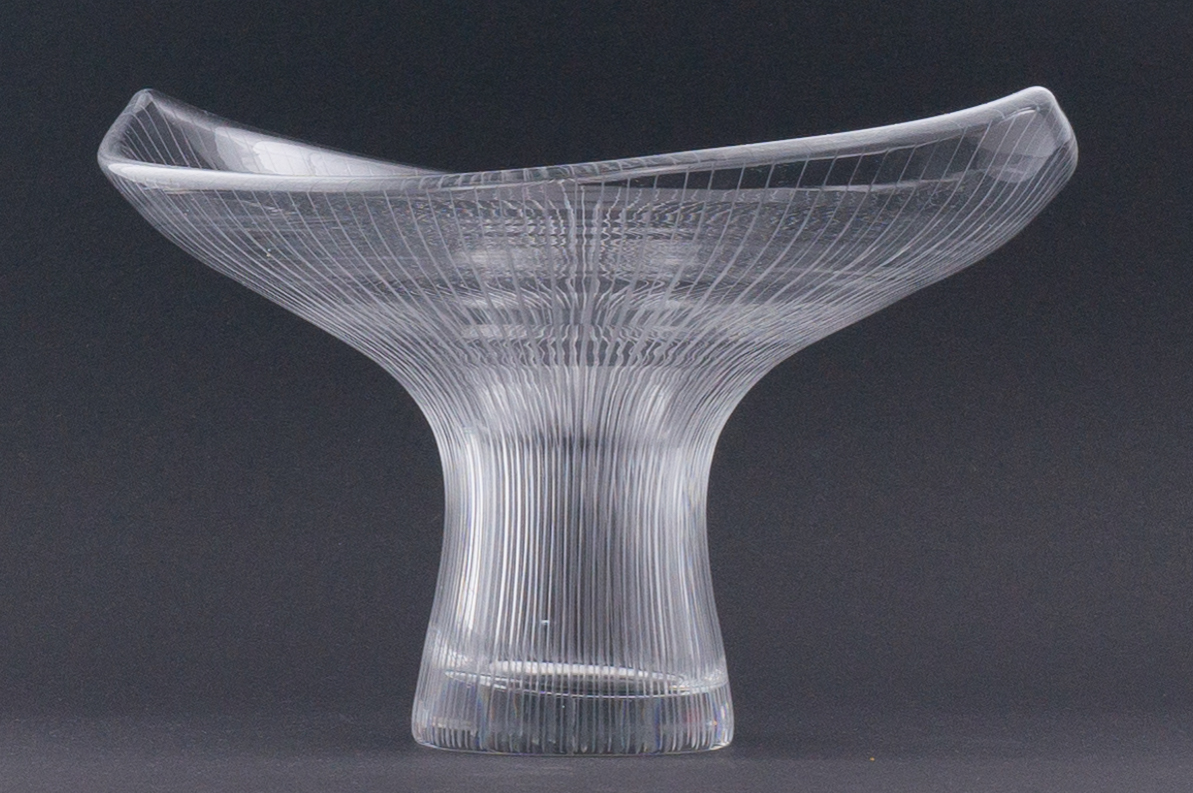 Rare moldblown crystal Art Object / Vase with vertical cut lines, model 3523. Designed in 1947 by Tapio Wirkkala, executed by Iittala glassworks in 1955. This particular model was only produced between 1951-1960 and is the tallest of the two variants in the catalog (the smaller has a height of 10 cm)

Vase is in very good condition, some minor scratches under the foot consistent with age and use.

Tapio Wirkkala Iittala-55 in diamondpen underneath the foot