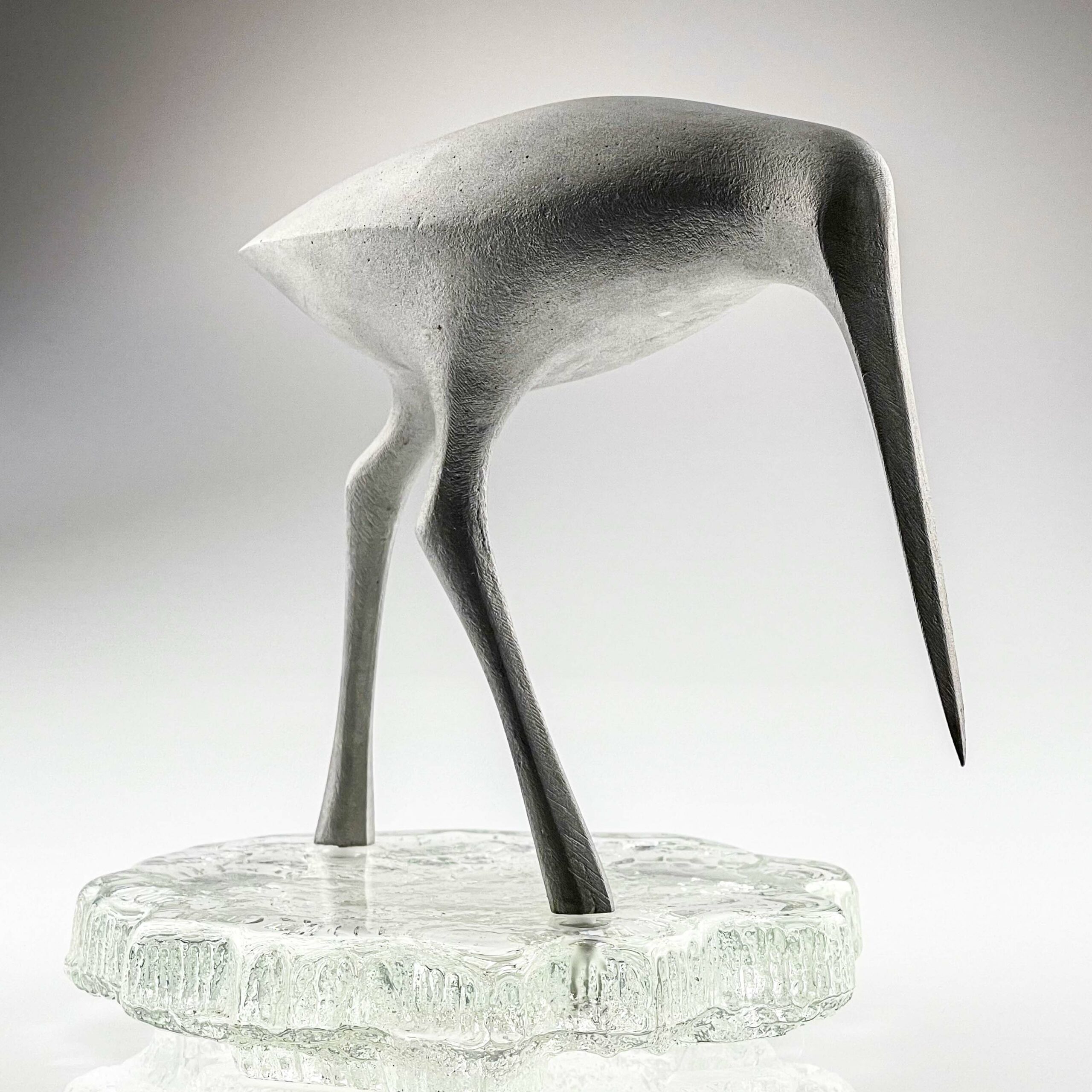 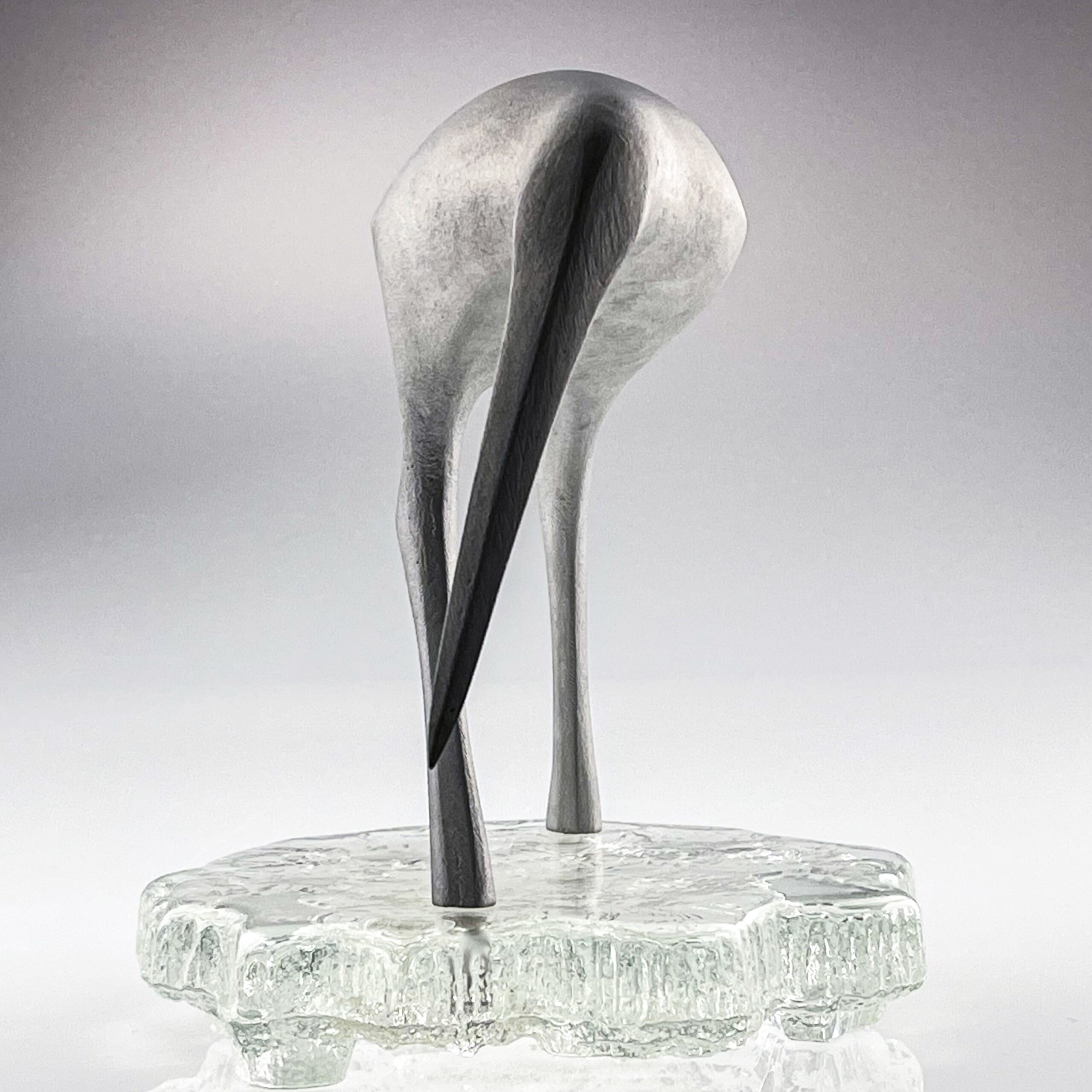 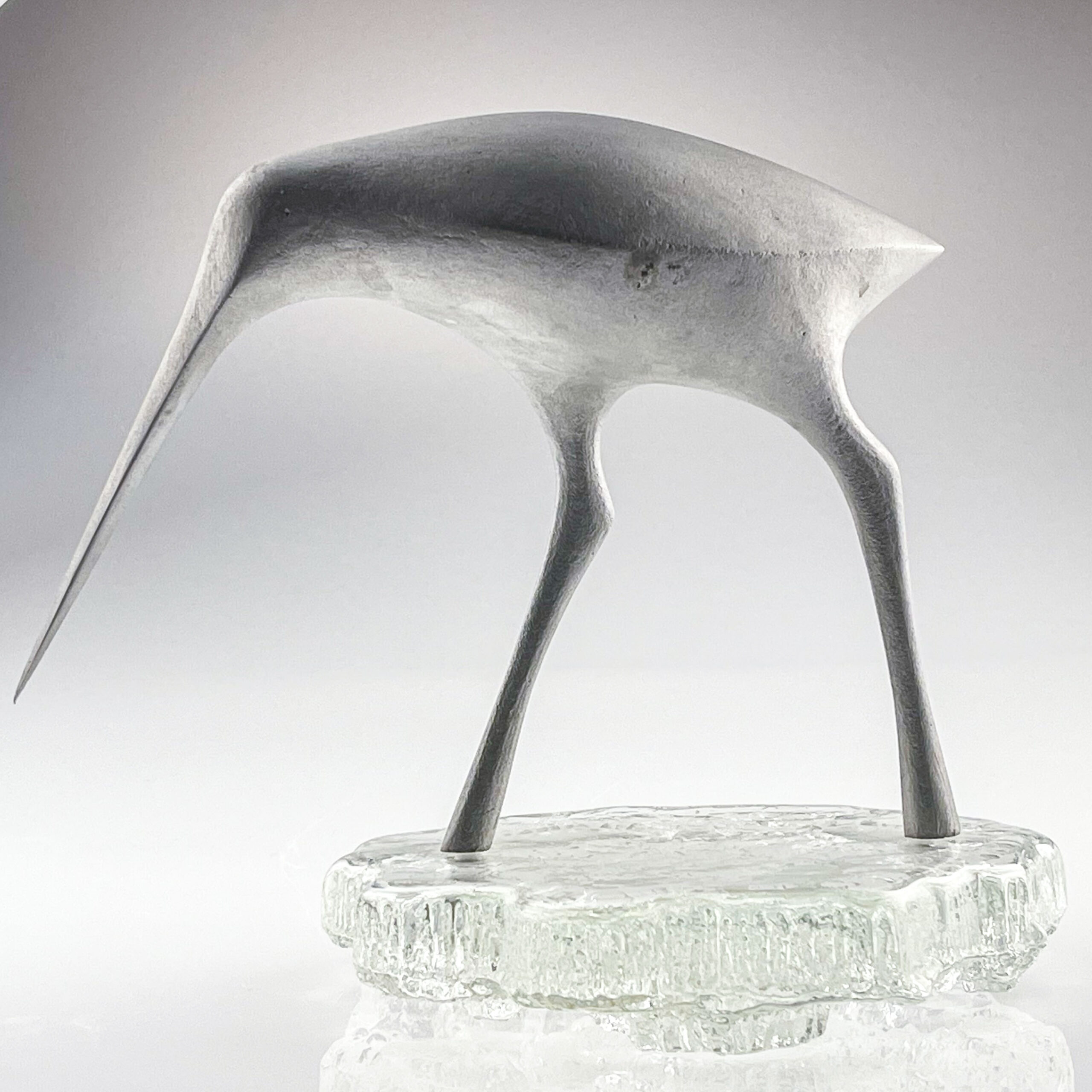 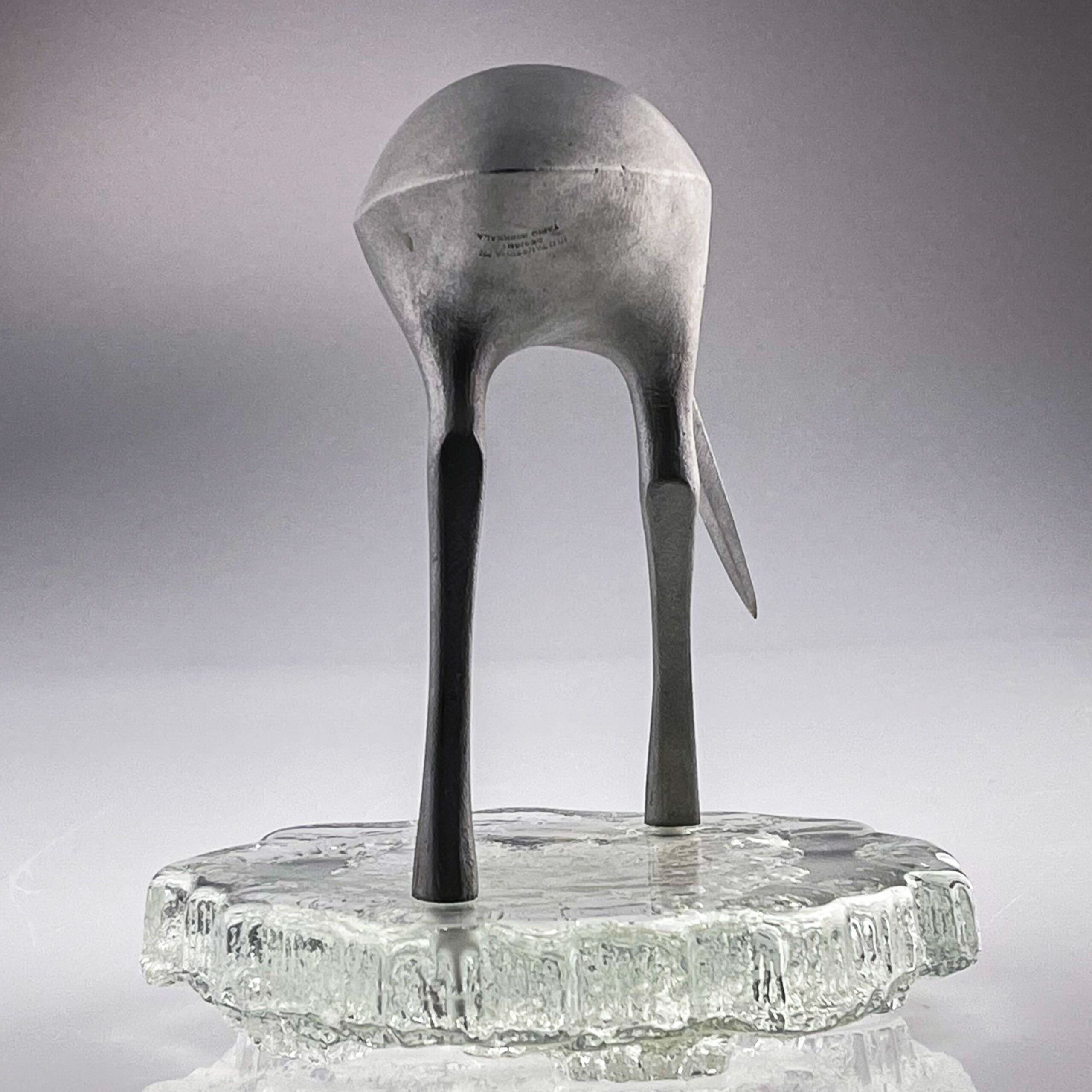 This particular sculpture was made of aluminium than painted with a silver coloured paint and is mounted on a glass mount. The sculpture is marked underneath the tail: Kultakeskus Oy Design: Tapio Wirkkala (see pictures). 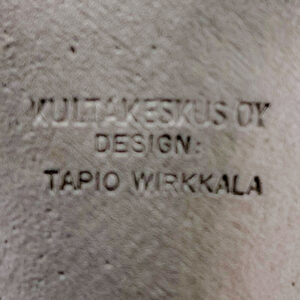 This Birdsculpture, TW 513 is in very good vintage condition. No malformations, some very minor scratches and a small stain on the side. All consistent with age and use. There are no cracks or chips on the base, some scratches underneath the base.