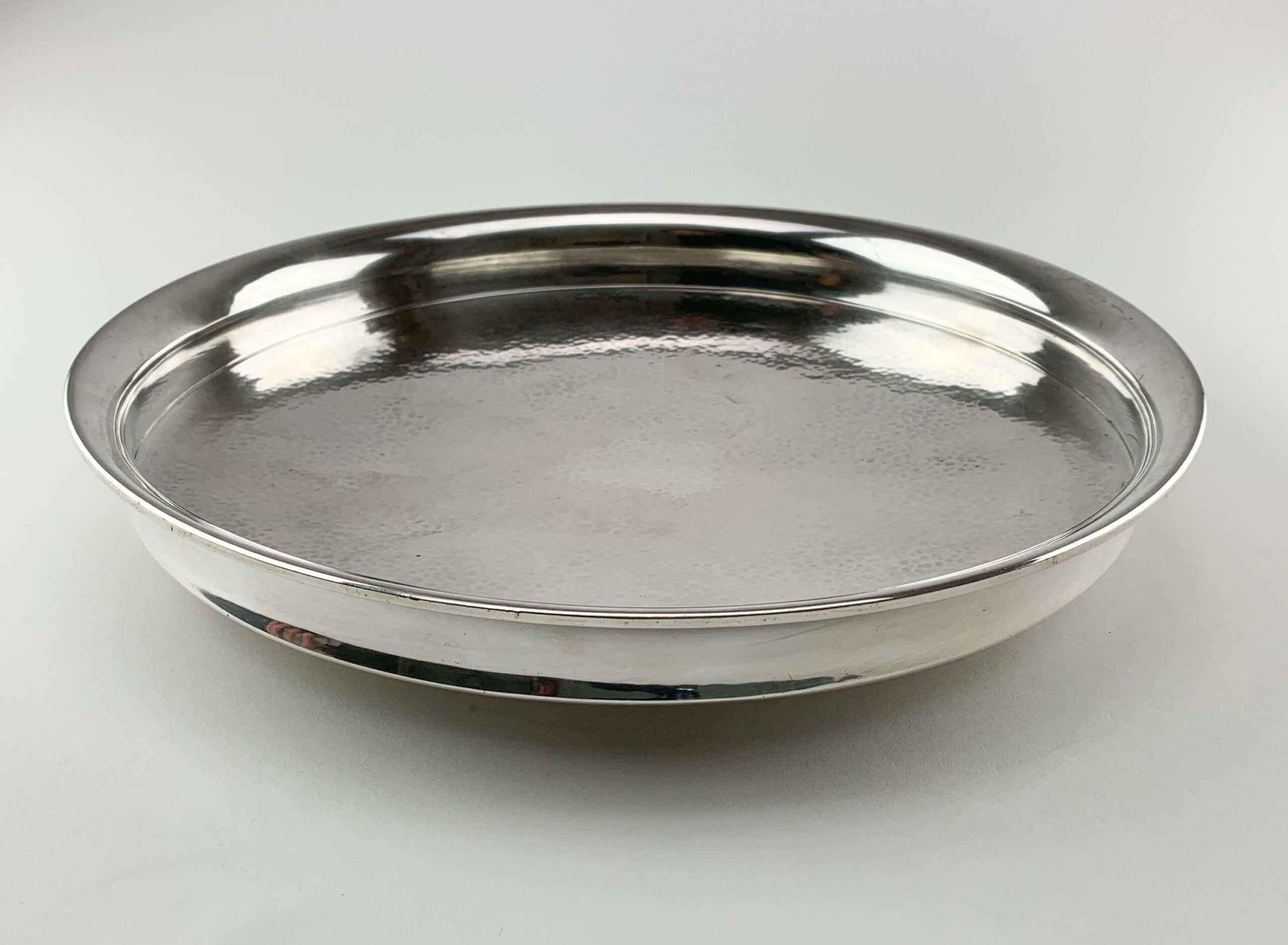 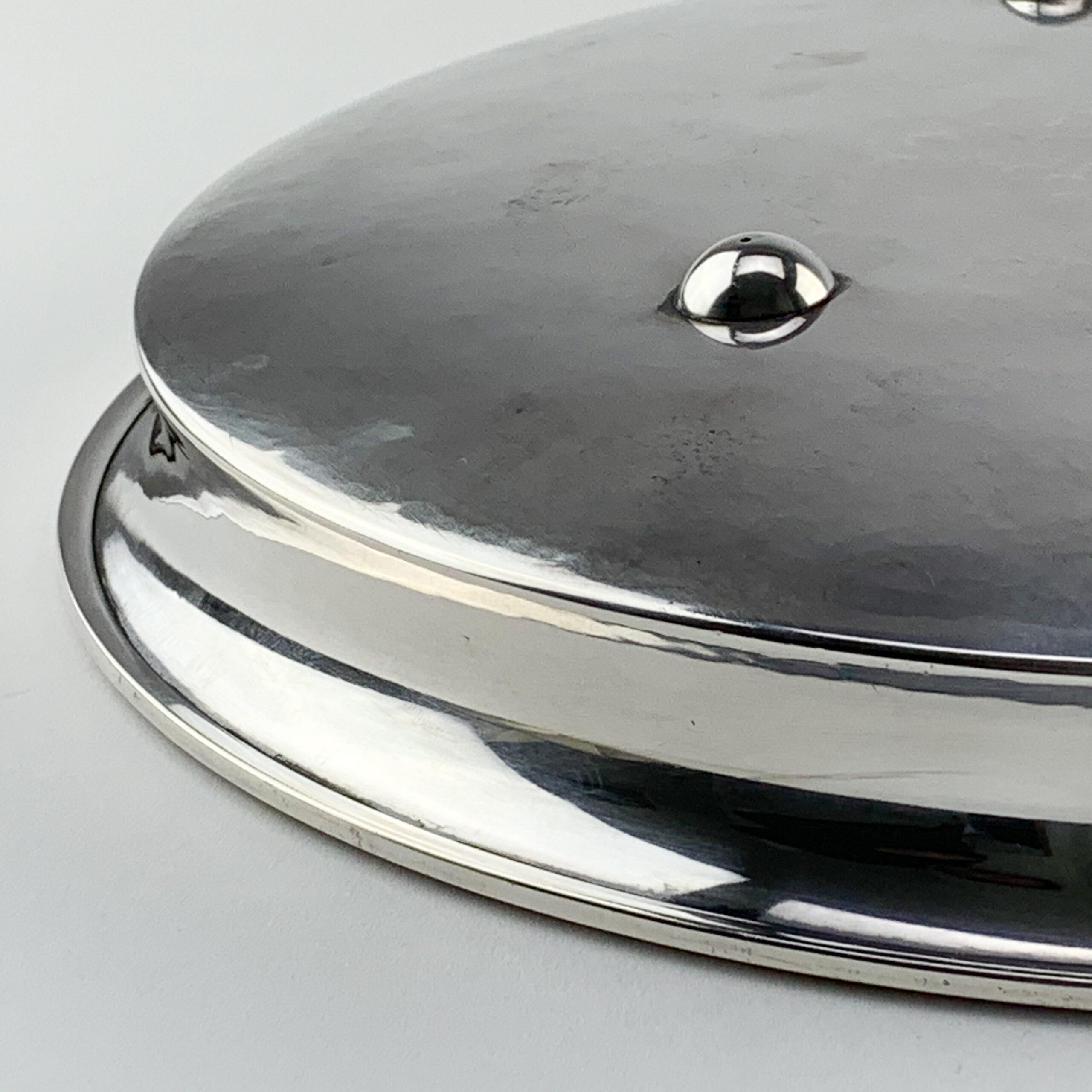 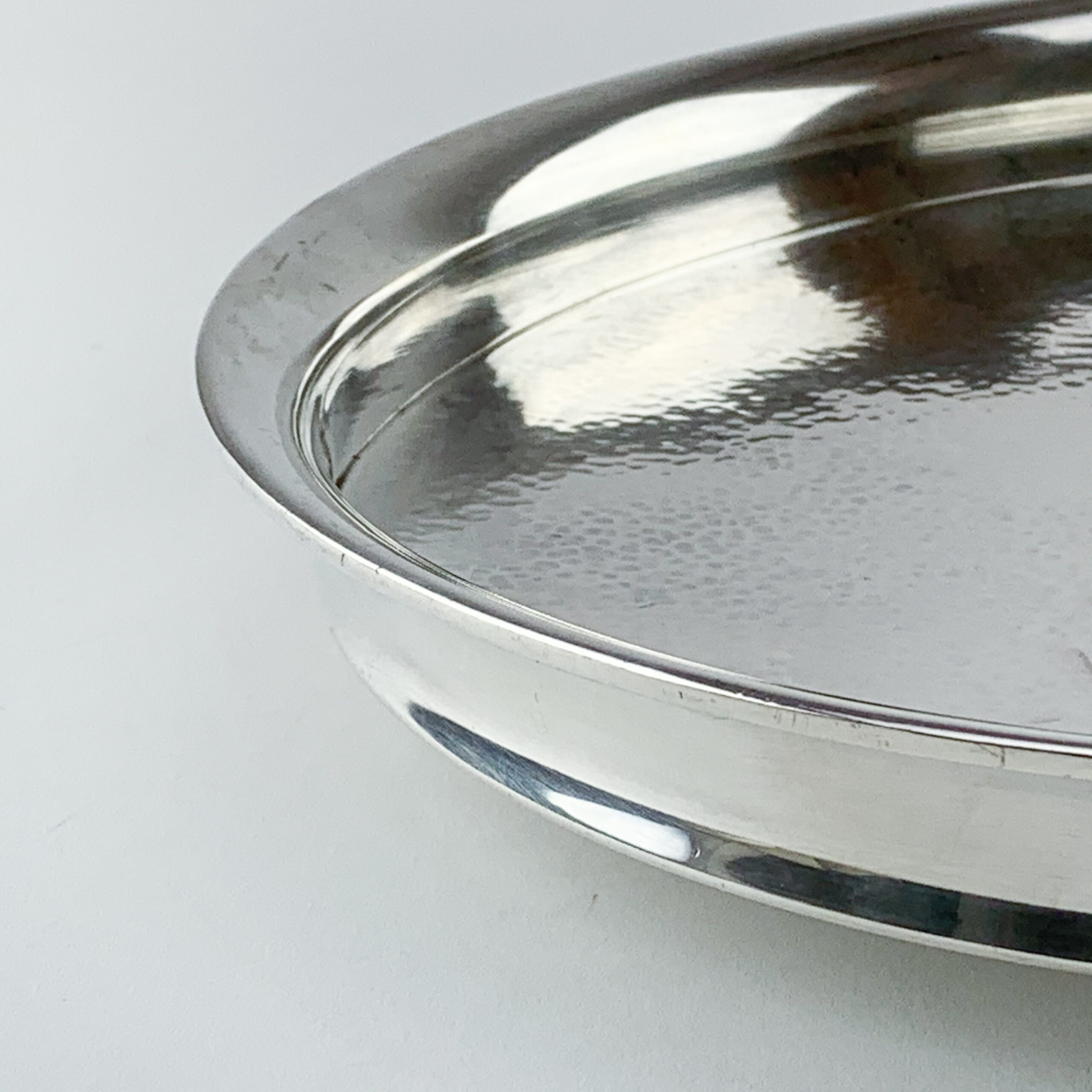 Early example: handcrafted by the craftsmen of Kultakeskus / Hopeakeskus Oy in 1965.

Silver fineness is 916  (916/1000). The inner surface of the dish has been hammered by hand. The rim plain, curved and moulded. Base is rounded, mounted on three half-ball supports (feet). 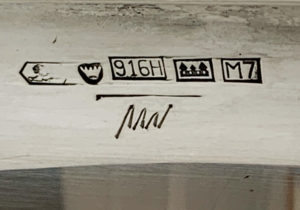