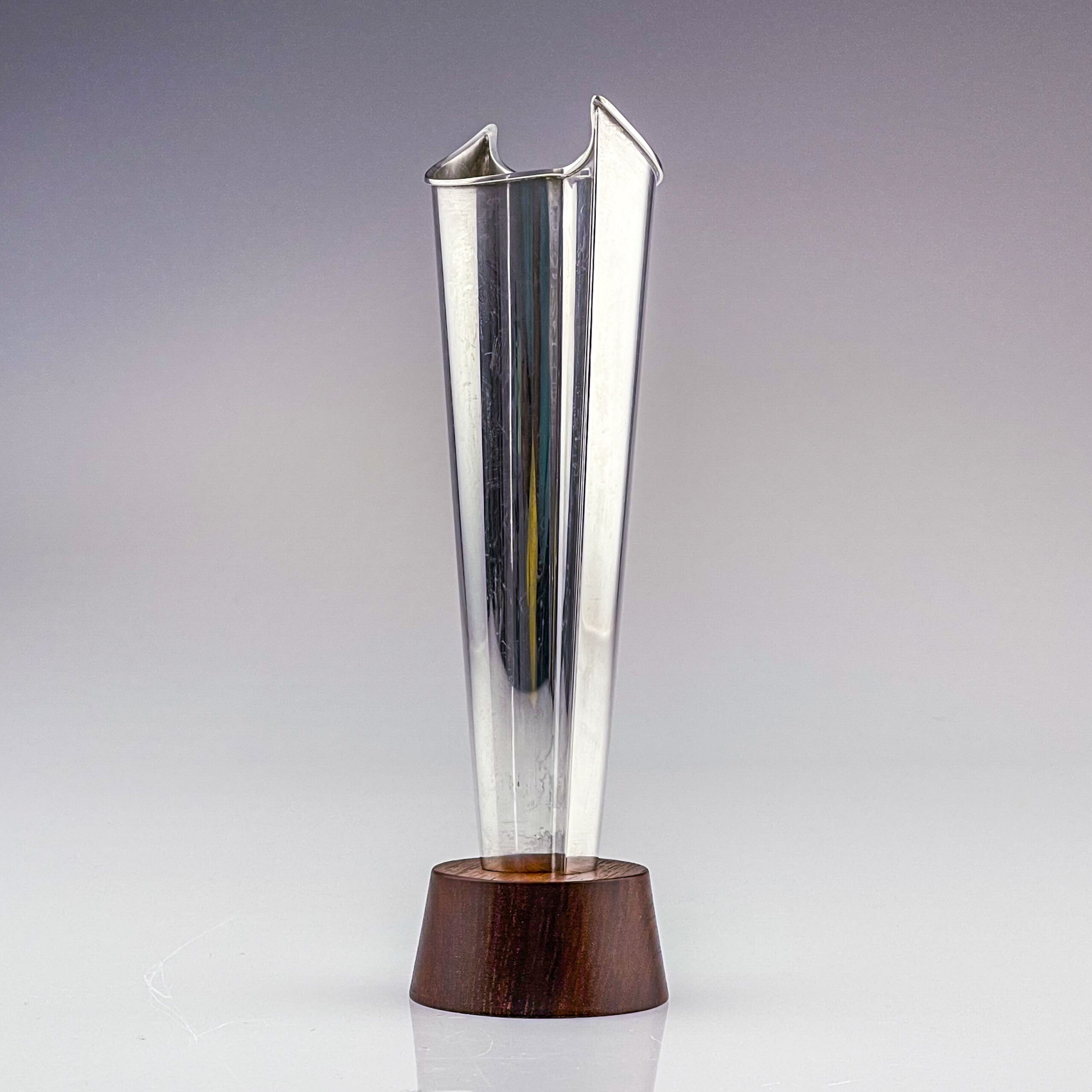 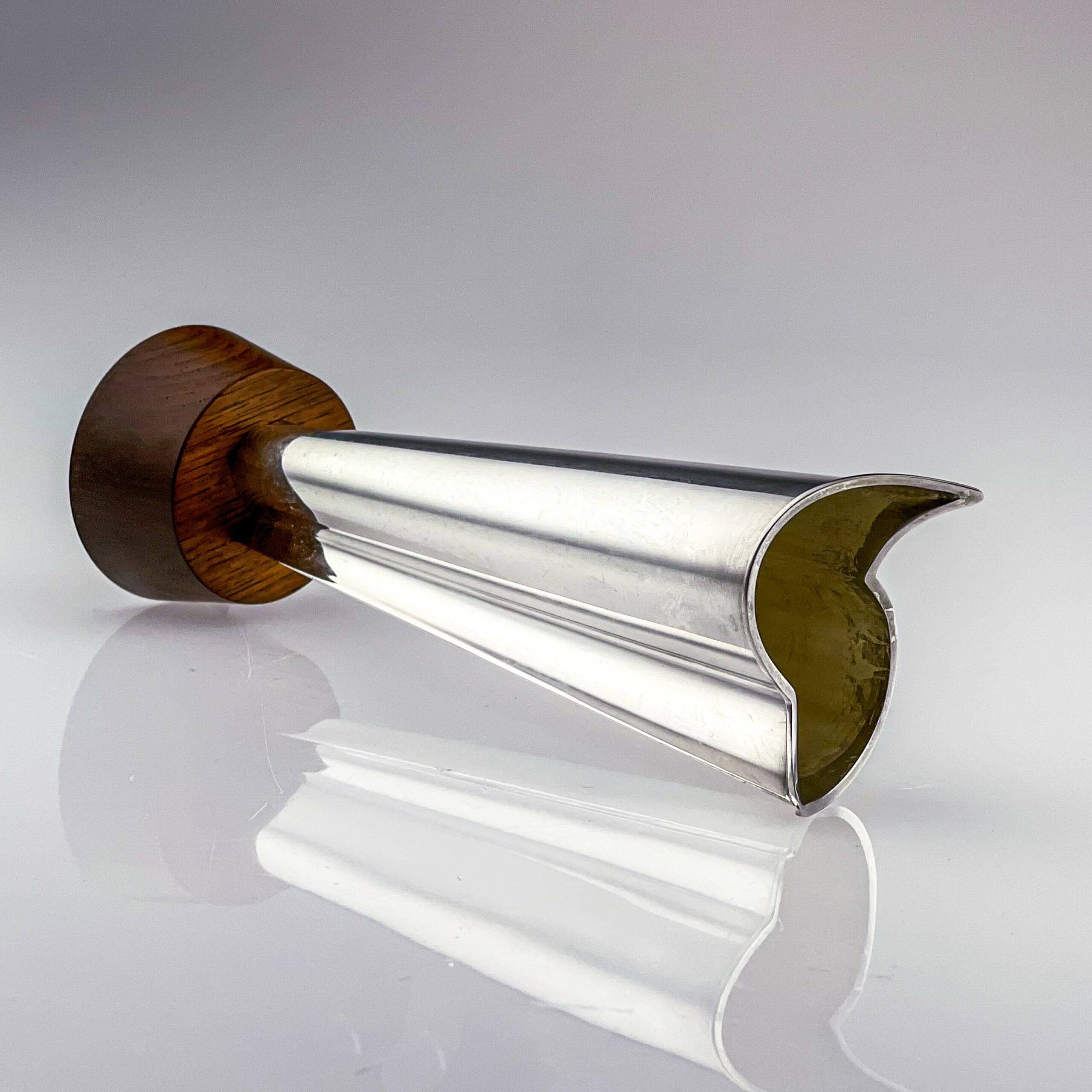 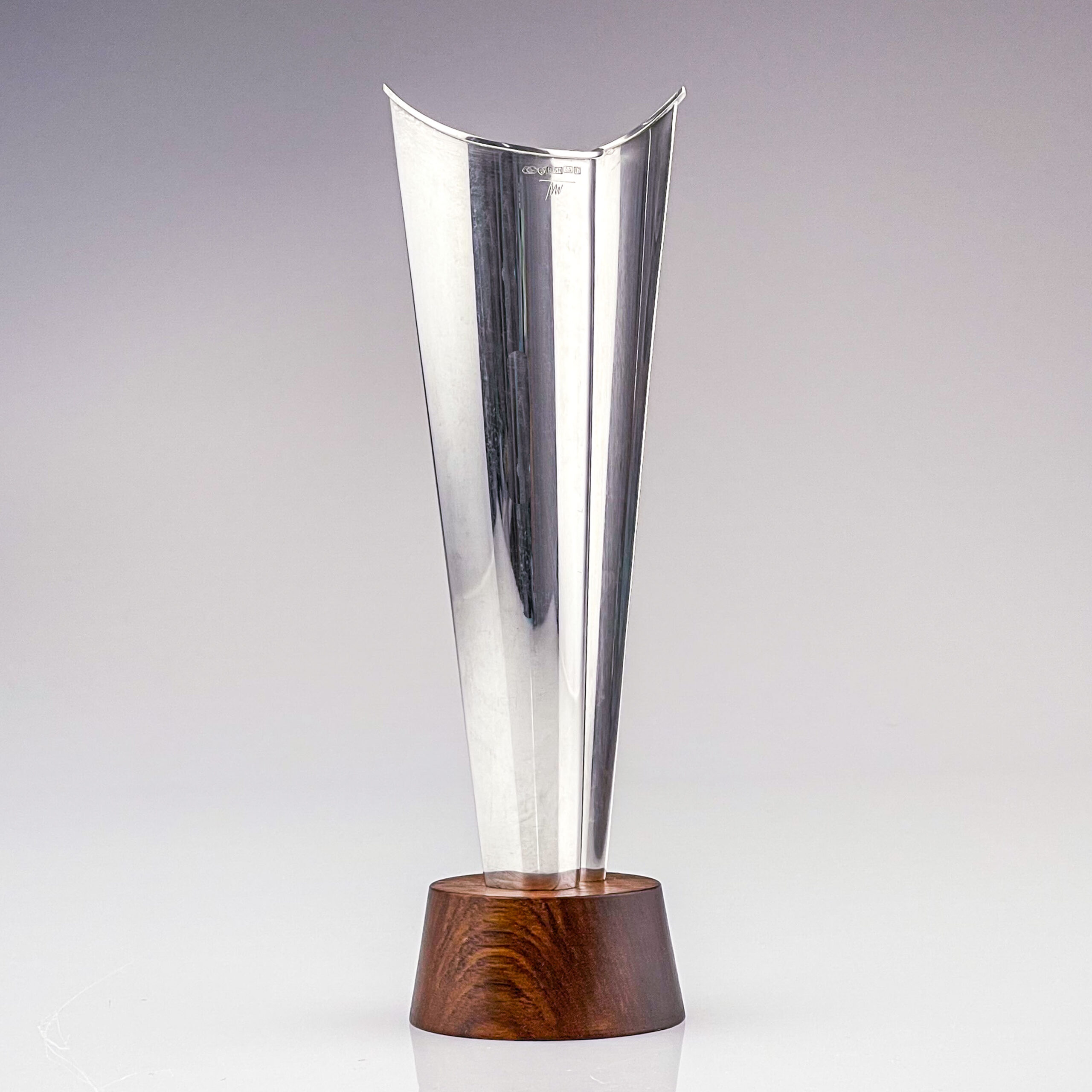 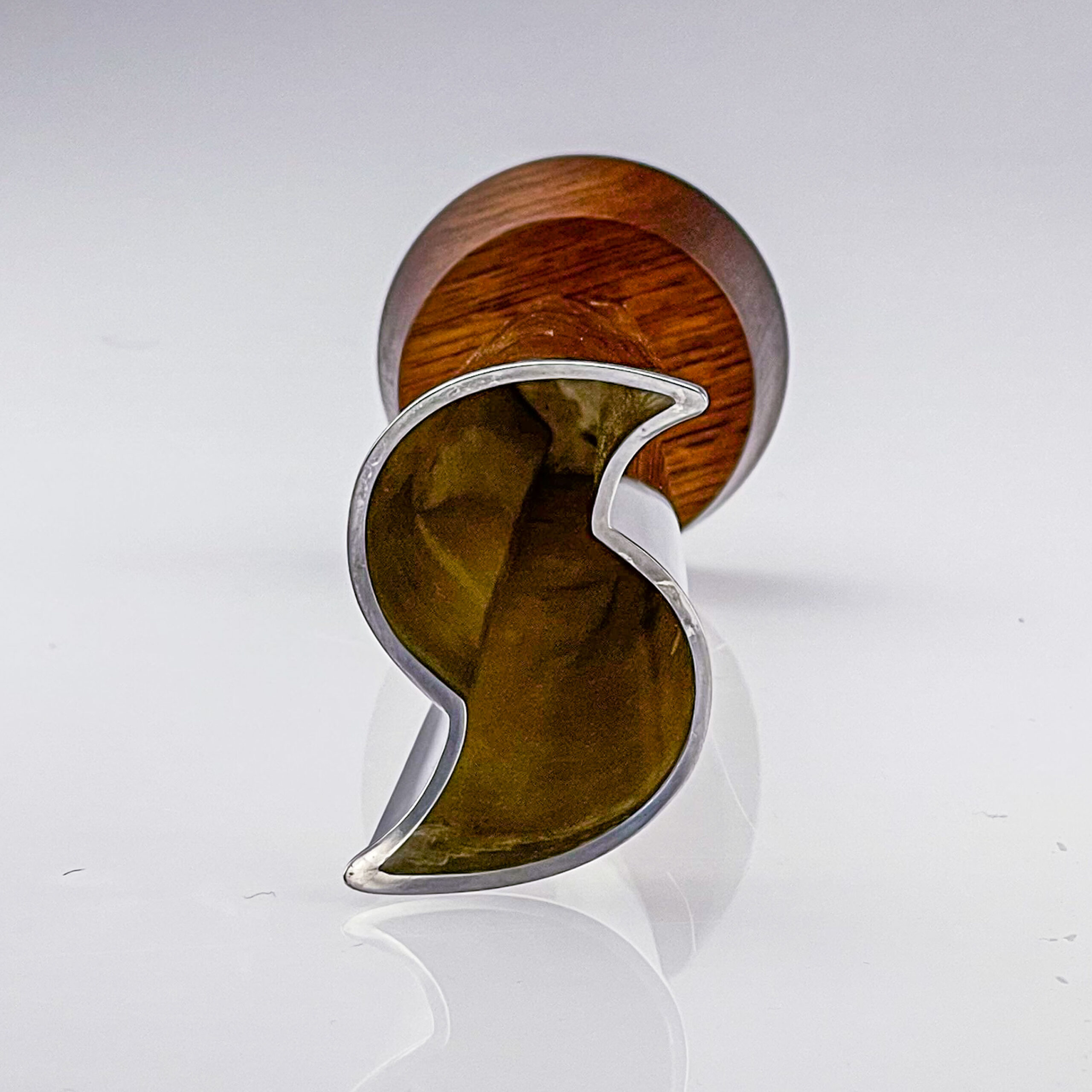 This beautiful piece, commenly referred to as the "Liekki" or "Flame", was designed by Tapio Wirkkala in 1960.

This example was executed by the caftsmen of Kultakeskus, Hämeenlinna Finland in 1962. Silver fineness is 916H (916/1000). This "Liekki" is fully hallmarked on one side. 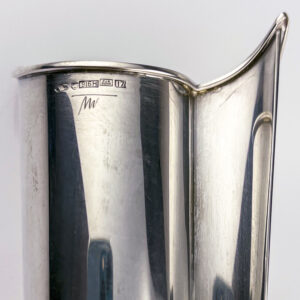