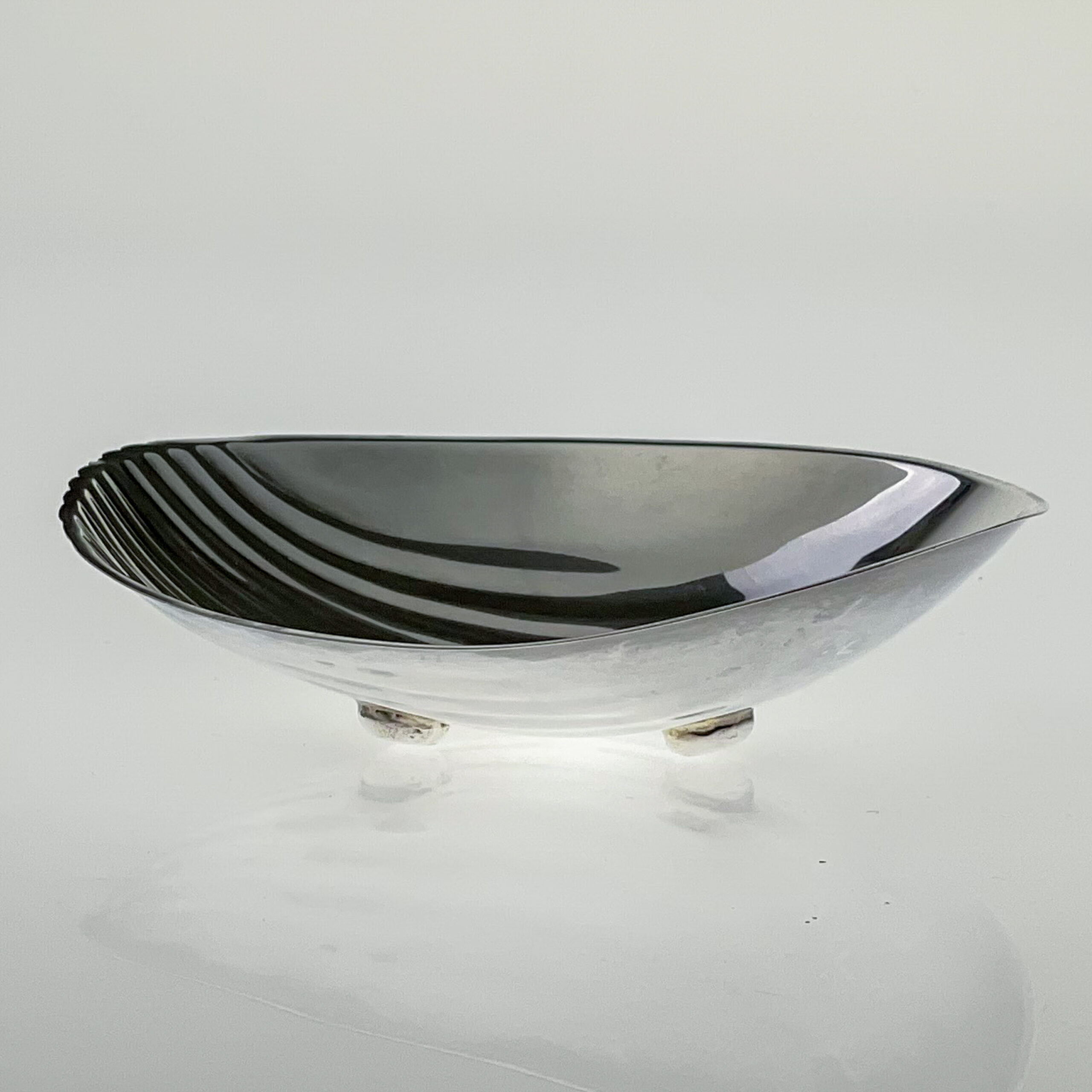 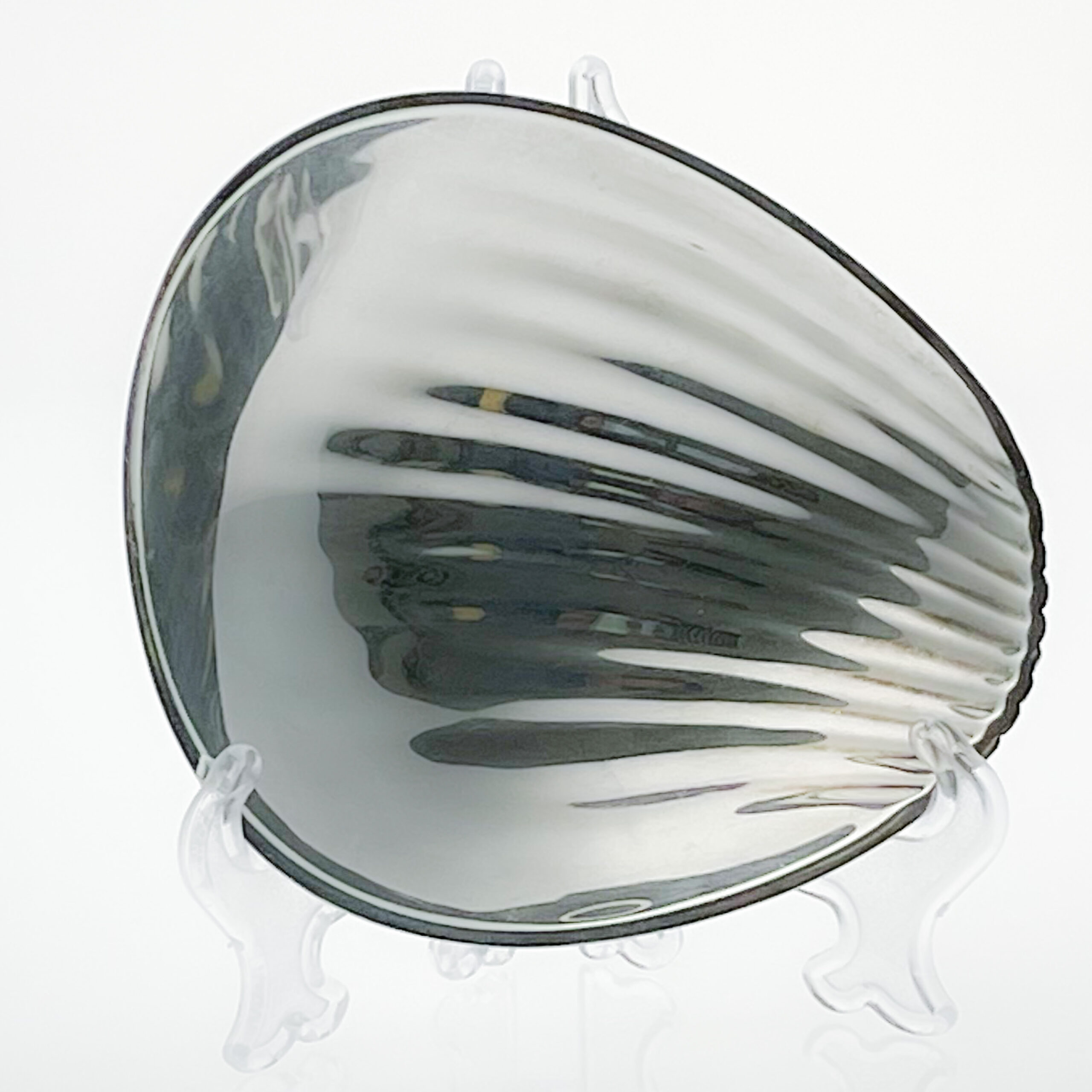 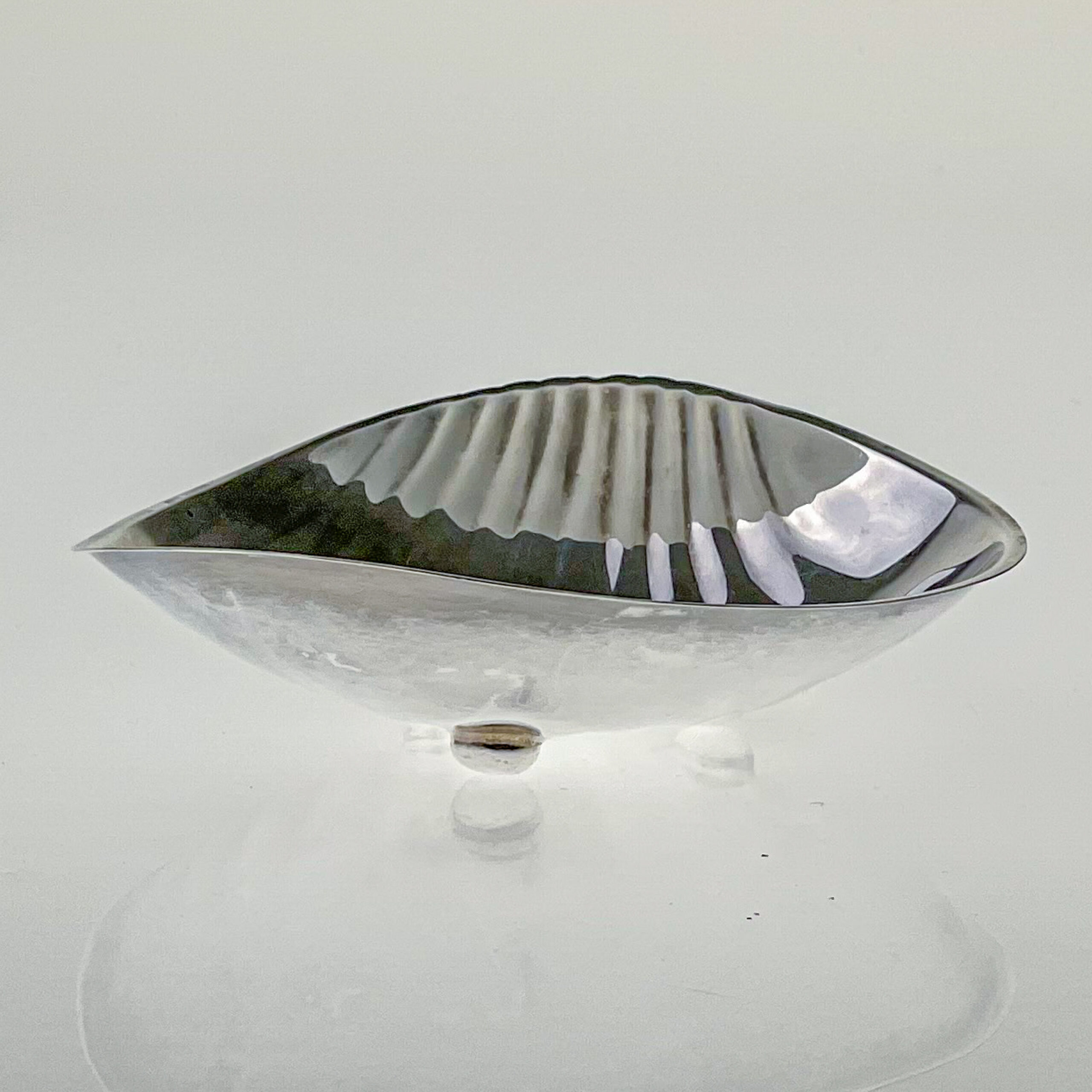 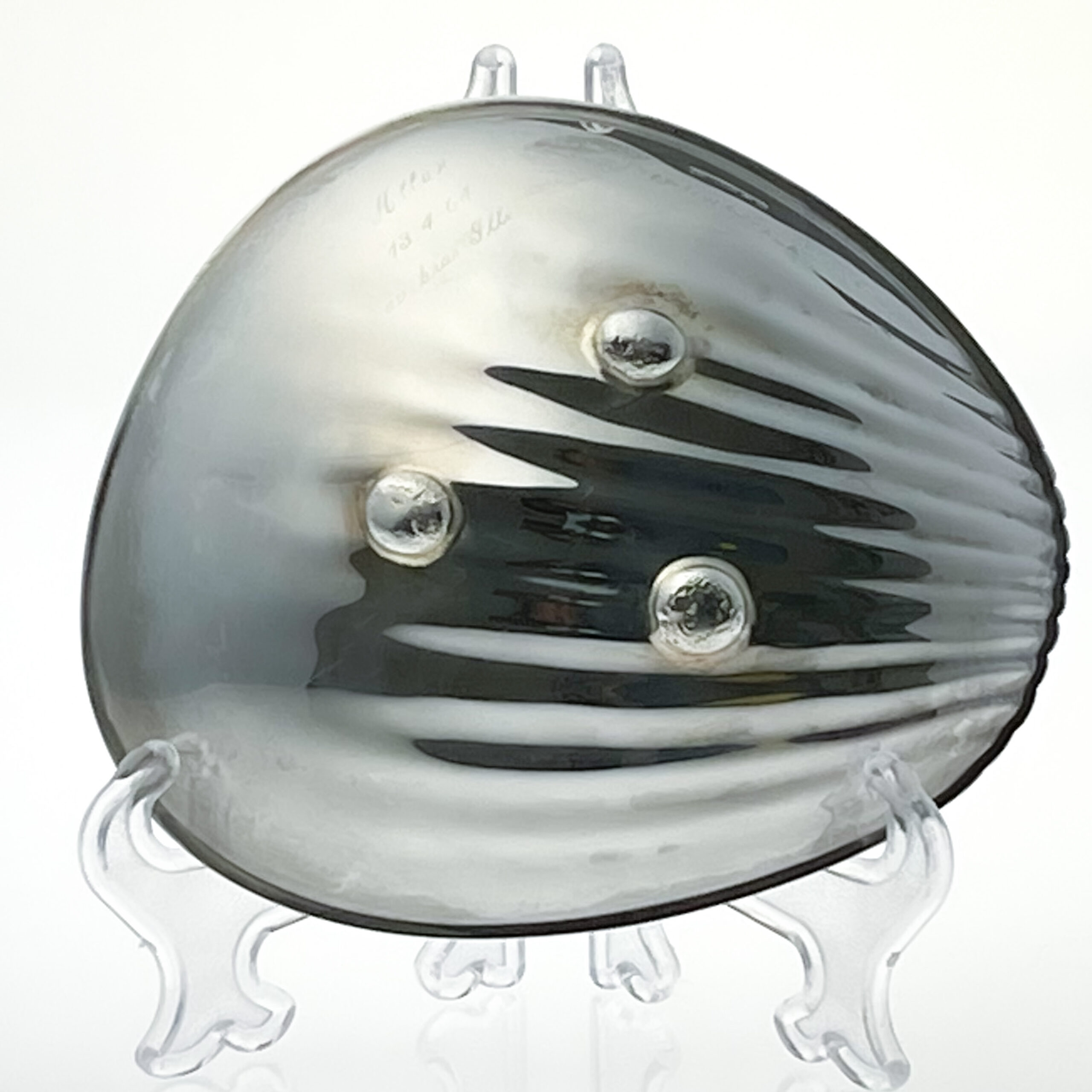 Small silver bowl in the form of an abstracted seashell, handmade by the craftsmen of Hopeatehdas Oy, Helsinki in 1960. Silver fineness is 813H (813/1000), weight 72 grams. The bowl has a rounded trianglar shape, a part of the surface has been hammered into waves resembling the surface of a seashell. The bowl itself is mounted on three half-ballfeet.

This bowl is in good vintage condition. No malformations, some minor scratches. Minor wear consistent with age and use, most noticable on the ballfeet that are somewhat dented. The bowl bears a personalised engraving on the reverse side (not visuable when placed on a table). 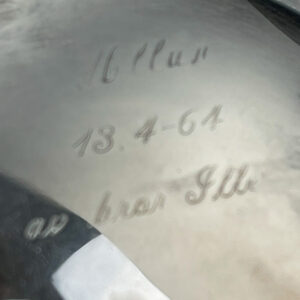 Marianne Aav, TAPIO WIRKKALA eye, hand and thought: p. 165: interestingly to mention is that is one of the very few pieces of Wirkkala design that are mentioned in this Catalogue Raissonee but not illustrated in it. The documentations for the designs Wirkkala made for Hopeatehdas were lost. This is the reason this piece also has no modelnumber. 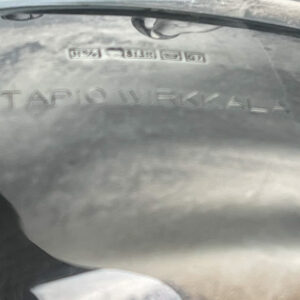