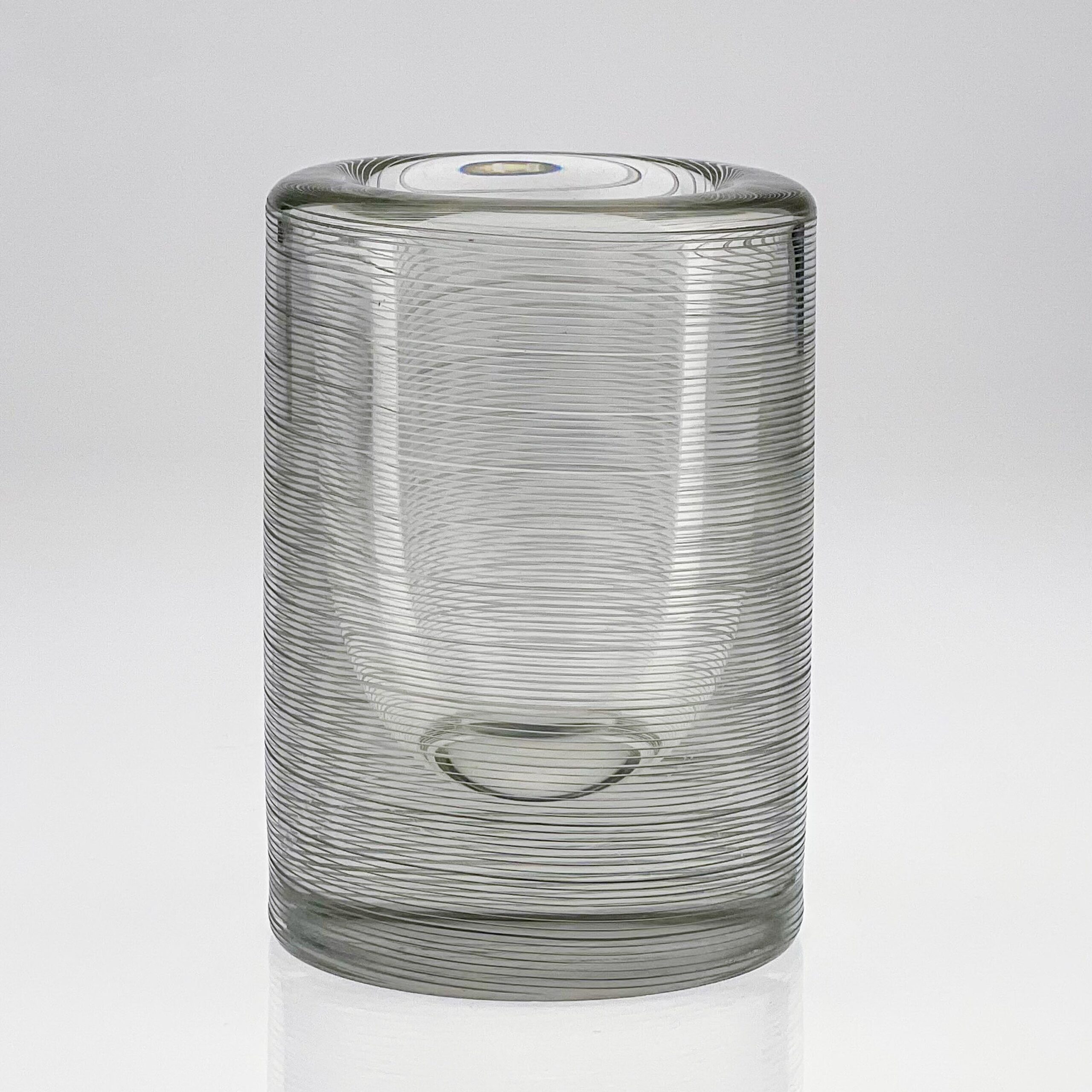 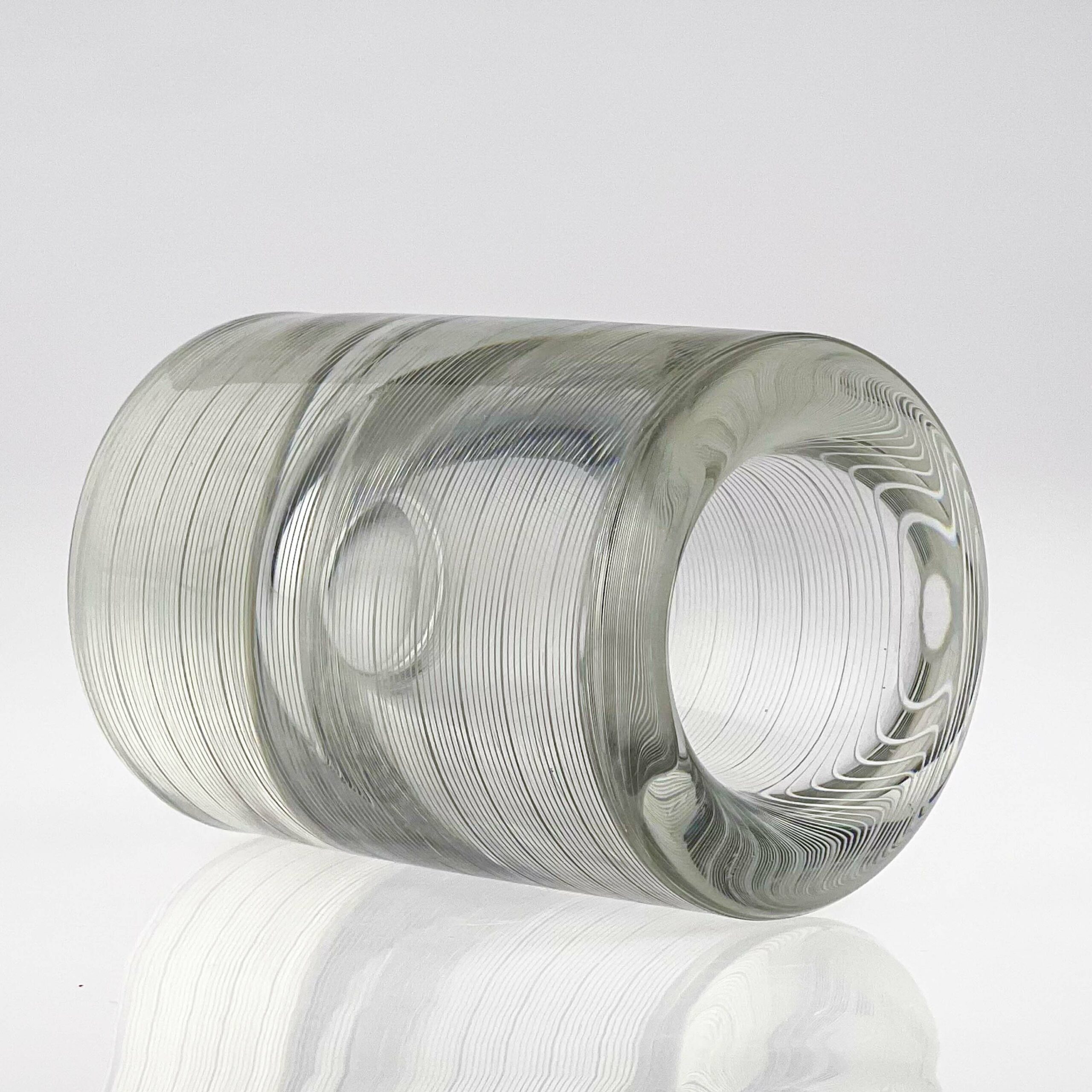 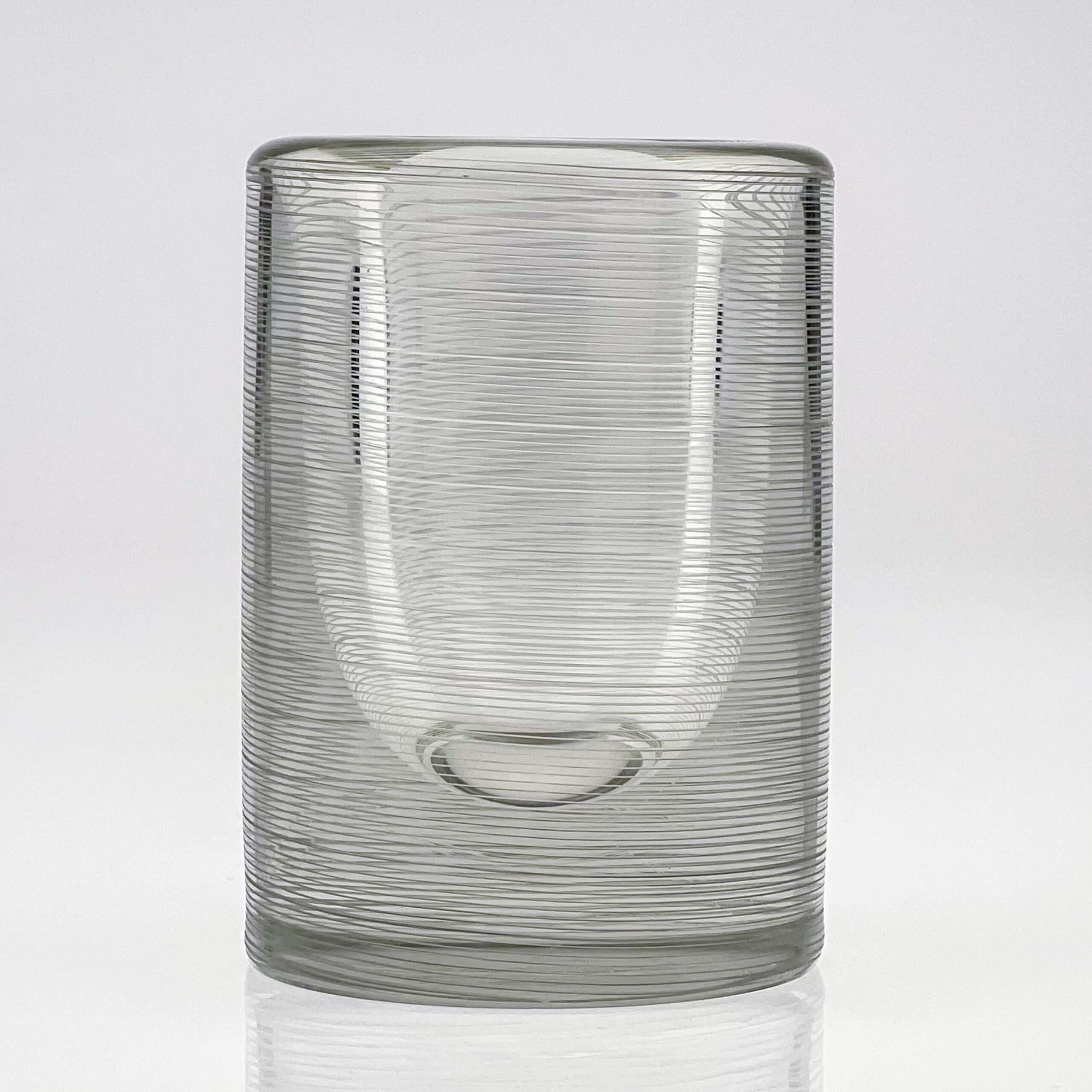 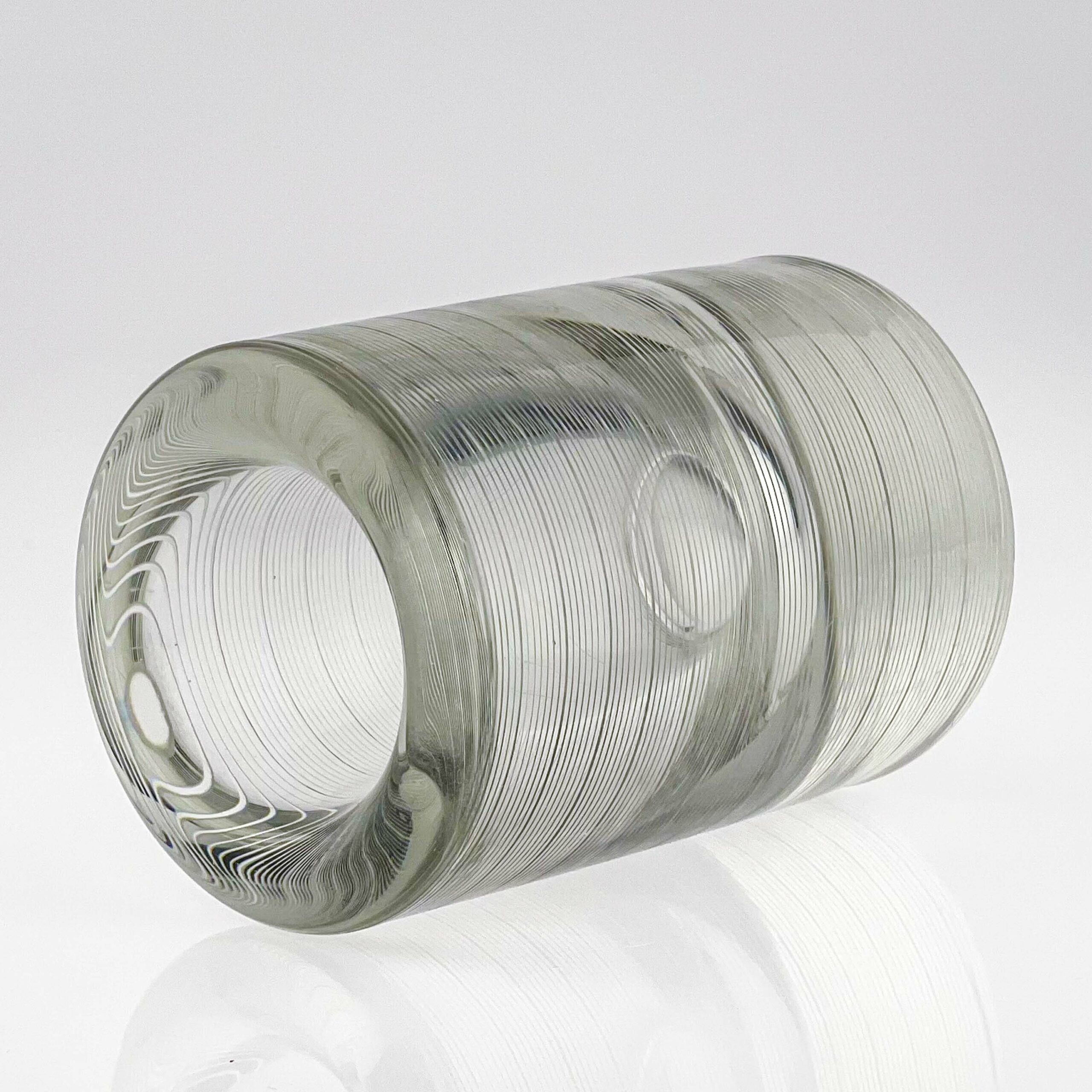 A Turned-mold blown crystal Art-object, model 3121. The air bubble was made with a wet wooden stick and the exterior was line cut. This model was designed by Tapio Wirkkala in 1956 and remained in production at the Iittala glassworks between 1956 and 1958.

The model was produced in three different sizes (5 cm, 7.5 cm and 13.5 cm) and this is the largest size produced. It is marked underneath the base in diamondpen: Tapio Wirkkala Iittala 58 (1958).

Price including VAT: On Hold

Signed in diamondpen underneath the base: Tapio Wirkkala - Iittala 58 (1958) 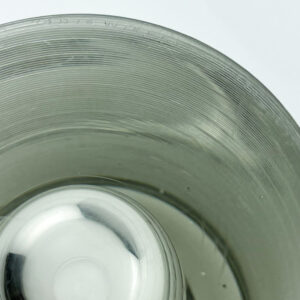