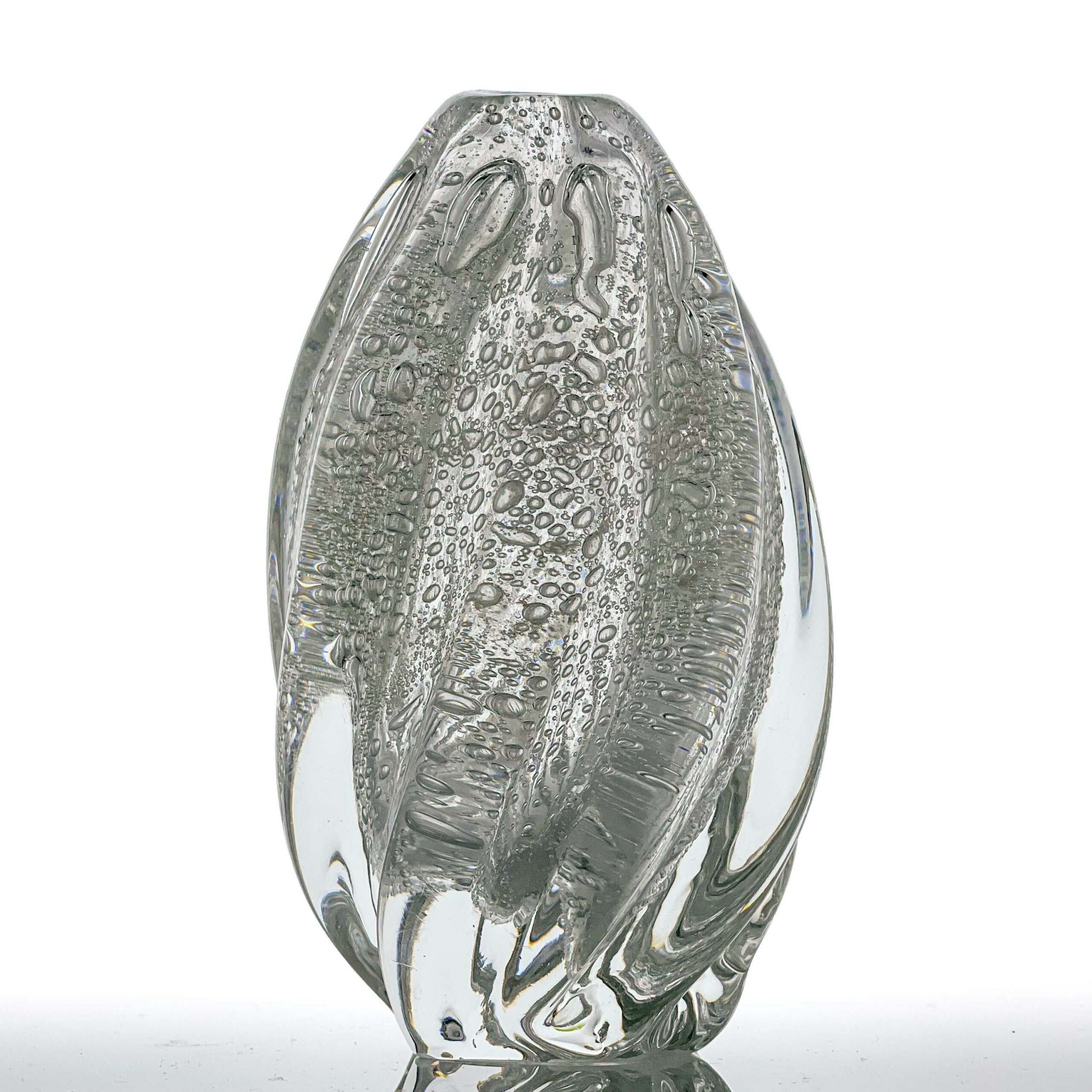 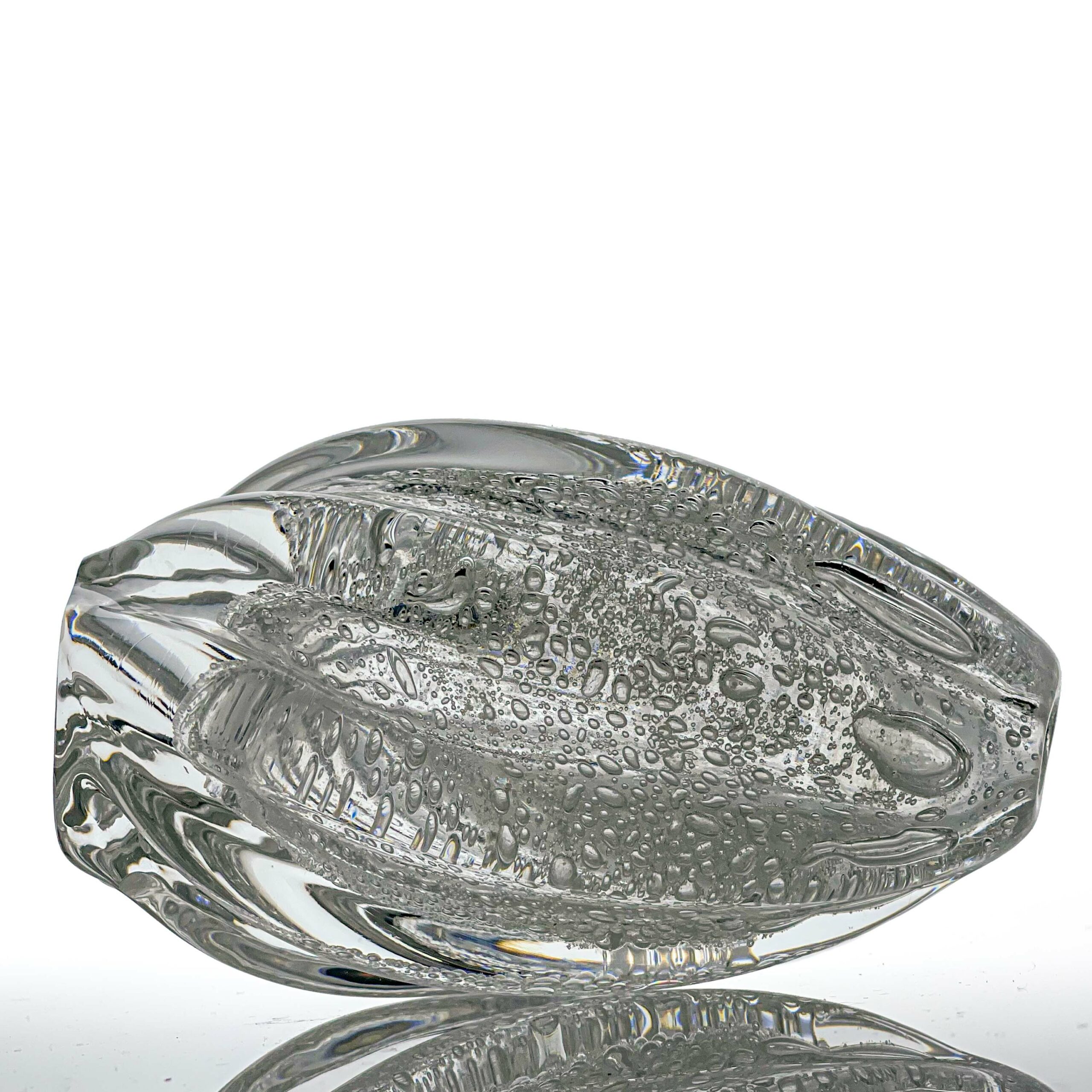 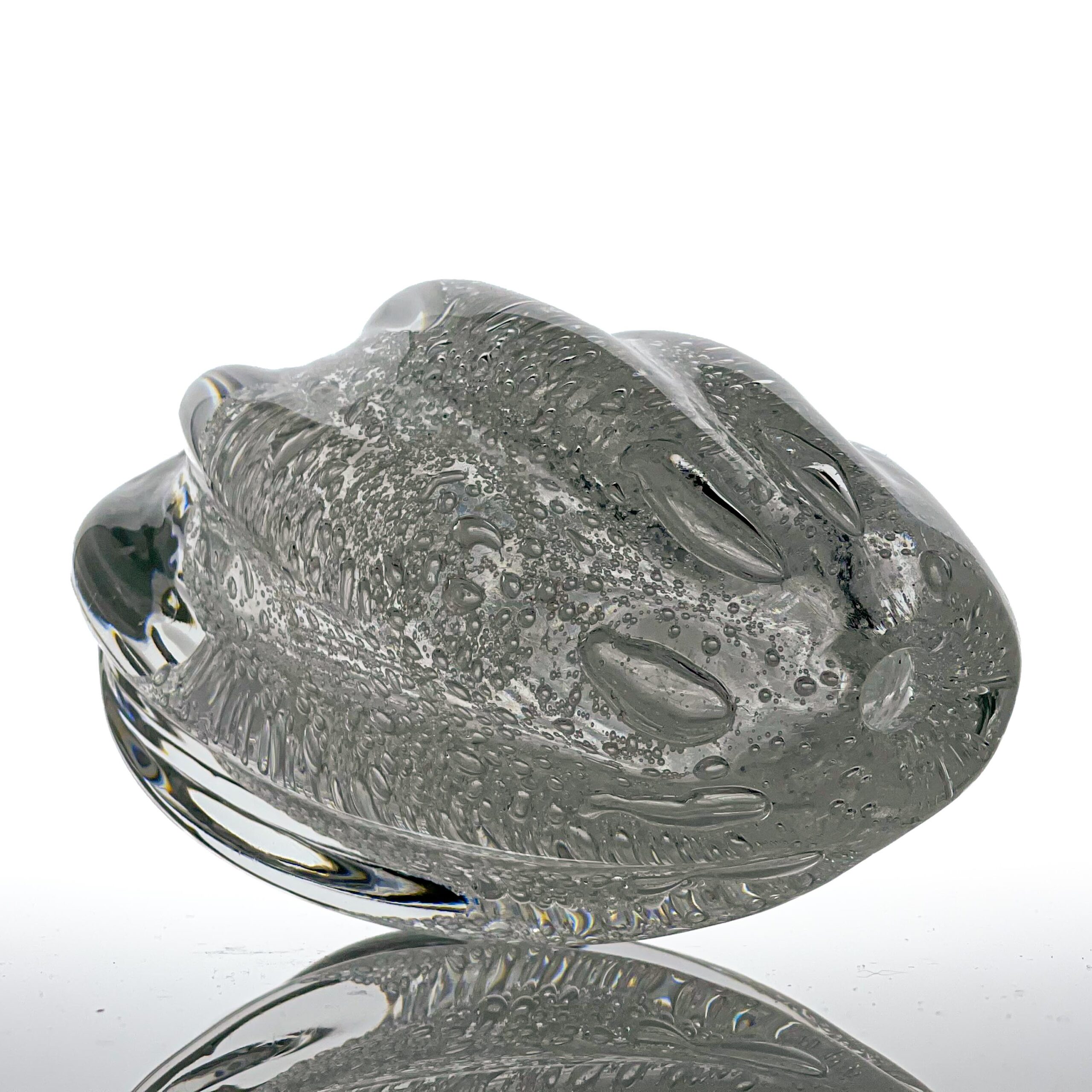 Mold blown, crystal Art-object with sodium bubbles, model 3242. Designed by Tapio Wirkkala in 1948. This model was only produced for two years, namely 1948 or 1949 by the craftsmen at the Iittala glassworks in Finland.

The glassmass was blown in a special mold after which it was formed in the final shape while still hot. The bubbles in the glass were created by adding sodium into the glassmass. These particals would chemically react and form bubbles. 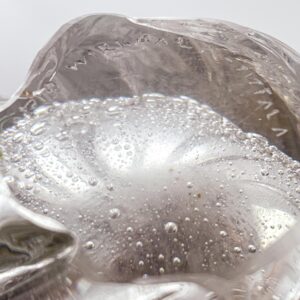