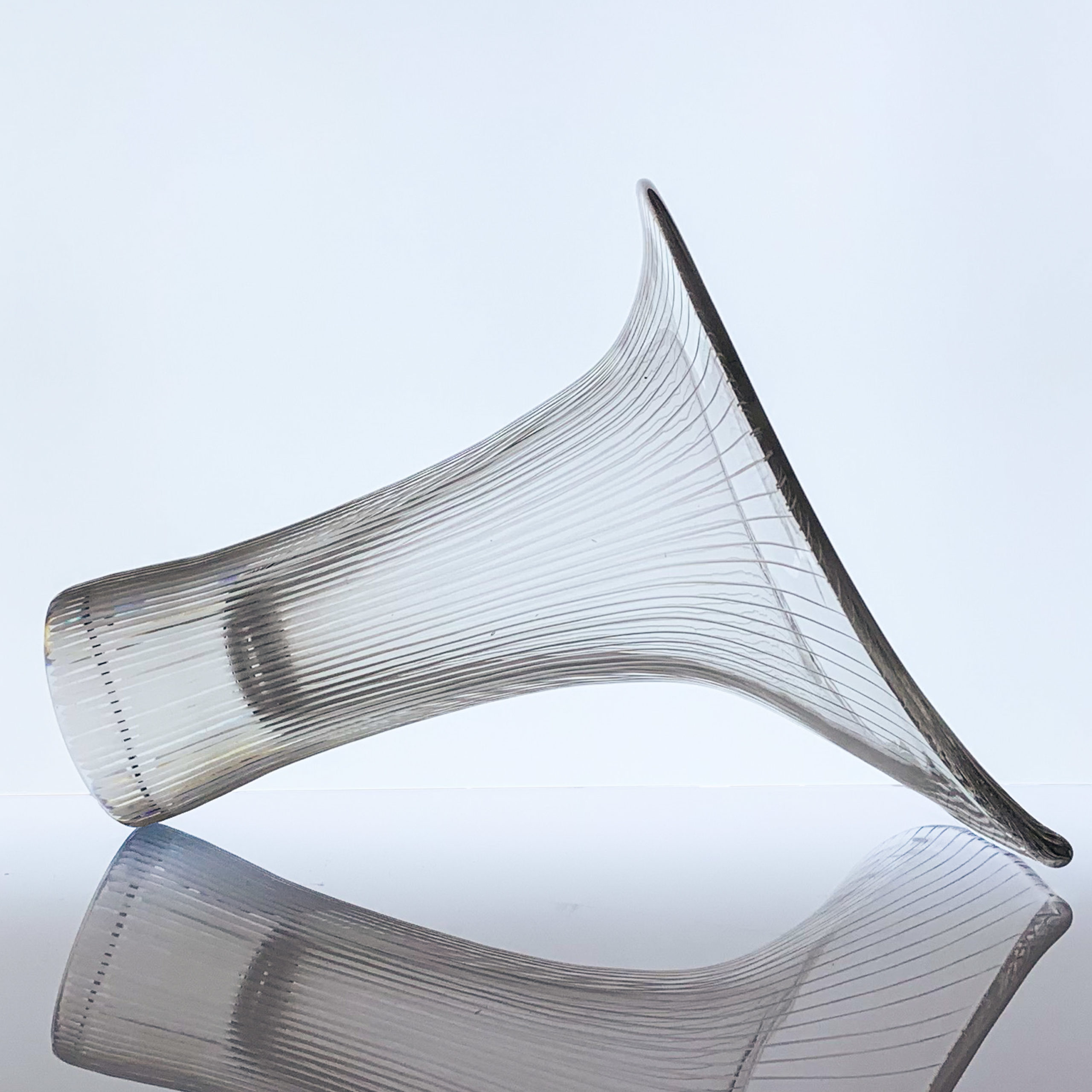 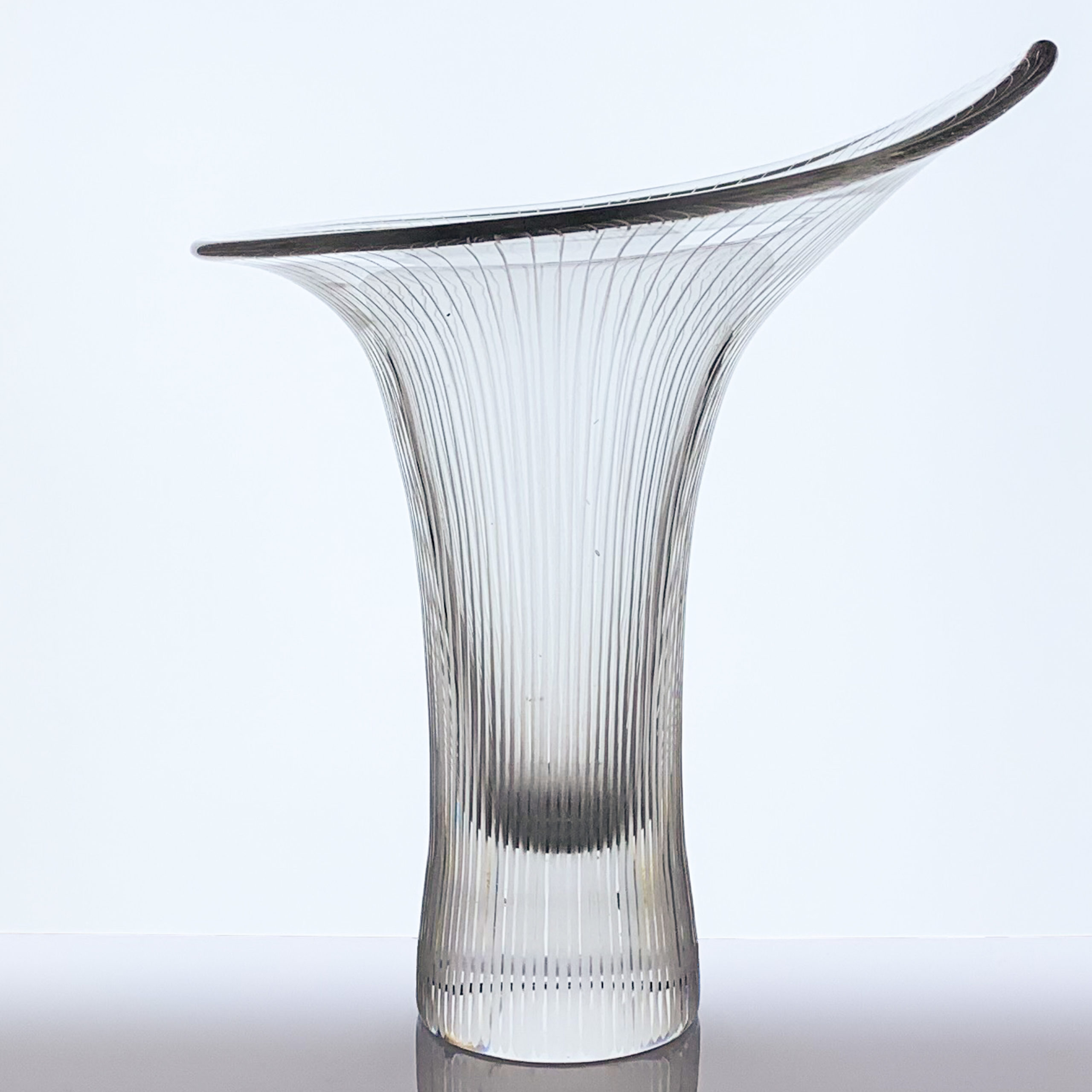 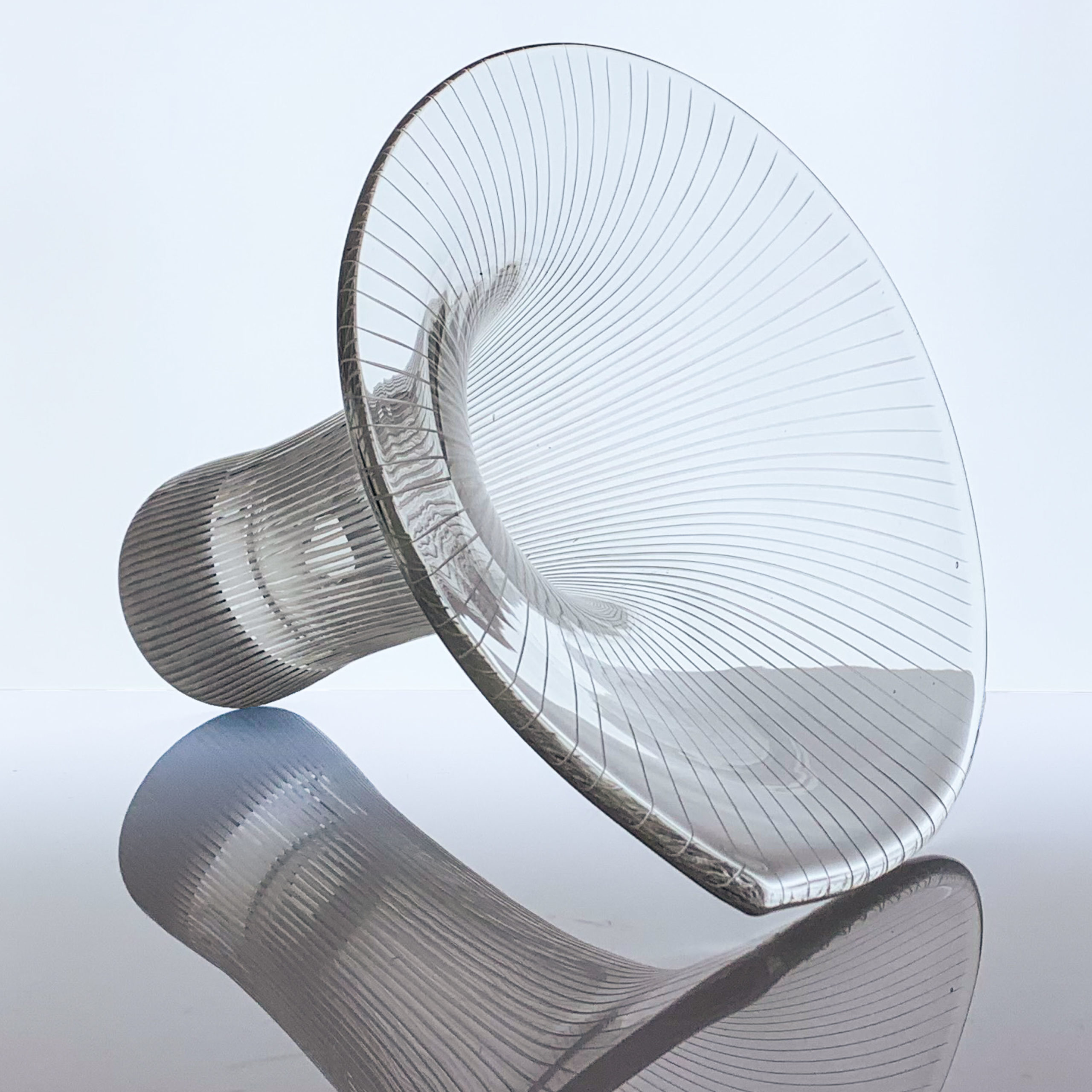 This object has been in production between 1948 and 1960 and 1981 onward in numbered series. This particular Kanterelli is the largest size in serial production, measuring 21 cm in height. 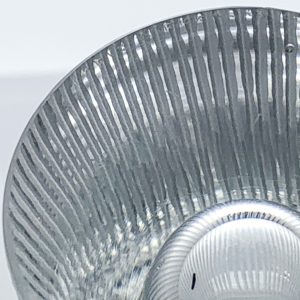 This art object is in good condition. Some scratches underneath the base.  Several tiny air bubbles captured in the crystal. 1 small scratch underneath the chalice. No chips or cracks.