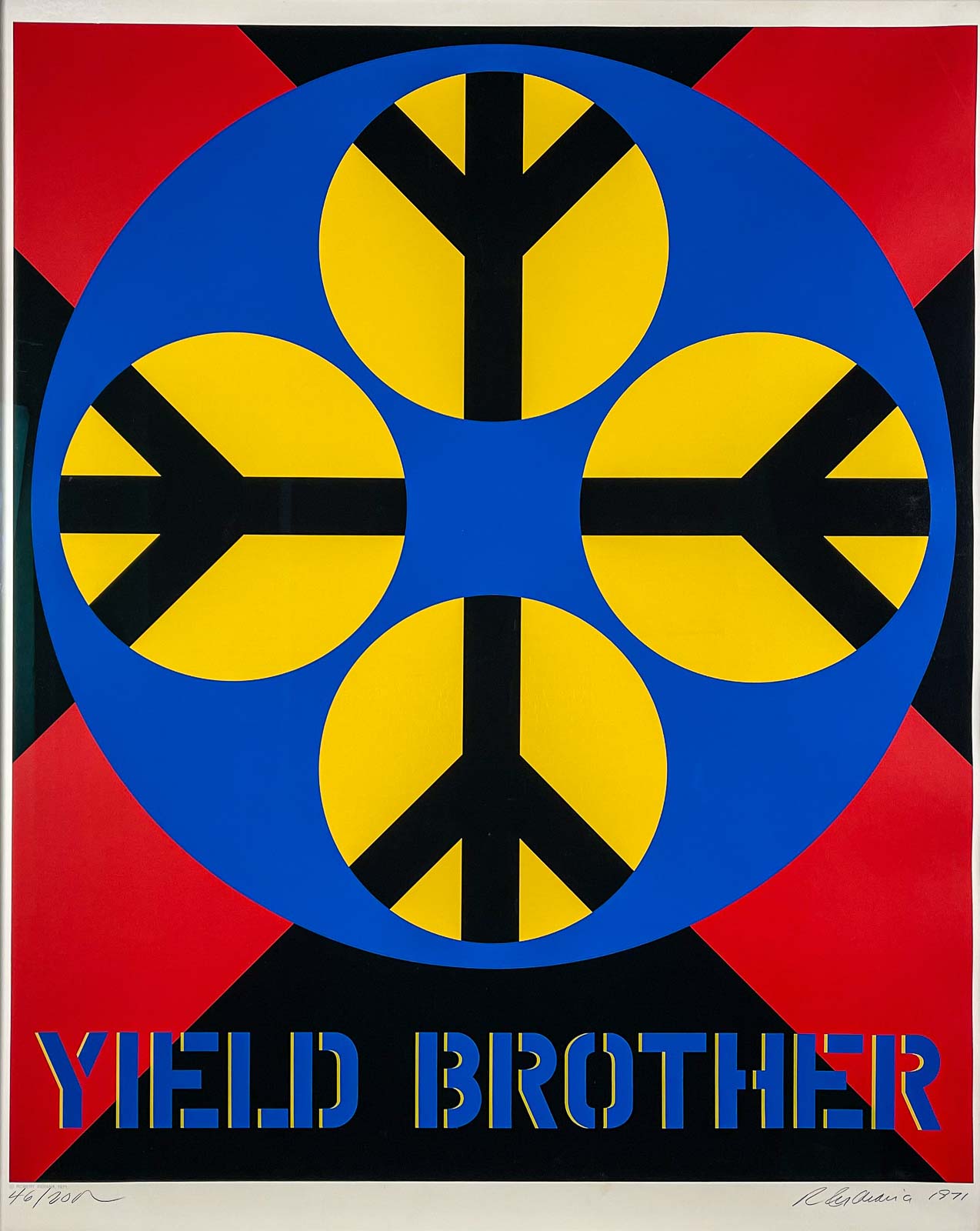 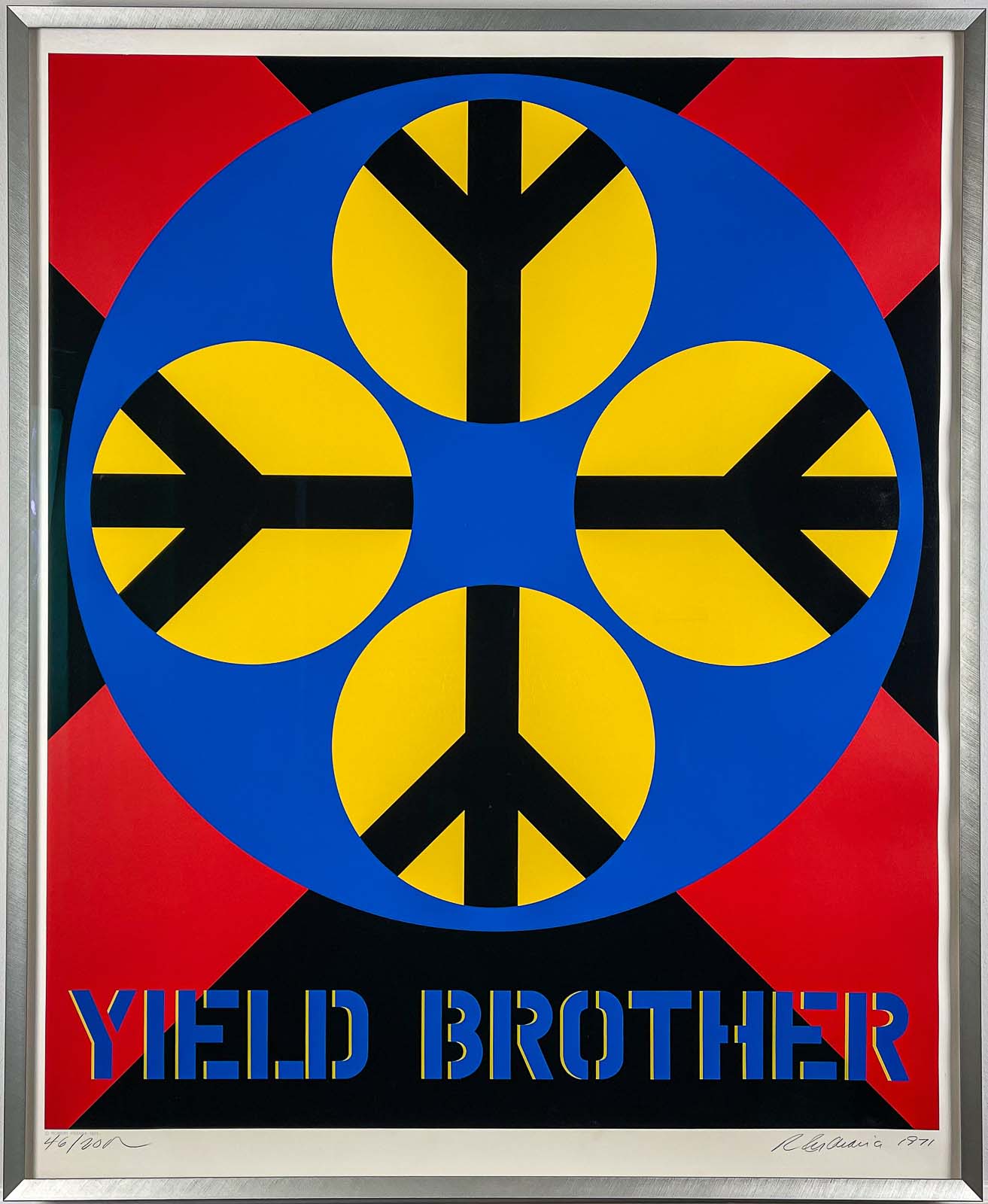 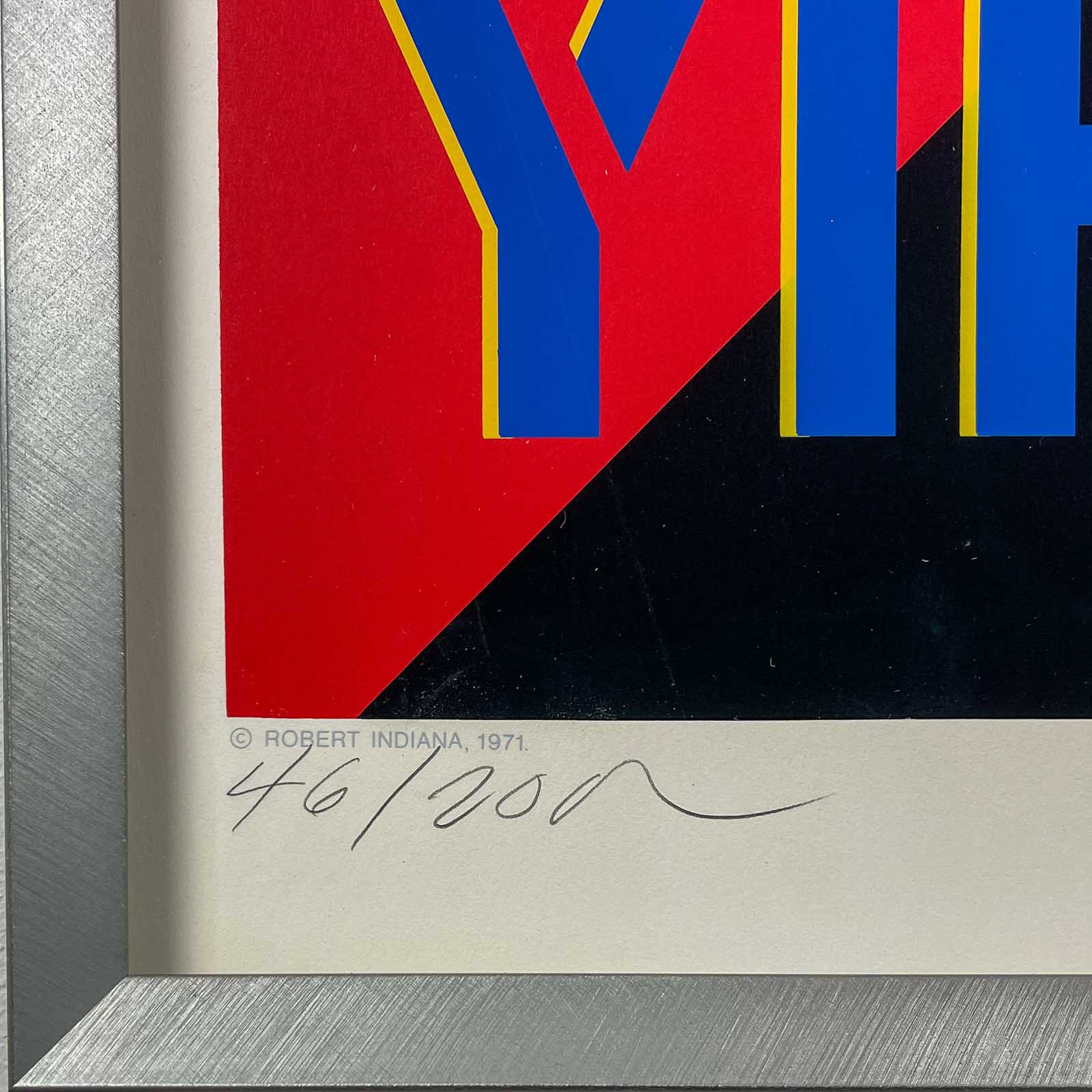 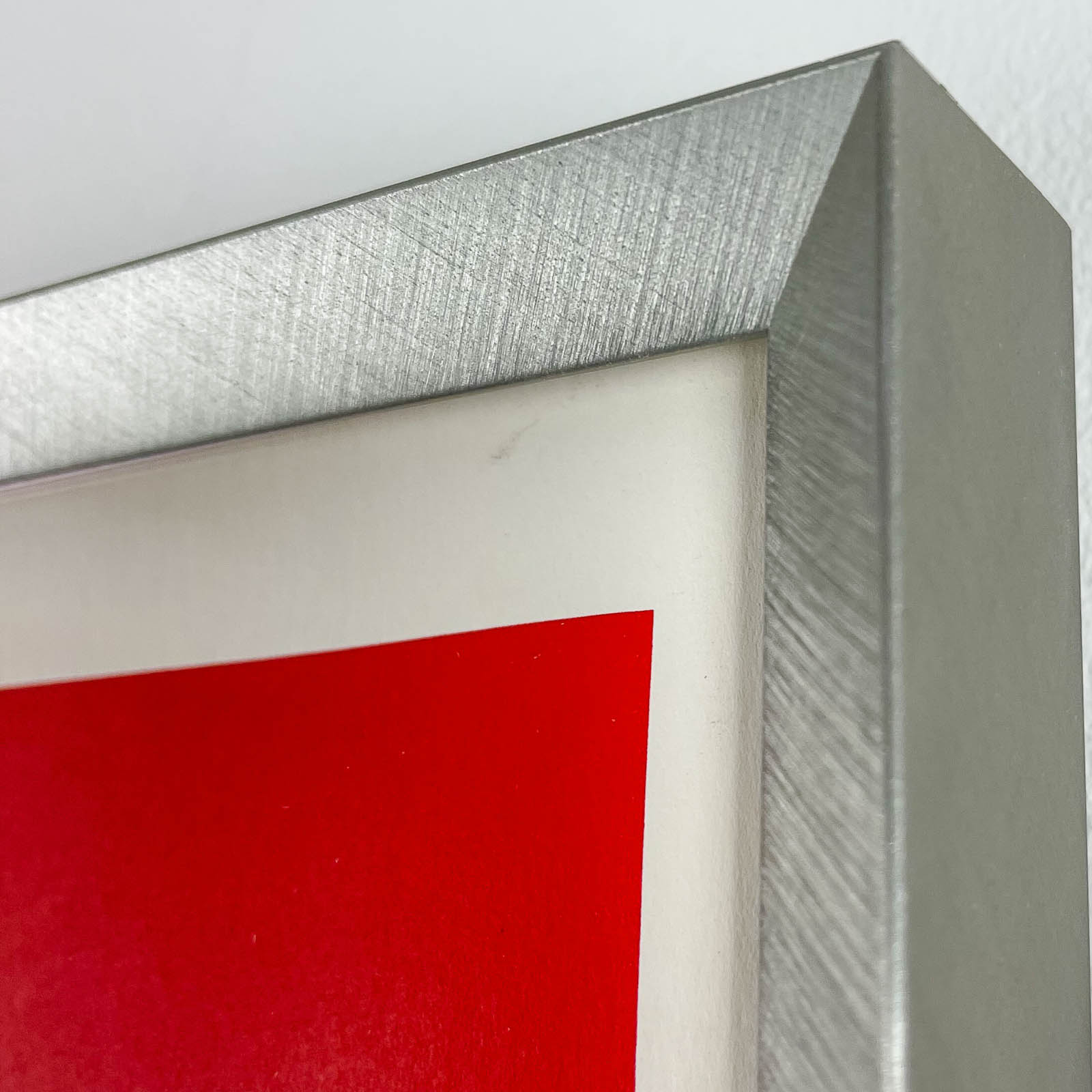 Robert Indiana (pseudonym of Robert Clark) ( New Castle, USA 1928 - Vinalhaven, USA 2018) was an American painter, sculptor and poet. He was a leading representative of pop art and created the internationally famous LOVE symbol in 1964.

Indiana had his first solo exhibition in 1962 at Eleanor Ward's Stable Gallery, which at that time also represented Cy Twombly and Robert Rauschenberg.

In 1962 he participated with the work The Black American Dream #2 in the exhibition New Realists, organized in the gallery of Sidney Janis. It was here that pop art first announced itself as a new movement in visual art. In the following years, Indiana would participate in all the important group exhibitions of this movement.

Although the Pop Art movement made Indiana famous, he was never fully comfortable with the consumerist nature of Pop Art as his work often was very politically outspoken. In 1978 Robert Indiana left New York City for good, moving to the remote island of Vinalhaven in Maine, close to where his hero, the painter Marsden Hartley had lived. Since then he rarely gave interviews or engaged in the art world, yet he continued to align himself with political causes, designing the official poster for Barack Obama's Presidential campaign in 2008.

During his lifetime Indiana had countless exhibitions all over the world, and his work is included in the collections of numerous international museums: among others Metropolitan Museum New York, Museum of Modern Art New York, Tate Modern London, Stedelijk Museum Amsterdam and Hara Museum of Contemporary Art, Tokyo.

"Yield Brother", from the "Decade" suite. Screenprint on heavy wove-paper, 1971. An impactful work where Indiana made use of military signage, stenciled letters and a palette of strong colours creating tension between it's call for peace and the visual language of military posters.

Signed and dated and numbered (46/200) in pencil by the artist. The print also bears the artist's copyright ink stamp. Part of an edition of 230 total: 30 artist's proof and a regular edition of 200. The edition was printed by Domberger, Stuttgart (Germany) and published by Multiples Inc. New York City.

Professionally framed in a brushed aluminium frame. Museum-glass was used to minimize reflection. Ready to hang. 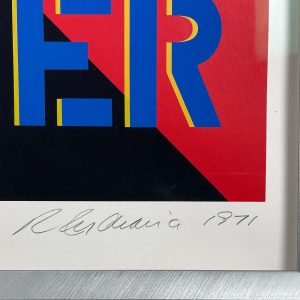