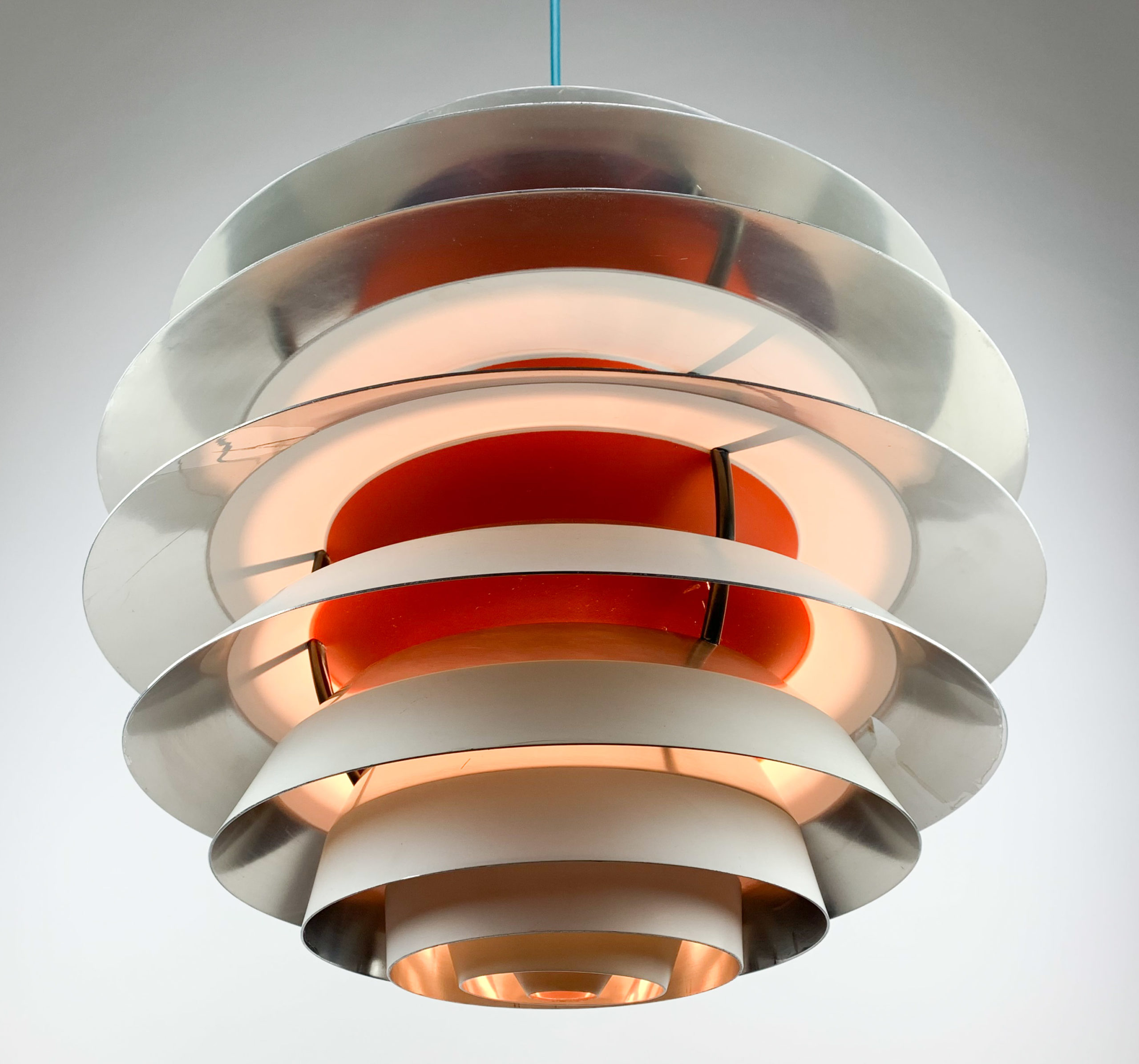 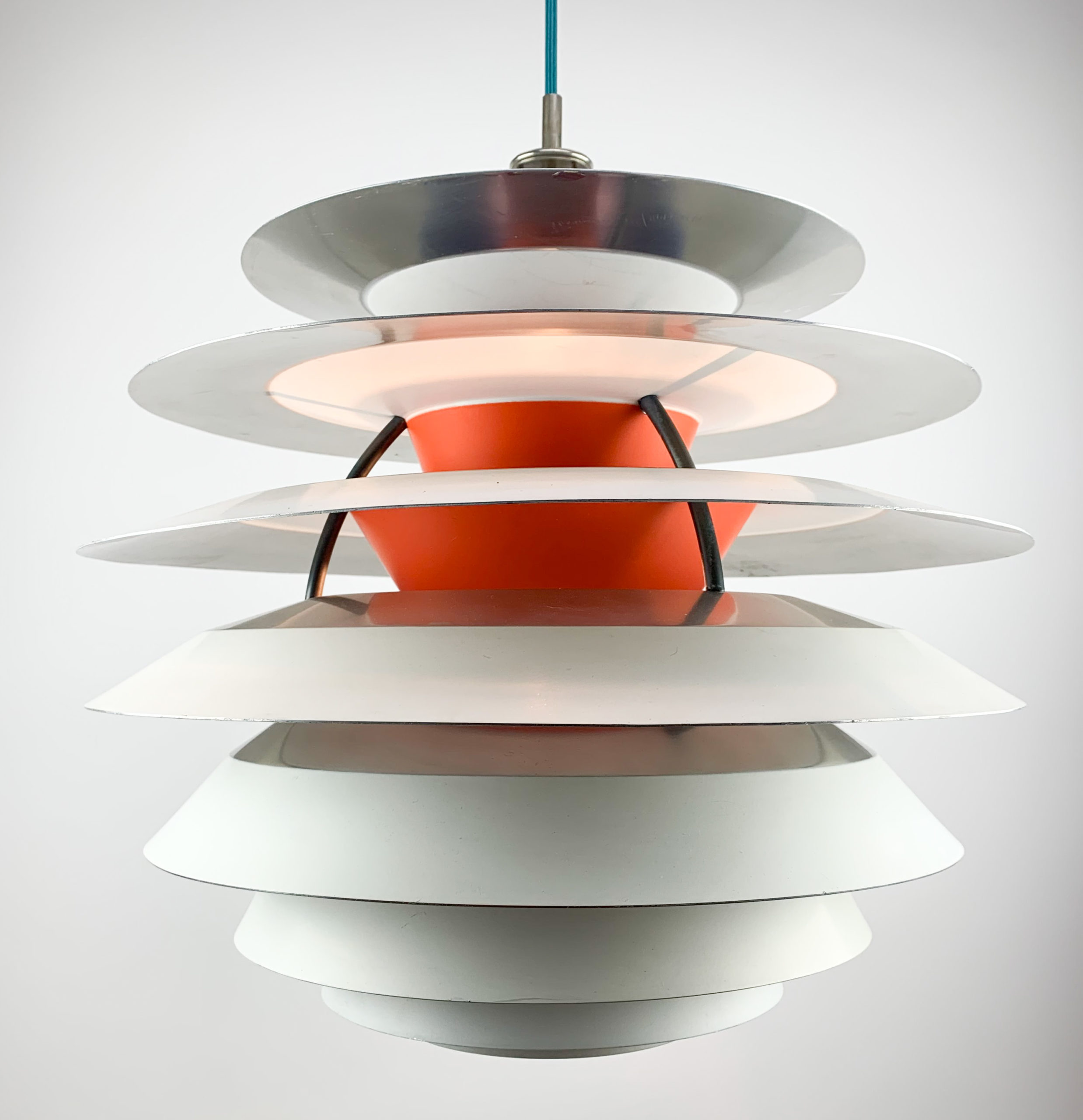 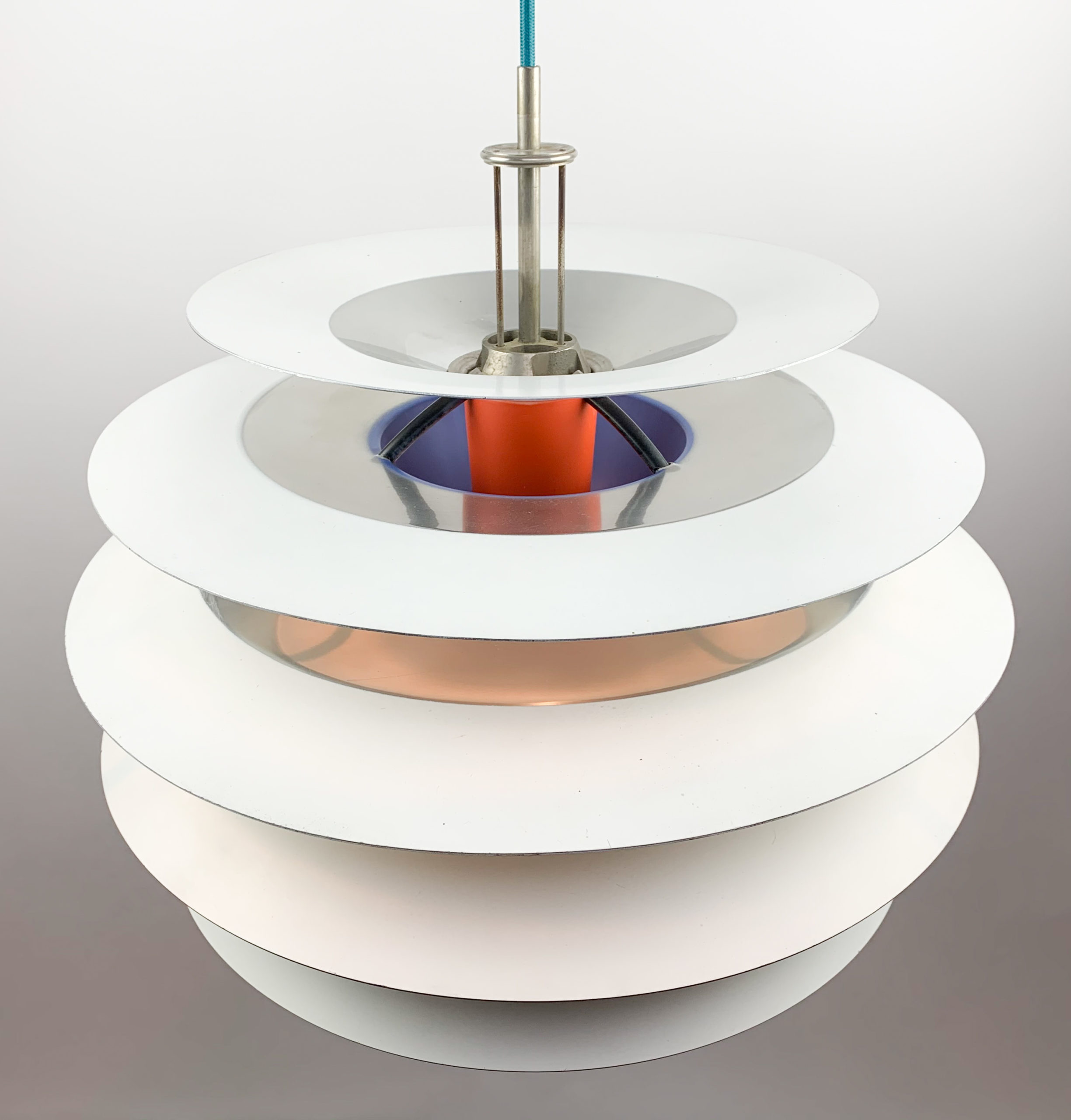 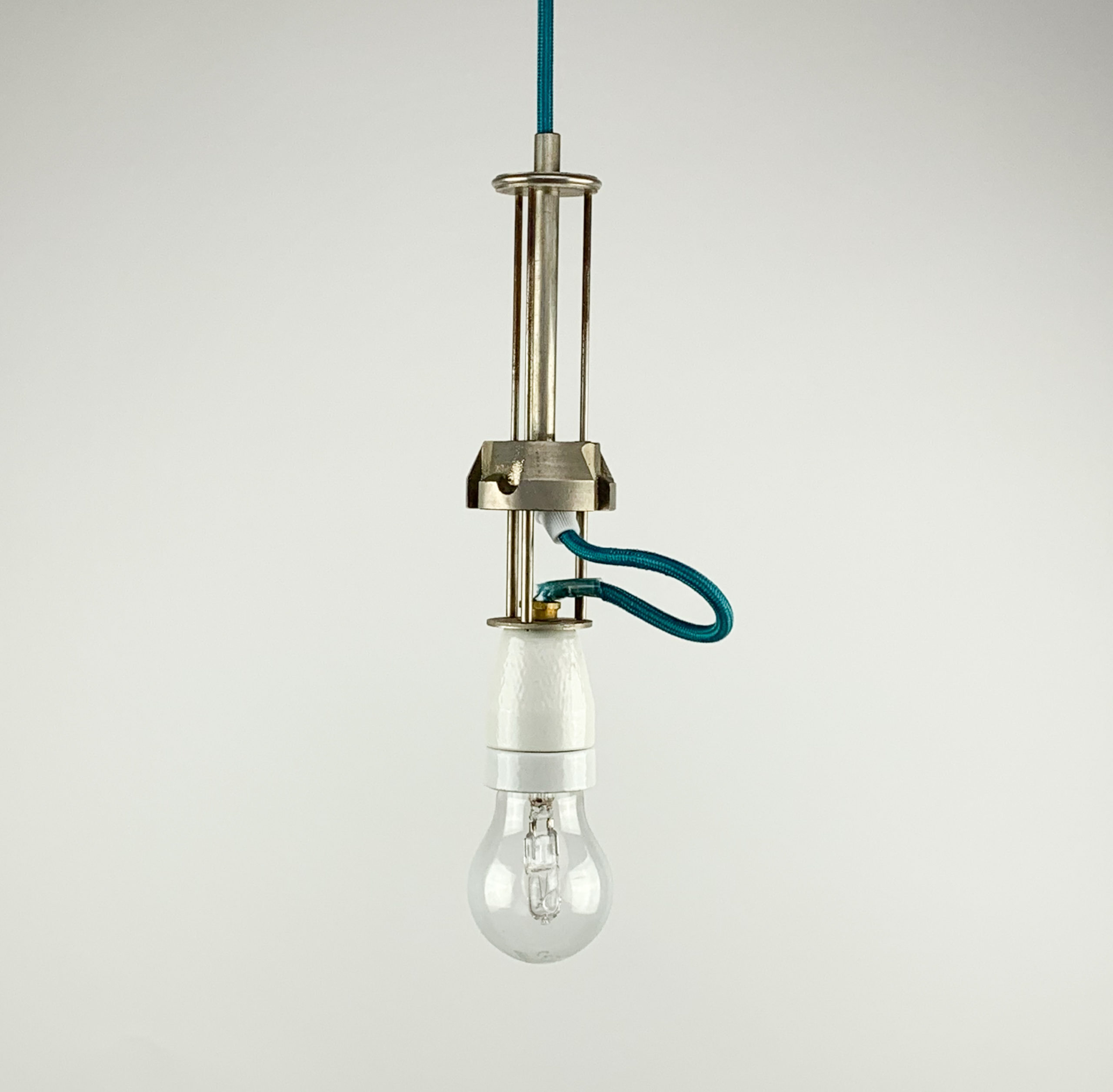 Poul Henningsen (1894 Ordrup, Denmark – 1967 Hillerød, Denmark) was a famous Danish Architect, Designer, Author and Critic. He was one of the leading figures of the Danish cultural live between the two war wars. He is most commonly associated with his design of the PH-lamp series of incandescent lamps.

The first lamps in the "PH" range were shown at the International Exhibition of Modern Decorative and Industrial Arts at Paris in 1925. The PH-lamp which, like his later designs, used carefully analysed reflecting of the light rays from the bulb to achieve glare-free and uniform illumination. His light fixtures were manufactured by Danish lighting manufacturer Louis Poulsen, a company with which Henningsen would build a lifelong working relationship.

Through a hand operated sliding mechanism around the pendant bar, the lightbulb inside the lamp can be moved up and down. By doing so the light follows different paths through the construction, reflecting on the different coloured surfaces. It was this ability to adjust the light’s colour contrast that gave this lamp its name.

For the manufacturer it was a very complicated and expensive lamp to produce, each “PH Kontrast” needed 130 proceedings to produce. For this reason it was discontinued by Poulsen about 30 years ago.

This “PH Kontrast” is in good vintage condition. Some light scratches and wear consistent of age and use. Some light corodation on the pendant sliding mechanism. Some of the lacquer that was applied over the chrome has been rubbed off.

Recently lightly restored by straightening the shades and retouching some spots where the paint had disappeared. We left the rest of the pendant in original condition to avoid over restoring it.