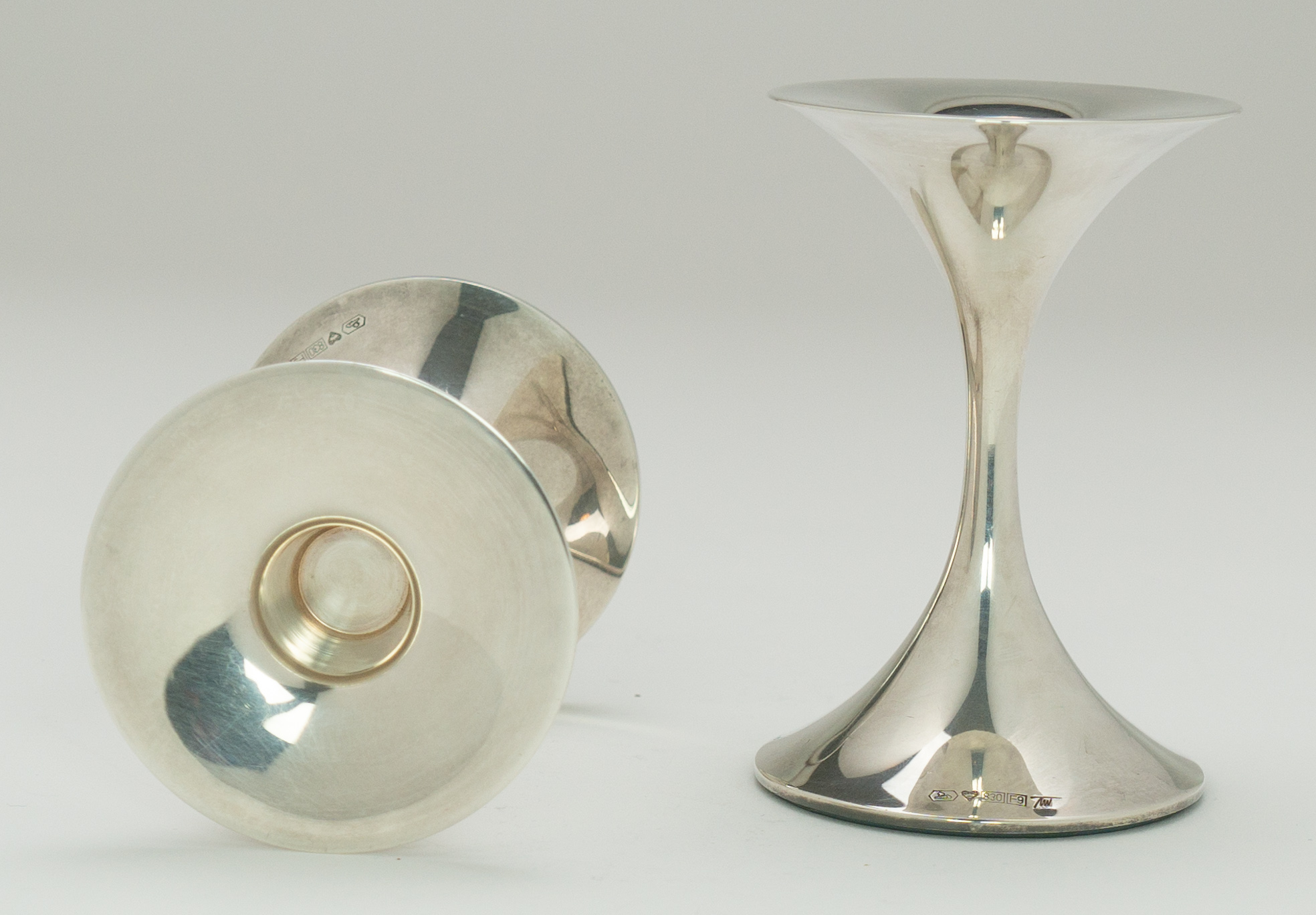 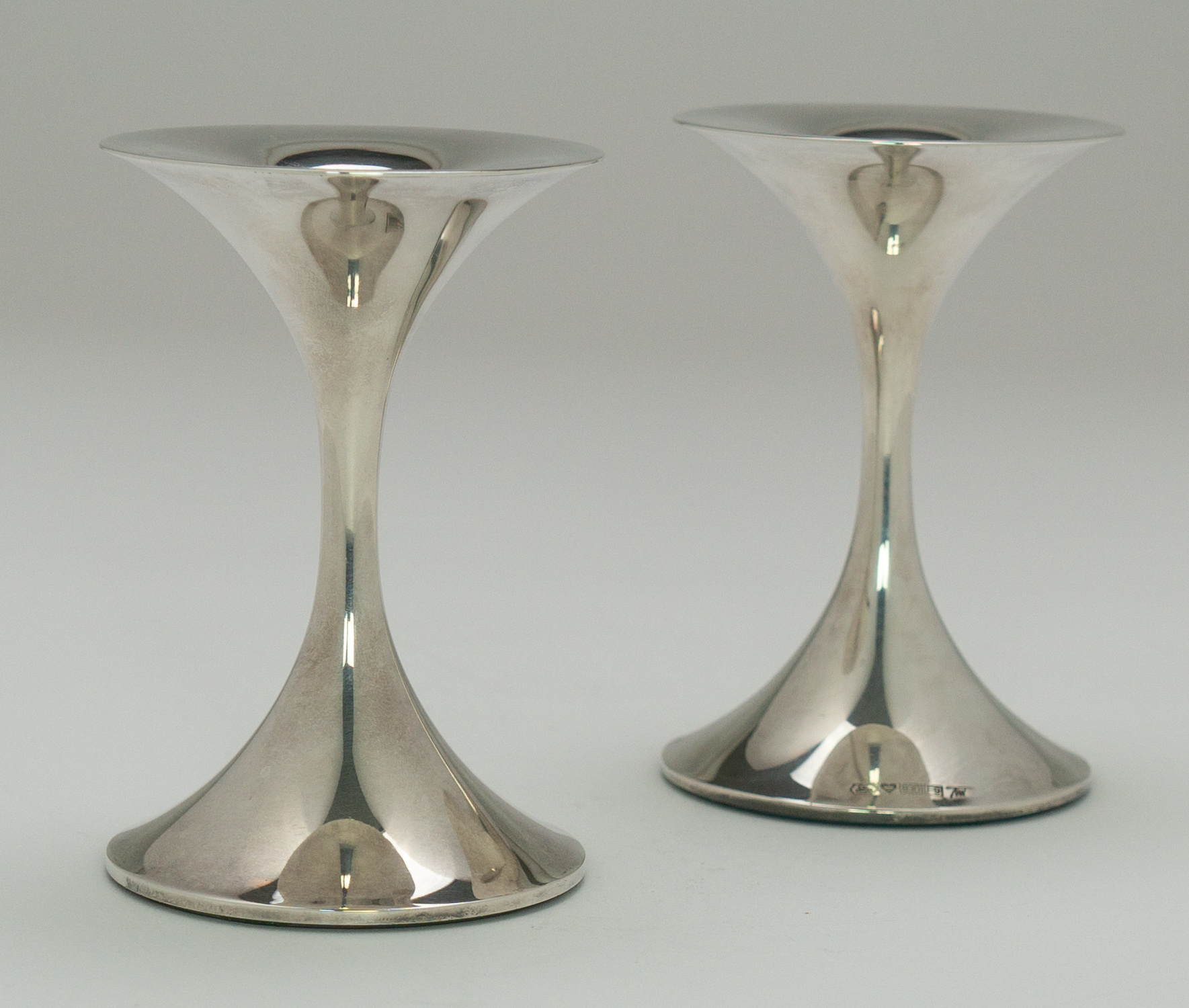 Pair of silver “Trumpetti” candlesticks model TW 284, designed by Tapio Wirkkala in 1963. Executed by Kultakeskus Oy in 2007. Silver fineness is 830, height of the candlesticks is 10 cm.