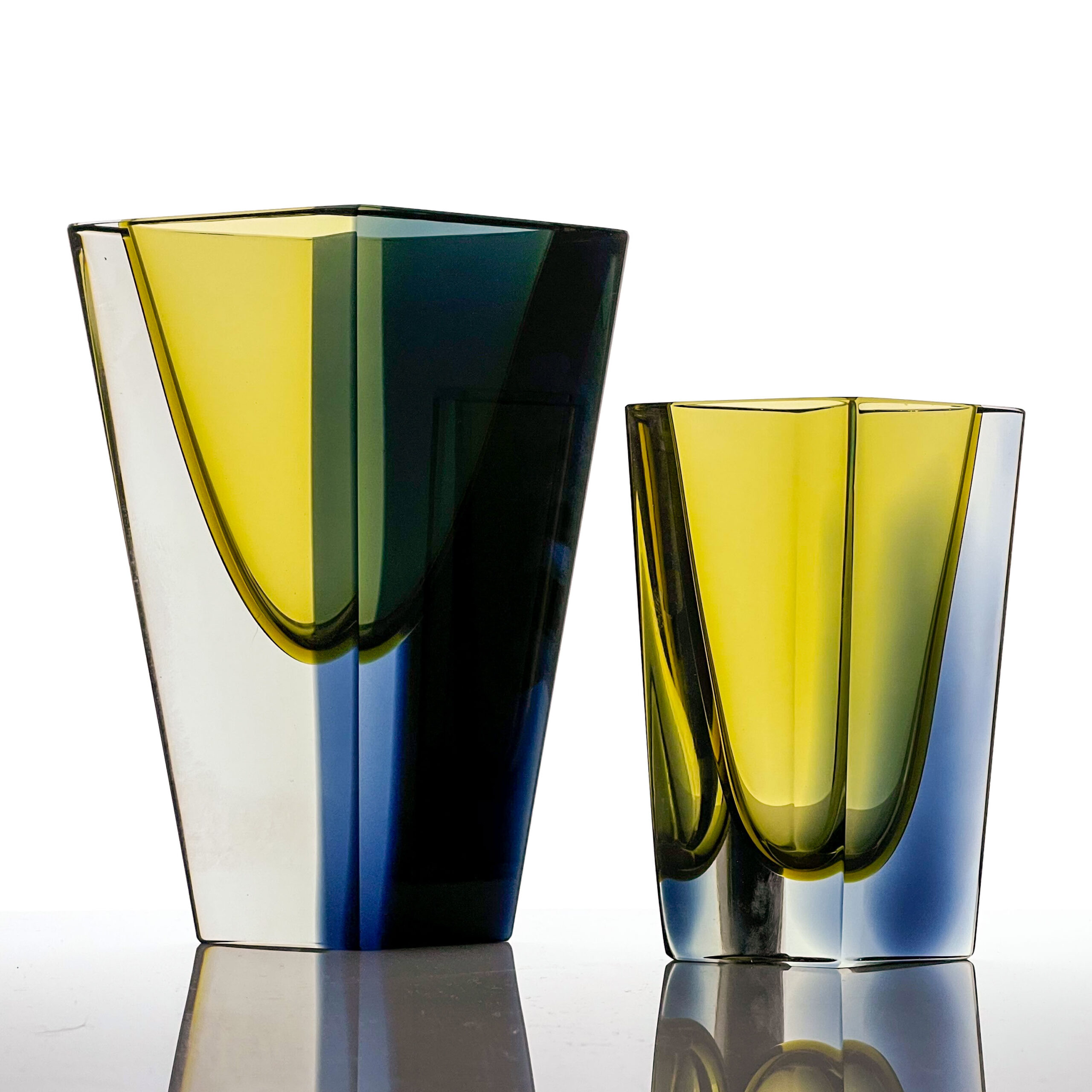 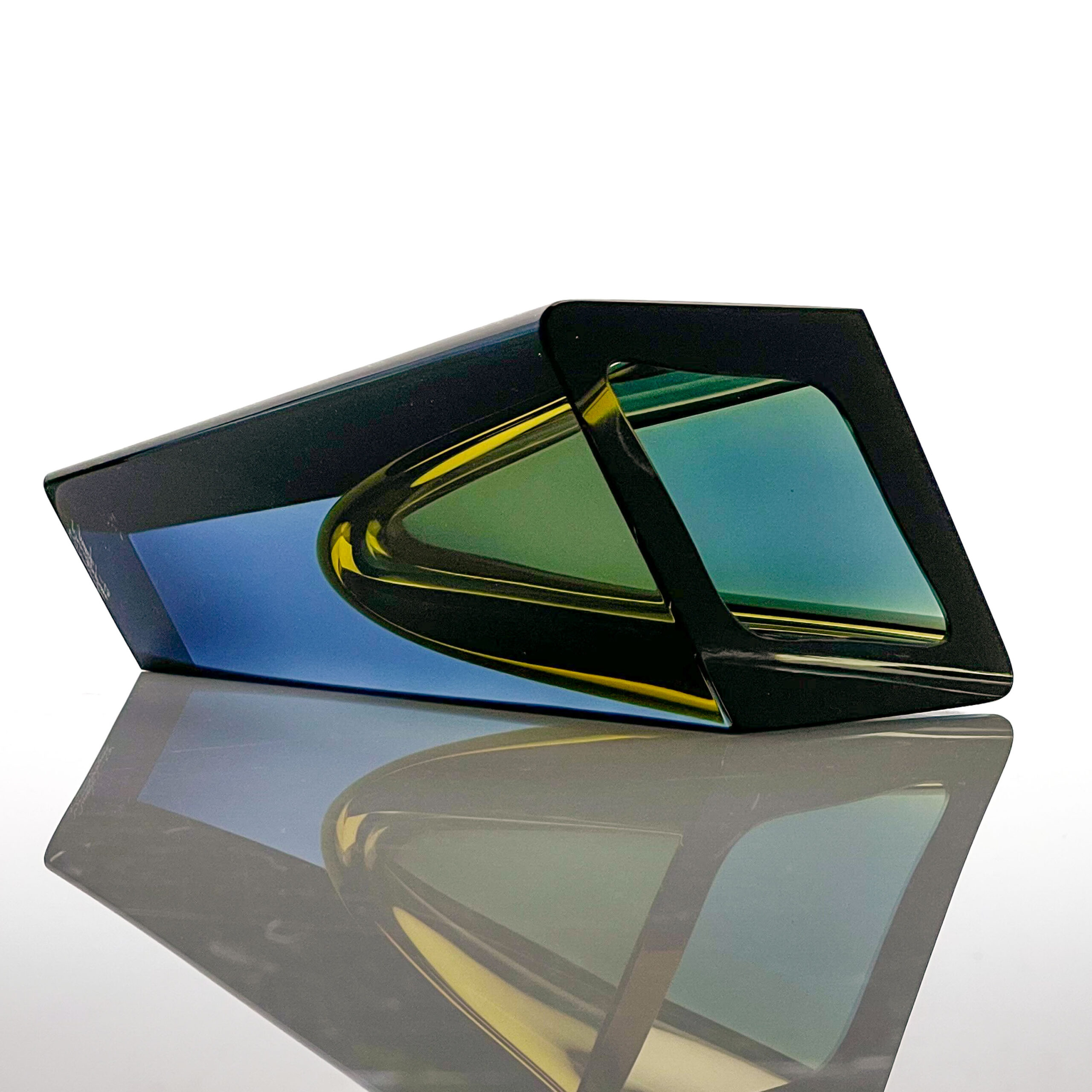 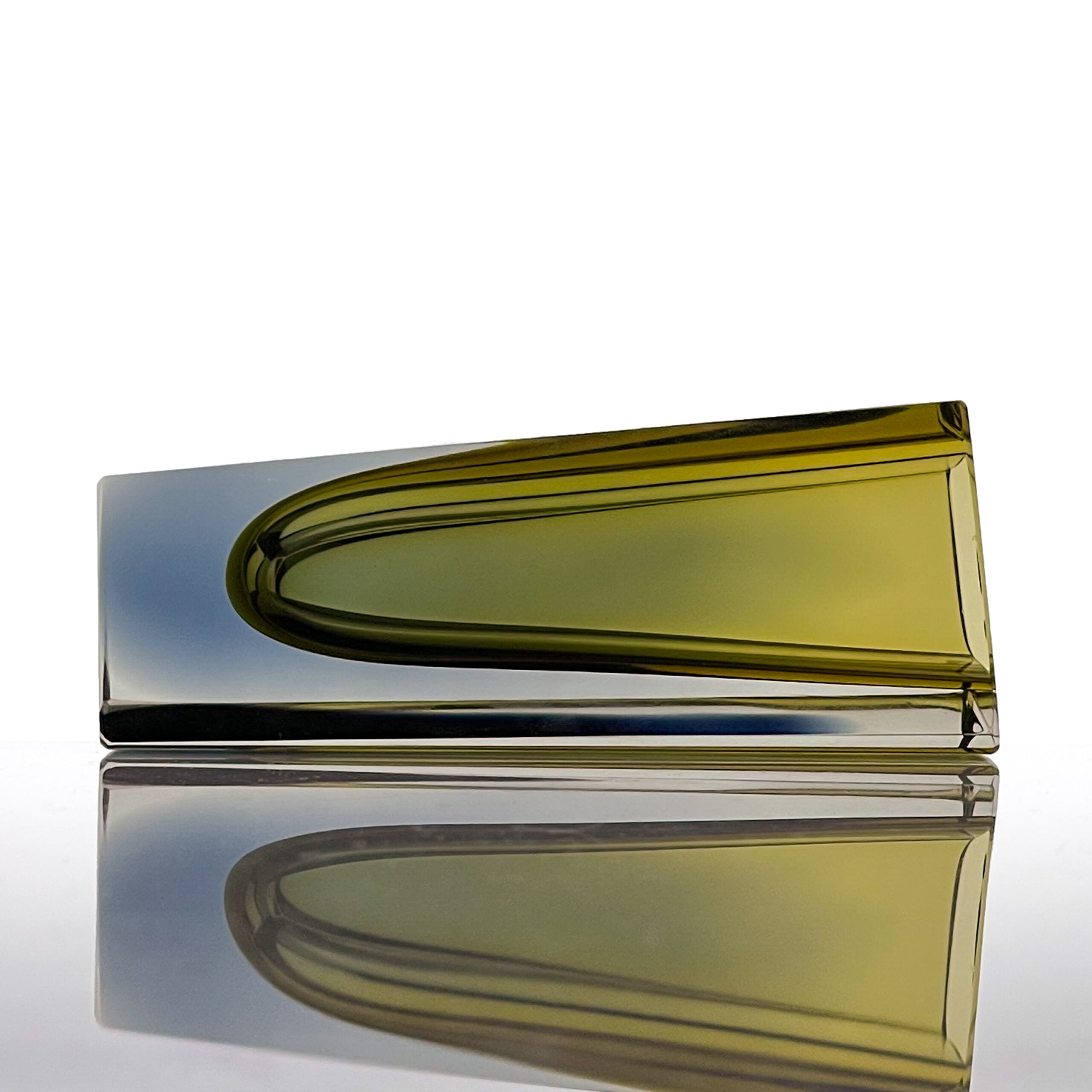 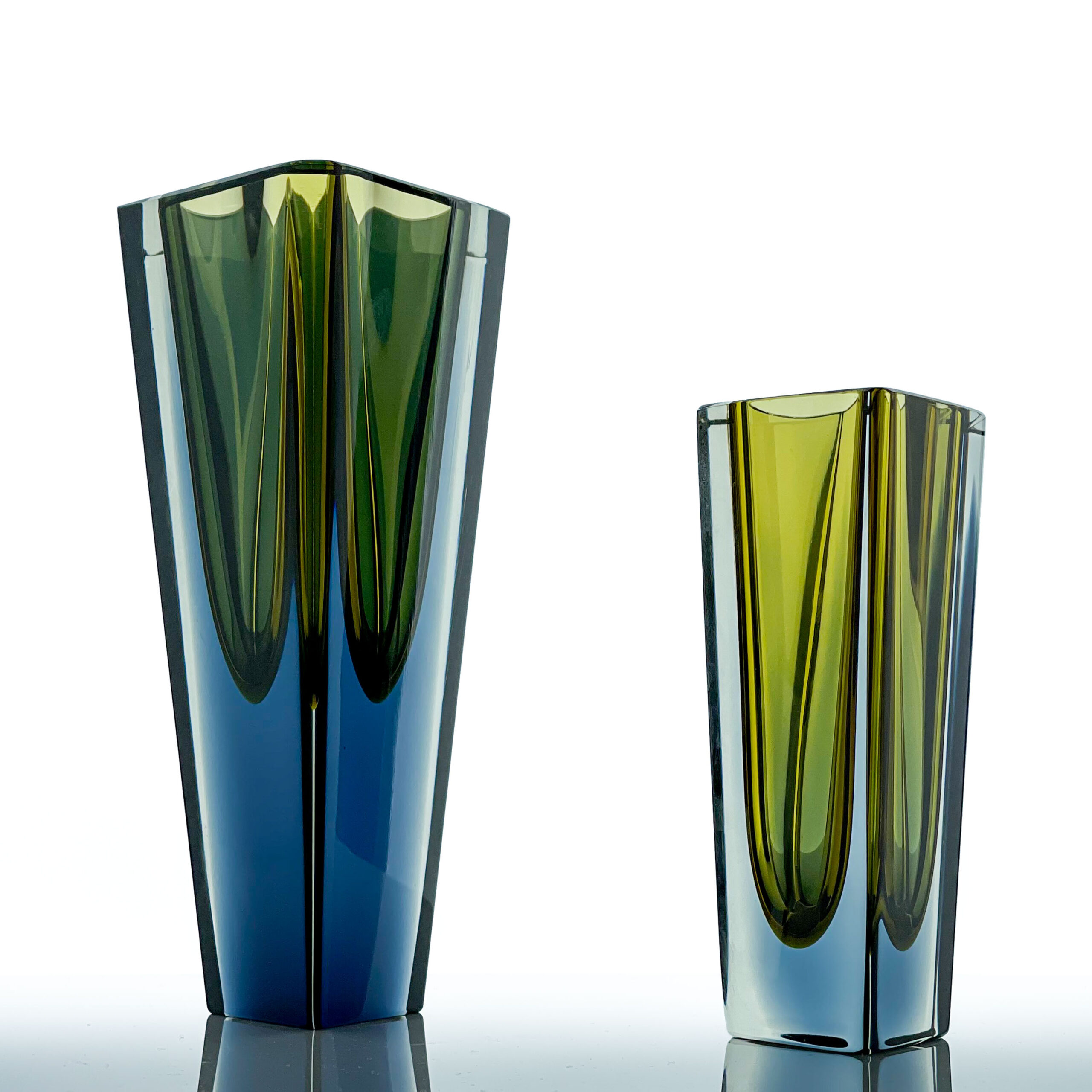 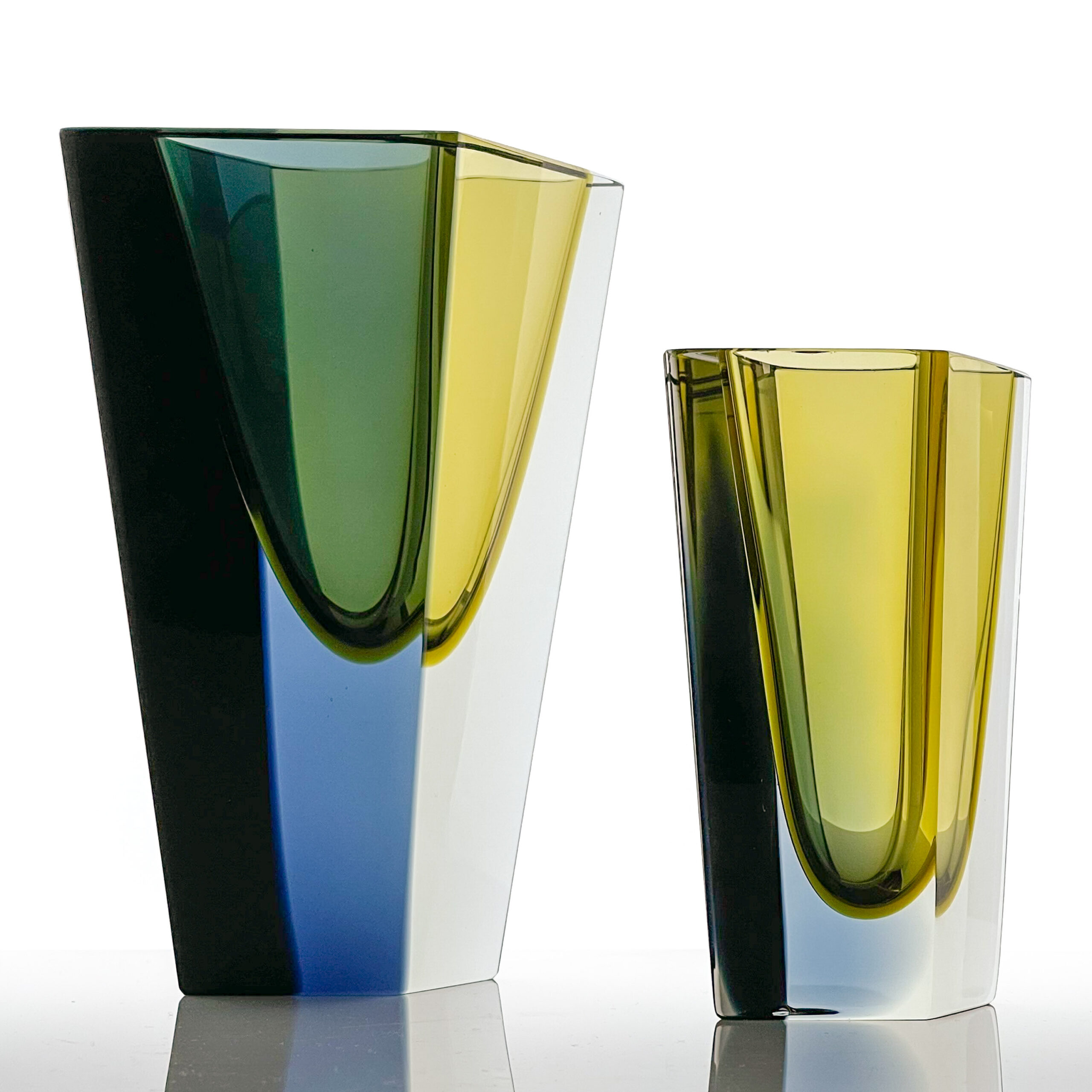 Two free blown, flared and cased glass, facet cut art-objects “Prisma”, model KF 215, in yellow, blue and green hues. Designed by Kaj Franck in 1953 and executed by the Nuutajärvi-Notsjö glassworks, Finland in 1963 and 1964. 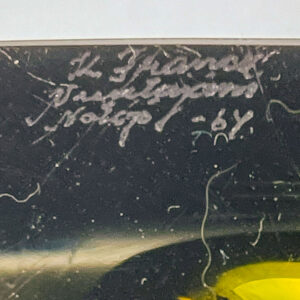 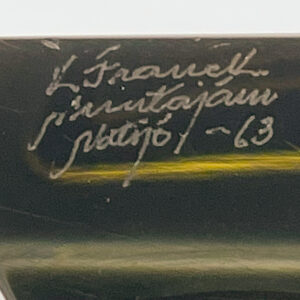 Both Prisma's are in good condition, some minor scratches and wear consistent with age and use.