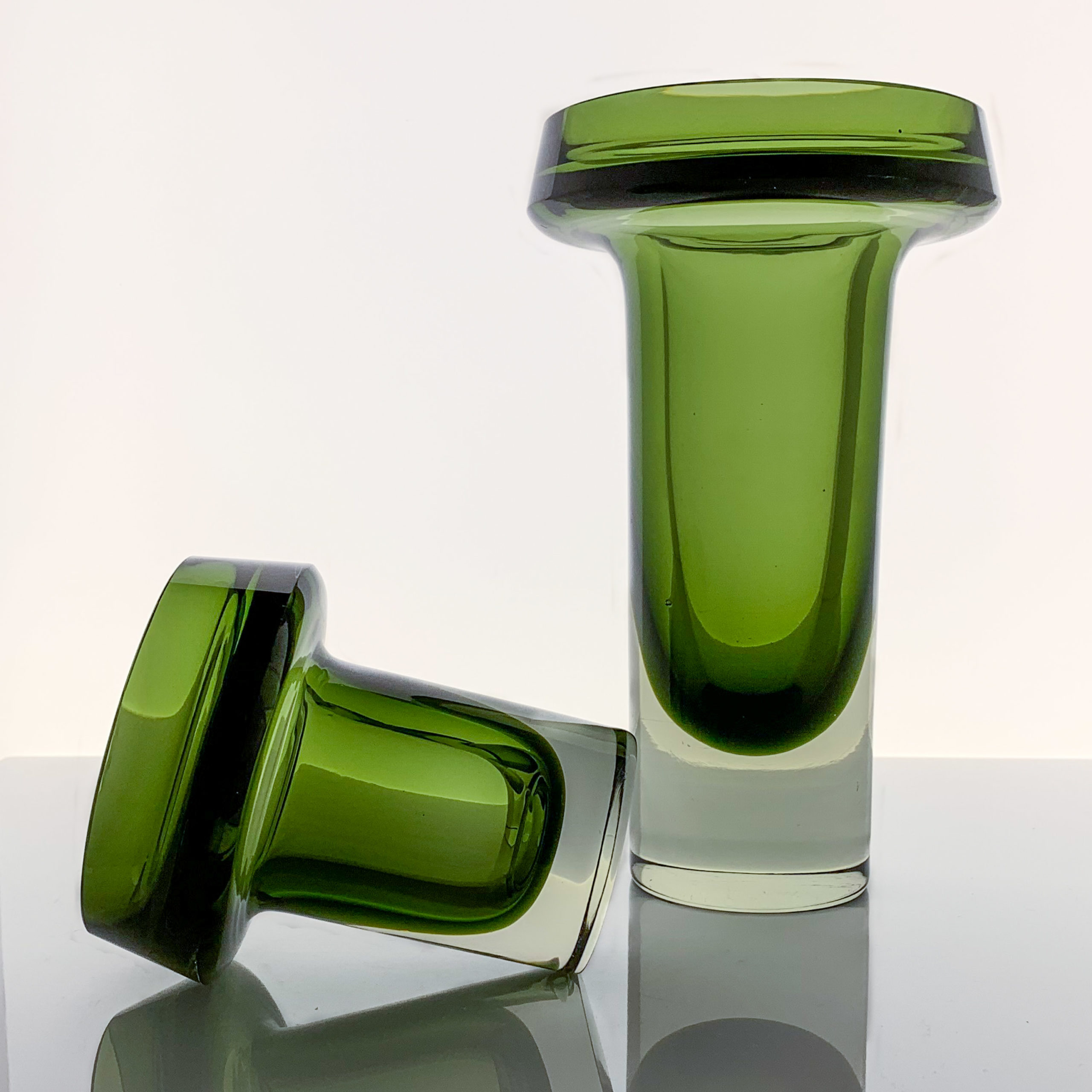 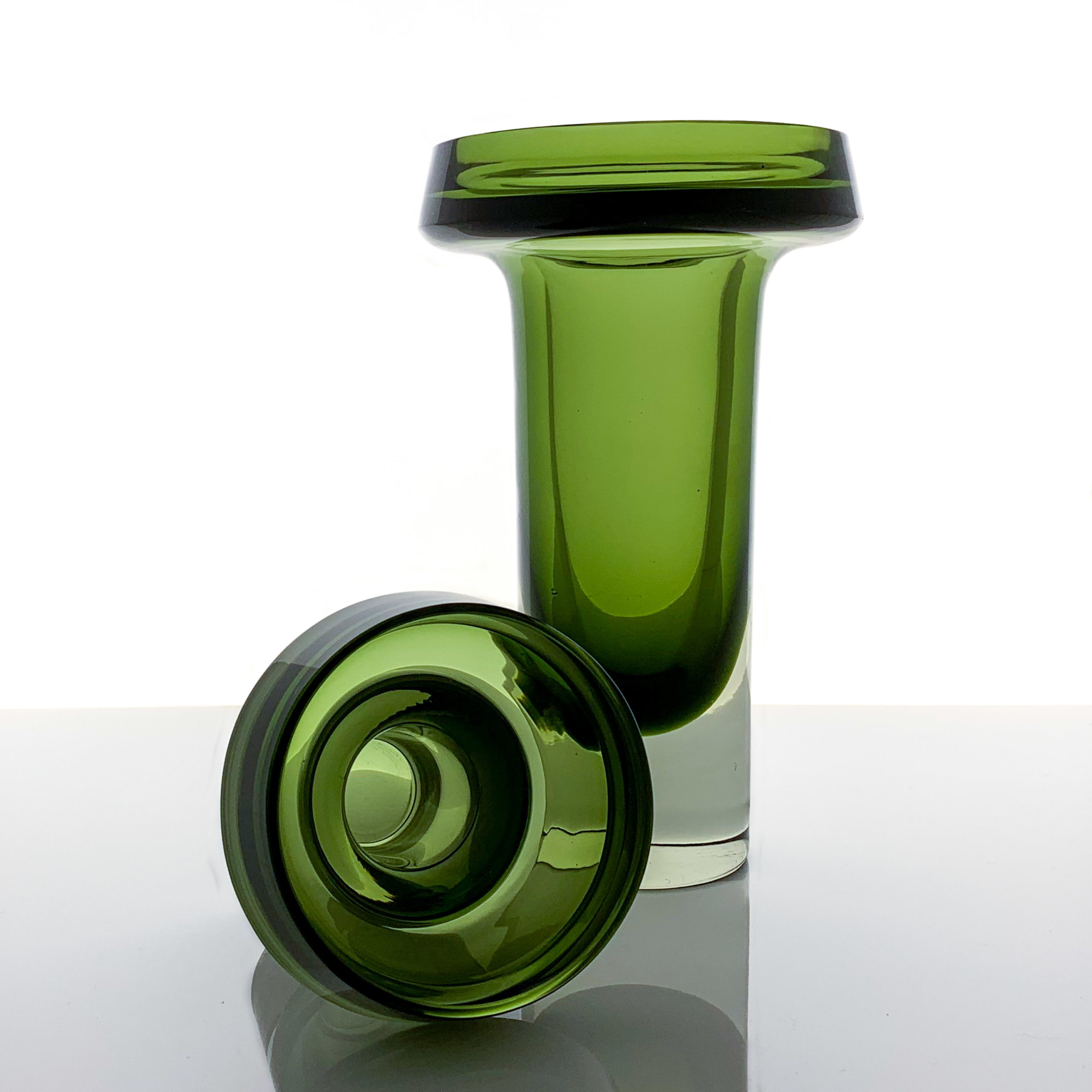 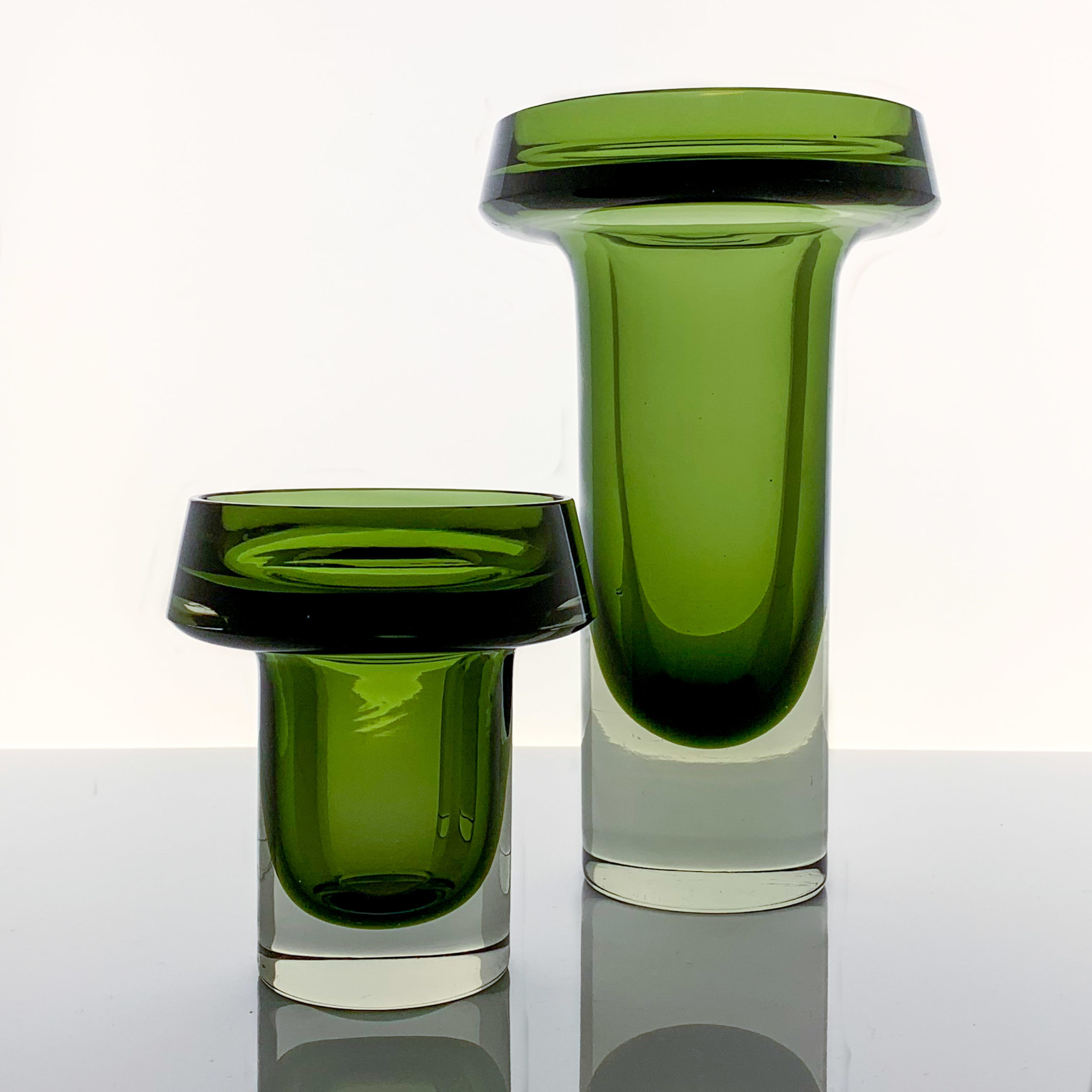 Two green and clear cased glass, turned mold blown and cut art-objects, model KF 260, designed by Kaj Franck in 1960, both were executed by the Nuutajärvi-Notsjö glassworks in 1960. 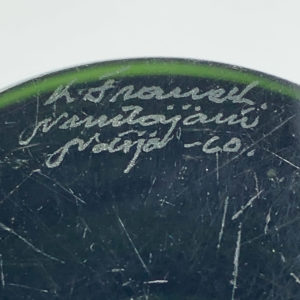 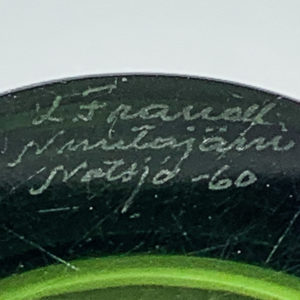 These art-objects are in good condition, some minor scratches and wear consistent with age and use.