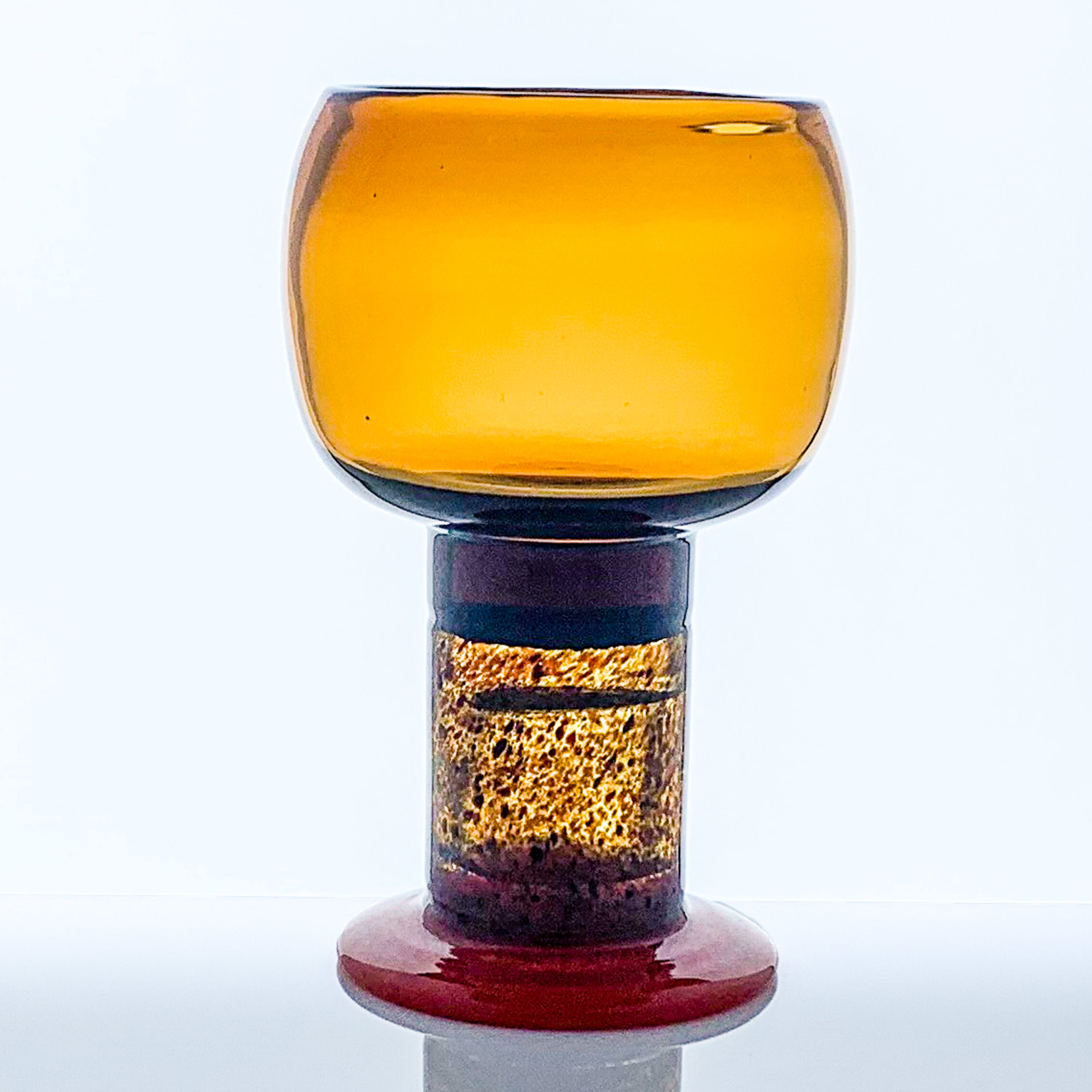 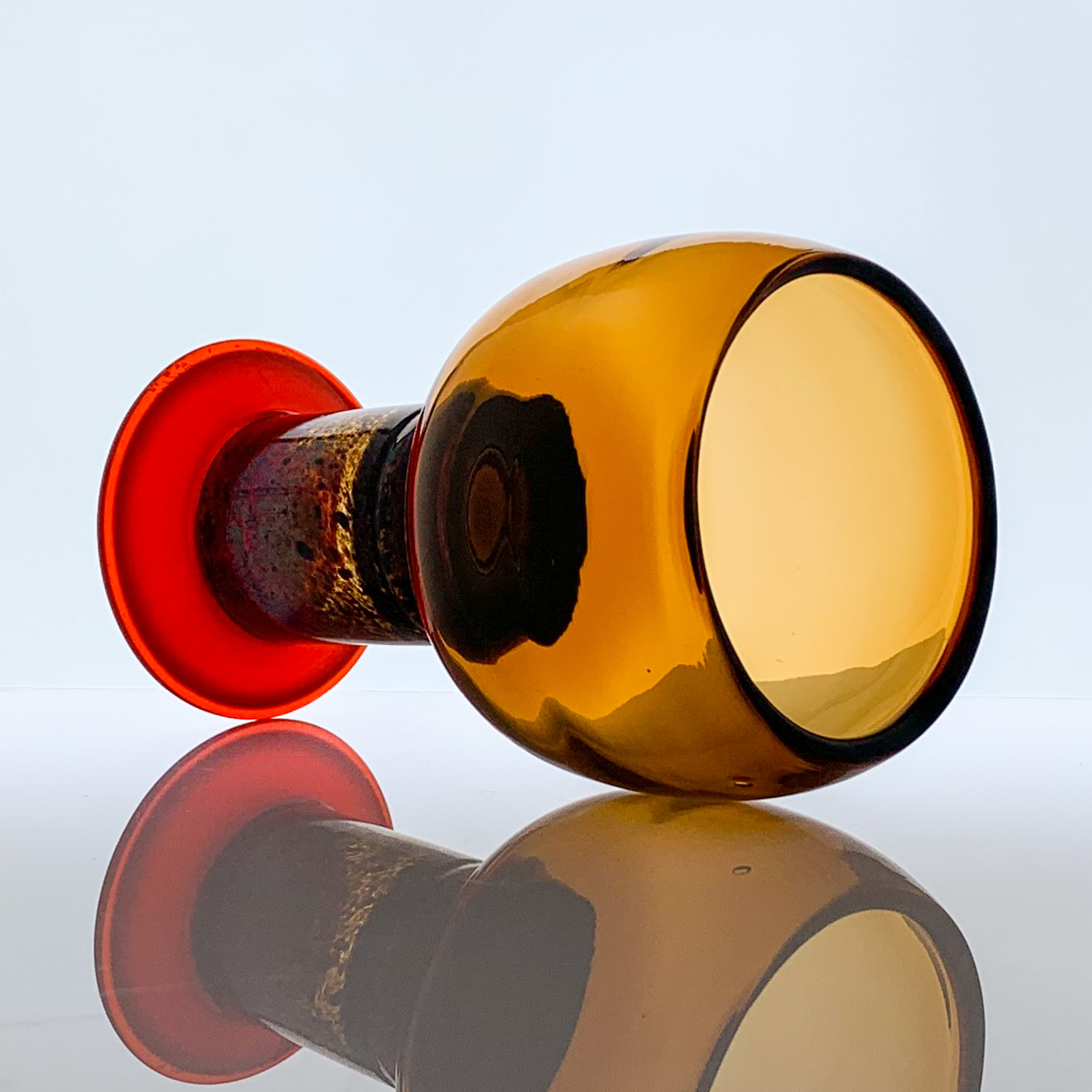 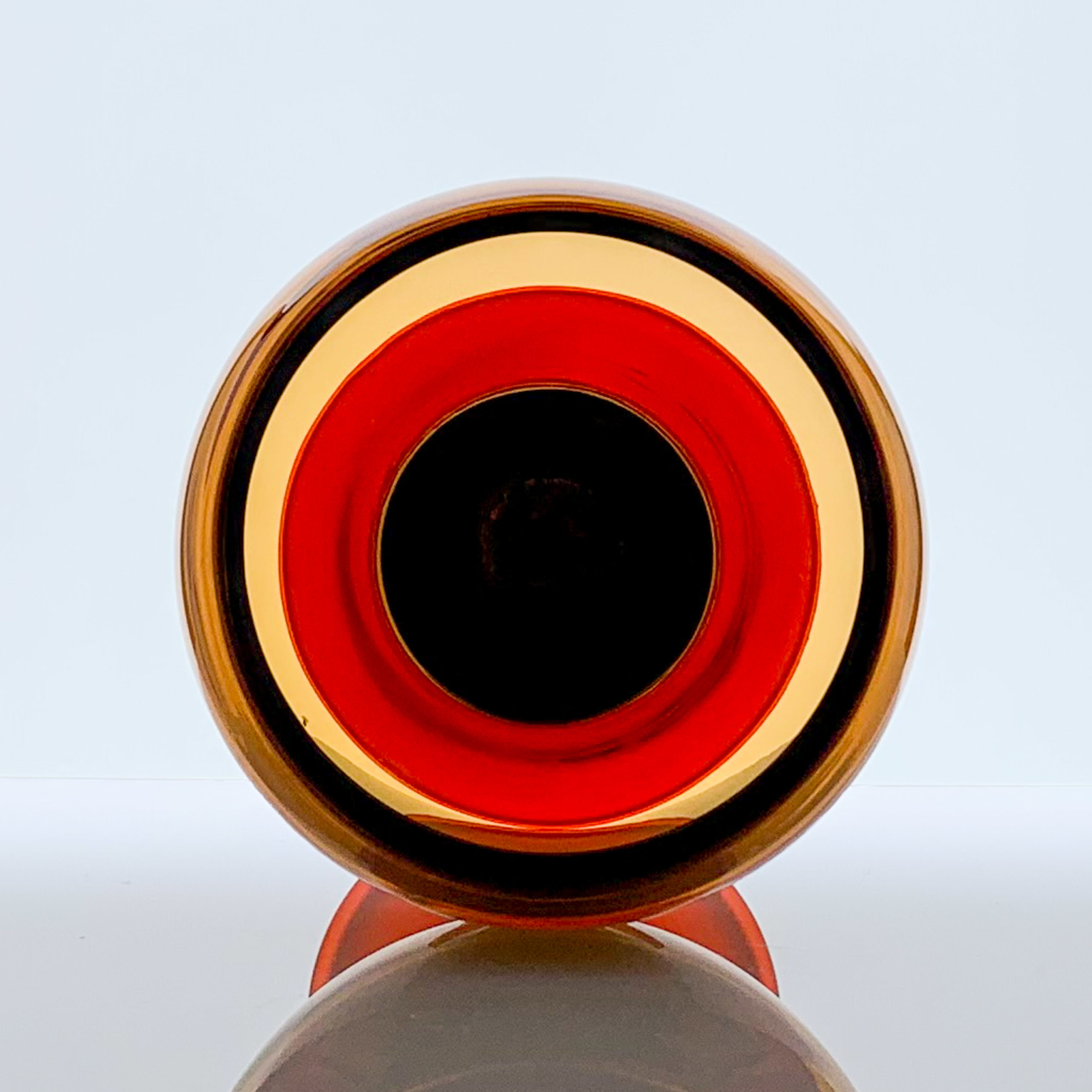 Born in 1911 on the Finish Russian border in a family of architects (his grandfather was director of the famous Arabia Ceramics factory) of Finish-German-Swedish decent.

Today his name is used for the prestigious “The Kaj Franck Design Prize” annually awarded by the Finish Design Forum.

Amber, black and red coloured, turned moldblown, flared art-object, model KF 261, on speckled glass stem. Designed by Kaj Franck in 1972, executed by the Nuutajärvi-Notsjö glassworks circa 1975. These art-objects / goblets were made between 1972 and 1977 in several color combinations. 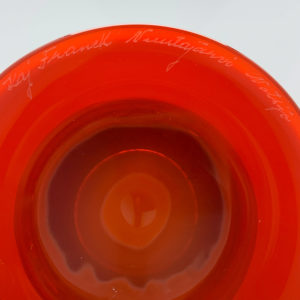